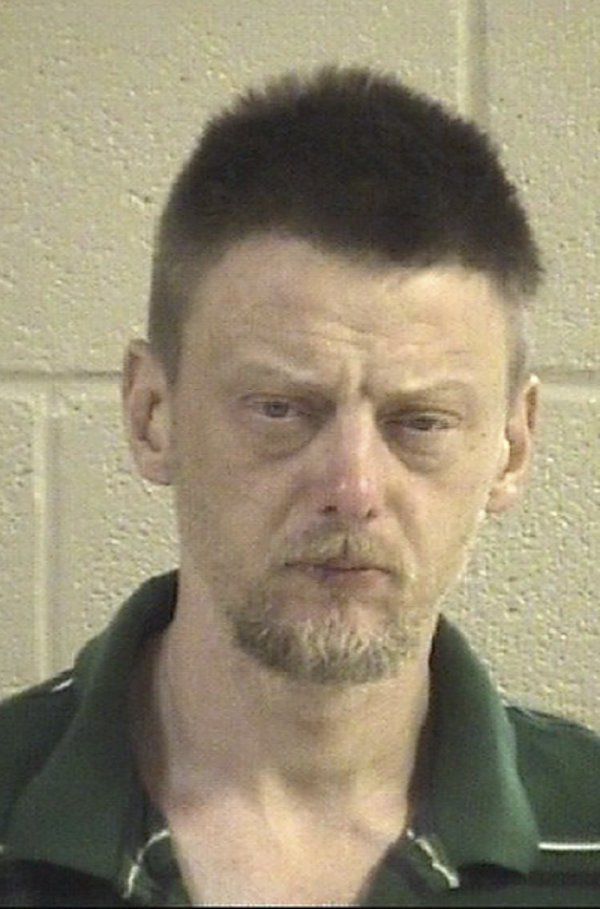 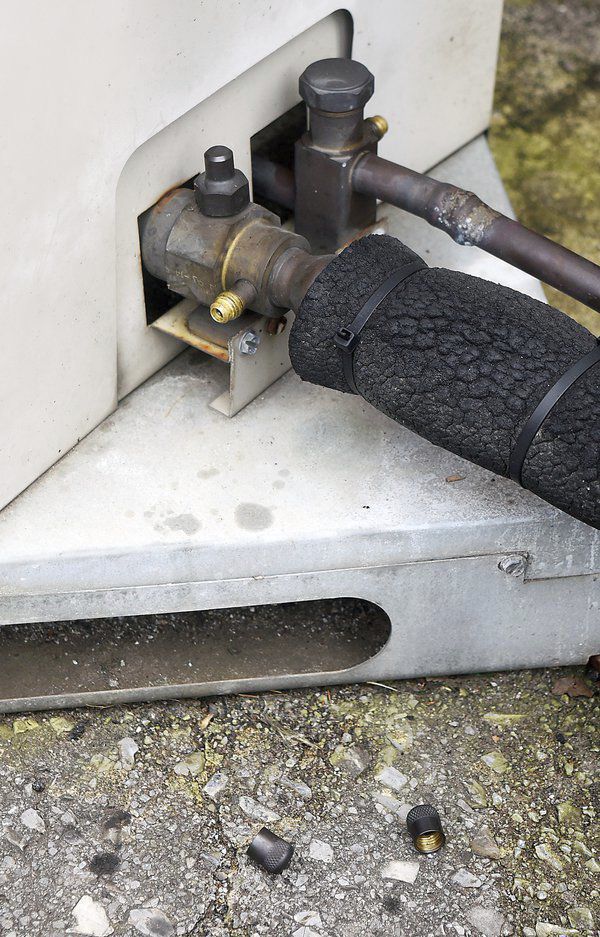 The caps to the access points for the freon gas were removed and left beside the air conditioning units at SuperBody Fitness in Dalton, Georgia. 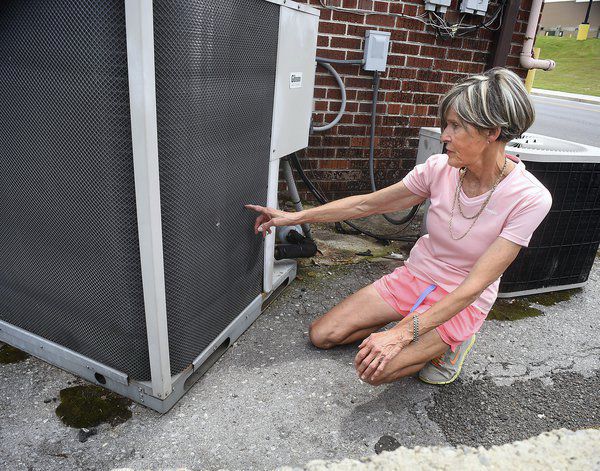 Ruth David points out a hole punched in the air conditioning unit behind SuperBody Fitness in Dalton, Georgia, on Thursday.

The caps to the access points for the freon gas were removed and left beside the air conditioning units at SuperBody Fitness in Dalton, Georgia.

Ruth David points out a hole punched in the air conditioning unit behind SuperBody Fitness in Dalton, Georgia, on Thursday.

DALTON, Ga. — A few North Georgia business owners now know why they have been losing Freon out of their air conditioning units and dollars out of their pockets.

The Dalton Police Department arrested a man who was caught “huffing” Freon from an air conditioning unit at a local fitness center shortly after midnight Thursday. The arrest came after increased patrols in the area following a rash of recent reports of Freon loss by three businesses and one multi-unit residence.

Cases of adults and teens huffing air conditioning coolant have been reported in cities and states throughout the United States, with some resulting in death.

Mitchell Brent Harrison, 39, of Ringgold, Georgia, was charged with misdemeanor theft by taking, loitering or prowling and criminal trespass. Police spokesman Bruce Frazier said after Harrison’s arrest, he admitted to doing the same thing at four downtown locations — hitting the AC units at the fitness center twice — and will face additional charges. Harrison is currently in the Whitfield County jail and his bond has been set at $1,722.50 on the original charges.

When an officer approached Harrison who was lying beside an air conditioning unit outside the fitness center, the officer saw that he was "actively huffing" Freon from the unit, according to a police incident report. The officer asked Harrison what he was doing and Harrison "rolled over and stated that he had 'passed out' beside the AC unit." Another officer later asked Harrison how long he had been there huffing the dangerous chemicals and Harrison said approximately 30 minutes.

“We are going to be charging him with four additional counts of theft by taking,” Frazier said. “We have had reports of this in that same general area. At first he denied it, but eventually he has been linked to four other places for a total of five charges. All of them are all in the same general vicinity.”

The list of locations includes the city’s chamber of commerce.

Ruth David, co-owner of the fitness center, said she contacted police Wednesday morning after the air conditioning unit wasn’t working properly and she found Freon was missing from her system. She said she has two units in the back of the building, two units in the front and four more on the top. In addition to the Freon, David reported a "quarter-sized" puncture in the side of a unit that had not been there before.

“I guess they take the cover off the valve, push the valve and put something over their head and inhale the whole thing until it is empty,” David said. “There is no telling how long he had been back there. It looks like it would kill him.”

According to the police incident report, when Harrison was found beside the air conditioning unit the caps to the Freon valves were off and two small sticks were lying by the unit. He told officers he was "addicted to huffing Freon."

Rob Bradham, president and CEO of the Greater Dalton Chamber of Commerce, said when the air conditioning at the chamber didn’t work, he had no idea what had caused it. He said new valves have been placed on the two units at the building to help deter any future thefts.

“The valves that you undo in order to huff the Freon — which I had no idea was even a thing — you can get locking valves,” Bradham said. “So we have replaced our valves so that hopefully it won’t ever happen again.”

The Chamber of Commerce building is owned by the city of Dalton. Human Resources Director Greg Batts said replacing the coolant in the tanks of the units is expensive for city taxpayers.

“Both of those units were drained and they were somewhat old so they had to be filled with the older type of coolant,” Batts said. "Just the Freon for both units was a little over $900 not including the service call, so you are looking at more than $1,000 total.”

David said her business was looking at replacing at least 20 pounds of coolant and had no idea how much the total cost was going to be.

“I haven’t been given a statement yet, but (the technician) had 35 pounds of Freon in his container,” she said. “It will cost quite a bit of money. There is no telling how much.”