MANKATO — Curious fans of Mankato's creative community filled the Twin Rivers Council for the Arts gallery Tuesday to check out the city's latest strategic plan to support and promote the arts.

The plan, in the works for more than a year, is in its final stages. Tuesday's open house event gave anyone interested a chance to give the committee that came up with the plan some last-minute advice.

Barring major additions, the plan will go to the Mankato City Council for approval before its five parts move to the implementation phase.

The five parts of the plan are: Community Design (creating art-friendly creation spaces), Promotion and Support (make marketing of Mankato as an artist-friendly community a priority), Arts and Culture Access (remove cultural, economic, racial and social barriers to accessing the arts), Financial Resources (raise money), and Tourism and Economic Vitality (let the world know Mankato is an art-friendly community).

Each of the five areas comes with several key recommendations and a list of "first steps" the group hopes to take immediately. (The entire document is available at twinriversarts.org/arts-culture-strategy. The document, Lawton points out, doesn't contain all the group's ideas or summarize all its efforts; it contains the high points, and the items on which action can be taken soon.)

"We feel like we have a pretty good handle on what all the stakeholders want," Lawton said.

Concrete plans haven't been ironed out yet. When the plan is approved, more specifics should be on the way.

The plan, which maps the city's arts and culture strategy through 2027, has an impressive act to follow. The previous version led to the CityArt Walking Sculpture Tour, Riverfront Park, the establishment of the City Center Partnership (a downtown development organization) and the construction of the Greater Mankato Events website, among other things.

Tuesday's event gave people a chance to read the document and make suggestions. The document was displayed on poster-sized sheets in the middle of the room. Graphic storyboards created by local artist Gary Pettis, which simplified the documents' high points, were set up on easels around the room's perimeter.

One of the attendees, Twin Rivers affiliate Amanda Hauman, said she loved the plan so far. An acting coach and teacher, she said she moved to Mankato two and a half years ago and struggled at first to find the arts community.

Once she found Lawton and Twin Rivers, everything changed. As an affiliate (paying member of the arts council) she's been able to follow the progress of the committee working on the plan.

"I see (the plan) as very proactive," she said. "The arts are an integral part of a successful city."

Tom Bliese agreed. He taught in Minnesota State University's theater department for 30 years and remains involved in local arts organizations, including as a board member of the GSR Fine Arts Festival.

He's impressed so far with the city's efforts.

"I have been very pleased with what I've seen in this community in the last few years," Bliese said. "The city is recognizing the value of the arts.

"What makes life have value is its arts and culture," he added. "It's like this: Without art, we exist. With art, we live." 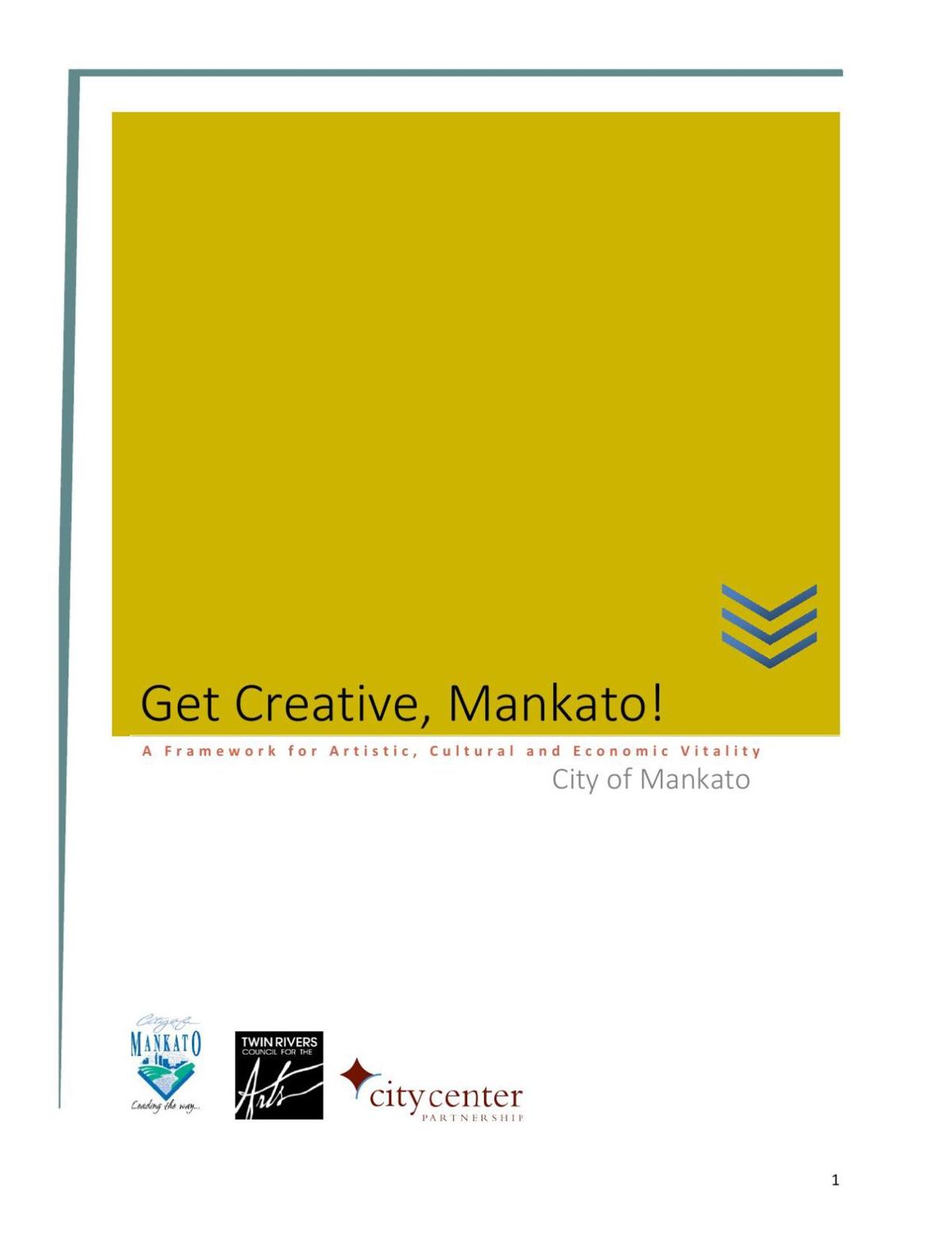