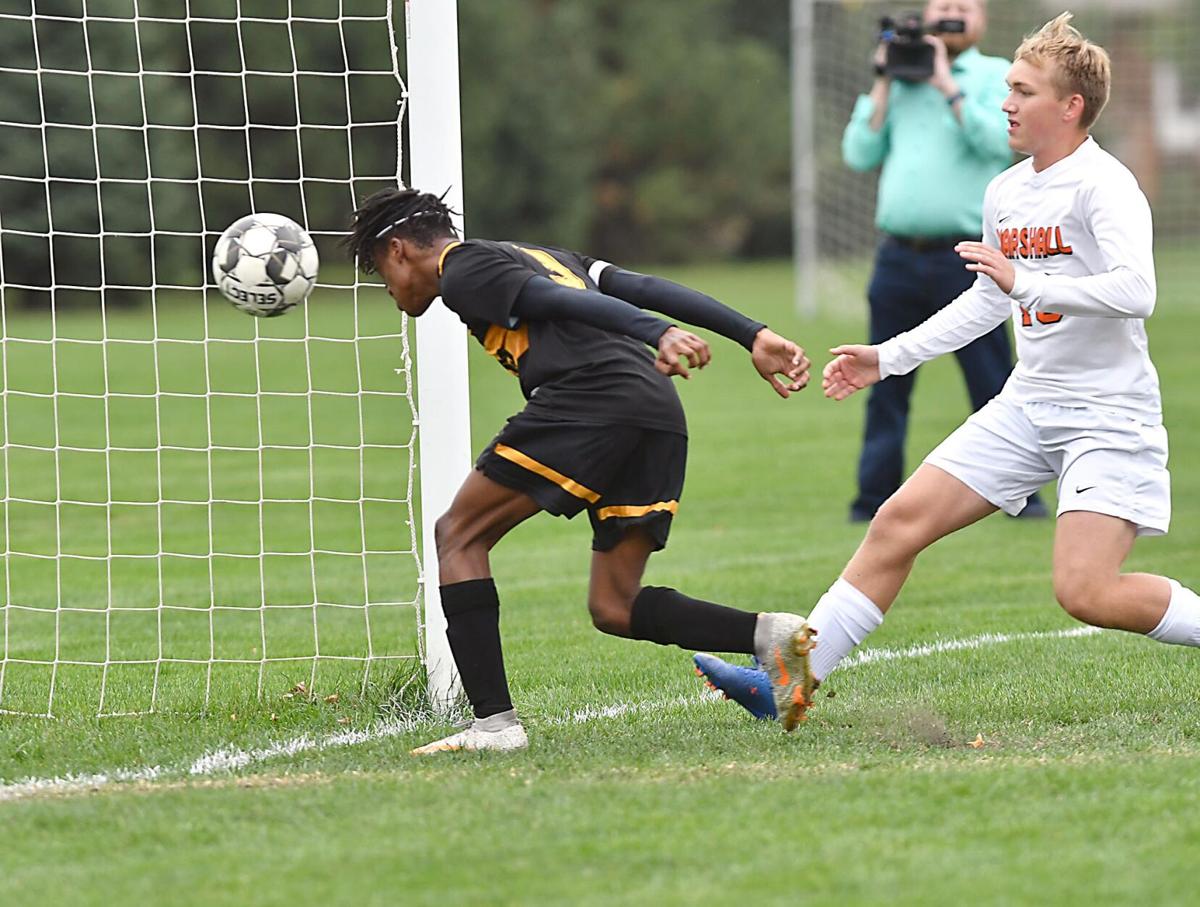 Mankato East’s Omar Abdi heads the ball in for a goal during the first half of a Section 2AA quarterfinal match against Marshall Tuesday at Thomas O. Anderson Field. 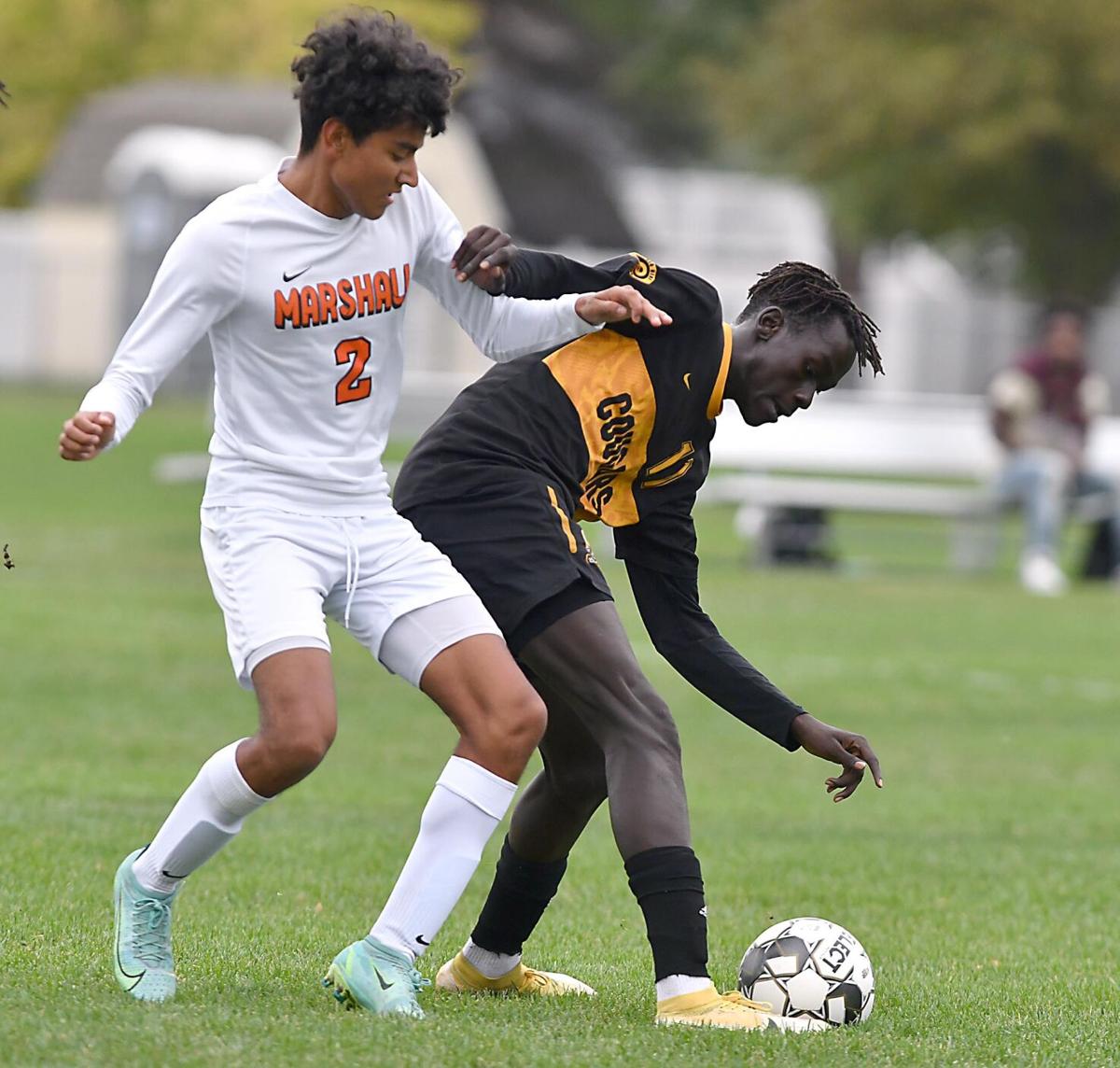 Marshall’s Bryan Esparza (2) and Mankato East’s Bol Bayak (11) battle for the ball during the first half Tuesday at Thomas O. Anderson Field.

Mankato East’s Omar Abdi heads the ball in for a goal during the first half of a Section 2AA quarterfinal match against Marshall Tuesday at Thomas O. Anderson Field.

Marshall’s Bryan Esparza (2) and Mankato East’s Bol Bayak (11) battle for the ball during the first half Tuesday at Thomas O. Anderson Field.

But with a young roster, he figured the Cougars would be the type of team that improved greatly as the season went on.

East appears to be peaking at the right time, as the third-seeded Cougars used three first-half goals to open the Section 2AA tournament with a 4-1 victory over Marshall Tuesday at Kennedy Elementary School.

“Coming in, it was a grind,” Abdi said of the start of the season. “We just started playing as a team, working together. As we’ve done that in practice ... it got us going.”

Many players have improved and others have had to step up after a couple of big injuries.

Starting goalkeeper Owen Quist and starting center back Zach Lebens both suffered significant injuries late in the season, which caused the Cougars to start the playoffs with a different look.

The Cougars had no issues overcoming the injuries Tuesday.

Less than three minutes into the game, Sam Thom got East on the board on an assist from Bol Bayak.

East then converted on a free kick at 24:11. Sergio Hernandez-Cano played a high-arcing ball into the box from more than 40 yards out that was misplayed by the Tigers’ keeper. Abdi was in the box to head it home.

Abdi got his second of the game less than seven minutes later, playing a ball off his chest from just outside the box before ripping home a left-footed boot. Dailan Bangu got the assist.

Abdi, a junior who was voted a captain by his teammates, has taken another step forward after being named East’s team MVP last season.

“He’s just got a boost in him — all go, no quit,” Aspelund said. “He’s kind of turned that maturity corner and blossomed into a good forward for us. Just a relentless guy that doesn’t quit.”

The Cougars iced the game at 20:13 of the second half, when Jacob Petersen made it 4-1 on an assist from Anwar Ali Abdulla.

Shots on goal favored the Cougars 15-6. Metcalfe made five saves in the victory.

East (10-6-1) plays second-seeded Mankato West Thursday at Caswell North. The game time has not been announced.

“We’ve played a lot of good games, but our best game hasn’t come yet,” Abdi said with a smile. “It’s just out there hiding, but I know we’re going to get there.”