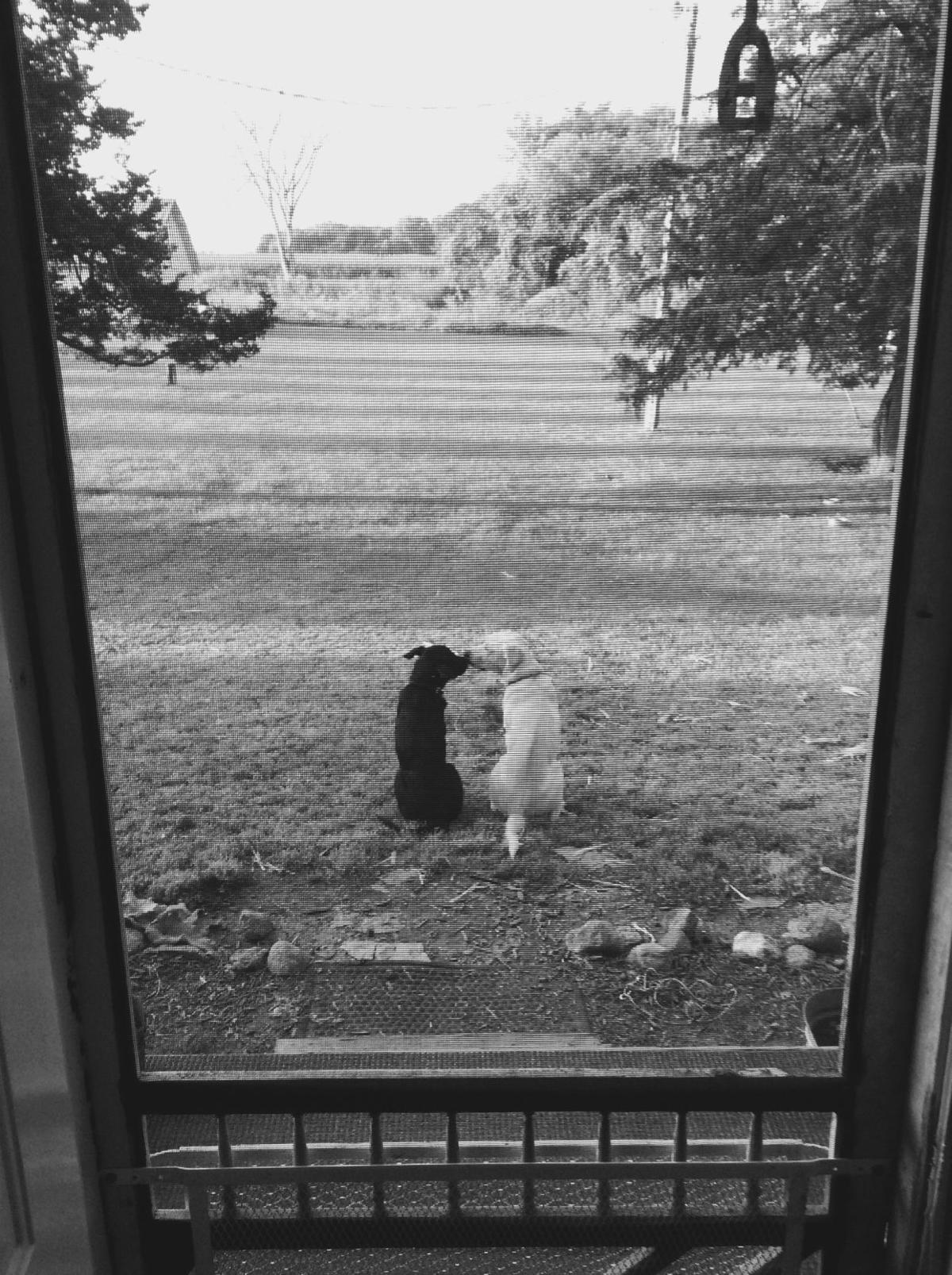 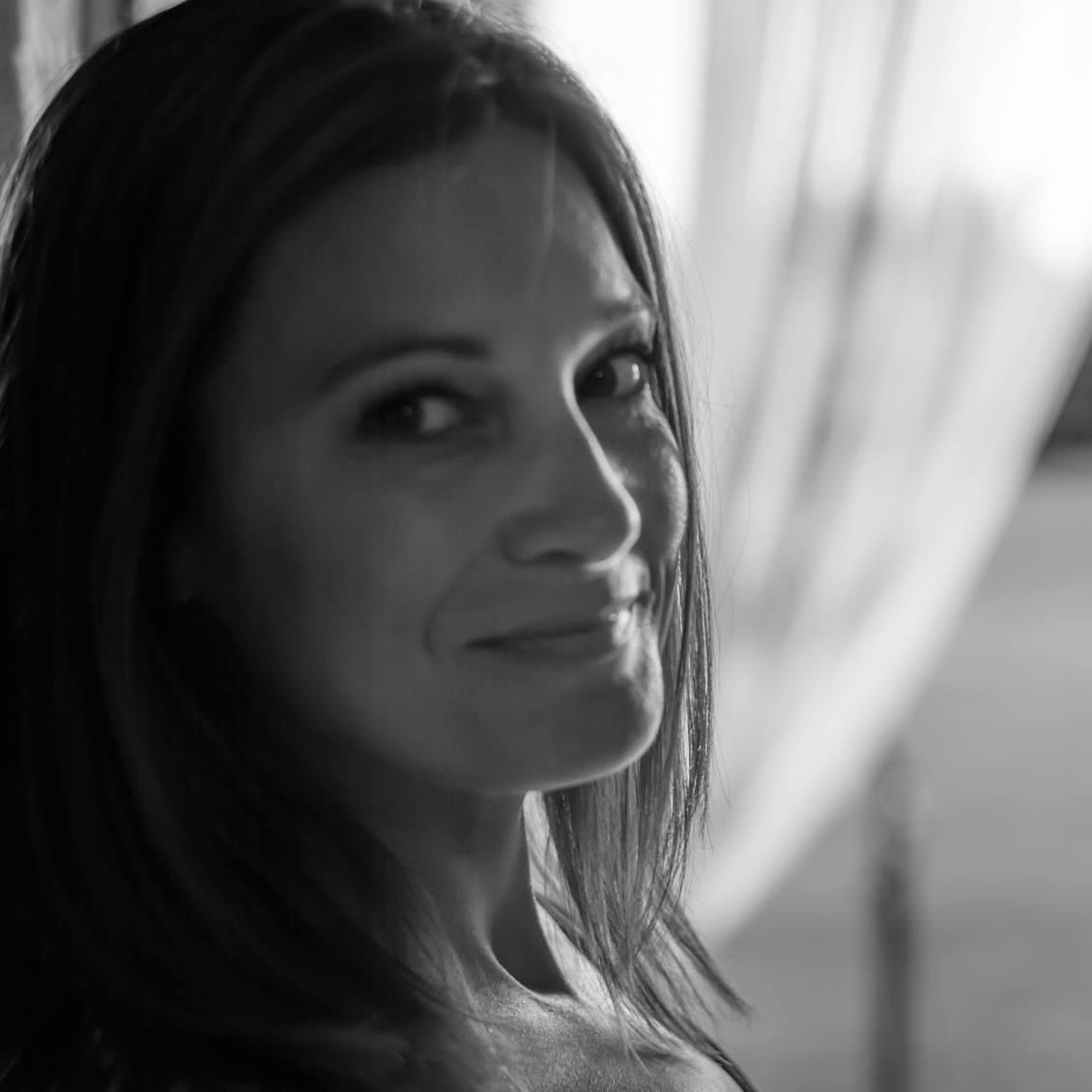 Part 1 of a Serial

Polar Bear snoops around the kitchen, his nose probing the linoleum and our fingertips for potato chips or butter. He sweeps his tail with robust follow-through. Pacify my desperate doggy need for attention. The children run away from him. “He smells like a fart,” says Youngest. When Polar Bear gets really frantic for love, he jumps up and puts his paws on the kid’s chest or shoulders. Comparatively, that’d be like a horse rearing up on you.

Polar Bear has spent the morning outside in the frozen field, scrounging around the manure. He has found clumps of digested hay, a big bone, and a turtle shell. His breath reeks.

By January, snow caps the yard. I stand outside and watch Polar Bear and Pony, our older dog, get silly with the three kids in the white stuff. Off in the distance, a tractor revs to life. From the west, here it comes, pulling a manure spreader. I call the dogs and shoo them into the house. The kids follow, shed their wet boots, mittens, and coats.

The farmer pulls into the field drive, roars the PTO to life.

Inside the kitchen, Polar Bear finds the farmer’s activity and the smell of manure irresistible.

“Mom,” says Youngest. The boy nods toward the dog. “Polar Bear has his tongue on the window again.” This child has just recently been the recipient of my yearly lecture on how we don’t lick things in winter unless we want to lose our tongues.

I drop the potato I was skinning. With my paring-knife hand, I point at Polar Bear, who stares out the window. “For God’s sake,” I say. “Knock that off.”

He smears his tongue on the glass and glares at the high-tailed cats that roam the winter landscape freely.

Polar Bear barks in a bass range that rattles the pots and pans. “Let. Me Ou—ouutt!” he woofs.

“Chill out, you maniac!” Son says.

Polar Bear only understands four sounds: his name, “sit,” clapping, and the rustling of a chip bag. Hearing his name, he nudges his huge head between her arm and side, soliciting a hug and a pet. She gives the puppy one stroke.

Pony, our older Lab, watches her son with the flatness of a Puritan mother. She lies down on the rug cluttered with sopping mittens and boots and rests her head on her crossed paws. Polar Bear bops over, bites her leg to rouse her to look out the window, too. Pony flips her tail once and sighs, which means Polar Bear is supposed to get lost. Polar Bear gives up, taps back toward the window, wagging his tail like a designated hitter, smacking Son in the belly.

Youngest, ever a solutions guy, opens the front door. Before I can finish saying “Don’t let the dogs out!“ Polar Bear bursts to liberty, bronco-bucking through the snow. Cats arch their backs and freeze briefly at the sight of him before scattering to the shelter of the nearest outbuilding. But Polar Bear isn’t interested in chasing them. He beams to the field, where the manure teases like a hot lunch.

“Close the door!” Son says to Youngest. “Smells like crap out there.

Years ago, a Lab named Dover smelled Pony’s fertile condition wafting across the gravel roads. The kids and I got out of the car after school one day and found him sidled up next to Pony on the porch.

Dover had a mug like an old baseball mitt. As we approached the house, we said, “Hello there, Crabby Face.” Dover had on two collars and the remnants of two leashes hanging from his neck. Was one of them was metal?

Youngest opened the kitchen door to let us all in. Pony got up to come in, too, but Dover blocked her.

The next day, when we returned, Pony ran up to the driver’s side to welcome us. When I opened the car door, Dover pinched his head in and snapped at me. I slammed the door shut.

I locked the car. “Don’t open your door,” I said to the kids.

The kids were busy getting unconnected from their devices and locating fallen sheets of homework.

Youngest pressed his face to the glass of the back door. Dover jumped up and barked at him. He got back down and positioned himself outside my door like a bouncer. Dover had one of those barks that makes you have to go to the bathroom. Pony demurred.

“I have to go to the bathroom,” Youngest said.

I clicked the car back on, turned up NPR. “You have to wait,” I said. “Dover wants to eat us.”

I waggled my fingers at her. “Hi, Sweetie.” Pony’s eyes looked funny, darker, witchy. I dropped my hand.

The muscles of Dover’s forelegs quivered. We made eye contact. He barked again.

I pressed “call” on my phone to my husband who was in town.