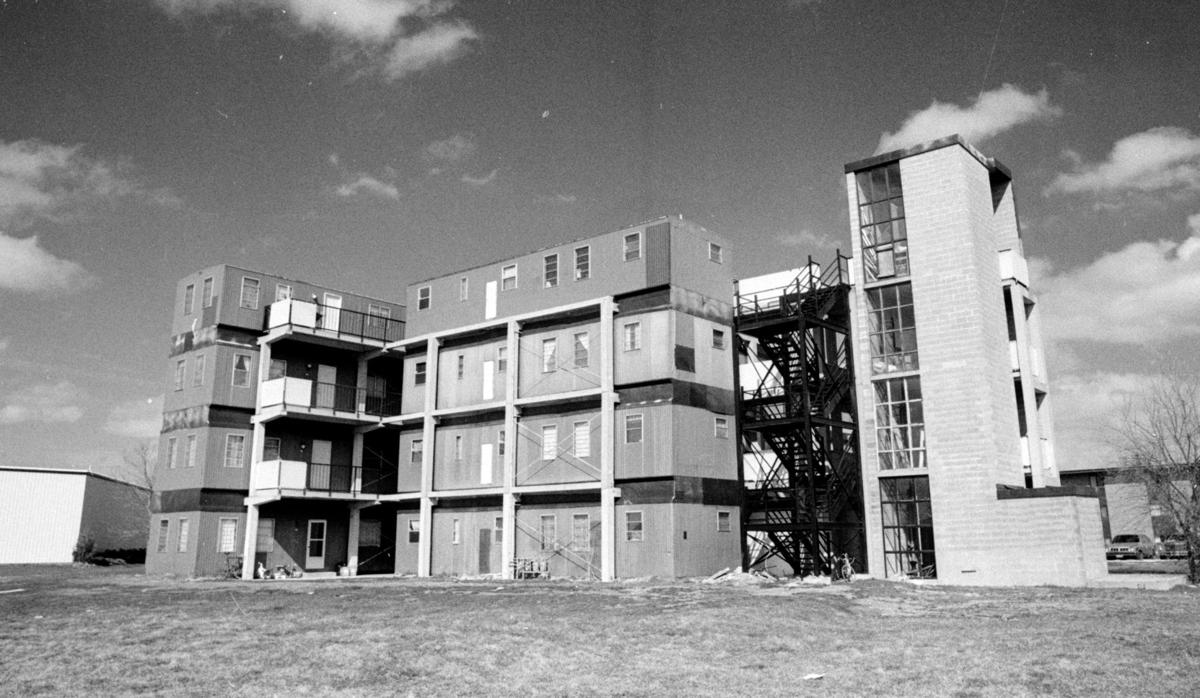 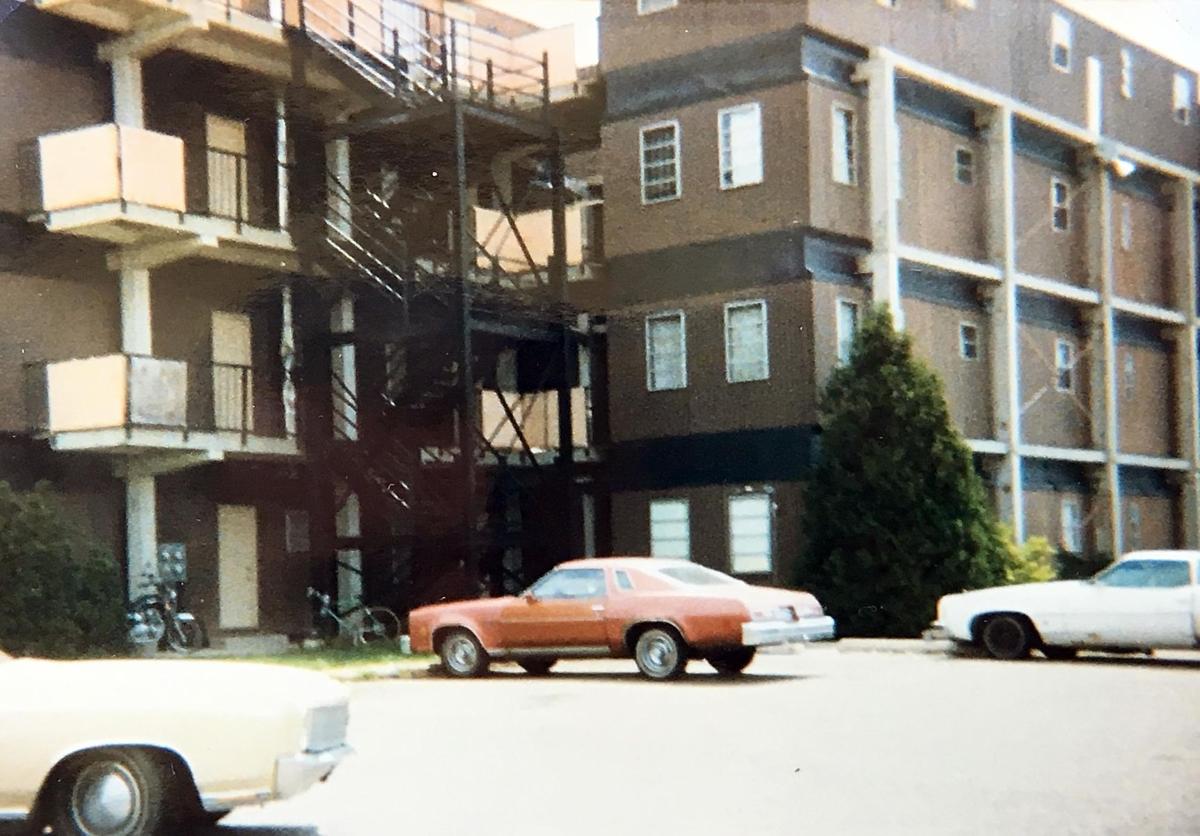 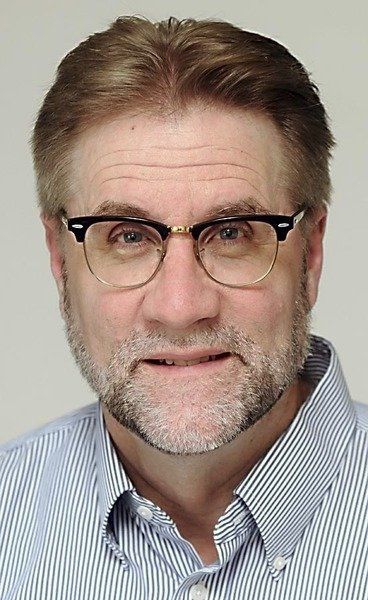 None is more infamous than Mankato's "Tornado Towers."

In two years, Mankato will be able to mark the 25th anniversary of the demolition of one of its most dubious landmarks.

"Tornado Towers," officially known as "Valley Apartments," was an edifice made up of 20 mobile homes stacked four stories high in a kind of "winged'' concept supported by a concrete frame. It was located on Monks Avenue, across from what is now Highland Hills Apartments.

The original developer, in conjunction with a federal housing program called "Operation Breakthrough," took on the project in response to a nationwide affordable housing shortage in 1972.

Harlan Schmidt designed the towers as somewhat of an architectural experiment. "The concept was highly thought of by the people in Operation Breakthrough. They were trying to forge paths for the future," he told The Free Press in 1994.

It's unclear who came up with the name "Tornado Towers," but credible sources report it withstood big windstorms in the 1980s that tore roofs off other nearby apartment complexes. So the nickname was either about withstanding tornadoes or attracting them like the popular trailer court myth.

When there was a stiff wind, the Towers were rockin', literally. I experienced the Towers tilt on several occasions. Though I never lived in Tornado Towers, I had friends who did. I had a taste of these dwellings that will not soon be forgotten. Let's just say the Towers added another dimension to those college drinking parties.

The Towers have garnered worldwide fame and a simple Google search turns up a treasure trove of Towers' lore. The "Valley Apartments" as they were dubbed, rented for $230 per month for a two bedroom "suite."

The initial owners went into default and the property was bought by John Lamoureux and Susan Hood, whose husband Dennis was a local apartment manager. He rented it out to college students and immigrants, according to an account by his son in the Star Tribune in 2012.

He recalled helping clean up the grounds, and said college basketball players and immigrants lived there. One Hmong family had a goat on the property. Reports in The Free Press recalled parties and debauchery, tenants throwing waterbeds off the top floor and having public urination contests.

But as Mankato grew in stature, city leaders wanted to get rid of the structure. It stood out like a sore thumb compared to some of the new, nice-looking student housing that was going up.

The City Council on a vote of 4-2 in May 1994 approved purchasing the property with the intent of tearing it down and removing the eyesore.

"It does not reflect well on our community," said Larry Forsythe, economic development director at the time. City Manager Bill Bassett said the city's move was "guerrilla warfare" against a property with dozens of building code violations. Rotting floorboards, holes from mice, duct-taped windows and electrical sockets.

So the city bought it for $160,000 and tore it down at a cost of an additional $30,000. The property was valued at $124,000 at the time. Some city residents argued the city should condemn the property and only be saddled with the cost of tearing it down. Lamoureux and Susan Hood had bought it for $115,000 in 1984 from Village Tower Partners, a group that listed local contractor Jon Carlstrom as a partner.

But city officials said they rejected the idea of saving it as they would have to pay relocation expenses for the tenants.

Said city economic development director Forsythe: "We didn't do a cost comparison because how do you make a comparison with something like this."

The internet is not kind with dubious behavior or properties like Tornado Towers. The intense interest in an otherwise non-descript property in a small town is now part of the lore that spreads so easily online.

When you Google "Tornado Towers," you get that infamous Mankato college housing phenomenon in all its lovely brown glory in three different photos at the top of the search page.

Yet, the structure caught the attention of Dan Black of Landland design of Minneapolis. He created an art print of "Tornado Towers of Mankato, Minn." that now sits as part of an exhibit "Made in the Midwest" at Galerie F in Chicago. It does appear Mr. Black took some "artistic" license, shall we say, with the print.

In the end, city leaders were right to demolish the landmark. Dozens of new college housing units have taken its place. And while Tornado Towers likely will live in infamy online, it won't ever mar the Mankato housing landscape again. In two years, seems a party might be in order.