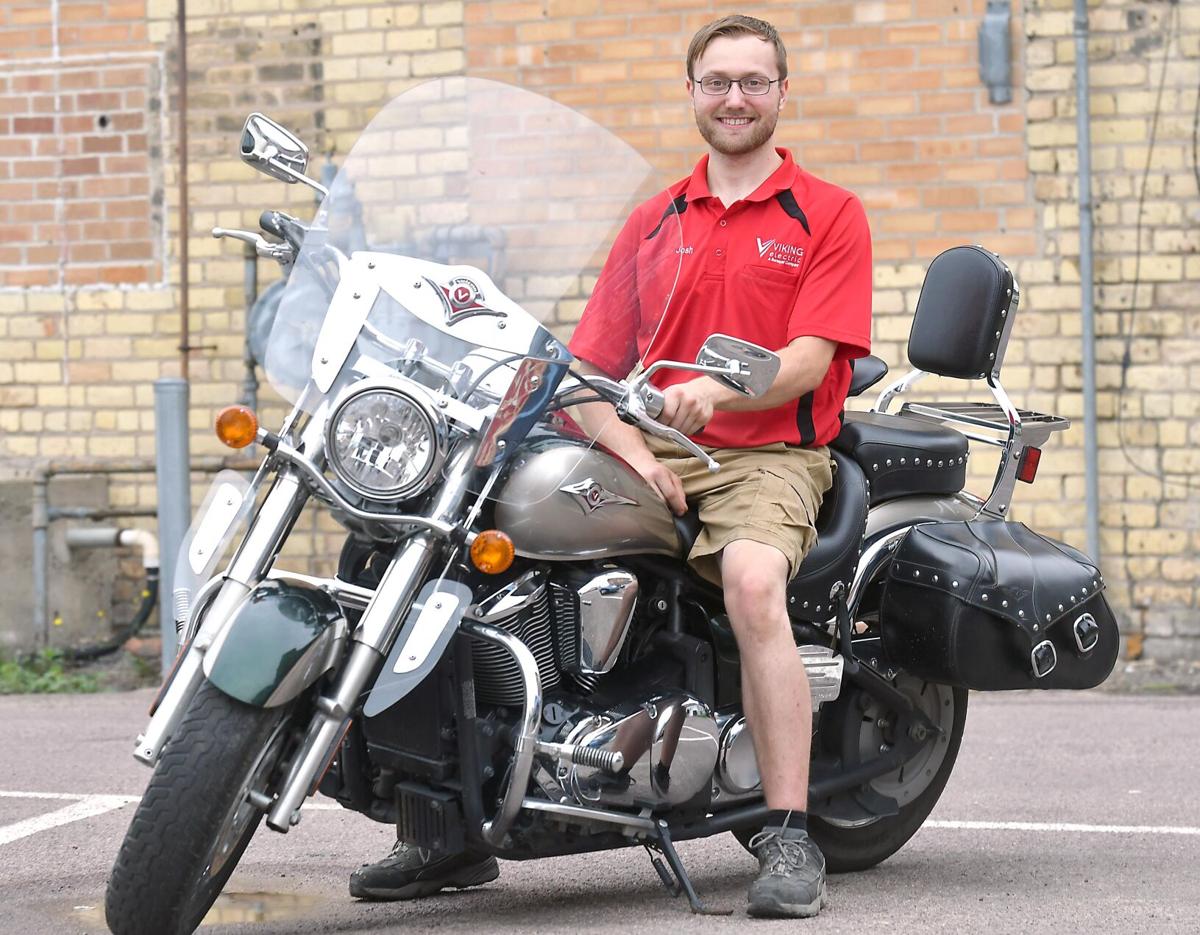 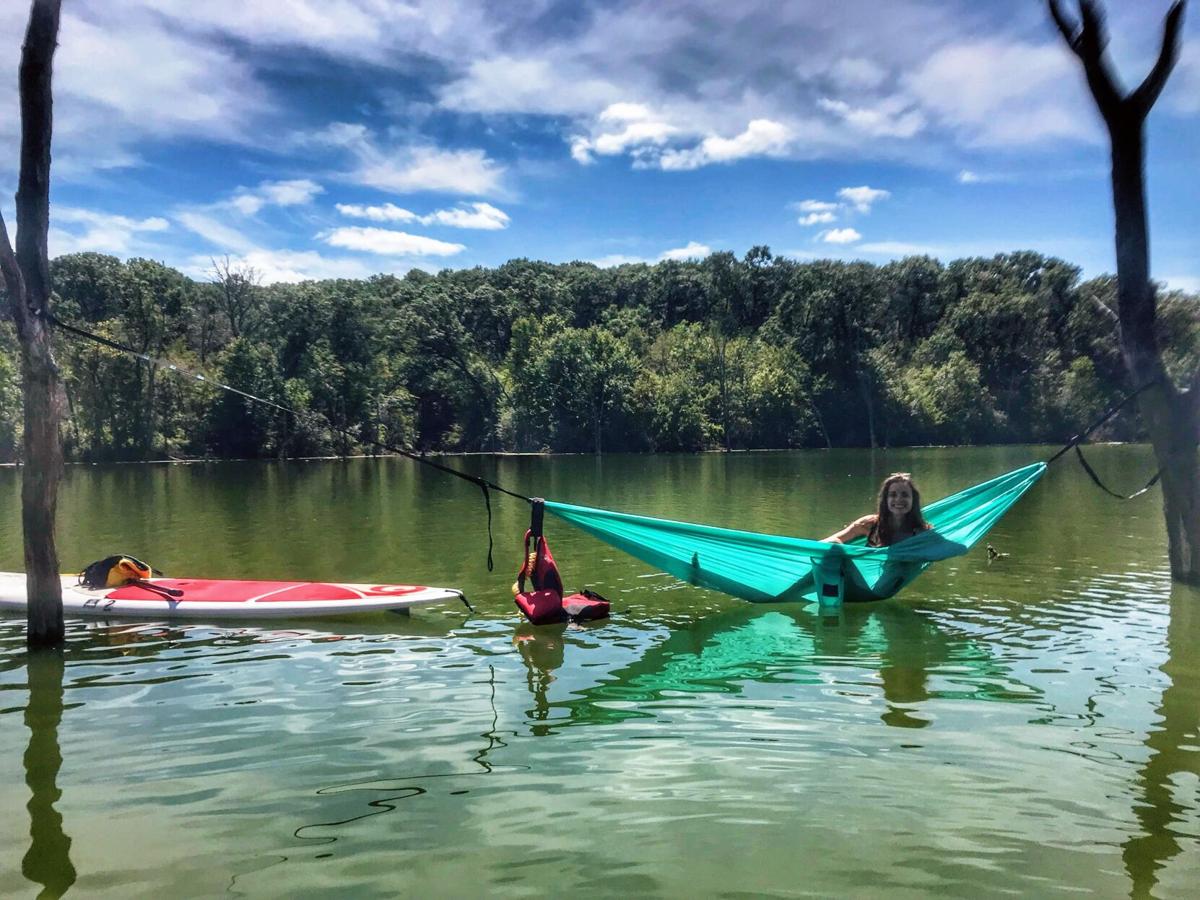 Change, it’s said, is hard. But seemingly not for everyone, as a host of twenty-somethings with Mankato ties tell us how content they are with their new young adult lives.

Whether it’s choosing a place to worship as Megan Swanson has done, or finding back-country roads to meander on with his motorcycle as Josh Calsbeek likes to do, these young adults are enjoying the independence that comes with aging into adulthood.

Let us introduce you to some twenty-somethings who are, in different ways, adulting very nicely.

At 26, this Minnesota State University graduate gets a kick out of what her teenage self imagined her 20s would be like. According to 17-year-old Megan, by age 25 she’d be married with at least one child and three more on the way. That’s not how life has turned out.

What’s really transpired is that she’s a registered nurse in her hometown of Rochester, a new homeowner and worldwide traveler. Her college debt is paid off and she’s funneling money into her retirement account.

But instead of being disappointed that her life has taken a different course than planned, Swanson is happy where things stand. She’s got a steady boyfriend she met through church. She gets to dote on her 1-year-old niece, and she enjoys her hobbies of hammocking, reading and seeing friends.

“I’ve been really learning to hold loosely onto my ideal picture of what growing up looks like,” Swanson said. “And trusting that the Lord knows what’s best for me. I once thought being married and having at least one kid by 25 was the ideal life. But I’m so grateful that the Lord knew better than me because I certainly wouldn’t have been ready for that.”

When Swanson graduated from college in 2016, she had a big decision to make: move home to Rochester or to North Carolina for an outstate adventure. She decided to move in with her mom in Rochester to expedite paying off her student loans. A week after making that decision, a North Carolina employer came calling. However, she has no regrets.

“I love that I’m in my hometown,” Swanson said. “I’m close to my family and able to watch my niece grow up. I can spend time with my sister, my parents and my grandparents. I have a really great nursing job. And I have a lot of flexibility with my hours.”

When Theresa Calsbeek was ready to plan her husband’s birthday dinner, she knew just who to turn to as head chef — her 22-year-old son, Josh.

Though cooking is now only a hobby, Josh Calsbeek has had cooking jobs and attended one semester of culinary school. For his dad Les’ birthday, guests enjoyed his meal of ribs, potatoes and beans.

If there’s one aspect of adulting that surprises Calsbeek, it’s how well he gets along with his parents. Growing up, they were often at odds and he figured he would move away from his hometown after graduating from Mankato East High School in 2016. Still living in Mankato, Calsbeek finds himself in his parents’ living room, visiting two to three times per week.

“You can feel independent in more ways than not needing your parents,” Calsbeek said. “I feel (our relationship) has gotten much better since I moved out. I’m able to live my life and see them as I want to. We don’t argue about stuff and we get along great. I feel closer to them now.”

As a kid, Calsbeek yearned for the independence of adulthood and “making your own schedule and doing whatever you wanted.

“I was really looking forward to driving. too.”

Now he’s the proud owner of a 2007 Ford Ranger truck and a 2010 Kawasaki Vulcan motorcycle. Both vehicles are paid off and insured.

“To not have any debt is pretty nice,” Calsbeek said. “The truck I just paid off this year and the motorcycle I bought outright.”

During his free time, he enjoys riding his motorcycle on unfamiliar roads. He likes going somewhere random where he’s never been.

But what scares him most about being an adult?

“The future is always unknown,” he said. “Some things just happen unexpectedly and without warning. You have to learn how to handle those situations as they come.”

Elise Savor, 28, spent parts of her childhood imagining what her life would be like as an adult, and in her child’s mind she was married with kids by age 18.

“Apparently math was not my strong suit back then,” Savor said, adding that age 18 would be fairly young to be married with children. Savor is a Mankato native who now lives in Owatonna with her husband and their 1-year-old son, Owen.

She said having a child made her feel like more of an adult than ever before. And she’s aware that time flies when she’s having fun. The last year has “flown by,” she said.

“Everybody tells you how fast it goes (with a young child) and they’re right.”

The best parts of being an adult are also the toughest aspects, Savor said.

“Having a kid and getting married are the two hardest — and best parts — of being an adult,” she said. “Both come with joys and excitements, but challenges, too. Trying to figure out how to do things as a team and as a parent are both very rewarding and challenging at the same time.”

She met her husband, Coltin, on an online dating app. One of their first major adult decisions was to adopt a dog, Stella, which Coltin surprised her with one day after work.

“I walked into the backyard and there was this puppy jumping all over me,” she said. “On her little dog tag it said, ‘Will you marry me?’ That was in May 2017.”

As for the independence afforded her by adulthood, Savor said her favorite aspect is being able to make her own rules. What scares her most about her adult life is raising Owen to be a decent, good human being.

“You hope that they’ll be successful in the future.”

Mankato native Holly McKissick, 26, says every young adult struggles with the question of “Am I enough?” But she’s trying to cultivate appreciation for where she’s at, versus yearning for something more — or something else than what she’s already got.

Now living in Minneapolis with her partner, Christopher, McKissick has made it to the point in life where she has a job she loves, a dog to care for, friends and family surrounding her, and a new house to renovate. Some might say she’s made it.

Not McKissick. She tries to worry less about what others think of her as she gets older.

“It’s sort of tough not to put this imagined pressure on yourself and what society thinks your life should look like,” she said. “The reality is nobody really cares. Everyone is living their own story. So for me, the realization that everyone has their own stuff going on is really freeing. I make my own decisions and do things how I want to do them.”

McKissick graduated from Mankato West High School in 2012 and from the University of Minnesota in 2016. Key for her in shaping her adult life was working with a financial adviser, who she found through word of mouth. Wealth Enhancement Group of Mankato helped her save for a house, set a budget and prioritize savings and spending, and make retirement savings goals.

She’s also gotten a dog, Millie, from a Minneapolis rescue organization. McKissick credits Millie with helping her maintain her mental health. Physical activity and music also help. She walks her dog and plays piano, guitar and is learning mandolin.

But it was her time in Americorps after college graduation that really shaped the adult she would become. Since she lived on a lean stipend, McKissick discovered new, inexpensive hobbies such as hiking. She also learned to cook a plant-based diet to save money.

Best of all, McKissick is leaning into the here and now.

“I am really thankful I have a job I really like, friends and family, a dog and a house that I love. And a great partner,” she said. “I’m feeling pretty secure and happy with where I’m at.”

85, of Red Wing, formerly of Mankato, passed away in his home surrounded by his wife Lynda, son Scott (Joann) and daughter Stacie on Monday, August 10. Please see MN Cremation Society for full obituary.