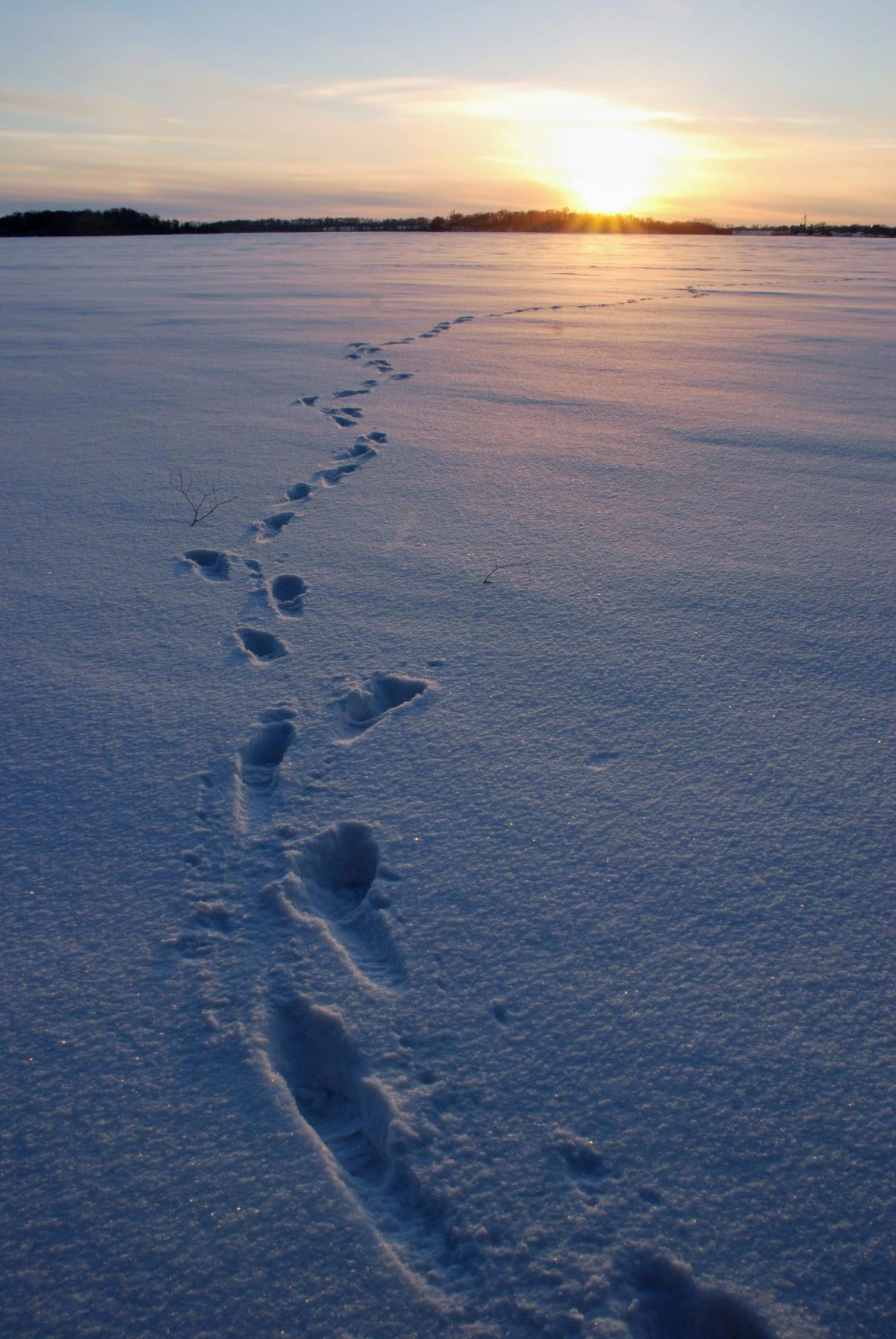 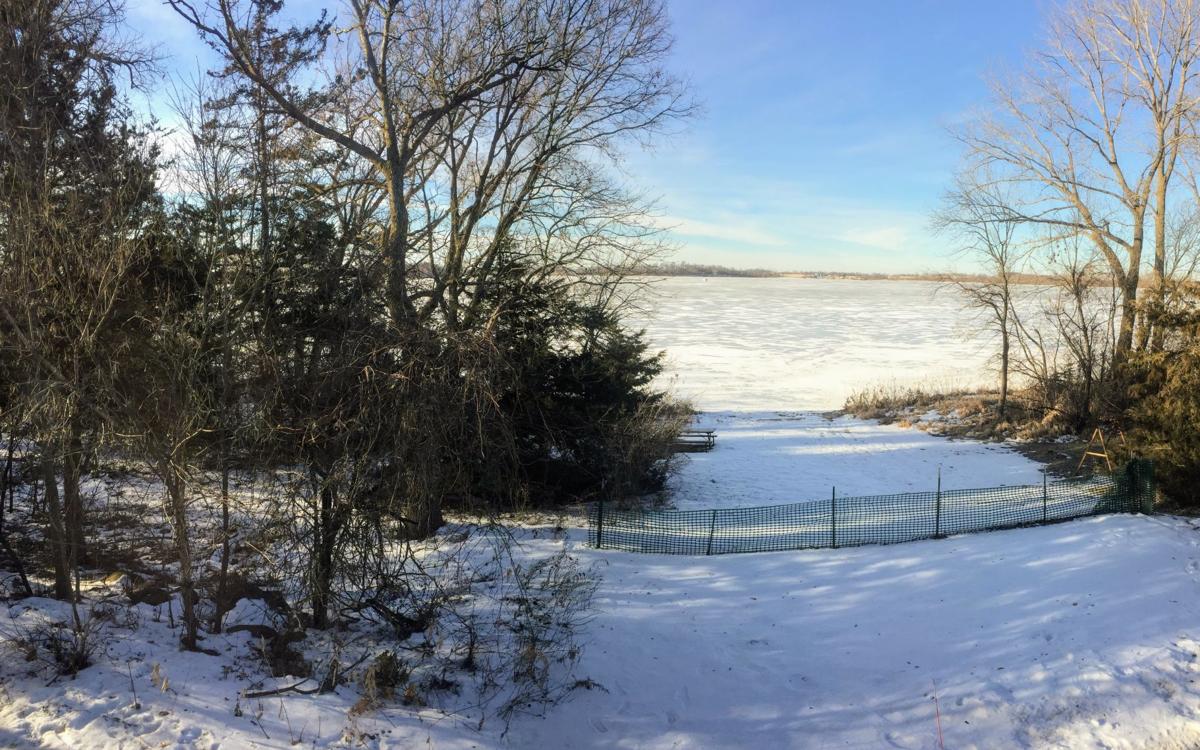 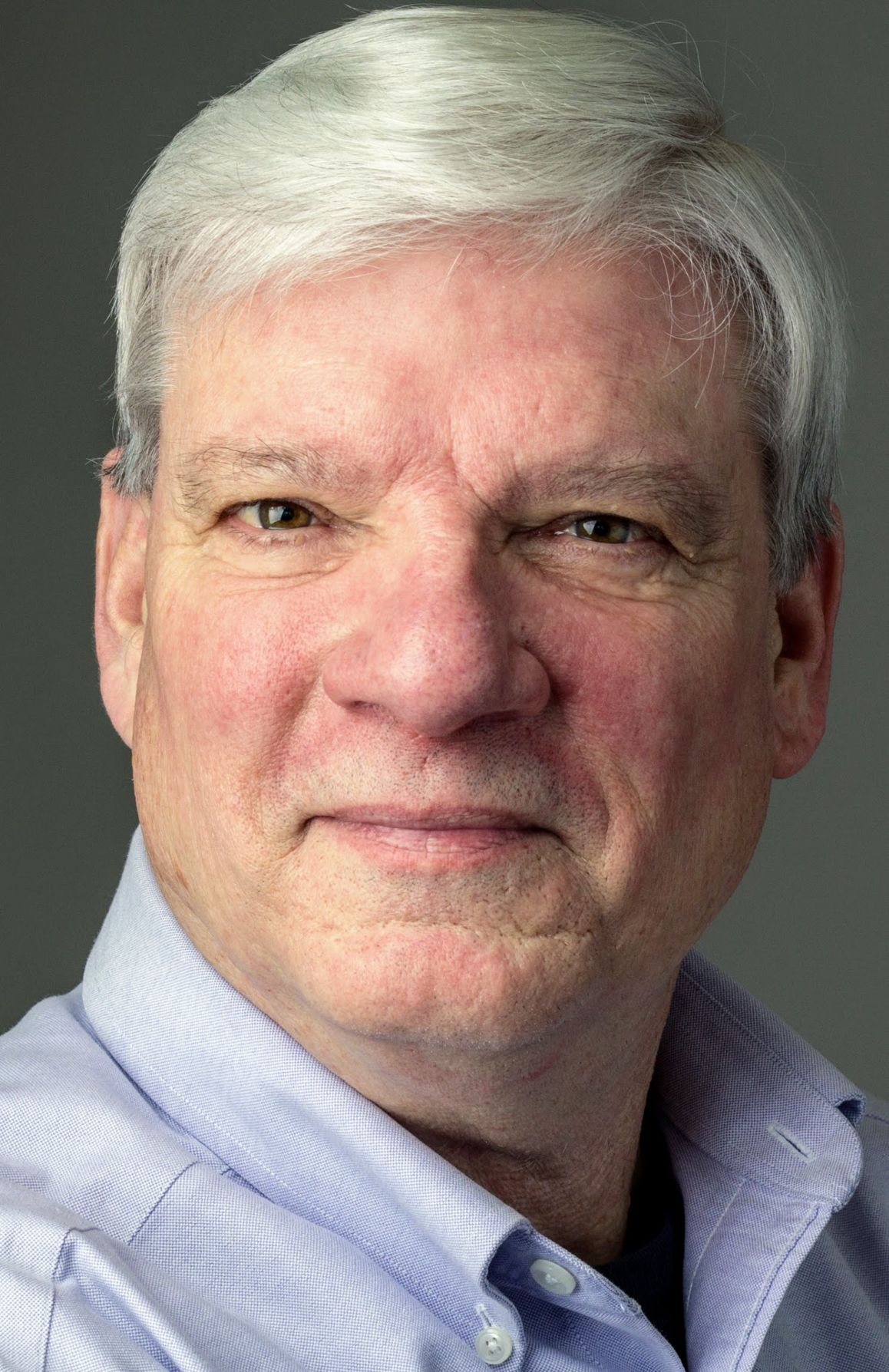 Peter K. Johnson lives in Mankato with his wife and Shih Tzu puppy. He is the founder of Web Explorations, creating educational materials. Since the retreat he has been meditating on a regular basis, and spends some of his free time helping the monks create their own web pages. He is also webmaster for Triple Gem of the North and the Metta Meditation Center.

The view from Johnson's room at the retreat center.

The announcement read, "Winter Retreat — A New Year with a New Beginning with Life."

In the past, three days of meditation just “wouldn't fit in my schedule." However, this retreat caught my attention and I thought it might be a great way to start the new year. My son flew in from Tennessee to join me.

I wasn't sure what to expect. I attend meditation classes most Monday nights and have been practicing meditation off and on for many years, but this would be my first retreat experience.

The retreat was held at the Metta Meditation Center, 20 minutes from Mankato in Janesville. The Center was originally run by Catholic nuns and was purchased in 2017 by Buddhist monks. It faces west, looking across Lake Elysian, showcasing some amazing sunsets.

After picking my son up at the airport, we arrived at the Center on a Thursday night. My first surprise was the solar-powered Christmas lights blinking around the stone entrance sign off of East Elysian Road. I might have missed the turn-off otherwise. Approaching the parking area, a huge concrete cross glowed against the night sky. When I asked the monks about it, they said people from all faiths still use the Center, and they keep the cross as a welcoming symbol.

Leaving our shoes at the door (a Buddhist custom) we quickly registered and hauled our stuff up to our rooms. The Center has several meeting rooms, a kitchen, a large dining area on one end and sleeping rooms on the other. Instead of room numbers, each room has a name. I stayed in Patience. My son stayed in Self-Esteem. Women stayed in the rooms on the ground floor, men stayed upstairs.

That evening Bhante Sathi, one of the monks who maintain the Center, outlined what we would be doing. The retreat focused on three main activities: sitting meditation, walking meditation, and mindful eating. In between were teachings and guided discussions. Bhante asked us to observe silence as much as possible and emphasized how the retreat was designed to give us a chance to explore and improve ourselves and learn how our mind works.

Afterward, we moved to the large meditation room and began the retreat with a 45-minute breathing meditation. Most of us used the large cushions, while others used the chairs. Then, off to bed at the early hour of 9:30 pm.

I woke hearing the sound of a Tibetan Singing Bowl. A quick glance at my phone told me it was 5:45 a.m. — I hadn't seen that time of day in a long time. A bit groggy, I headed for the meditation room wondering how the day would fare.

First activity: Mindful Yoga. Bhante walked us through several basic exercises monks use to keep their body fit for long hours of sitting meditation. With each pose we took in a deep breath, held it as we struck the pose, then let go (often with a strong “humpppfff”) as we released our breath. This was immediately followed by taking in another deep breath, holding it as we repeated the stretch. It was a great way to start the day; not too strenuous, just great stretches and lots of lung expansion. After this physical warm up, we began one of several sitting meditations for the day focusing on our breath.

When I first started meditating, I would be good for 2-3 breaths before I got distracted. Now, after much practice, I have a much better attention span (maybe 10-15 breaths). This directly translates into my daily life, keeping me much more focused and less distracted no matter what I am doing.

Sixty minutes later, with the soft ringing of the singing bowl, I open my eyes (mindfully), stretch my legs, and carefully stand. It is time for breakfast! We serve ourselves and sit at the table in silence waiting patiently as each person dishes up their plate.

Normally the monks chant an ancient prayer in Pali (the language Buddha used for his teachings) before they eat.

However, for the retreat, we read an English translation of this prayer as a group, and then dove head first into our first meal. Well, “dove” isn't really the right word; it was more of “easing” into the first meal, and being greeted by vibrant flavors. Following Bhante Sathi's breakfast introduction, we ate our meal mindfully, in silence, focusing on each bite. As my mother will tell you, I am a very fast eater. I had to teach myself to eat one bite at a time, not taking another bite until I had completely finished the first. I found it helped to set my fork down in between bites and close my eyes while chewing. Breakfast was vegan and absolutely delicious, probably more so because I was eating mindfully.

This is an amazing exercise, especially when eating with a dozen other people. We weren't focused on each other or conversation — only our food, one bite at a time. If people ate this mindfully when I cooked a meal I can only imagine how much better my meals would taste.

After breakfast, we learned about walking meditation. The key is to walk slowly, focusing on each step. This can be done inside or out and is a great calming exercise. My feet wanted to race ahead until I noticed the other, more experienced participants, walking in slow motion. I reminded myself (my mind) that I didn't have anywhere to go, and to just to focus on the walking.

Walking mindfully really made me aware of my surroundings. When I drive 70 mph on a freeway, I hardly notice the countryside flashing past. This is great when I need to get somewhere fast. But I've found that if I later cover some of those miles on a bicycle I notice a lot more details. Hiking that same route I notice even more. And, when I do walking meditation, even though I do not cover much distance, I not only discover details of my surroundings but have time to observe my mind and can patiently work to calm its endless chatter.

When I was ready, I mindfully walked toward the meditation room and sat down on the soft cushions for yet another quiet, peaceful breathing meditation session. Oh wait, I forgot to mention the roofers. A few months earlier a tornado had torn through the Center, bringing down 100-year-old trees. One of those trees collapsed the roof over one of the meeting rooms. With the warmer temperatures, the contractor was anxious to finish the roofing and they were making quite a bit of noise. But, I reasoned, this was a great opportunity to practice my focus despite real-life distractions. As I began my meditation the hammering began to have sort of a rhythm. Nice. That is until they dropped another bundle of shingles, seemingly right over the top of my head. My whole body would jump in alarm. "Okay," I'd tell my mind, "let's start again." That was the longest, but most interesting, meditation of the entire retreat! It's like the workmen knew when my mind began to wander, dropping a block of shingles at just the right instant giving me focus.

After a delicious vegan lunch with lots of variety and options, Bhante Sathi led a discussion on mindful eating, asking for our personal observations and adding commentary based on Buddha's teachings.

That afternoon, with the sun streaming into the windows, Gina Gafford led us through an attention-getting yoga session. As we stretched and did our downward-dogs, the sun began setting. By the end of the session, the room was dim and quiet in the twilight. With the group paying attention in silence, it was magical.

For the last meditation of the day, we did a Metta Meditation. Instead of a breathing meditation as we had been doing, Bhante Sathi guided us with the following intentions: "May all living beings be well, be happy, be skillful, and peaceful." Metta in Pali means loving kindness, friendliness, goodwill, and active interest in others. This is where the Metta Meditation Center gets its name.

What did I gain from these three days? A lot. The first full day was tough. During the hour of free time, I called my wife who asked me if I had any "aha" moments. "No nothing," I responded, "I don't know what I'm doing here." But, by Sunday, when it was time to leave, things had come together, and I wasn't really ready to leave.

This was not a religious retreat. Although Bhante Sathi referred to Buddha's teachings, the lessons were life lessons and fit well with most religions I am familiar with. These lessons gave me a new way to think about things such as developing my own self-confidence, having compassion for others and understanding how my mind works to gain greater attention and focus. Oh yes, and on mindful eating.

The retreat really helped calm the racing chatter in my mind. I find I focus better on whatever I am doing. I am more observant before I speak, and I feel calmer and more relaxed. After returning home I took my dog out for our customary walk. Instead of just walking the dog I now make a point to walk mindfully. It is a whole new and delightful experience for both me and my dog.

In the past, my meditation sittings never went longer than 25 minutes. I've now shown myself that I can sit, focusing on my breath, for much longer. I've also started practicing meditation each morning which is really a great way to start the day.

How did my son do? As I took him to the airport we made up for our few days of near silence, reflecting on our weekend together and how this experience translates into our own day-to-day routines. Since his return home I noticed his approach to himself, his family, and his business has shifted slightly. I see him using the tools we learned, approaching problems and issues with a clear mind, not getting caught up in the emotions of the moment. We are both very glad that we took advantage of this opportunity together.