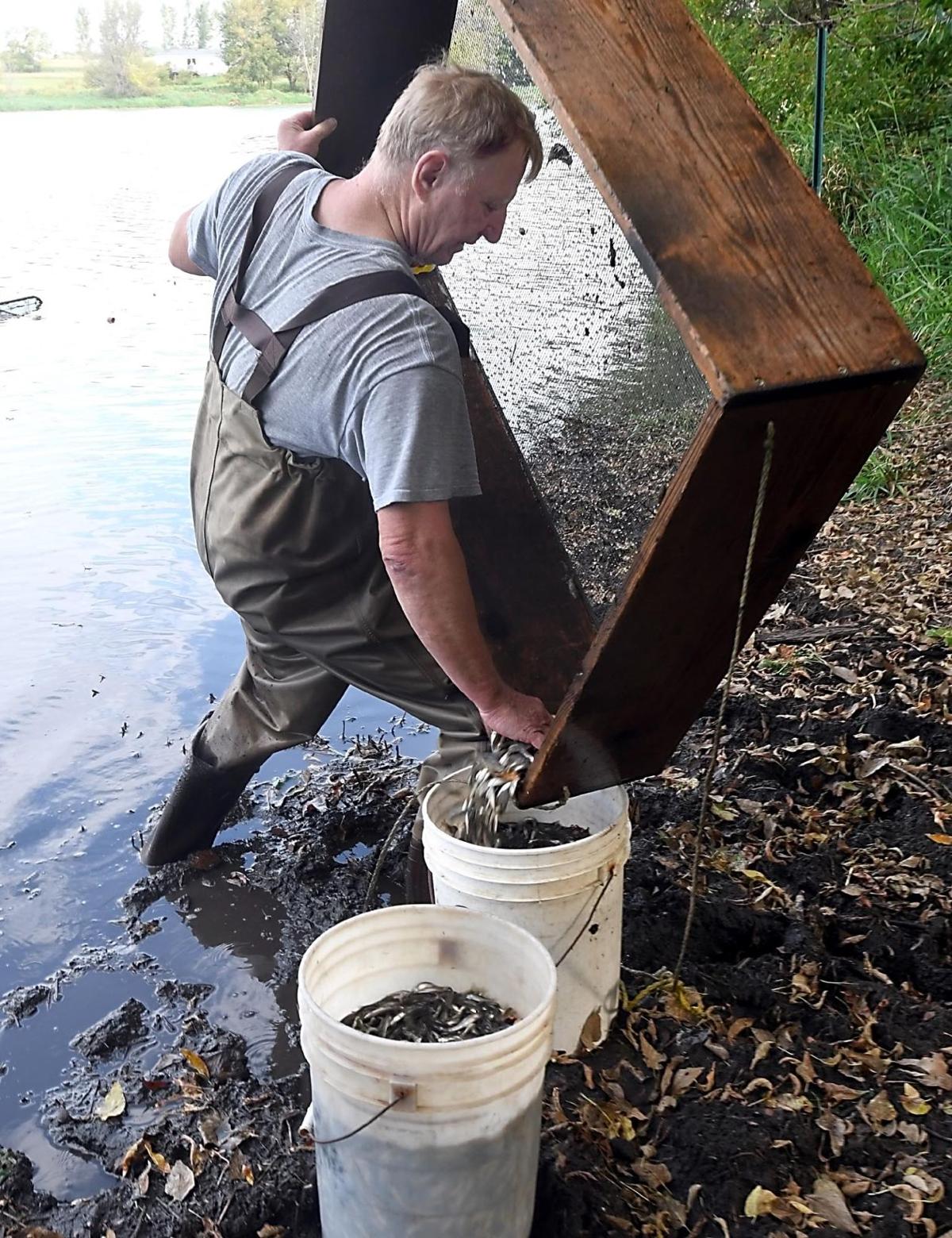 Craig Berberich empties minnows into a bucket after checking his traps. Photo by Pat Christman 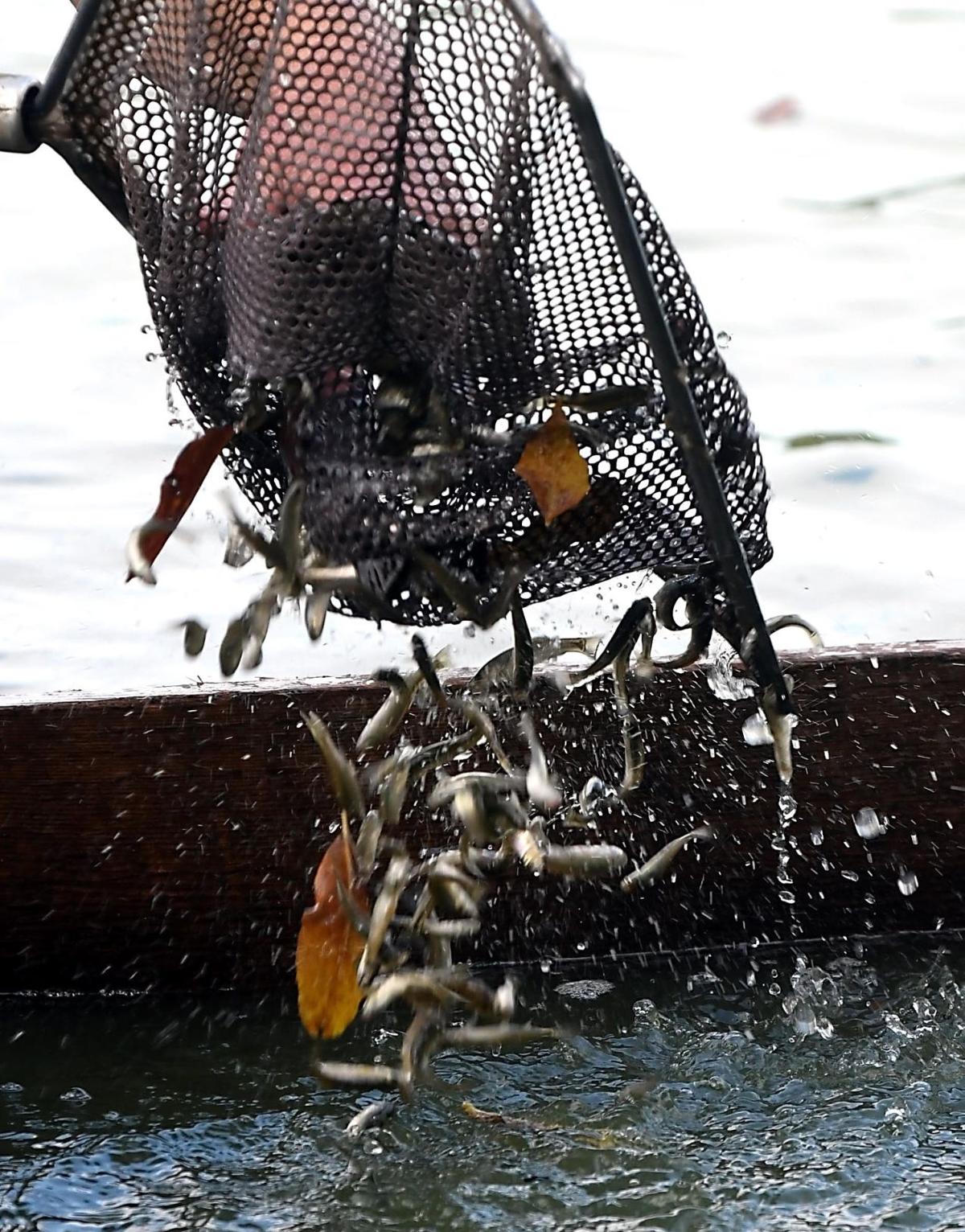 Craig Berberich collects minnows from one of his traps. Photo by Pat Christman 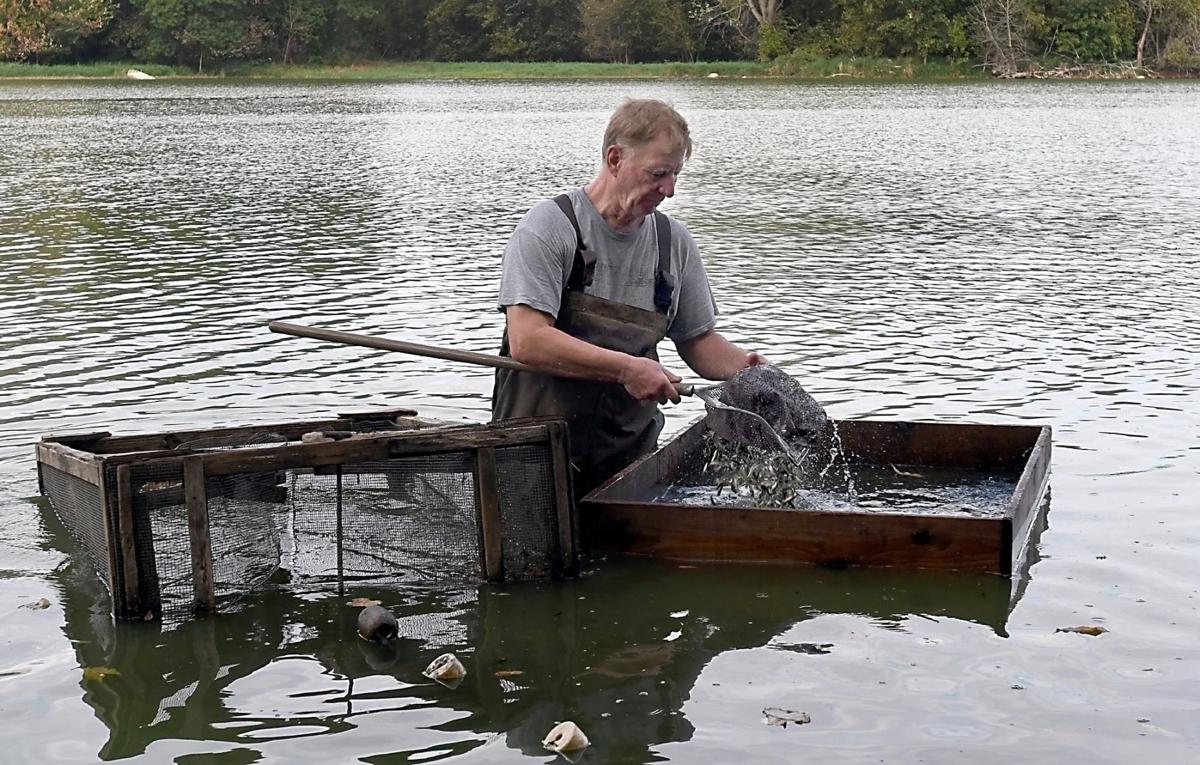 Craig Berberich pulls minnows from one of his traps. Photo by Pat Christman

Craig Berberich empties minnows into a bucket after checking his traps. Photo by Pat Christman

Craig Berberich collects minnows from one of his traps. Photo by Pat Christman

Craig Berberich pulls minnows from one of his traps. Photo by Pat Christman

Stopping into a bait shop for a scoop of crappie minnows, shiners or fathead minnows is a Minnesota tradition. But supplying those bait shops has become increasingly more difficult as invasive species infest more lakes and minnow waters have disappeared or been transformed into rearing ponds.

"The resources isn't what it once was," said minnow trapper Craig Berberich. "Years ago there were at least six bait trappers in Mankato and today there's zero. There's a lot of changes. Wetlands and sloughs that produced bait are drained now and produce corn and beans."

Cathy Winkler is one of the few remaining bait wholesalers left in the area. She buys minnows from trappers like Berberich, stores them on her bait farm just north of Mankato, and then sells them to bait shops.

"There's only a handful of bait shops left anymore."

And she said the state's effort to limit the spread of invasive species, such as Eurasian milfoil, means its harder for trappers and dealers.

"You have to have your ponds tested. The trappers have to do a lot when they take minnows from infested waters —clean all the equipment and take classes. There's a lot of permits and regulations," Winkler said.

Jessi Greene, who with her husband Nate own and operated Corner Bait in Madison Lake, said they get the minnows they need but know trappers are having a more difficult time.

"Crappie and fatheads are what we sell the most. It can be a little tough to get fatheads sometimes." The fathead minnow is a larger crappie minnow.

"We've had a big push for sucker minnows, too." She said the big sucker minnows, up to a foot long, are used by people fishing the rivers for catfish, which is an increasingly popular sport in the area.

Even getting worms and leeches can be challenging at times. Most nightcrawlers sold in the region come from Canada and waxworms are raised. There aren't usually shortages of either. But the supply of leeches, many of which come from the Indian reservations, goes up and down.

"Leeches were harder to get at the end of the season so the prices went up," Greene said.

Berberich spent 33 years with the DNR fisheries division in Waterville and pursued a dream of trapping bait in his retirement.

Spending a lot of time on lakes with the DNR he saw the heyday of the minnow business.

"There is Henry Lake near West Lake Jefferson. There used to be five or six trappers on that. That produced minnows like you wouldn't believe."

He said the traps have to be at least 50 feet from each other and in those days "there was literally a trap every 50 feet on that lake."

Now that is one of the shallow lakes the DNR uses to raise tiny walleye into larger fish before they're removed and used to stock area lakes, which means there aren't minnows available for trappers. And Berberich said other shallow lakes that used to have a lot of minnows and fewer large fish that eat them are now equipped with aeration systems to keep them open in winter to encourage the sport fishing population.

"Then you have too many fish and they eat all the bait," Berberich said.

He said even the warming weather has hurt minnow trappers. Shallow lakes in the region used to start seeing more large fish that would reduce the minnow population, but harsh winters helped the minnows. "You'd have a winter kill every two or three years and the bigger fish would die but there's always minnows that survive and you'd have a good bait population."

The draining of wetlands over the decades has also reduced the spots for minnow trapping.

Berberich has leases on four ponds that are on private property and he traps other larger water bodies in the region that produce minnows and are accessible. "If there's a big band of cattails around them it's tough to get onto."

He said he steers clears of lakes that are infested with invasive species.

He sells minnows to wholesalers for about $10 for a gallon of minnows.

Berberich said the loss of bait shops in the region is disheartening. "There isn't a bait shop in Mankato or North Mankato, with a population of 50,000 people. That's too bad."

He said it's hard for a pure bait shop to get enough year-around business in this region. "You need the gas pumps and convenience store and tackle and the bait to make it work."

Despite the challenges, Berberich loves trapping. "When you get on a spot and minnows are running good it's a lot of fun. But it's a lot of work now."