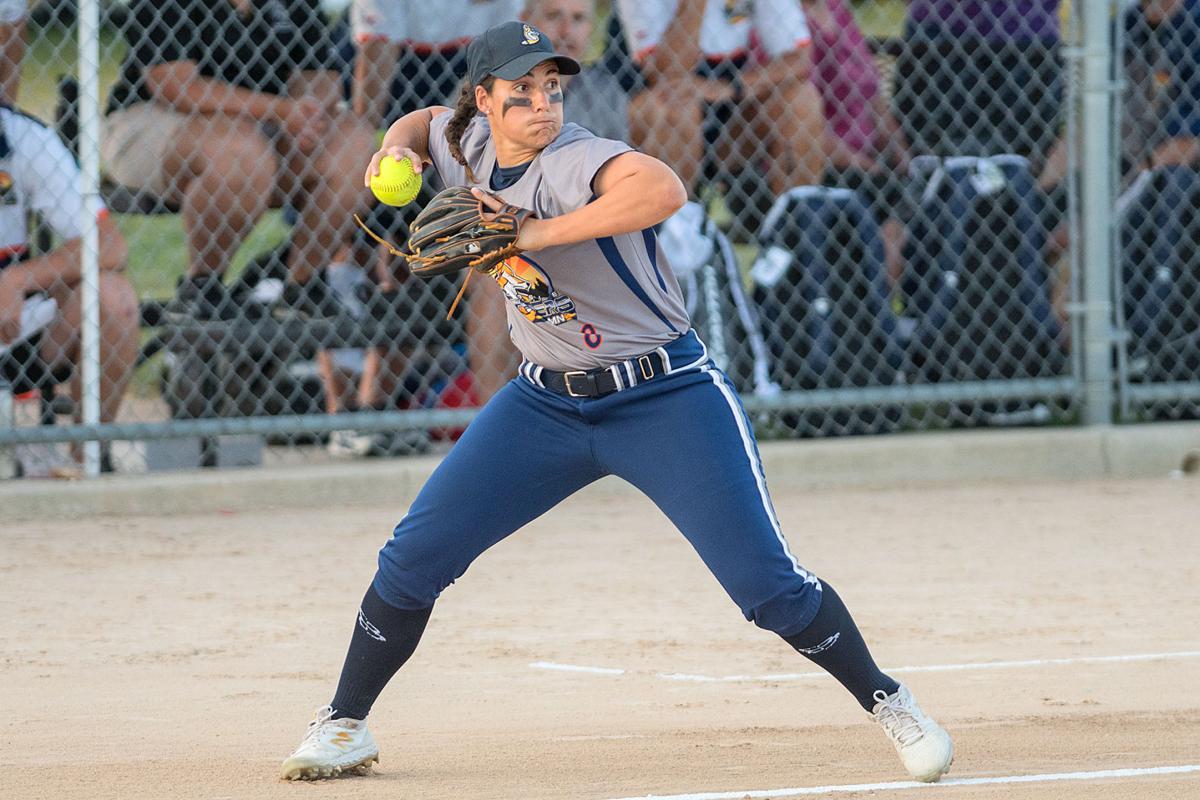 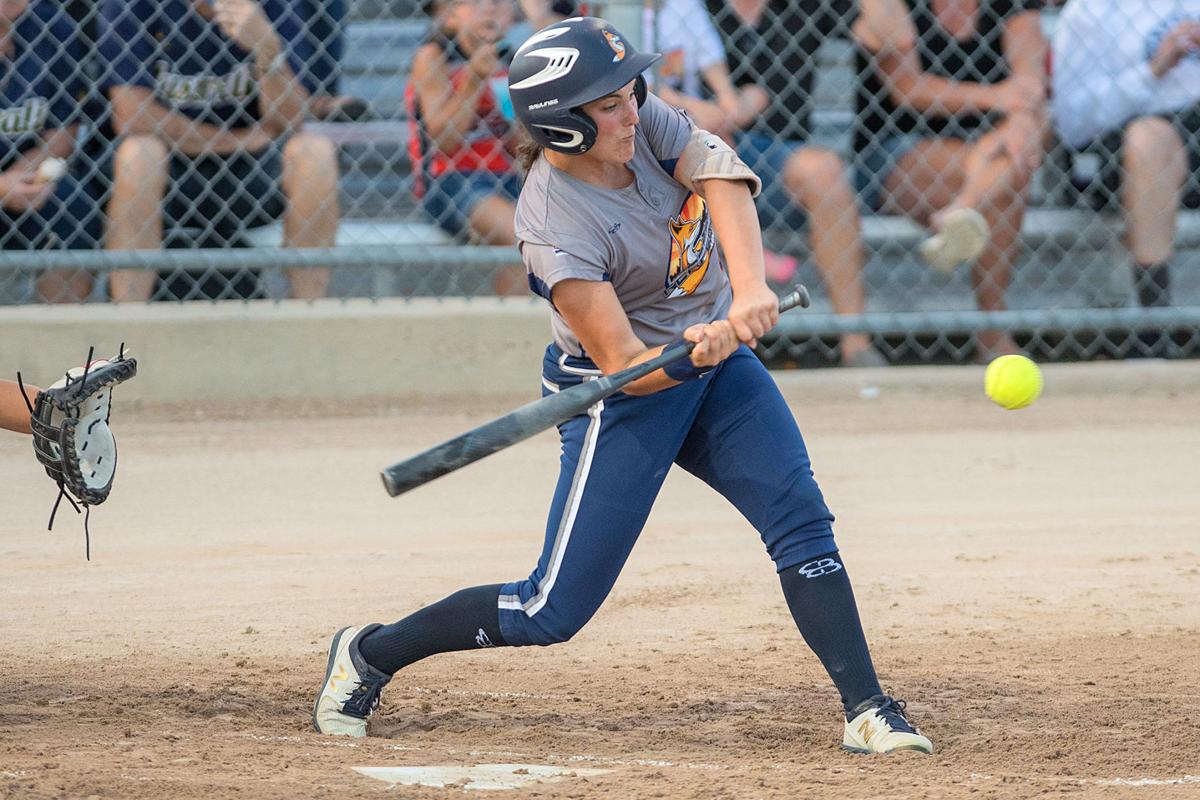 Maddie Cameron takes a swing at a pitch in the second game of a doubleheader played against USSSA Pride on Tuesday.

The Aussie Peppers’ Leigh Godfrey is tagged out at third base by USSSA Pride’s Alex Powers as Godfrey tried to stretch a double into in a triple during the second game of a doubleheader played on Tuesday.

Maddie Cameron takes a swing at a pitch in the second game of a doubleheader played against USSSA Pride on Tuesday.

A lack of clutch hitting and some sterling defensive plays Tuesday night carried the first-place USSSA Pride to a 3-1 National Professional Fastpitch win over the Aussie Peppers before 908 fans at Caswell Park in North Mankato.

The Peppers (9-25) dropped Game 1 10-2 before outplaying the Pride for much of the second contest.

The Peppers took a 1-0 lead in the bottom of the fourth in Game 2 when Jade Wall reached on a bunt single and scored on first baseman Belinda White’s double into the left-center field gap. White led an 11-hit Aussie attack with three hits, while Leigh Godfrey and Tameka Whitefield stroked two hits apiece.

“It was a great effort tonight,” Peppers coach Laing Harrow said. “It was a game we probably should have won, but we kind of let it slip away. We gave ourselves the opportunity by putting two runners on and putting the winning run at the plate.”

The Pride (22-8) generated only six hits in the second contest, but managed to plate three runs in the top of the sixth when a double by Megan Wiggins along with two walks set up Shay Kinghten’s bases-clearing double into the right-center field gap. The Peppers threatened in the bottom of the seventh, but a nifty snag by third baseman Alex Powers sealed the victory for the Pride.

“Our pitchers have been in their spots a lot better and working with their catchers,” Harrow said. “We’re keeping the runs down now.

“We’ve been more aggressive with our hitting and running the bases. Hitting has been one of our weaknesses, especially in those clutch situations. We’re not always getting those hits with runners in scoring position.”

Wiggins led the Pride with two hits, while right-hander Jessica Burrough’s tossed four innings of scoreless relief to pick up the victory.

In the first game, Nicole Newman started in the circle for the Peppers and delivered a pair of shutout innings to begin the game, but the Pride struck in the top of the third when Sydney Romero blasted a three-run homer.

Stacey McManus got the Peppers on the board in the bottom of the fourth with an RBI double to the right field fence. Belinda White drove in the second run of the inning with an RBI single up the middle.

The Pride broke the game open with a four-run fifth. They then added two runs in the sixth.

The Peppers will close out their season today with a 7:05 p.m. clash with the Pride at Caswell Field 6.