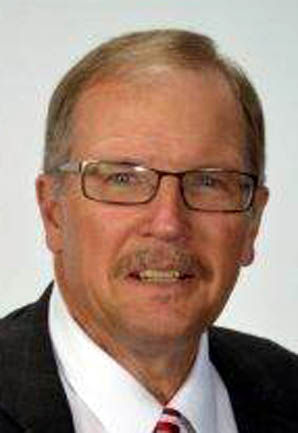 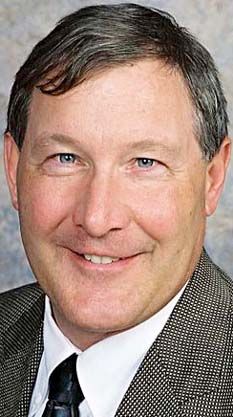 MANKATO — After a series of meetings with business owners, rural elected officials and others about a potential new tax to fund transportation projects, the Blue Earth County Board appears poised to pass the tax in the coming months — with two commissioners formerly opposed to the tax now seriously considering supporting it.

"I'm leaning more toward support at this point, just because we have so many needs with infrastructure," said Commissioner Kip Bruender, an Eagle Lake businessman.

Bruender, along with fellow businessman Commissioner Mark Piepho, have been meeting with various groups to gauge public reaction to the potential local transportation sales tax. The response at those meetings is one of the reasons Bruender and Piepho are reconsidering their previous opposition.

"It's been by and large quite positive ...," Piepho said. "I'd say I'd be leaning toward it and more in favor of it than I've been before."

The Board has been discussing the tax, which could be either a quarter-percent or half-percent, since July of 2013. At times, the board has appeared to be just one vote short of the 3-2 majority to pass it, with Commissioner Will Purvis of Vernon Center joining Bruender and Piepho in opposition. Authority for counties to impose the tax for local road projects came earlier in 2013 from the state Legislature, which has been at an impasse on how to generate more transportation dollars at the state level.

The same year, the Legislature also authorized counties to generate road revenue by imposing a wheelage tax — a flat $10 fee on all vehicles licensed in a county — which the board has also considered but never adopted.

Because Mankato is a retail hub, the sales tax would have a much more substantial impact on the county's road funding gap than the wheelage tax — which would generate $505,000 a year, according to county documents. A quarter-percent sales tax would raise just less than $2.8 million a year and a half-percent tax would bring that number to nearly $5.6 million.

By comparison, if the county were to rely on property taxes to generate transportation revenue, it would require increases of nearly 10 percent and 20 percent, respectively, in county property tax collections to boost road funding to the same level as the sales tax options.

The five-member board has been unanimous on one point — $4.8 million in state road funding to the county, supplemented with $2 million in property taxes, isn't enough to even maintain the county road system, which would cost just over $11 million to meet standard maintenance schedules. In addition, the board is under pressure to build new roads and expand some increasingly busy roads, particularly on Mankato's rapidly expanding east side.

"We've got some infrastructure needs, and we've got to deal with them," Bruender said.

Board Chairman Vance Stuehrenberg, who along with Commissioner Drew Campbell, has been consistently in favor of passing the sales tax if the Legislature continued to fail to boost county road funding.

"We're not getting the help we need from the state of Minnesota," Stuehrenberg said. "Last year, we were pretty much promised there would be a transportation bill and nothing happened. If that had happened, we probably wouldn't be having this discussion."

But Stuehrenberg is increasingly pessimistic about the chances of compromise at the Capitol between Republicans, who have suggested that more road funding can be found by shifting dollars currently going to other programs, and Democrats, who say the only long-term solution is an increase in a dedicated road-funding source such as the gas tax.

The local sales tax also makes sense to Stuehrenberg because, unlike property taxes, it would require commuters and shoppers who use Blue Earth County's roads to help finance their construction and maintenance — even if they live outside the county.

"People from southern Minnesota and Iowa pay for our roads (instead of just using them)," he said.

Some estimates from the city of Mankato have suggested that up to 70 percent of the retail sales in the city are to people who live outside of Mankato and as far away as northern Iowa, Stuehrenberg said. A portion of those non-resident shoppers live in other parts of Blue Earth County, but the figure still suggests that a sales tax would collect a substantial percentage of its revenue from residents of other counties, he said.

Another advantage cited by both Stuehrenberg and Bruender is that there would be local control over how the sales tax funding is used, with no state or federal strings attached. Stuehrenberg said he also believes it could free up the county to join the vast majority of counties in the state which provide transit service to small towns.

"I think it would be a plus-plus for the whole county," he said. "And the nice part is it would be county-run."

Bruender said he was "dead-set against" the sales tax not long ago, but the response at the meetings is one of the reasons he is giving the idea new consideration.

There was a presentation to a group of small business owners. While the sample size was small, it was unanimously in favor.

"I was surprised by the feedback," Bruender said. "It was very positive feedback in favor of the tax."

A second meeting, which included executives of some of the larger corporations in Mankato, also generated little outright opposition to the idea.

"Feedback wasn't quite as positive, but in general it was positive feedback," he said. "Nobody said 'You're nuts."

Even representatives of more rural county residents — about 30 township officials — encouraged passage of the tax. People have expressed doubts that the tax would ever go away once enacted, and some wondered if the county would drop the tax if the state government manages in the future to break its road funding impasse, according to Bruender.

He said he would favor adding a stipulation to approval of the tax that it would be reconsidered if state transportation aid increases substantially.

Bruender has brought the issue directly to constituents as well. Reaction depends on how the question is framed, he said. If people are queried about their reaction to a new tax, they're typically opposed. If they're asked about support for a tax dedicated to road projects, they typically wonder which road work would be prioritized.

Some of the questions must be answered specifically before any tax is imposed. Under the authorizing legislation, the county board would have to hold a public hearing where the specific uses of the money — including specific road projects — are identified. For construction and maintenance projects, the tax must terminate once the specified revenue is raised. Collections for transit operating expenses can be on-going.

When the board discussed the tax previously, there was some reservation about being one of the first counties to impose it. Business leaders also suggested that it would be helpful if Nicollet County, which includes North Mankato, and Blue Earth County were on the same page. And there was concern that a half-percent county road tax, combined with Mankato's half-percent local sales tax, would leave Mankato with one of the state's highest sales taxes.

Nicollet County commissioners appear reluctant to impose the sales tax, but they have approved the wheelage tax. By 2016, every county in south-central Minnesota other than Blue Earth County will have the wheelage tax. As of September, 51 of Minnesota's 87 counties had approved that tax and 16 had OKed the local sales tax.

Among the counties with both the wheelage and sales taxes are several relatively close to Blue Earth County, including Freeborn, Steele, Rice and Scott counties. Other southern Minnesota counties that have regional retail hubs — Olmsted and Lyon counties — also have both taxes. And Piepho said Brown County commissioners are seriously considering adding the sales tax to their existing wheelage tax.

Piepho, a Republican who served in both the state House and Senate, said he doesn't support a no-new-taxes approach when it comes to roads, noting that transportation and education financing are two of the duties specifically spelled out by the state constitution.

"I've never really had a problem with taxes for infrastructure and road construction," he said. "It's one of your duties as a county commissioner."

Attitudes have changed enough that Stuehrenberg, while not predicting how particular commissioners would vote, expects a road tax to be approved.

"I think we're going to get something," he said. "Whether it's half or a quarter-percent, I'm not sure."

Bruender said he's hopeful that Tuesday's discussion (which won't include a final vote), and related media coverage, will cause more Blue Earth County residents to weigh in. A decision will follow at a future meeting on whether to move forward with the formal public hearing, followed by a vote on enacting the sales tax.

"I think we hope to make a decision by the end of the year," Bruender said.

Two Blue Earth County commissioners, formerly opposed to imposing a local sales tax for transportation projects, are reconsidering after hearing more support for the idea than opposition at recent meetings with business owners and other residents.

The Brown County Board of Commissioners passed a half percent sales tax on Tuesday morning to help cover the cost of projects, saying they had no choice.