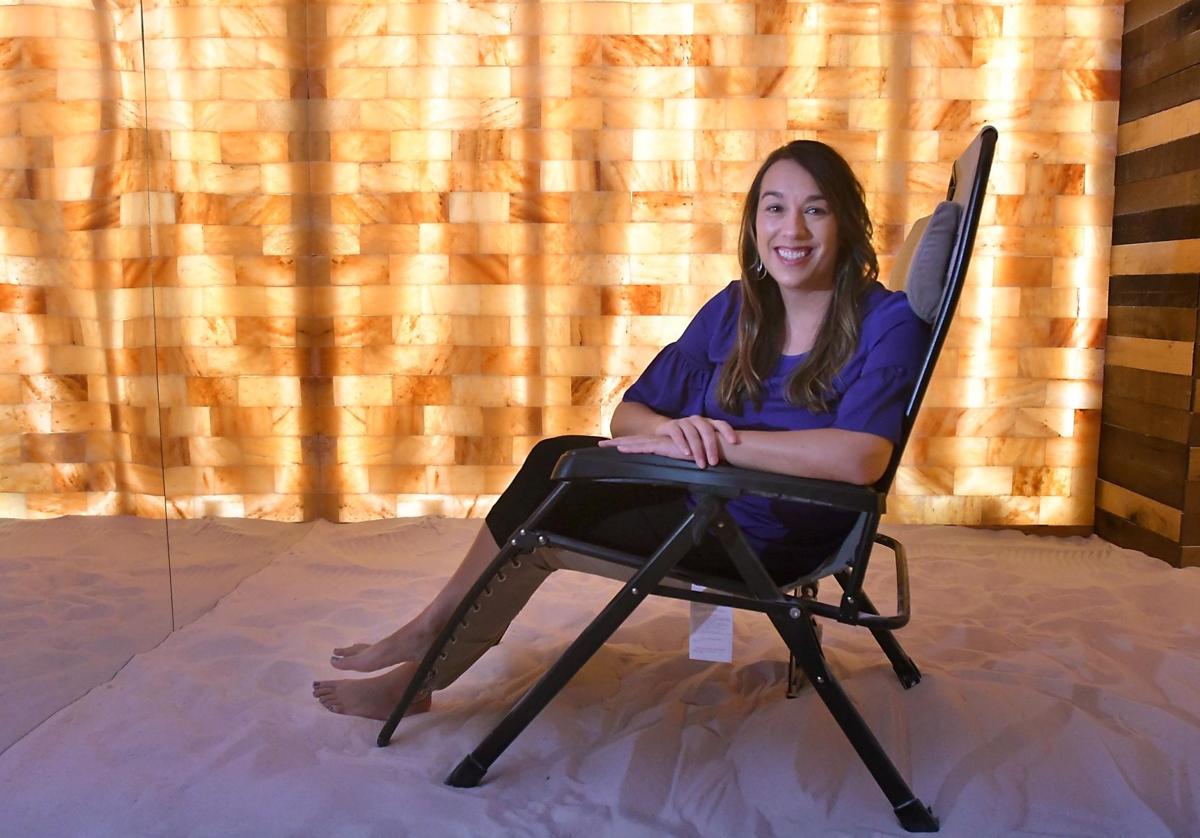 Gari Jo Jordan, owner of Body Concepts in Mankato, has sought to replicate environmental conditions found in natural salt caves at her spa. 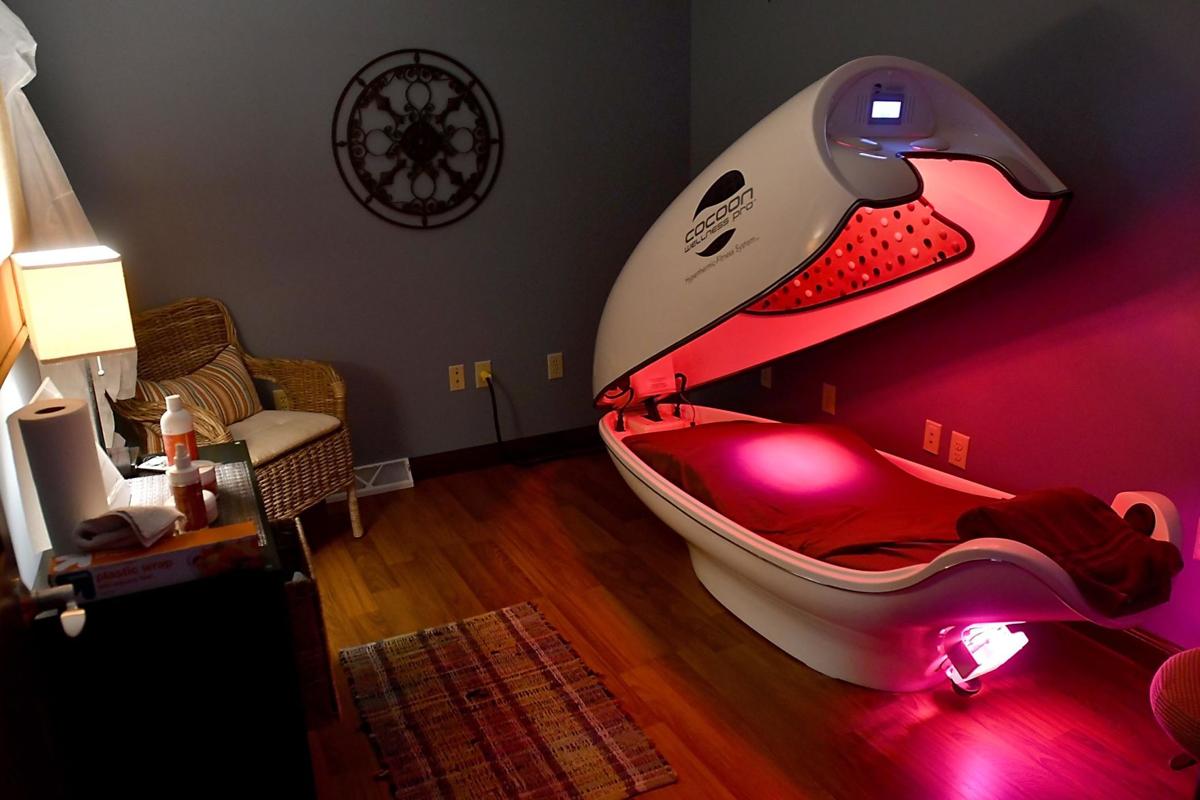 Gari Jo Jordan, owner of Body Concepts in Mankato, has sought to replicate environmental conditions found in natural salt caves at her spa.

In the early 1800s, a polish researcher and doctor sought to understand why miners in salt caves in Eastern Europe were not suffering from the common respiratory ailments associated with other forms of mining. That particular study determined those miners — who were inhaling microscopic salt particles from chiseling and hammering — were actually benefiting from inhaling those airborne molecules.

Gari Jo Jordan, owner of Body Concepts in Mankato, has sought to replicate environmental conditions found in those natural salt caves at her spa on Riverfront Drive. It’s one of several body rejuvenation services she has expanded into since she opened the business in 2013.

Prior to opening Body Concepts, Jordan was a stay-at-home mom who discovered the benefits of body rejuvenation during a time of transition in her own life.

“These were all things that helped me through my healing, to get my body and emotional state back on track,” she said.

Some of the services she offered in the past — like hiring a nutritionist and personal trainer to her staff — didn’t pan out, but she said taking a “learn and grow” attitude has been instrumental in her successful growth as a local business.

“There’s a lot of trial and error,” Jordan said. “It’s never a failure, it’s always a step to grow and move forward.”

Since then, she’s developed a niche of treatments that she first experimented personally, later offering services in Mankato typically found only in bigger cities, like Minneapolis or St. Paul.

She paid a visit to a salt room in the Twin Cities and found it effective in reducing her cough; so she created her own salt room in Mankato in early 2018. It’s the more recent of a number of therapeutic and relaxation treatments she offers there.

“The halo generator pumps that therapeutic salt air into the room, so that’s what makes it a salt room,” Jordan said. “It grinds the salt into tiny, little particles that go in and act like little scrub-brushes, detox those lungs and open up those airwaves.”

The salt room in many ways resembles a beach on a warm, summer day. The heated floor is blanketed with 2,000 pounds of pure, Himalayan salt, and the walls are made up of 600 illuminated salt tiles. Clients lay back in a zero-gravity chair and have the option of listening to meditative, calming music.

Jordan said business picks up in December, right when people are dealing with respiratory illness or are looking for a remedy for getting through the cold and limited light during the long, winter months in Minnesota.

Body Concepts offers a variety of relaxation therapies geared towards the winter blues and seasonal affective disorder. Along with the salt room, foot soaks, facial massages and all-body rejuvenation therapy, clients can soak and float in salt-infused pods and warm up in sauna pods.

“Rather than being enclosed in a sauna, you get to lay down; we keep your head cool with offsets the work your body is doing,” Jordan said. “It’s not quite as hot because your head is out, but your body is getting all the great benefits of the sauna.”

She also added a float tank, with plans to add a second one early next year. While most of her clients are women of all ages, men are particularly attracted to the float tank. The water temperature mimics the surface temperature of the human body, set to 94.7 degrees. About 1,000 pounds of Epson salt infused with the warm water causes the body to float; and clients control the lighting and music.

“When you get in, the water is completely still,” she said. “If you want the whole sensory deprivation, you can turn off the lights and the music. The number one reason why people float is stress relief; it puts you in such a deep state of relaxation.”

Jordan said everybody who walks through Body Concepts does so for different reasons, and that everybody has a different experience; what works for one may not work for another. She encourages clients to keep an open-mind; most people are unfamiliar with salt therapy, but Jordan said many clients have reported a noticeable difference after trying it a couple times.

Kaaren Grabianowski, of Mankato, has tried all of the amenities there with the exception of the floatation therapy. She met Jordan a few years ago through a mutual friend, and has been a regular customer. When Jordan opened the salt room in January, 2018, Grabianowski was one of the first to try it. It’s now her favorite treatment at Body Concepts.

“Every winter I get a bad chest cold and it lasts for months,” Grabianowski said. “I hadn’t heard of salt therapy before; I had been to doctors, I had tried medications and over-the-counter stuff and I couldn’t get rid of it.”

“I was surprised that it worked; I was amazed by how quickly it helped me,” Grabianowski said.

Jordan said the main reason she opened Body Concepts is to share how the different therapies have helped her over the years, and there are a great deal of people in Mankato who are looking for more options when it comes to body rejuvenation.

“I’ve been very fortunate that the community has been very receptive to these types of services,” Jordan said. “We’re in a great area for that; so it’s been really good and has grown every year.”

After several expansions at her 1615 N. Riverfront Drive location over the past few years, Jordan said visitors to Body Concepts will have even more options to choose from starting in early 2020. The next expansion will add another float tank and two hot yoga sauna boxes, which are small sauna rooms that accommodate up to three people, along with a yoga studio and classes.

“Everybody walks through the door with a need, they’re here for a reason,” Jordan said. “It’s just trying to help them find that reason and get what they’re looking for out of their experience here. For the most part I’m here all the time, but it doesn’t seem like work and I enjoy it immensely.”