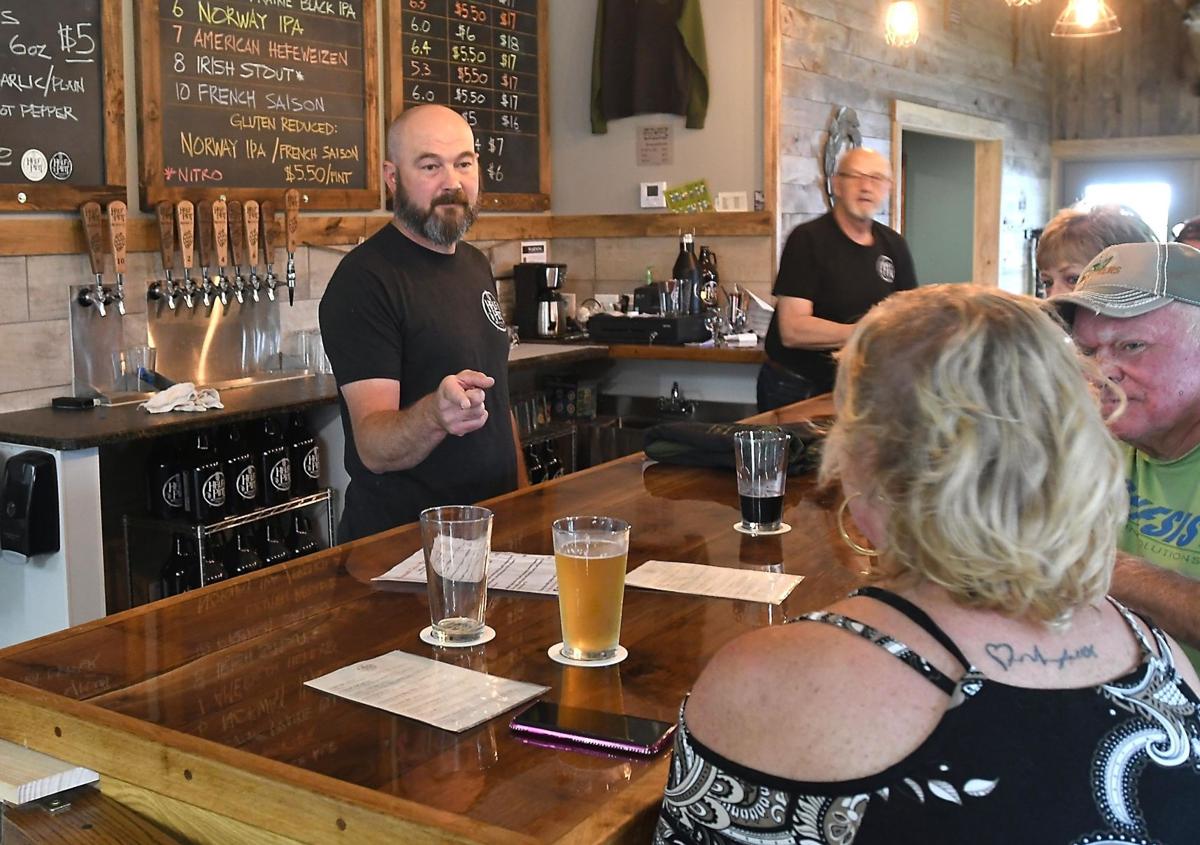 Half Pint Brewing offers a rural setting where customers can sit inside or outside and can view hops being grown on the property. 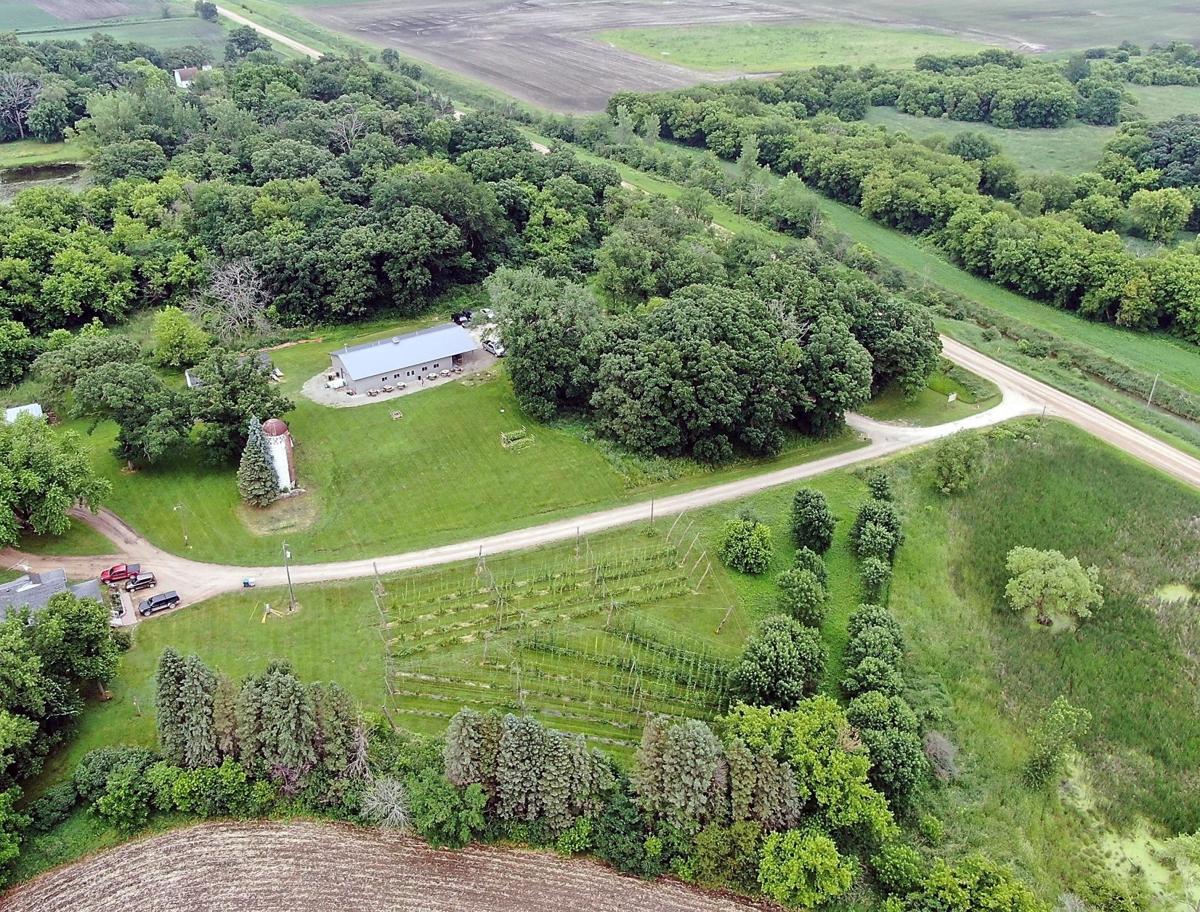 Half Pint Brewing is unique in its rural setting near Waseca. 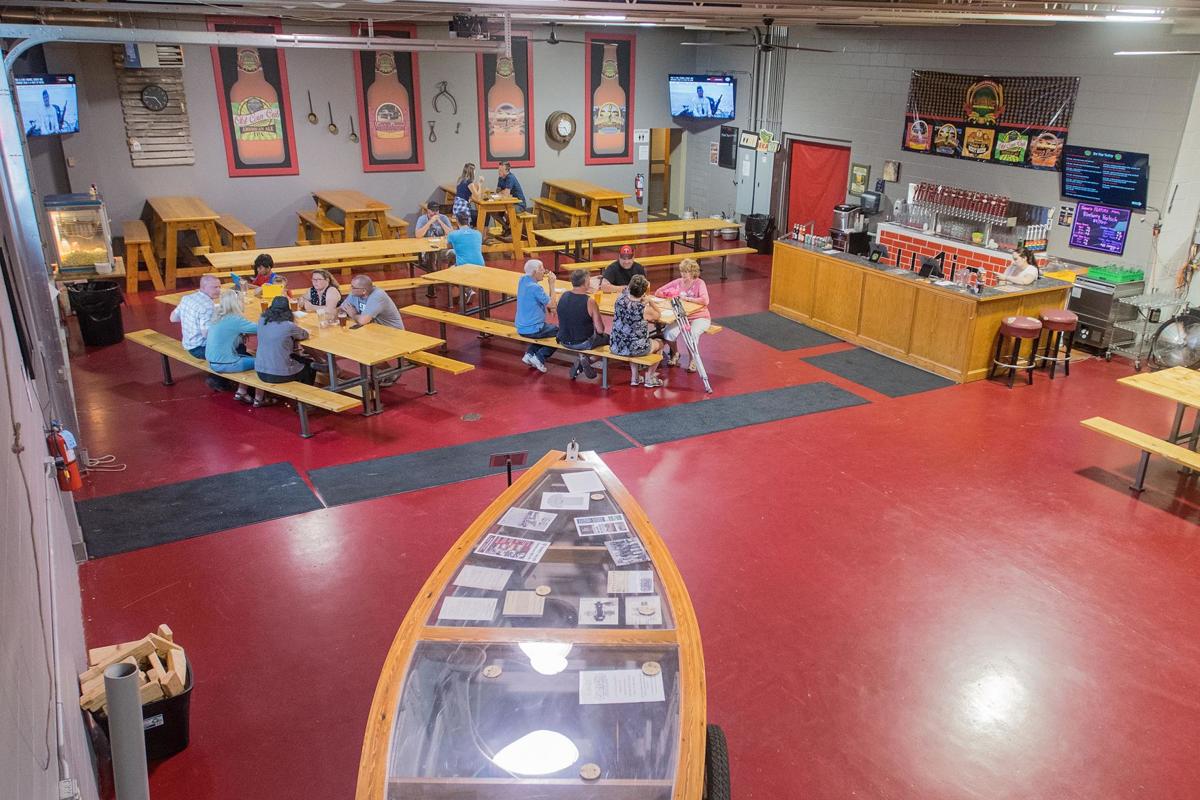 The taproom at u4ic Brewery features 24 different taps, free popcorn and board games for customers.

Half Pint Brewing offers a rural setting where customers can sit inside or outside and can view hops being grown on the property.

Half Pint Brewing is unique in its rural setting near Waseca.

The taproom at u4ic Brewery features 24 different taps, free popcorn and board games for customers.

The business of beer brewing shows no signs of slowing down as new pubs and breweries continue to open and existing ones grow.

“I think there will be a lot more growth in the next few years in smaller cities,” said Lauren Bennett McGinty, executive director of the Minnesota Craft Brewers Guild.

It took Jeff Luskey and his partners years of maneuvering through planning and zoning to finally get their u4ic brewery open in Blakeley, but when it did it became an instant success.

“This year has been really good. Our taproom is pretty much full a lot of the time.”

Mike and Amy McQuery opened a true farm brew pub in rural Waseca and have seen steady business at their Half Pint Brewing Co.

Mike said that while some breweries and brew pubs have gone out of business, he thinks the market is far from saturated.

“I think those going out of business were overreaching. I don’t think the market is oversaturated.

“It’s going like it was before prohibition when every small town had a brewery. That’s what’s happening now. I see more and more people who want to try different breweries and maybe go to two or three nearby and try them.”

The non-stop introduction of new brews leaves MGM Wine and Spirits owner Greg Dembouski constantly looking for what to stock on the shelves.

“It’s never ending. The distributors bring the brewery reps around and we get a chance to taste some of them and we get a consensus at the stores and decide whether to bring them in or not.”

There are 170 breweries in the state and 145 of them are members of the Brewers Guild, said Bennett McGinty.

She said that in spite of the growth, few breweries are closing. “We had four or five last year and one closed this year in downtown St. Paul.”

She estimated about 70% of the breweries are small, selling beer out of their taprooms, with the other 30% also selling to liquor stores, bars and restaurants.

Bennett McGinty said Minnesota brewers have plenty of ingredients available to them. “We’re fortunate to have a lot of brewing ingredients. One of the largest hop farms in the Midwest is Mighty Axe Hops in Foley.

She said there are a few farm breweries that pride themselves on growing some of their own ingredients. “There are more thinking of growing fruit and other ingredients and many use local ingredients.”

She said that while the capital investment can be large, Minnesota breweries usually hit the ground running when they open.

“We have a great community of brewers and they have interested investors. And small towns are helping a lot with zoning and even grants and low-interest loans. They have support from communities.”

Dembouski said MGM starts with area brands. “If Schell’s or Mankato Brewery have a new one that’s definitely going in. And items featured at the State Fair, like Grain Belt Blu, we try to get those if they’re a hit,” he said.

He said their beer distributors have a lot of say in what is carried at MGM. “And we listen to our customers. They know what they want. And it seems like the harder it is to get, the more they want it,” Dembouski said.

He said brewers of any size can no longer assume that once they get a customer who likes their brand they will keep them as customers. “I think the loyalty is gone. People want the latest and greatest. You can get bumped out of stores or tap lines pretty easily.”

He said edgy names help sell a beer. “But in the end it’s all about the taste.”

He said there are many brew enthusiast groups that spread the word quickly about new, good beers.

“They talk on social media and word spreads fast. People ask, ‘Why don’t you have that beer’ and it’s like, that just came out yesterday. It’s tough to keep up.”

Long road to openingLuskey, his brother Dave and Curt Fossom all did home brewing in the late 1980s.

“The ingredients were horrible back then. The beer was terrible, but we drank it and liked it,” Luskey said.

All three are originally from Jordan but Luskey lives in Blakeley. In 2012 the trio explored opening a brewery in Jordan but found rents too high. That’s when they began looking at a vacant building in Blakeley.

They upgraded the building, but soon ran into red tape with the county. “It took us two, almost three years because the county hadn’t done (a brewery) before. In 2015 we finally got the OK to open.

“The thing with the county took a financial toll on us. We were renting a building we couldn’t use.”

There are 24 taps at u4ic, offering something for everyone, including root beer. “We have everything from the lightest cream ale to dark, heavy imperial stouts.”

Luskey said construction on Highway 169 last year cut into business but people have found their way back this year.

And the township changed an ordinance so that u4ic can now be open on Sundays.

Besides their taproom, which holds about 100 people, u4ic distributes to bars and liquor stores.

“We always have food trucks here when we’re open. There is a fire pit on the patio. It’s a relaxing environment.”

Beer and pizzaThe McQuerys opened Half Pint Brewing in December. They’d lived in Oregon but visited a family member who lived here.

“We fell in love with it,” he said of the Waseca area. They moved here from Oregon and six years ago bought land and built the building.

“We’re a little different from any brewery in the state because we’re out in the country rather than in town. We wanted to be a farm brewery, more like a winery. We’re growing our own hops and raspberries and sourcing as much as possible locally,” he said.

They partner with the nearby Pleasant Grove Pizza Farm. “People can order from them and they deliver it here, right to people’s table in about 20 minutes. It works out for us because we didn’t want to do food. We’d lose people at dinner time because we didn’t have food. So now people come out for dinner.”

Half Pint has 10 taps and has eight or nine different brews.

“I’m rotating them all the time. It’s been playing around with a lot of recipes to see what people like and what’s selling. We’re coming down to four that will be on tap all the time — Hannah’s Honey Cream Ale, Norway IPA, Pa’s Porter and Fra-Seltet”

With a three-barrel system, Half Pint is considered a nanobrewery.

He said when they first opened they were expecting 30 or 40 people to come on a weekend. “We got 300 on opening weekend. It was a big surprise. We had to shut down for two weeks because we ran out of beer. Now I know how much to make.”

“Being unique helps us. You can’t go anywhere else and sit on a farm and see the hops growing. Breweries need to differentiate themselves somehow.”