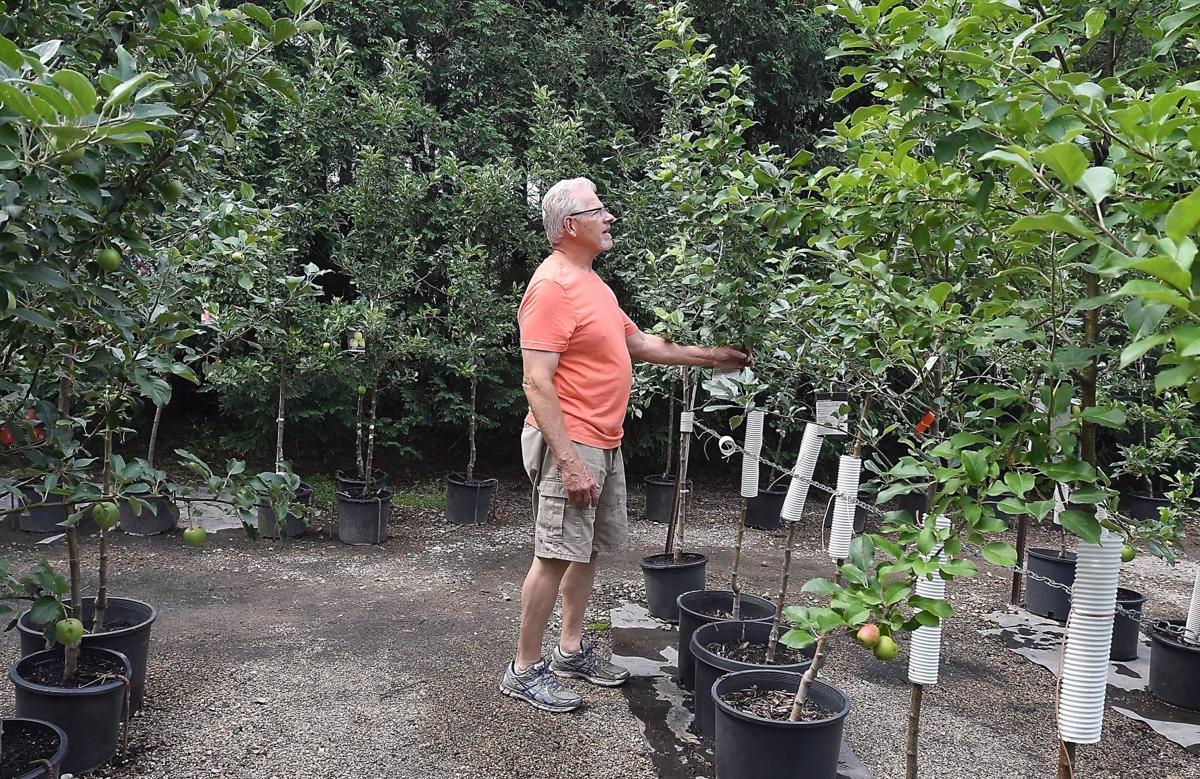 Edenvale Nursery’s Tom Branhan checks on some of the fruit trees. 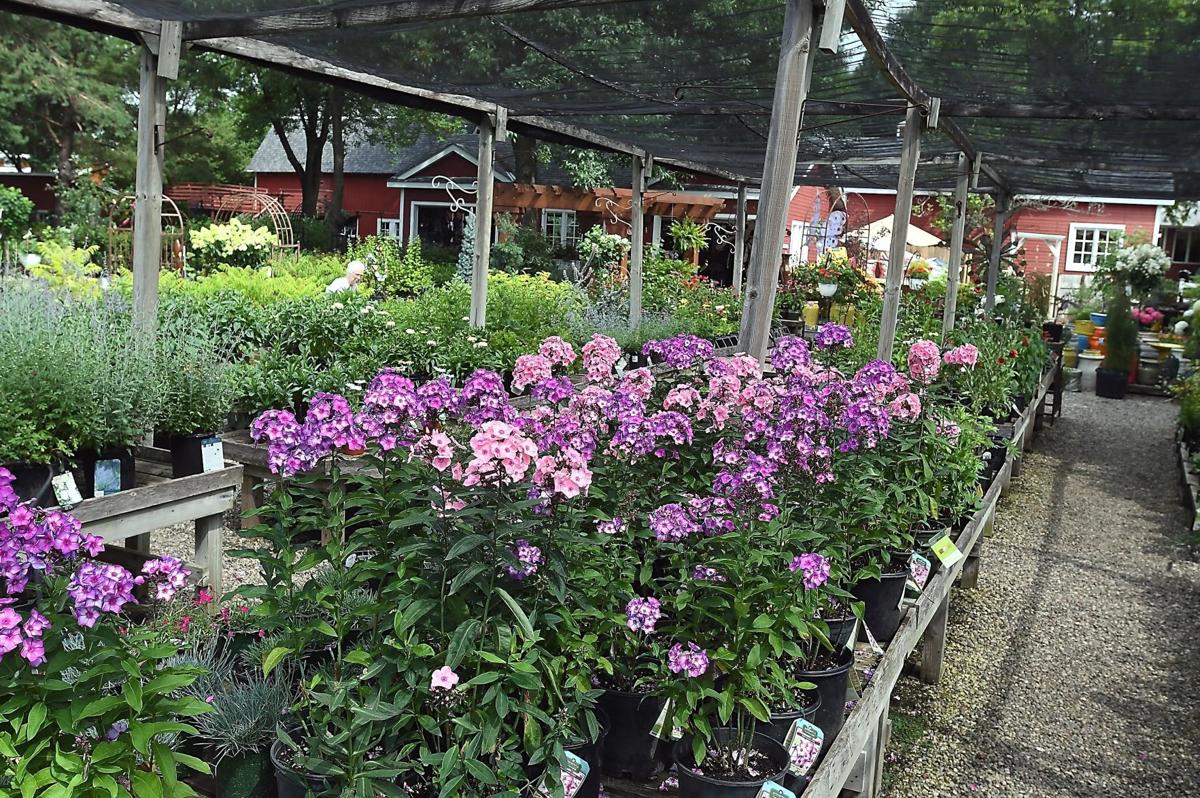 While they are selling this year’s stock, the Edenvale staff is already ordering plants, trees and shrubs for next season. 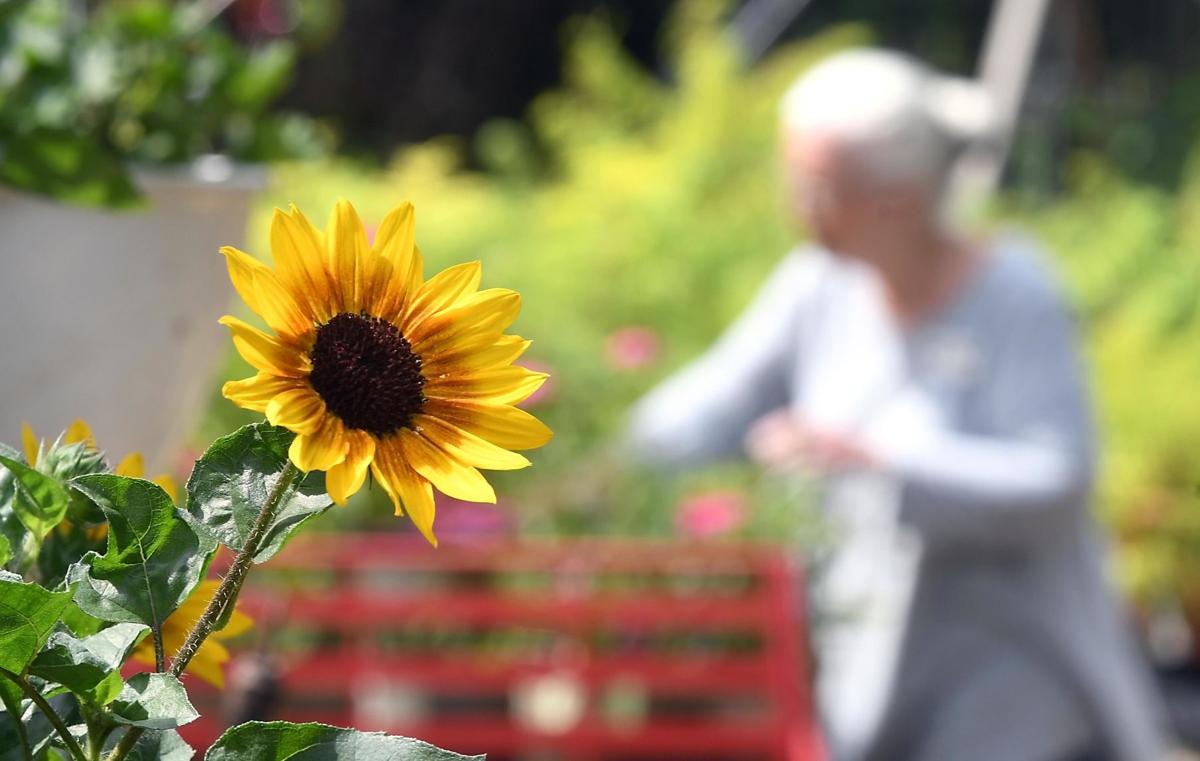 Beyond people want to buy nursery stock, many come to see the grounds just to enjoy the colorful flowers, paths and pond.

Edenvale Nursery’s Tom Branhan checks on some of the fruit trees.

While they are selling this year’s stock, the Edenvale staff is already ordering plants, trees and shrubs for next season.

Beyond people want to buy nursery stock, many come to see the grounds just to enjoy the colorful flowers, paths and pond.

When Tom Branhan took over the 43-year-old Edenvale Nursery he wanted to keep the enchanting grounds and quality plants the business was known for. But he also has upgraded the grounds and brought in more varieties of plants.

“We’re 5 acres, trees, plants, shrubs all walkable. It’s a phenomenal setting, there’s nothing like it around. We’re so diff than the box stores,” he said.

“We’re starting to take out some of the older trees and shrubs and replanting. We remodeled the office, put in new fencing. It’s totally different than what it used to be but it still has the same charm.

“People come out here with their coffee and donuts and sit by the pond in the morning. That’s why I fell in love with it when my son was working here.”

Branhan and his wife, Robin, have always been avid gardeners while they lived in different places around the country. But as the CEO of major companies, before his retirement a few years ago, Branhan wasn’t a typical candidate to buy a nursery.

The couple lived in Mankato while he was a CEO in the Twin Cities for a company that recovered old roofing material, taking out the tar, fiberglass and sand that could be reused. He’d previously headed large ethanol companies.

After he retired, Edenvale owners Jim and Betty Koberoski asked him if he’d manage the garden center as they were preparing for retirement. He’d gotten to know them through his son who’d worked at the nursery.

“In 2015 they asked me to come on board and run the place, so I managed it and ended up buying it. I’m waiting for my second retirement, if that’s ever going to come.”

The timing of the purchase was inopportune in one respect — a major road reconstruction of Highway 22 south of Mankato, where Edenvale is located, disrupted two years of business.

He said sales are still lagging a bit this year but business is much improved. “We lost a lot of customers when the road was closed but hopefully they’ll come back.”

The biggest learning curve in the new business was the scale. “I was used to running a company with 800 or 900 employees, an executive leadership team. Here you have 15 employees, so it’s a lot more hands on here.”

Robin runs the office, purchases all the giftware and does other tasks at the nursery.

He also had to learn the ins and outs of ordering all the stock for the nursery.

“Ordering has to be done now until January for next year. It took a while to learn that.

The value I have are the employees. I have core employees with horticulture degrees who’ve been here a long time. They brought me the expertise and taught me what I know.”

They order from the eight major growers. “They’re all highly qualified growers and we specify the grades we want, the highest grade and the largest trees and shrubs. We have more mature plants and expertise to help people understand what they’re buying and how to plant and care for things.”

While last winter was harsh on plants, shrubs and trees, Branhan said they didn’t see a high return of dead stock on the trees and shrubs they sell that have a one-year warranty.

“We saw a higher rate of returns, but not huge. We give people good instructions on how to plant so we have very few coming back, surprising low,” he said.

“If you send someone home with a strong, healthy plant they’re going to be in good shape. If it’s weak it’s hard to get it through the hot summer and harsh winter.”