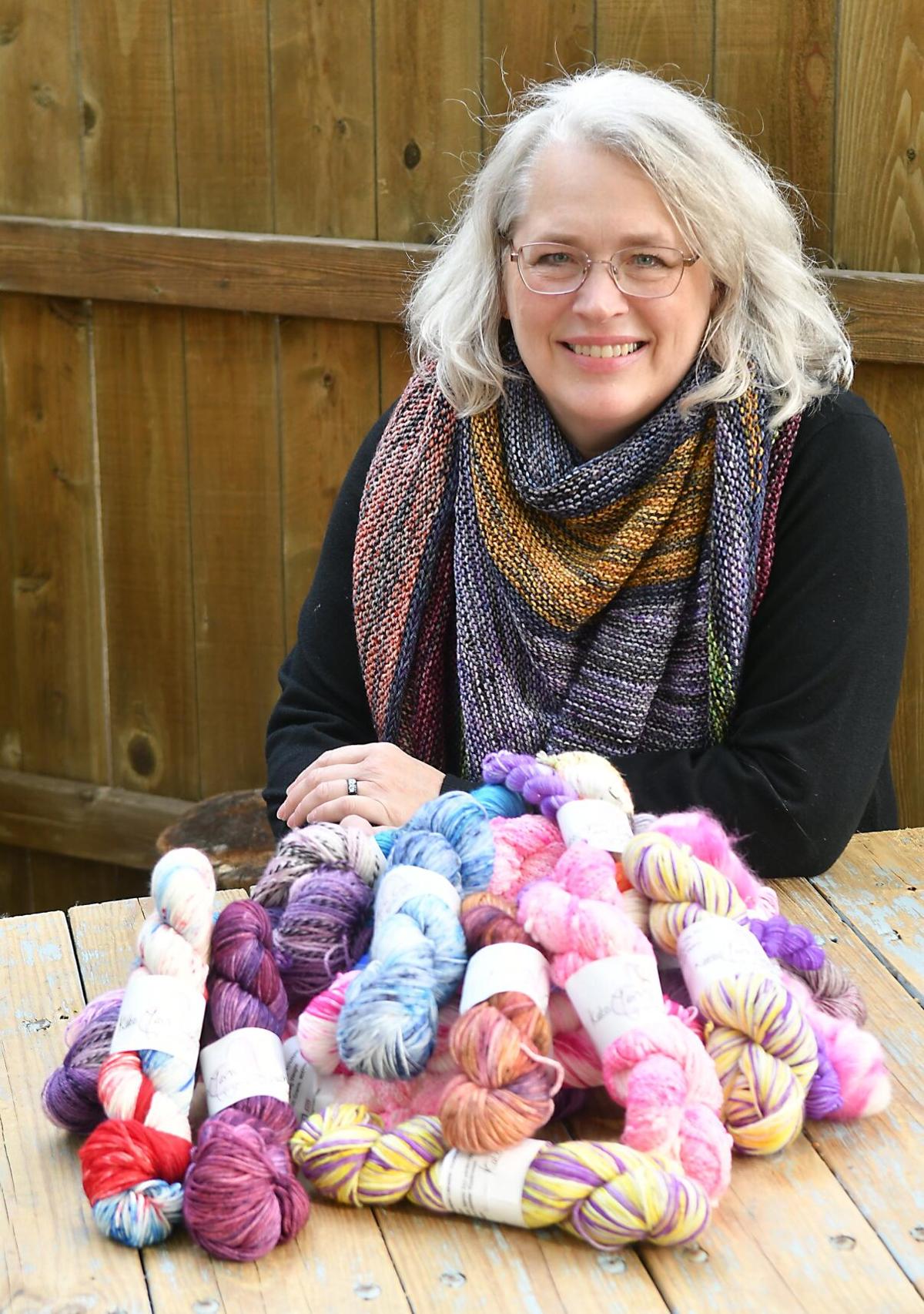 Shelly Huls, of Kato Yarn Company, with some of her hand-dyed yarn. 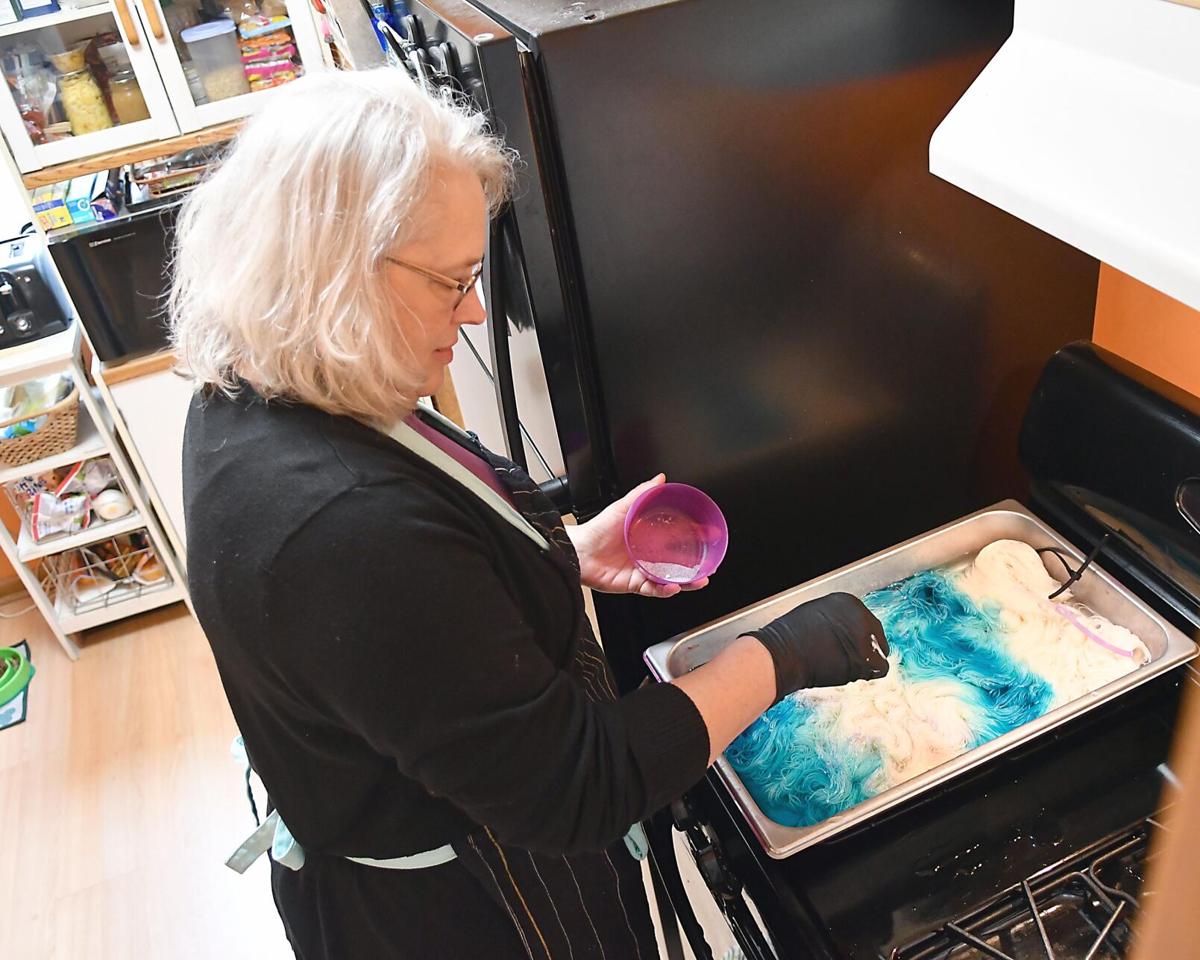 Shelly Huls dyes yarn on her stovetop inside her Mankato home. 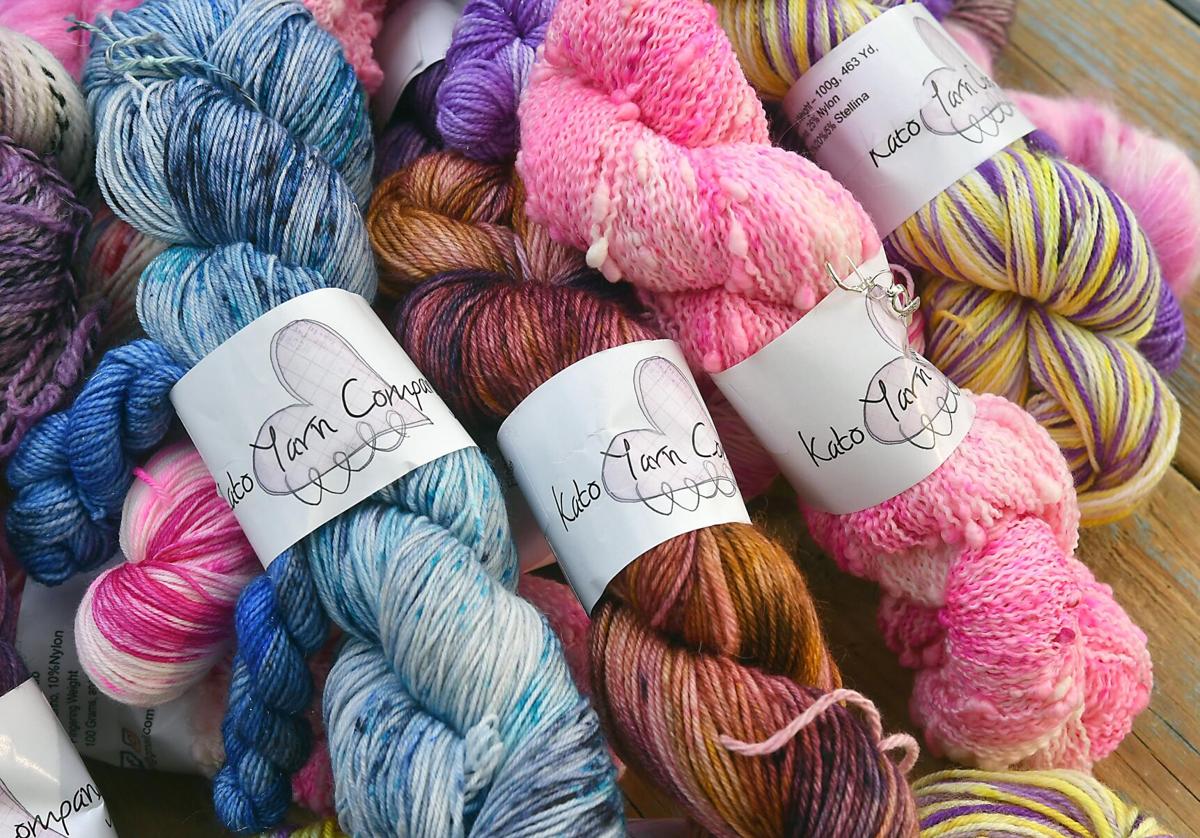 Shelly Huls, of Kato Yarn Company, with some of her hand-dyed yarn.

Shelly Huls dyes yarn on her stovetop inside her Mankato home.

MANKATO — What is it about making handmade clothes? Is it knowing that thought and care went into its creation rather than simply picking it from a store’s shelf? Or is it the pleasure of knowing that the item is one-of-a-kind, something that can’t be duplicated?

For Shelly Huls, creator of the Kato Knitting Company, it’s both – and more.

“I’m either knitting or sewing or spinning,” Huls said about her creative hobbies. “I love making things. I love having that finished project, and if I make a mistake on something, I don’t mind ripping it out.”

Huls’ passion for all things knitted began when she was a young girl visiting her grandmother. On one trip, she found a collection of knitting needles and begged to be taught, but her grandma, who only crocheted, couldn’t instruct her. Although it was several more years until she would teach herself to knit, Huls vividly remembers her original fascination.

Once she began to knit, Huls couldn’t seem to stop. Having three children for whom to make sweaters and socks certainly fed her interest.

After she had been knitting for 20 years, Huls began to notice a new trend in the needlecraft world. With the rise of Etsy and a resurgence of interest in handmade crafts, hand-dyed yarn was becoming the rage.

“I saw a lot of hand-dyed yarn on social media,” Huls said. She enjoyed the colors and was curious about the technique. Several YouTube tutorials later, she decided to give it a try.

“I love the results. It’s a variegated color that you get – it’s not just one solid, boring color.”

Huls tried several different kinds of dye, even Easter egg dye, before settling on commercial acid dye. Currently, her favorite way to dye yarn is the stove method. When preparing a batch, she heats pans of water on the stove until they begin boiling. She then places undyed yarn inside, and adds her dye. When the water turns clear, the yarn has absorbed all of the color and she knows that it’s done.

“It’s easiest for me with the type of dye that I use,” Huls said. “I’m not saying that I’m limiting myself to one type of dying, but I’m experimenting with the pan dying right now.”

A simple batch of stove-dyed yarn can take as little as 15 minutes to create. The longest Huls has spent on a single project has averaged around an hour or two, depending on how many layers of colors she uses. After it is finished, she hangs the yarn outside on her clothesline. If the weather is poor, she keeps it inside and sets it under a fan.

Huls has especially enjoyed manipulating her dyes to try to predict how the yarns will look when knitted. She has developed a knack for planning ahead when it comes to determining color patterns in her own knitted creations.

Although Huls began her dyeing project purely for the fun of it, she also realized her engrossing hobby had the potential to become something more.

“I just knew that I really enjoyed the dyeing and creating process, and knew that I would have to look for some outlets to recoup some of my loss,” Huls said with a laugh.

She set up a shop on Etsy, named Kato Yarn Company, and began selling online. She also began visiting local vendor shows with her wares and was happy with the positive response from customers.

When selling products, Huls mainly works with wool yarns. Lately, Huls said she has noticed that the wholesalers who supply her yarn have been experiencing shortages.

“Undyed yarn is getting really hard to find,” Huls said, adding that she is still able to create enough to sell.

Although this year has posed challenges to startup businesses, Huls said that she would enjoy expanding her company in the future. She has considered the possibility of a boutique storefront but does not have any set plans for a physical presence yet.

“I’m just having so much fun dyeing the yarn and working with the yarn,” Huls said. “Right now, I’m having a blast!”