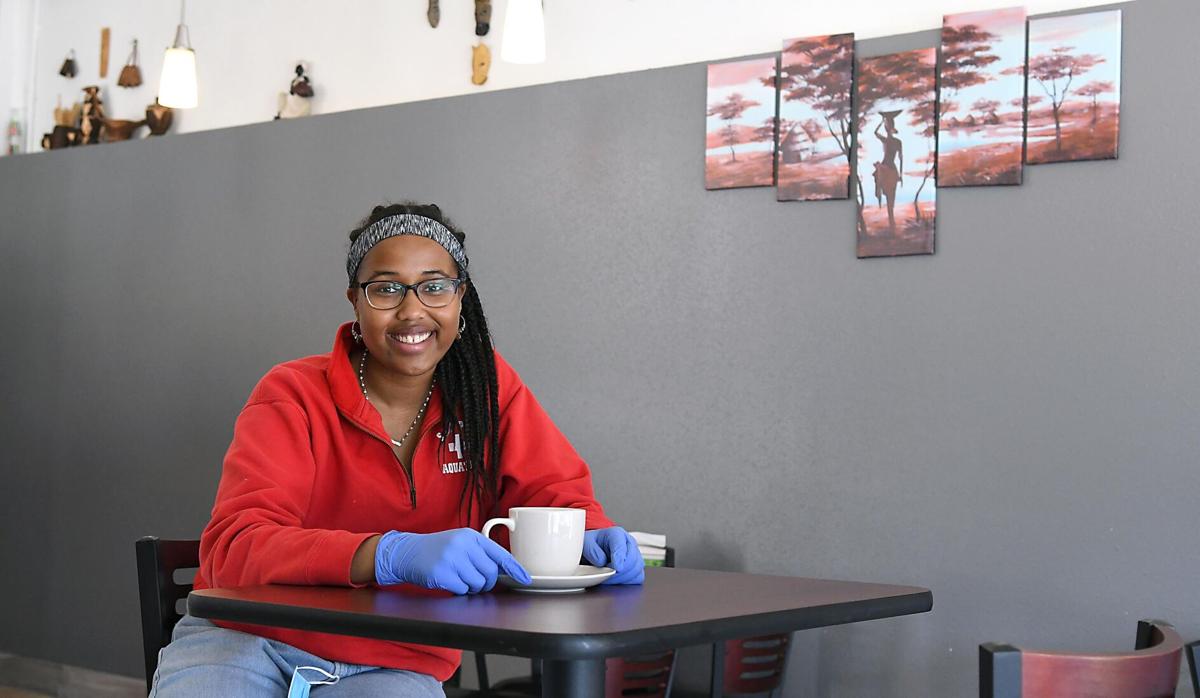 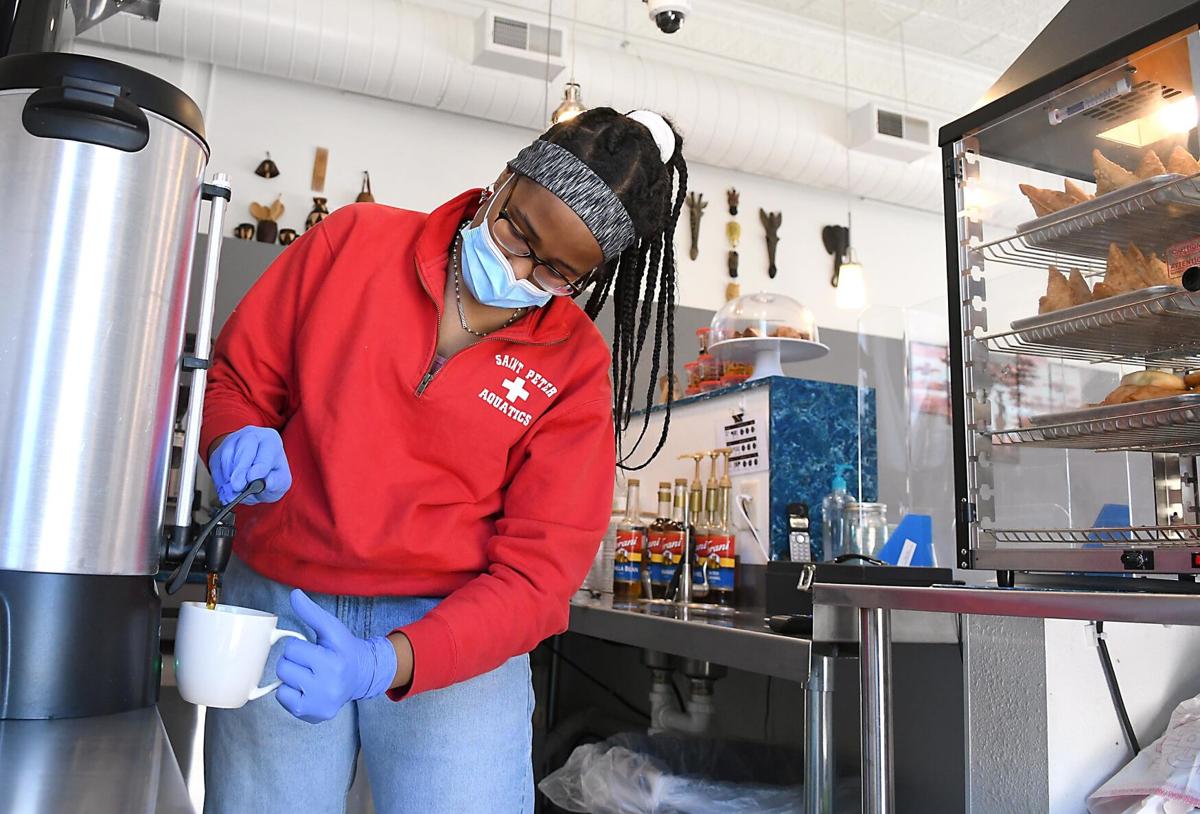 Rahma Abdi serves up a cup of coffee at Karshe Tea, which offers a blend of East African and American fare. 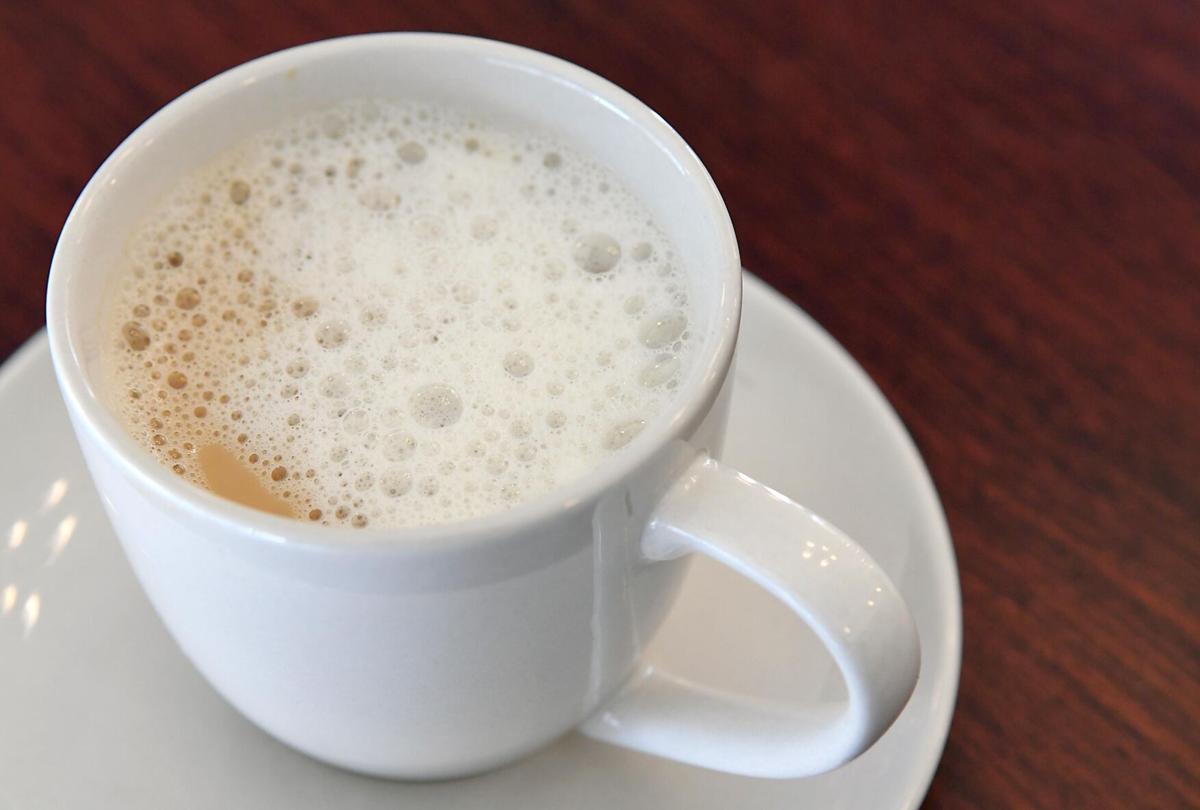 In Somalia, tea is synonymous with social gatherings and is served with evaporated milk and sugar, along with spices such as cardamom, ginger, cinnamon and cloves.

Rahma Abdi serves up a cup of coffee at Karshe Tea, which offers a blend of East African and American fare.

In Somalia, tea is synonymous with social gatherings and is served with evaporated milk and sugar, along with spices such as cardamom, ginger, cinnamon and cloves.

By the time Sami Ismail arrives for work each afternoon at his new Mankato business, Karshe Tea, he’s already put in a 10-12 hour shift at Cambria, a company he’s worked for since 2001. It’s usually around 10:30 p.m. by the time he closes the tea shop. Then he heads home for a short night’s sleep before repeating the cycle all over again the next day.

It’s that kind of devotion and commitment that made his lifelong dream of opening an East African infused teahouse that doubles as a café and restaurant a reality.

Ismail said the strong and highly caffeinated Somali coffee – to be served when the kitchen opens in early August – provides the fuel to get through the long workday.

“My neighbors make American coffee. I make the African coffee,” he said. “You drink one shot and can work for 40 hours with five minutes sleep,” he joked.

Karshe Tea, named after Ismail’s grandfather, combines the familiar with the new, although Ismail’s goal is to model Karshe Tea on a café found in Somaliland, an autonomous region of northern Somalia bordering Djibouti to the north and Ethiopia to the west.

Throughout Somalia, tea is synonymous with social gatherings and is served at everything from formal meetings to guests in the home. It’s often served with evaporated milk and sugar, along with spices such as cardamom, ginger, cinnamon and cloves.

“Tea is very much known among the Somali culture,” said Rahma Abdi, Ismail’s daughter and business manager. “At any kind of family gathering or social gathering – tea is always served.”

While Americans turn to iced tea on a 95-degree day, Ismail said hot tea is the chosen remedy for beating the heat in Somaliland. That approach actually has some science to back it up; a hot drink causes the person to sweat, ultimately cooling the body as it evaporates.

“We drink hot tea to cool down,” he said.

While Karshe Tea, which opened in June, features some of the usual coffee shop goodies, like cinnamon rolls, banana bread, lattes and cappuccino, it’s quintessentially Somalian fare. The family-run business will offer a sweet and savory breakfast and dinner menu starting early August.

Some of the featured Somali dishes on the menu will include bariis, a rice dish, and baasto, a spaghetti dish with seasoned meat, along with chapati and sambusas, the East African version of an Indian samosa – a triangular-shaped pastry filled with meat and vegetables – and laxoox, a spongy pancake.

Abdi was only 7 days old when she and her family relocated to Minnesota from Yemen, where her parents met and had been living for eight years after fleeing the Somali civil war.

In 2016, as a present commemorating Abdi’s graduation at St. Peter High School, they took a family trip to visit relatives in Somaliland and Oromia, a region occupied by Ethiopia that is seeking independence. It was the first time in 30 years that her parents had been there, and for Abdi, it was life changing.

“I was able to see my people and my culture before my eyes and to be surrounded by it for 24 hours seven days a week for three months. It was a lot to soak in,” Abdi said. “It was just great being able to see my family on my dad’s side and my mom’s side and it made me realize that I want to live there one day.”

She was also able to see firsthand the cafés her father was trying to emulate, like the mango smoothie found in the tea shops and cafés of Hargeisa, Somaliland’s capital.

“The mango smoothie that’s very popular is called a mushakalka, which in a sense means milkshake,” Abdi said. “The smoothie with syrup, whipped cream and fresh fruit is how they serve it back home, so we wanted to incorporate it here.”

A year after the trip, Ismail turned his business idea into action. He looked at a couple of locations, one in upper North Mankato and another by the bars a few blocks away on Front Street, but it wasn’t until he found the current location, a former tattoo parlor directly across from the Mankato Public Safety center downtown, that he’d found the perfect fit.

“As soon as I found it, I signed the papers,” he said.

With the help of some friends, Ismail spent the next couple of years renovating the interior. When the basement flooded before opening, he spent an entire night filling buckets of water and bringing them upstairs. Abdi said her helping out with the business is the least she can do to thank her parents for the sacrifices they’ve made to provide opportunities for her and her siblings.

“Everything’s been solely on the back of both my parents,” Abdi said. “They haven’t taken a loan out for anything; it’s all just been saving money and continuously working and not getting a break to make ends meet.”

Ismail said he’s been dreaming about opening up his own business for years but wanted to wait for his children to get older before pursuing that dream. Even now, his mind is on their future rather than his own as he looks ahead to retirement.

“I’m trying to build a different life for the kids,” he said.