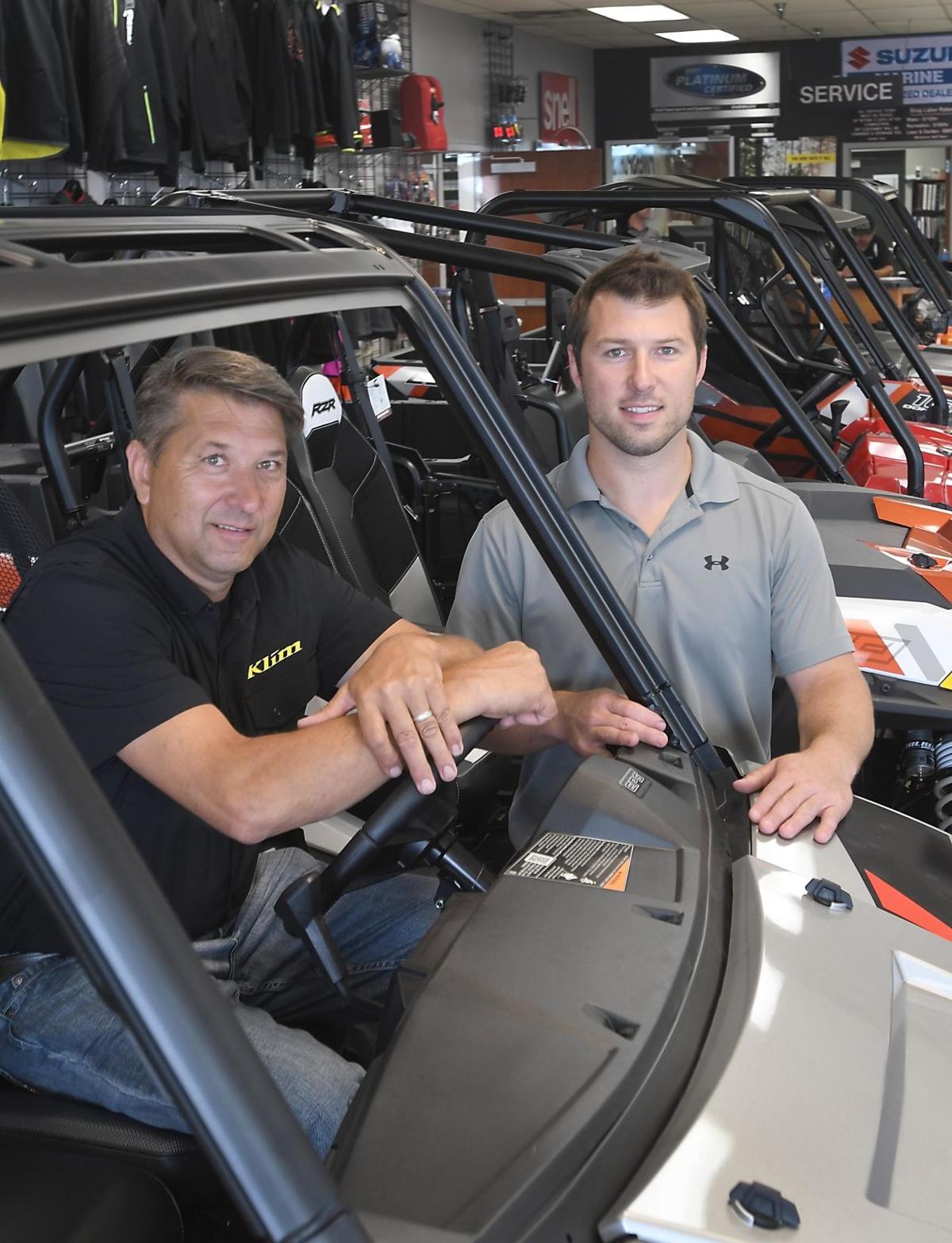 Pat Steffensmeier and his son Tony own Snell Power Sports, soon to be Mankato Power Sports. 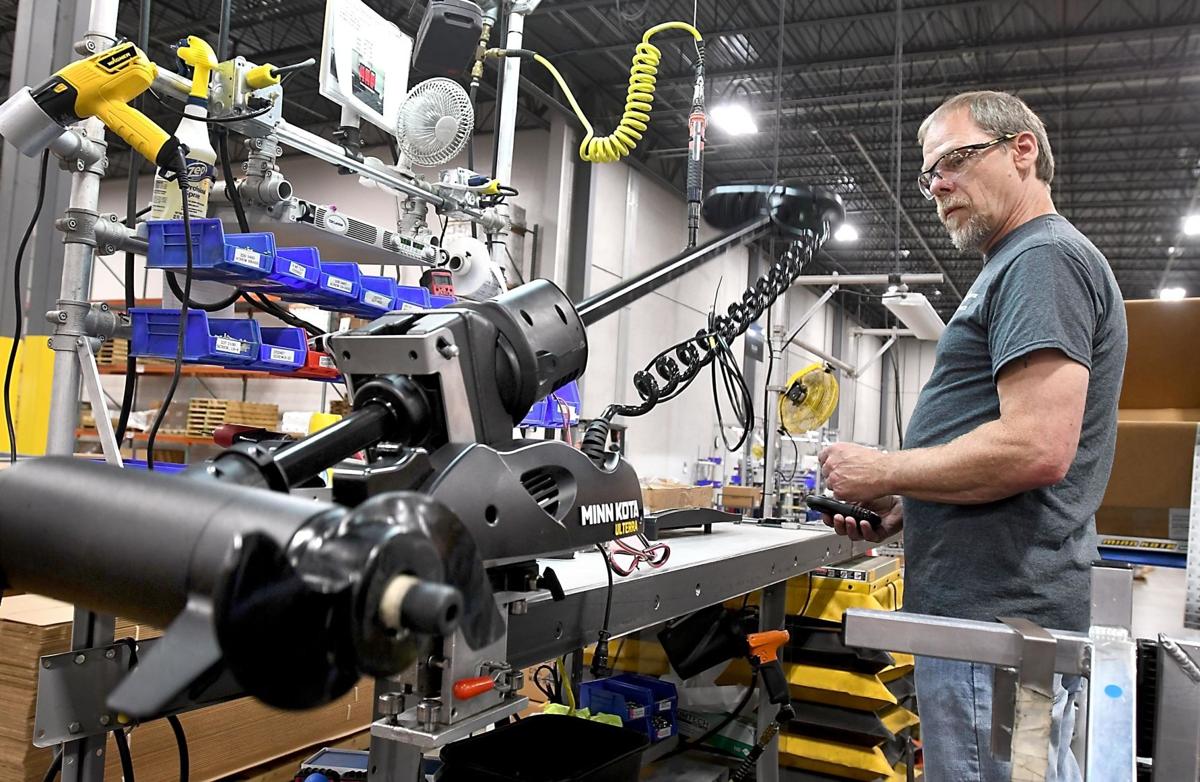 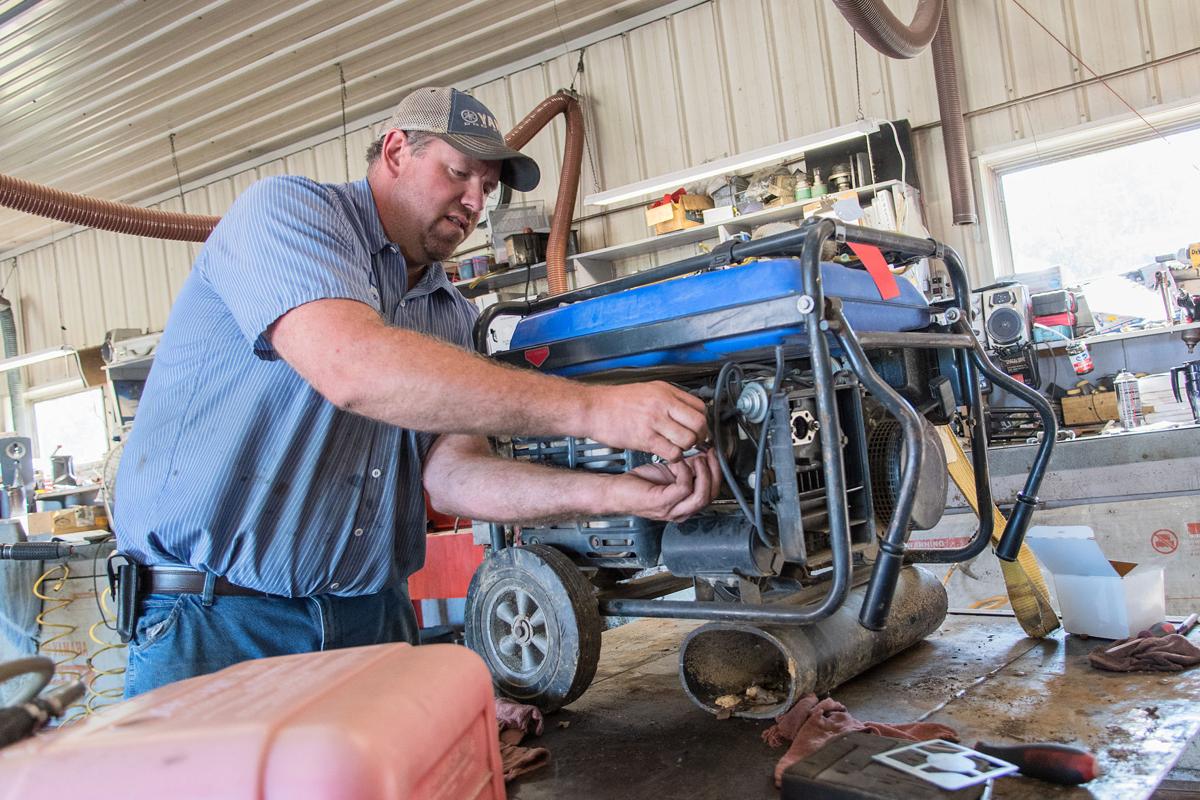 Bryon Schultz works on a generator in the repair shop at Dranttel Sales and Service in St. Peter. The business sells and repairs boats, side by sides, four-wheelers and generators.

Pat Steffensmeier and his son Tony own Snell Power Sports, soon to be Mankato Power Sports.

Bryon Schultz works on a generator in the repair shop at Dranttel Sales and Service in St. Peter. The business sells and repairs boats, side by sides, four-wheelers and generators.

Hunters are heading to area marshes for duck hunting, or to the woods searching for deer.

More and more of them are loading up their gear on side-by-sides, two- to four-seat recreational vehicles.

Pat Steffensmeier, who with his son owns Snell Power Sports in Mankato, said the side-by-sides just keep getting bigger and better.

“Polaris came out with a unit with air conditioning on it. They’re getting better and better, like a mini pickup. They have better suspensions, power steering.”

Everyone in the business of serving hunters, anglers and other outdoor enthusiasts knows their fate flows with the tide of the overall economy. And their future relies on new generations of sportsmen.

“Critical for us is to keep the youth involved. With kids involved in their social activities and phones, how do you keep them interested in the outdoors?” said Judy Douglas, group vice president at Johnson Outdoors Mankato location.

Lee Gansen, owner of Dranttel Sales and Service in St. Peter, said the weather also plays a big role in their business.

“It’s the economy and Mother Nature. When you get a late spring it’s amazing how it affects sales and service. When it’s nice weather people get out and buy things. It’s very weather sensitive and economy sensitive.”

Wisconsin-based Johnson Outdoors has long had a big presence in Mankato.

They built a new distribution facility in Eastwood Industrial Park and recently added a production facility there as their production output has more than doubled in recent years.

The Mankato facility is the only one in the U.S. making Minn Kotas. Douglas said they have one contract manufacturer in Mexico that makes their entry level transom motors that sell for $100-$200.

The fishing division is by far the largest piece of Johnson Outdoors as far as sales and profitability.

“One thing helping Johnson Outdoors and boating businesses is the health of the economy and the low interest rates.”

She said the company’s growth has been fueled by innovation.

“Our shallow water anchor line is emerging as an important product.”

The battery-powered anchors use a telescoping rod that goes down silently to as deep as 15 feet to hold a boat in place.

“It’s a way to anchor in shallow water without taking a big anchor and throwing it over and spooking the fish.”

Douglas said the big trend in the industry is the integration or connectivity between products.

Gansen said they rarely sell just a boat, motor and trailer package anymore. Instead people want the boat outfitted with a variety of accessories.

“They have one or two trolling motors, maybe a couple of fish locators, there’s a lot of accessorizing,” he said.

While they sell side-by-sides, ATVs and snowmobiles, watercraft remains the mainstay of the business.

“Alumacraft keeps making the boats a little fancier all the time,” he said of the St. Peter-based boat maker.

All Yamaha and Mercury boat motors are now four-stroke, low-maintenance motors that boaters like.

“They like the idling, smoothness, quietness. There are no carburetors on motors over 20 hp. It’s like your car, you get in, fire it up and you’re ready to go. The days of pushing and pulling knobs and levers are gone.”

Gansen said their service work has been steady, but noted how seemingly small things can have a ripple effect on businesses like his.

Many area lakes had wake restrictions on them because of high water this summer, with boaters only able to go slowly on lakes.

“The no-wake restrictions slowed things down some. If they don’t use their boats they don’t break them.”

One thing Gansen is waiting to see is what the prices will be on products he sells next year.

“It’ll be interesting to see what the pricing is in 2020 because of the trade wars and the tariffs and everything else.”

Butch expanded his operation at the farm when he took on the Yamaha snowmobile line in 1973. In 1977, Butch enlarged his business to include lawn and garden. ATVs were brought into the business during the early ‘80s. In 1981, Butch built their current facility on Old Minnesota Avenue in St. Peter. He expanded to motorcycles in 1982 and in 1983 and they took on Alumacraft boats and outboards.

In 1985, Gansen began working for Butch part time for the first couple of years. Lee went full time after graduation from high school. He would later marry Jean, Butch’s daughter.

In 2009, Lee and Jean purchased the business.

Pat Steffensmeier, was general manager of Snell Power Sports and he and his son Tony bought the business last year. They purchased the former Rasmussen College building along Highway 14 and are renovating it to move the business from the Snell car dealership location.

The business will be renamed Mankato Power Sports.

“The old Rasmussen building is 24,000 square feet for the showroom and some office. We built an 11,000-square-foot service facility for the shop,” Pat said.

“It’ll be easy in and out for people with trailers, easy access off the highway.” They hope to open in the new location Nov. 1.

Tony Steffensmeier said side-by-sides are the core of their business.

“We do 75 or so deals a month and half of those are side-by-sides.

“They’ve become so versatile. With the right permit you can ride them on the county road and go into town. They have so many accessories, cabs and heat,” Tony said.

“You can use them year around. With the snowmobilers or ATVers of the past, when we don’t get a lot of snow they trade for a side-by-side they can use all year.”

People use them for deer hunting and ice fishing. They can have one unit and two to three people can be in them,” Pat said.

Polaris makes a side-by-side with a pop-up tent in the back that’s growing in popularity with ice anglers.

“It’s basically a fish house that pops out of the back of the bed. A two-man fish house. You drive out, drill your holes and flip it down like a Clam and it all folds back up in the bed of the utility vehicle,” Pat said.