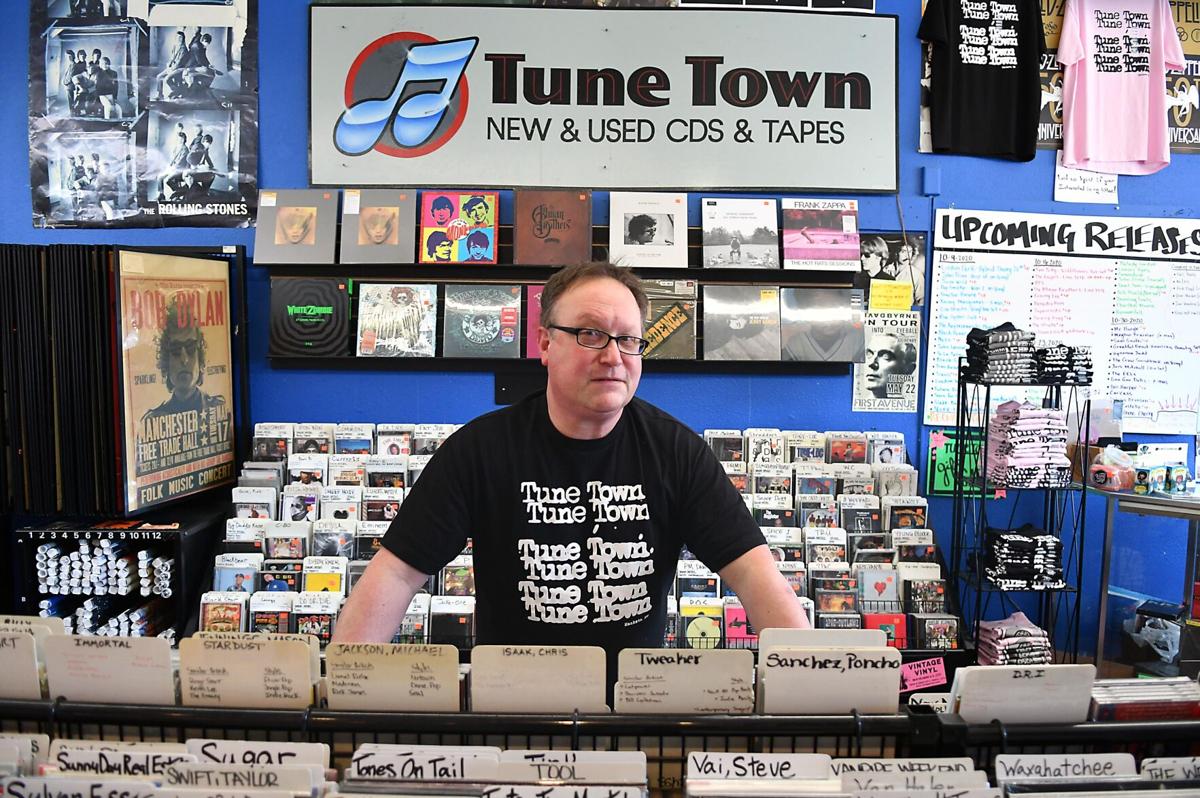 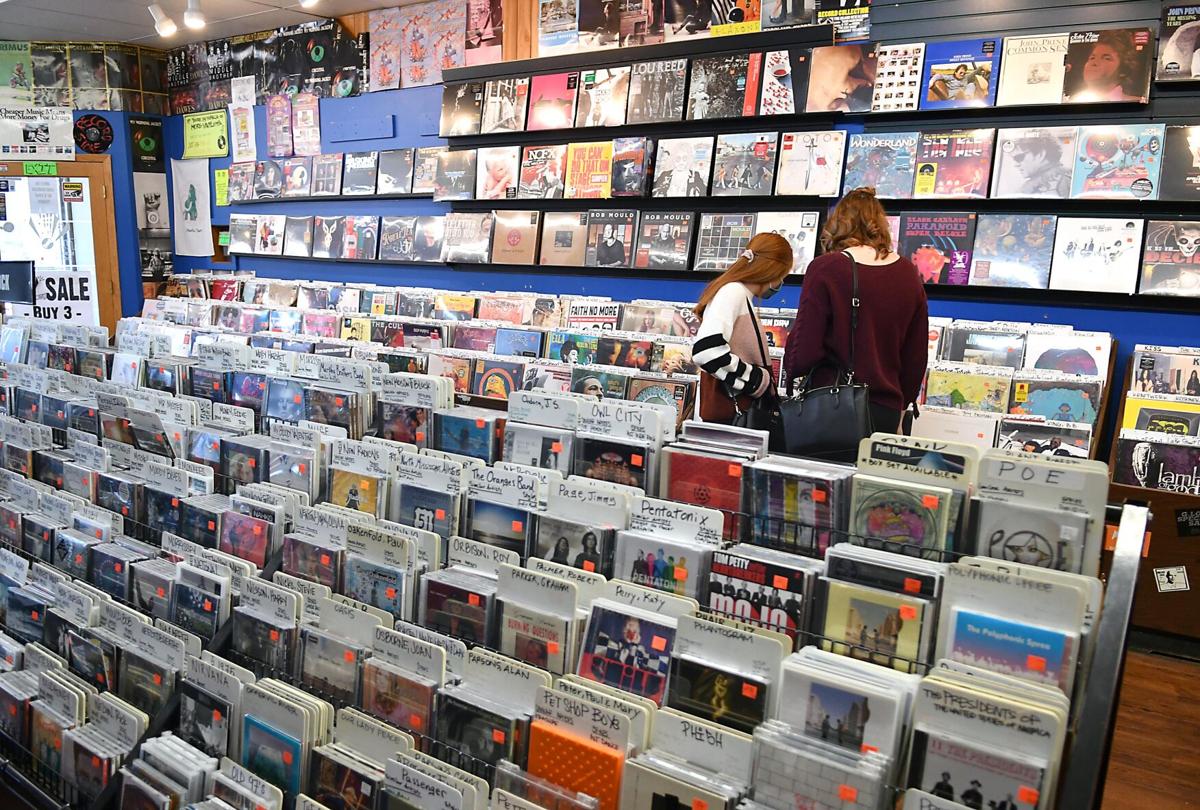 Tune Town has seen an uptick in people selling or trading albums and CDs thanks to time they spent cleaning up their homes during the pandemic. 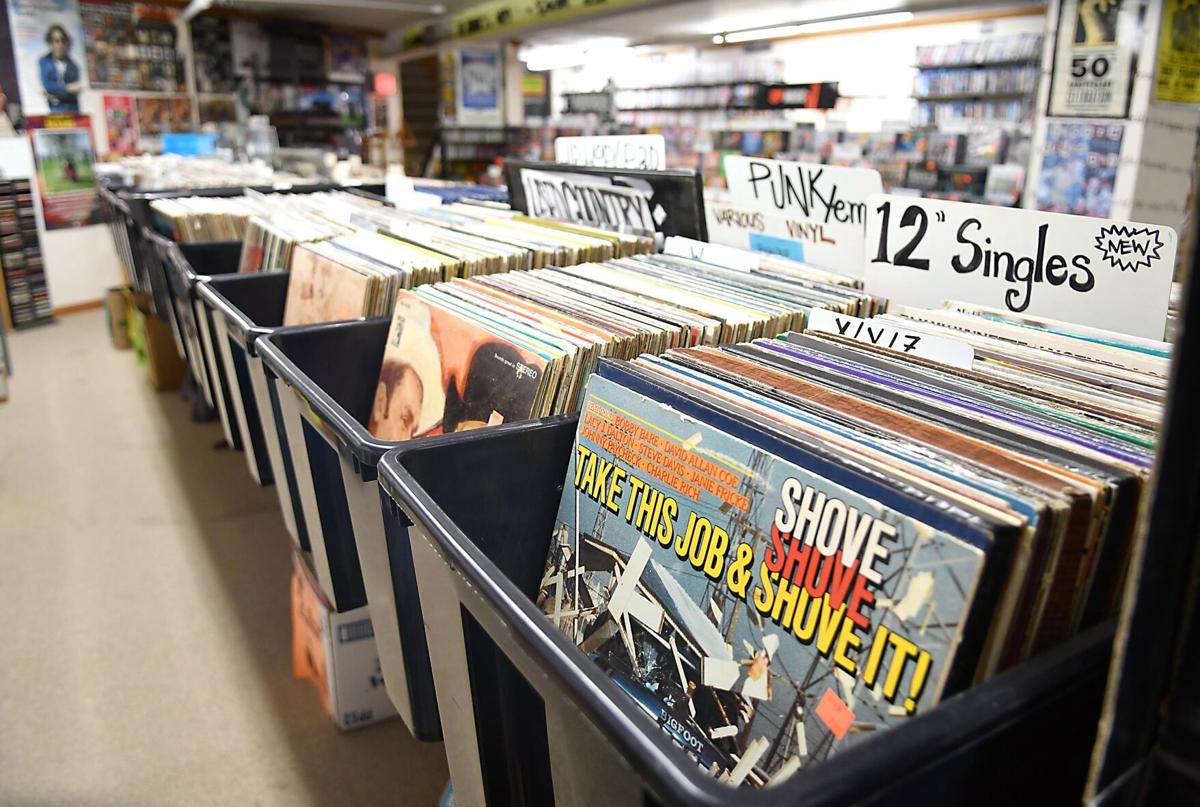 Tune Town keeps stock of a lot of product customers want such as used records and CDs.

Tune Town has seen an uptick in people selling or trading albums and CDs thanks to time they spent cleaning up their homes during the pandemic.

Tune Town keeps stock of a lot of product customers want such as used records and CDs.

MANKATO — If it wasn’t for an MTV contest nearly 30 years ago, Tune Town in Mankato may never have come to fruition.

Owner Carl Nordmeier had been working in the music department at the Lake Street Target in Minneapolis in the early ‘90s when an option to transfer to Mankato was on the table. But when he moved into an apartment near Minnesota State University, that job fell through. Nordmeier’s other source of revenue, as a weekend DJ, wasn’t enough to cover the bills.

Frustrated with the corporate nature of Target’s music department, he had already started to consider opening his own music store when he was still living in the Twin Cities. But it wasn’t until he entered an MTV-sponsored contest to win a record store that the plan really started to take hold.

“I said, ‘If I don’t win this, I’m going to move back home with Mom and Dad in Morristown, save up money and open my own record store,’” he said.

Nordmeier didn’t win that contest, and by 1993, he had saved up enough from a factory job to open Tune Town in Faribault using his own used CD collection to fill the shelves before moving his store to Mankato in 1997.

At the time, Tune Town had a lot of competition in Mankato. There was Ernie November downtown, Musicland at the old Madison East Shopping Center and Disc Jockey at River Hills Mall.

Today, Tune Town is the only record store in town.

The digital era of downloading music and the economic recession hit the record store industry particularly hard in 2010. Tune Town, which was in the River Hills Mall at the time, was no exception.

“In 2010, our sales dropped by 30-40%,” Nordmeier said. “I was draining my bank account. The River Hills Mall let you put your rent on your credit card, so I maxed out all of my credit cards.”

That year, as he was cruising around town looking for a new, more affordable and centralized location, Nordmeier saw a for-rent sign at 630 N. Riverfront Drive in Old Town. Tune Town has been there since, eventually expanding in back and into the building’s basement, where customers can find everything from jazz and classical to vintage country in addition to independent metal, punk and indie rock collections upstairs.

The new location proved to be a destination, as it gained a reputation not just locally but throughout the region, attracting customers from northern Iowa, Sioux Falls and the Twin Cities. Nordmeier said the resurgence of vinyl continues to expand every year.

“About five years ago, I really started to notice it,” he said. “We’ve been stocking vinyl for probably 20 years, but this year vinyl sales have finally surpassed CD sales at Tune Town.”

Employee Andy Sundwall, who has been working at Tune Town off and on for 15 years, said the vinyl craze has attracted a younger customer base to the store in recent years.

“Pretty much everything is released on vinyl now, which is pretty cool to see,” Sundwall said. “It’s been crazy to see it pick up and have new generations of kids coming in and buying stuff again.”

Tune Town also celebrates Record Store Day twice a year, usually with live bands, complimentary beer and coffee, and hundreds of exclusive vinyl records to sell. First celebrated in 2008 to shine a light on the unique subculture of independent record stores, the biannual event celebrated in April and again on the Friday after Thanksgiving now has a roster of about 1,400 independent record stores participating internationally.

While the event took a few years to gather traction, Nordmeier said Record Store Day combined with the vinyl resurgence was key to keeping his business afloat.

“We try to stock a lot of product and I want to make sure we have everything that people want,” Nordmeier said. “A lot of places that do Record Store Day would only get one or two pieces of something and it would be sold out. I try to bring as much stuff as I can, and whatever is left over it will gradually sell.”

Used records and CDs have also played a big role in drawing customers into the store to sell, donate or buy used albums, CDs and DVDs.

“We’re constantly taking stuff in. I had a feeling it was going to be pretty crazy this year once we reopened (after stay-at-home order) because people were home cleaning and getting rid of things,” he said. “On average we’ll take a collection every day, but lately it’s been three to four collections every day.”

Nordmeier compares opening up a new collection of music to Christmas Day, and regular customers routinely flock to the store to sift through the new batches of used CDs and records on display, looking for that perfect gem.

“It brings people into the store every week,” Nordmeier said. “It always gives me a thrill when someone comes in and they freak out because they’ve found something they’ve been looking for for years and are so happy.”

Sundwall said they get a lot of customers who come in specifically without a goal, just to spend time browsing and see what they can find.

“A lot of people come here with no expectations on what they’re planning to try and find unless it’s a brand-new release,” he said. “They just want to dig through everything and see what pops up; usually they are pleasantly surprised.”

Talking music with customers is one of the most rewarding parts of the job, said Nordmeier, and Sundwall said working at the store has exposed him to music that he never would have experienced if he hadn’t worked here.

“There’s a lot of stuff I never would have given the chance,” Sundwall said. “Just hearing Carl or somebody else in the store recommending something – some of those have become my favorite bands ever.”

After 27 years in the record store business, Nordmeier still enjoys going to work every day, and he can’t imagine doing anything else.

“As long as I keep doing what I love and making a living at it, I’ll be happy,” he said.