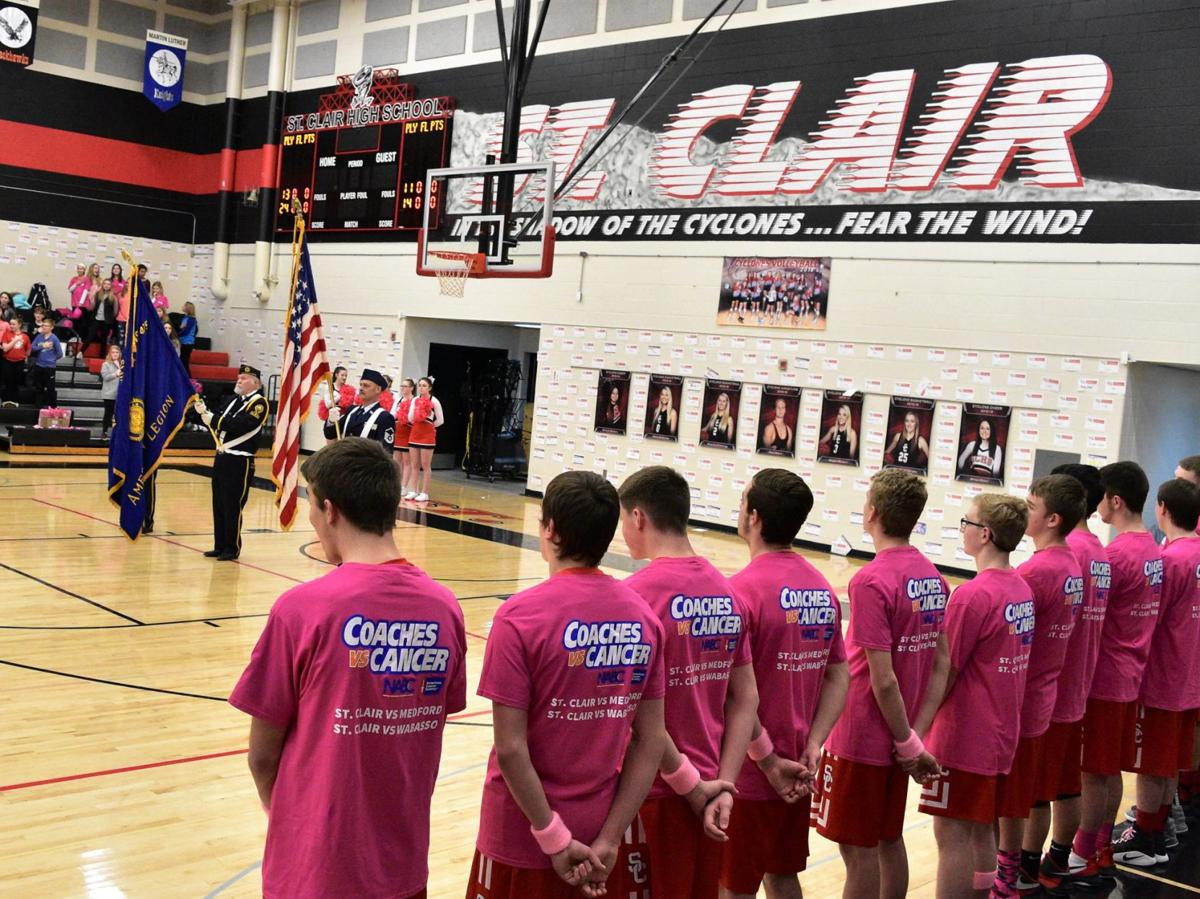 Last year, St. Clair raised more money for cancer research than any other high school in the state. 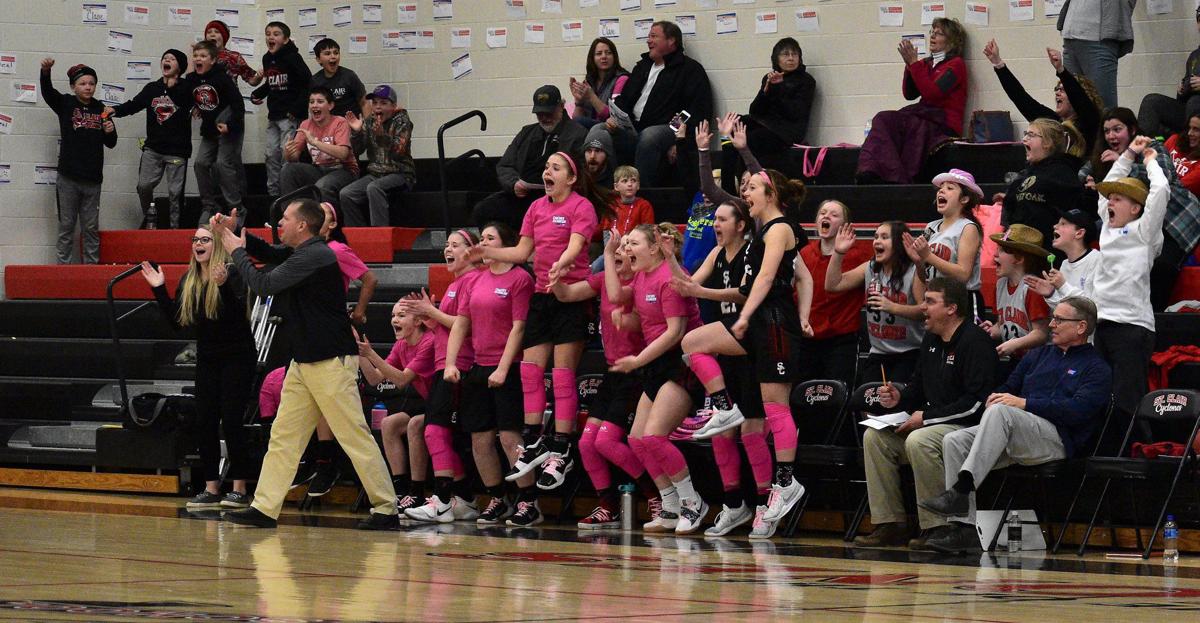 With just a few seconds left in the game, players from St. Clair’s girls’ varsity high school basketball team cheer after a teammate scored a 3-pointer at the Coaches vs. Cancer fundraiser in 2019.

Last year, St. Clair raised more money for cancer research than any other high school in the state.

With just a few seconds left in the game, players from St. Clair’s girls’ varsity high school basketball team cheer after a teammate scored a 3-pointer at the Coaches vs. Cancer fundraiser in 2019.

Over 100 schools in Minnesota and western Wisconsin participated in the high school basketball Coaches vs. Cancer program to raise money for cancer research last year. For the past two years, St. Clair has beaten every other school in the state for fundraising.

This year, they plan to set the bar even higher at Thursday’s fundraiser and doubleheader at St. Clair High School.

“It was the largest high school event in Minnesota in 2018 and 2019, as far as money raised,” said Rick Jeddeloh, the Mankato-based senior community development manager for the American Cancer Society.

Along with research, proceeds go toward providing Blue Earth County residents rides to treatments and free hotel stays while the family of a patient is being treated, to a hotline that cancer patients and caregivers can call anytime for advice and information.

Charlie Freitag was an assistant high school boys basketball coach in St. Clair when they decided to hold their first Coaches vs. Cancer event in 2011, raising about $800 that first year. The following school year, when he became head coach, it grew significantly when cancer hit close to home for the St. Clair community.

That fall of 2011, high school student and basketball player Neal Lang approached Freitag and told him he had been diagnosed with sarcoma, a rare form of bone cancer.

“When something like that happens, the drive and the platform gets a little bit bigger,” Freitag said. “Obviously the community supported the Lang family and everybody else affected by it.”

Lang died in early 2013. That August, his sister Claire was diagnosed with the same form of cancer and died in 2016.

“It was only the fourth documented case in the world where siblings were diagnosed with the exact same strand,” Freitag said.

At the Thursday fundraiser, St. Clair’s varsity girls compete against Nicollet/Loyola at 5:45 p.m., followed by the varsity boys team competing against Faribault Bethlehem Academy at 7:15 p.m.

Individuals and businesses donate a dollar amount for each point scored by the boys’ teams, and the players are selling die cuts, pieces of paper memorializing loved ones affected by cancer that are posted on the wall of the school’s gymnasium.

“It’s something that has just been a focal point for people to look forward to,” said activities administrator Brad O’Donnell. “Even though it may be a sad moment for some people, we thought we’d recognize the survivors. The research has done a lot of great things, but it needs to continue.”

Brian Noyes, the girls basketball coach in St. Clair, said the annual game is a chance for his players to be a part of something larger than themselves.

“The girls look forward to this night probably more than any other night of the season,” Noyes said. “We do actually play a basketball game that night, but that is really such a small part of the whole thing, which is pretty cool.”

Along with the two games, a meal and fundraising, Freitag said a big component of the night will focus on education and awareness. The American Cancer Society will have an information table, and organizers will provide statistics and facts about cancer, along with strategies for prevention and early detection.

“It’s not all monetary,” Freitag said. “It’s giving awareness to some of the stuff we can do to prevent it.”

As with previous years, an empty chair with a camouflage blanket made by a local resident will be on display in remembrance of Lang, and school officials will take a moment to honor local basketball official Justin Kaus, who has been battling a form of leukemia since his diagnosis last year.

“Justin is one of our finest officials in the Mankato area and I work with him heavily,” O’Donnell said. “He pretty much fought for his life up through the summer. He came back last week for the first game at Loyola. So we’re going to honor him at the boys game.”

Last year, nearly 2 billion people living in the United States were diagnosed with cancer, but Jeddeloh said the money raised for cancer research has been shown to be effective in curbing deaths from the disease. A recent report revealed a continued decline in mortality rates from cancer.

Dan Greenwood is a