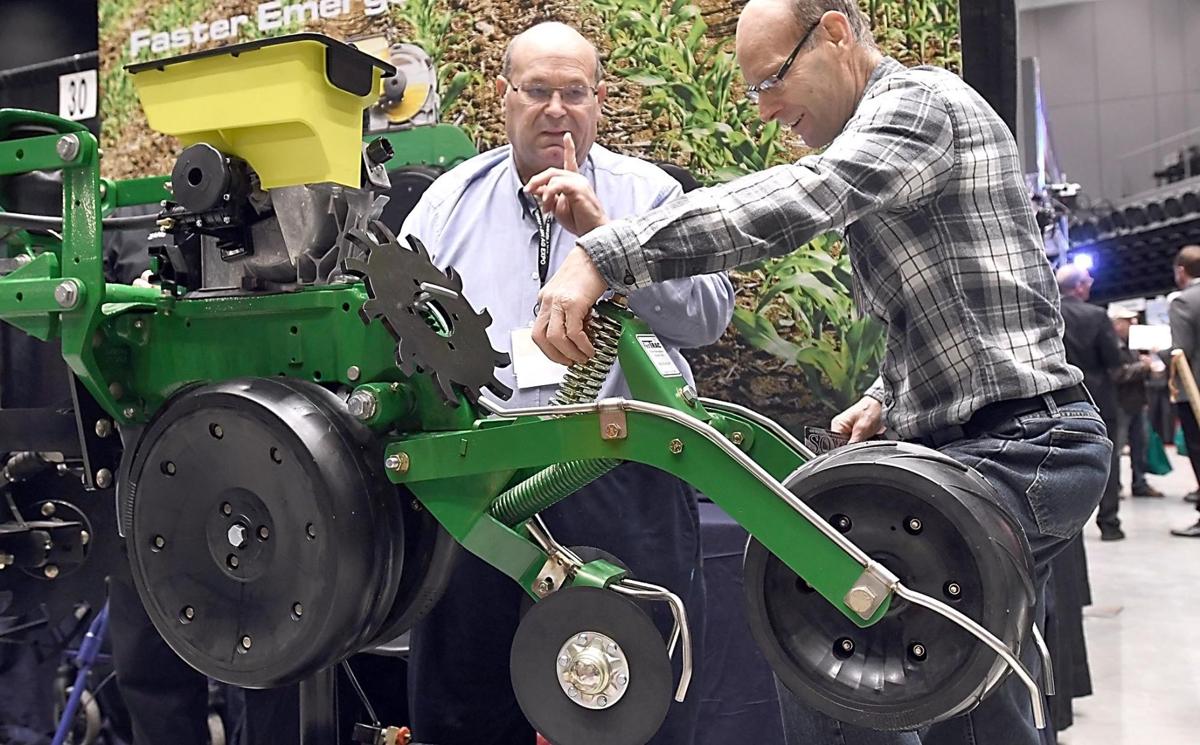 Brian Freed (left) talks with Pat Schroepfer Wednesday during the Ag Expo at the civic center in Mankato. Photo by Pat Christman 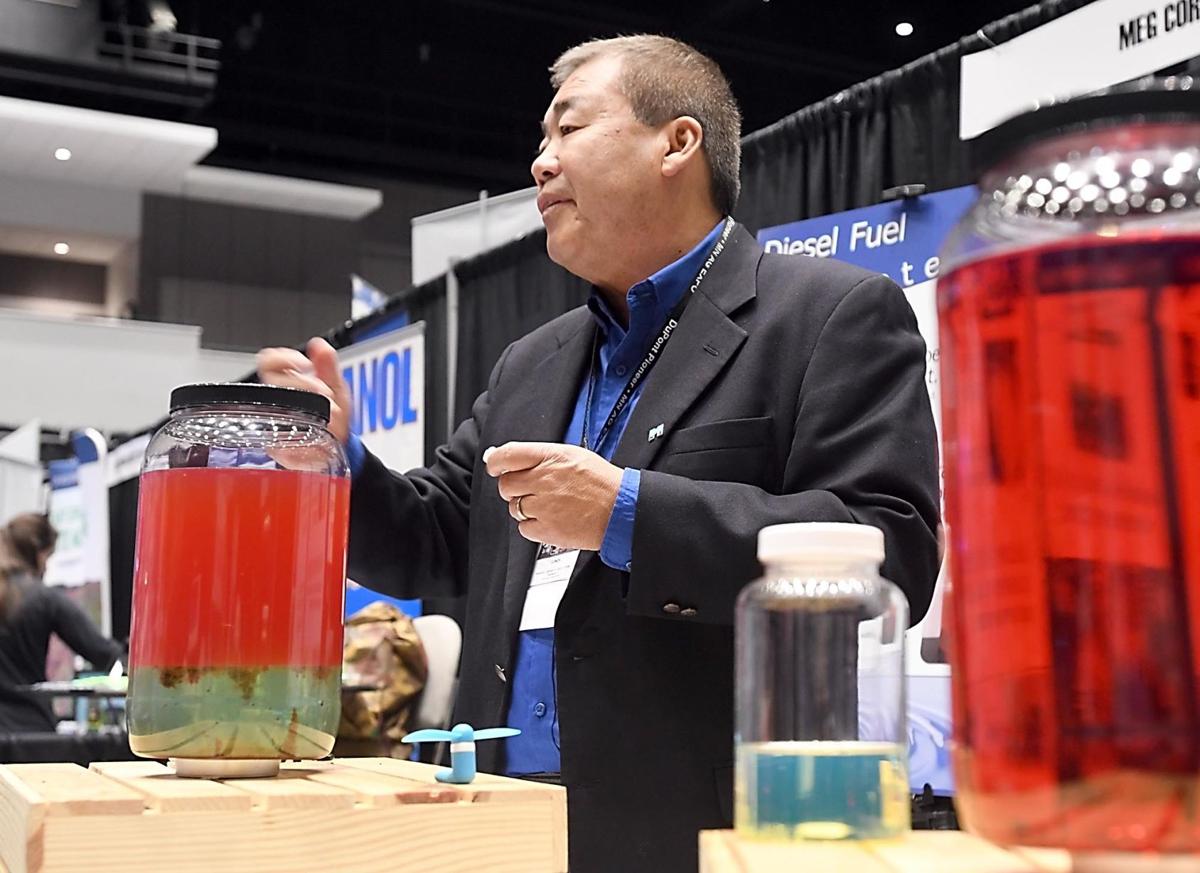 Hoon Ge of MEG Corporation talks about diesel tank maintenance at a booth at the Ag Expo at the Verizon Grand Hall. Photo by Pat Christman

Brian Freed (left) talks with Pat Schroepfer Wednesday during the Ag Expo at the civic center in Mankato. Photo by Pat Christman

Hoon Ge of MEG Corporation talks about diesel tank maintenance at a booth at the Ag Expo at the Verizon Grand Hall. Photo by Pat Christman

MANKATO — Ellen Anderson, who worked for two decades in state government on renewable energy and is now with the University of Minnesota Energy Transition Lab, said the progress on renewables has been breathtaking.

"When we first started talking about this, we were told that renewables would never be more than 1 to 3 percent of total (energy generation)," she said.

Today 23 percent of total production is from renewables and the state's goal is for more than 25 percent in the coming years.

Anderson along with Mike Bull, of the Center for Energy and Environment, and Hal Kimball, solar installation specialist with Blue Horizon Energy of Plymouth, spoke to farmers Wednesday at the MN Ag Expo in Mankato.

"Wind and solar are now pricing much lower than traditional generation," Bull said. "There's a massive transition to renewables in Minnesota."

All three said that right now solar is where it's at for farmers. "Solar is the most practical and viable option out there now," Kimball said.

He said that in recent years many farmers have contracted to rent their land for other companies to install large solar gardens. That rent brings about $1,000 per acre each year. But he said a farmer building his on solar panel array with batteries can see $7,000 to $10,000 in energy production each year, using only about one-fifth acre of land.

The panel said a variety of financing options are available to build a solar array and still good tax incentives, although they will begin expiring in coming years.

There is a 30 percent federal income tax credit for solar investments. And under the recently passed federal tax bill, farmers can depreciate 100 percent of the project the first year.

There are also U.S. Department of Agriculture renewable energy grants available, although competition for them is stiff.

Anderson said a law called "net metering" requires utilities to buy at retail price any excess power generated by a solar energy system owner. Anderson said that means that even if a farmer's energy needs drop significantly in the future, they can be assured they can still sell their solar power to keep the cash flow positive during the life of the system.

Beyond individual benefits for farmers, the panel said the rapid growth of solar and other renewables is a big boost to rural economies.

Bull said two of the fastest-growing jobs in the country are wind turbine techs and solar installers. Those jobs, he said, start at $40,000 to $50,000.

Anderson said studies by the U of M and others show that thousands of new jobs will be created in rural areas in wind, solar, biogas and other renewable businesses. And she said locally produced energy brings greater economic benefits to the local economy than from power brought in from a long distance away.

The expo continues Thursday. Visit mnagexpo.com for a schedule of events.