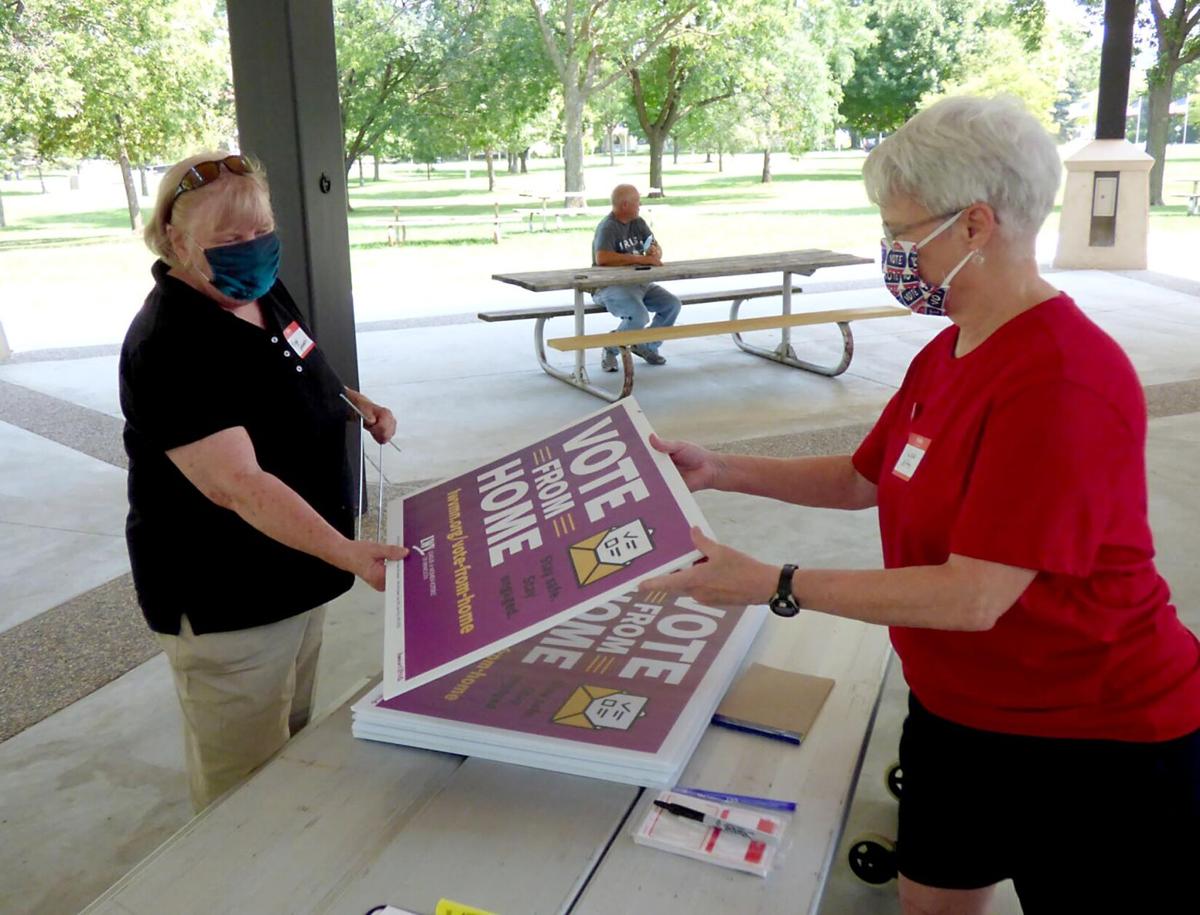 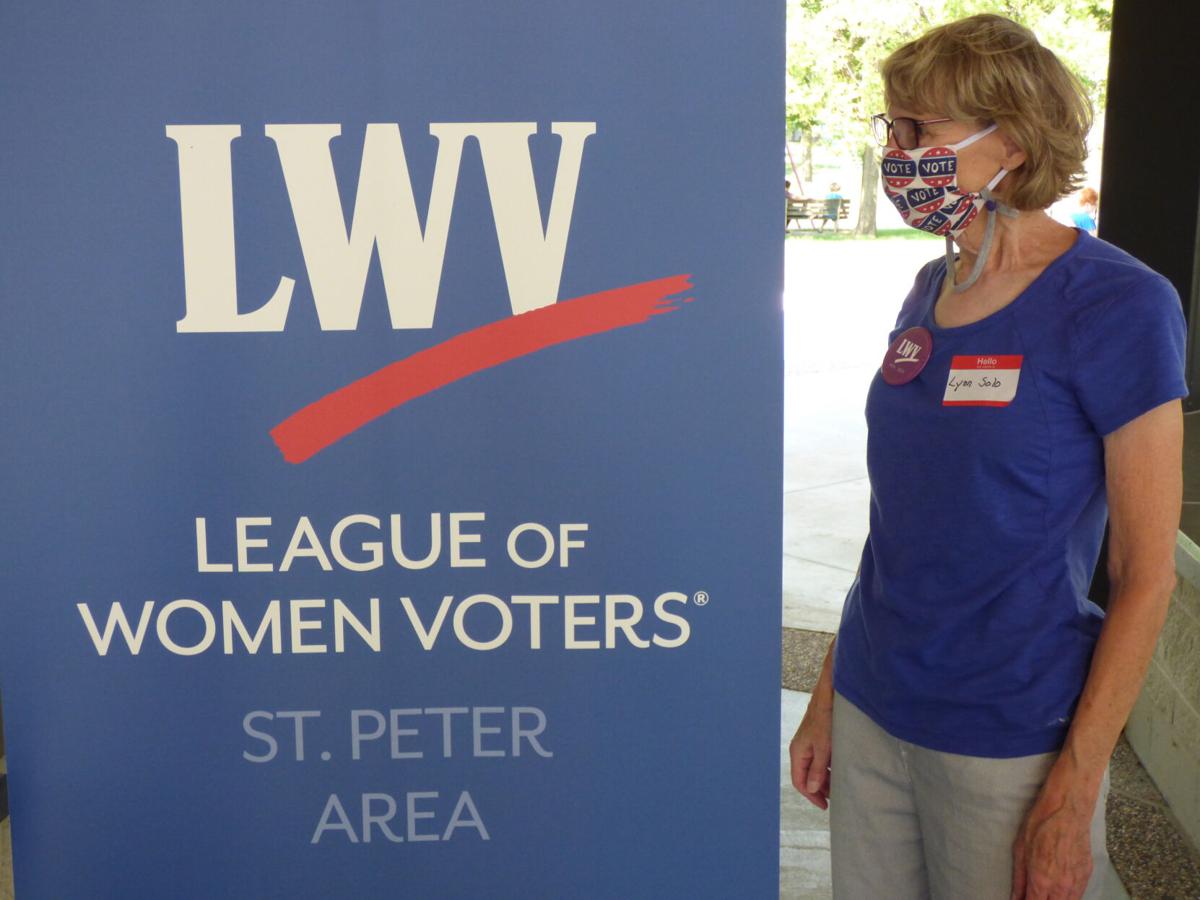 MANKATO — During a forum hosted by Mankato Refugee Services and the League of Women Voters, Mohamed Mohamed had a question about absentee voting.

“What if I request an absentee ballot and I don’t receive it on time?” the Mankato man asked.

Lynn Solo, president the St. Peter League of Women Voters chapter, encouraged Mohamed to apply early so that wouldn’t’ happen but clarified that U.S. citizens can always vote in person even if they’ve requested an absentee ballot, as long as the voter hasn’t mailed in their ballot yet.

It won’t be Mohamed’s first time voting, but it was his first time requesting an absentee ballot. He was joined by dozens of other area residents seeking answers to their questions during the online forum Friday.

“This is an opportunity during the pandemic, that’s why I choose to vote absentee,” he said. “I’m learning a lot and it’s a privilege to vote by mail.”

Maxamed Jaamac heard about the forum through some friends and said it was eye-opening.

“I learned about the safest way to vote, and I became a citizen recently,” Jaamac said. “It is very exciting and a privilege.”

The forum was part of a statewide and national campaign led by the League of Women Voters to encourage absentee voting and to explain how it works.

“We recognized once the whole issue of COVID came up that a lot of individuals would want to avoid going to the polls for risk of getting infected,” said Linda Witte, treasurer of the St. Peter chapter of the League of Women Voters.

The LWV statewide Vote from Home campaign comes as an unprecedented number of Minnesotans choosing that option. During the Aug. 11 primaries, about 60% of all votes cast in the state were submitted through the mail.

That surge is occurring locally too. Kristy Maes, an elections official for Blue Earth County, said absentee and mail-in voting applications have grown by the thousands. As of last week, the county sent out 12,638 mail and absentee ballots, and that number is expected to grow as the Nov. 3 general election nears.

The trend is leading counties to put more resources into the mail side of voting, so residents get those ballots early, Maes said.

Jaci Kopet, public services manager for Nicollet County, estimates the number of absentee voters in that county has tripled since 2018.

“We had more absentees than we had in-person voting,” Kopet said of the August primary election.

She said people often confuse absentee and mail-in voting as the same thing, but they’re different. Rural precincts with small populations that don’t have a polling place will send ballots automatically to voters, referred to as mail-in voting.

Absentee voting used to be on a case-by-case basis and voters needed a reason for voting by mail — such as being out of town Election Day — but that law changed in 2014.

“Quite a few years ago you needed a reason to vote absentee,” Kopet said. “Then it went to no excuse absentee, so you still have to fill out an application, but you don’t have to have a reason why. Now you can request an absentee ballot anytime.”

Wednesday at Minnesota Square Park in St. Peter, the LWV chapter distributed signs, posters and materials to more than 30 of its members, who in turn will reach out to local churches, neighbors and friends by starting a conversation about the option and making sure people understand voting by mail is a safe and secure alternative to in-person voting.

It’s not just voters themselves that the group is targeting, but the employees of organizations who are getting an unprecedented number of calls from the people they serve about how absentee voting works.

Solo and Witte recently worked with staff from the Minnesota Area Agency on Aging, a nonprofit with the mission of providing advocacy, information, resources and assistance for older adults living in the Greater Mankato area.

“Some of the people who work there have never done absentee voting themselves before, so we had a chance to work with them. We used the website that the League of Women Voters has set up to just walk them through because there are links to everything,” Witte said.

The website — lwvmn.org/vote-from-home — guides voters through the process. It helps them to determine whether they are registered or not, how to register and request an absentee ballot, even how to track your ballot once you’ve mailed it.

They also explained how to vote under a variety of circumstances, whether a voter is living in an assisted facility, group home or if someone is hospitalized.

“They can actually request that an agent go pick up their ballot so they can complete an absentee request and an agent request, and that individual can go to the county, get their ballot, take it, have the person fill it out and then take it back to the county election office,” Witte said.

Those who voted absentee in the August primaries will automatically receive a ballot in the mail if they marked the general election box in their application. If voters are unsure whether they selected that option, they’re encouraged to call the county to verify whether they need to reapply.

Kopet said Nicollet County began receiving applications in May, but the county won’t begin mailing ballots until Sept. 18, which is 46 days before the election.

In the past, the law required that absentee ballots arrived on Election Day, but that law has changed to simply require that ballots are postmarked Nov. 3 or earlier, although elections officials will count ballots postmarked on or before that date up to seven days after Election Day.

Maes said her office has been getting a lot of calls by residents concerned about their vote arriving on time.

“We’ve just been advising people to mail their ballots as soon as they can,” she said.

Kopet will be partnering with St. Peter LWV around the time they begin sending out ballots in September to answer voters’ questions. She said several misconceptions exist about the process of absentee voting.

One of those misconceptions is that people will try to vote more than once, but she said the system is set up to make that impossible, and even if someone were to try to falsify a ballot or for some reason received more than one ballot, there are serious consequences.

“There’s a misconception that people can vote just because they get a ballot,” Kopet said. “It’s the same with dead people. If somebody signed for those, those are all felonies. It’s a very secure system and a lot of work goes into one person, one ballot. The stakes are high if there’s any type of fraud.”

The Federal Bureau of Investigation stated Wednesday it has seen no evidence of any coordinated fraud in absentee or mail-in voting.

Minnesota residents can complete the entire process and check their status at mnvotes.sos.state.mn.us.