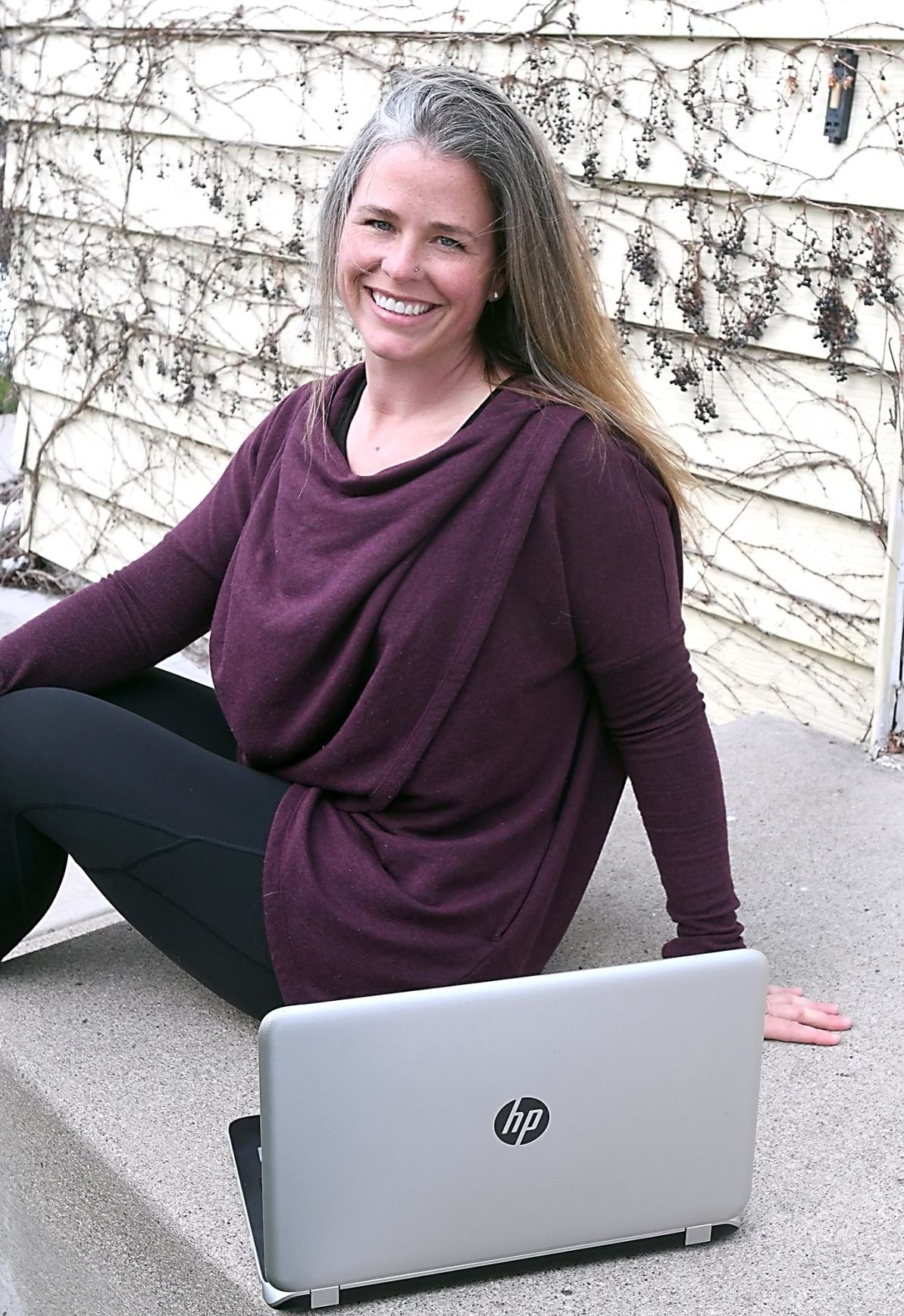 Jessica Roehmhildt is asking artists of all kinds to submit works of art and images of grief that she’ll combine for a film about death and dying. 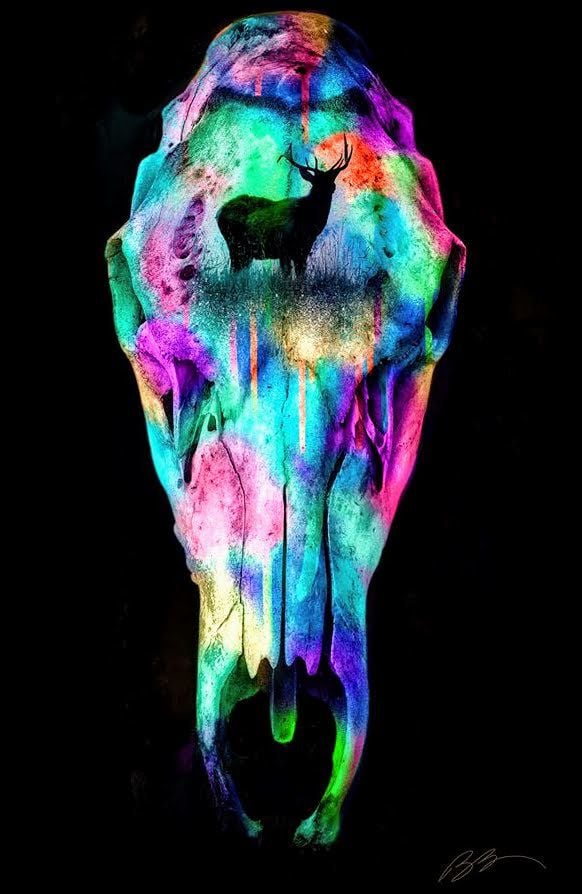 Bayard Black’s painted elk skull is one of the images that will be included in Jessica Roemhildt’s project on death and dying. 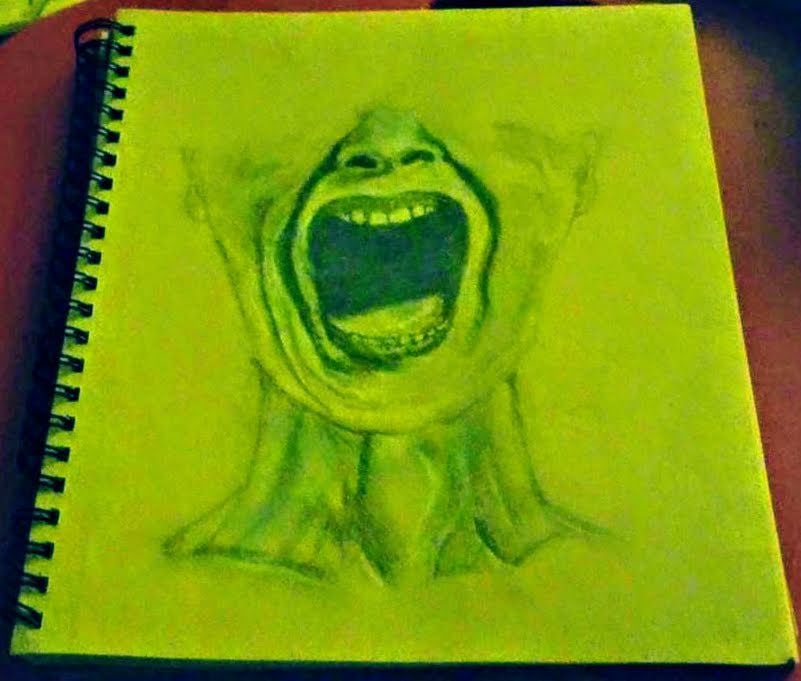 Kate MacDonald’s contribution is a sketch of a scream, a side of grief we don’t discuss much.

Jessica Roehmhildt is asking artists of all kinds to submit works of art and images of grief that she’ll combine for a film about death and dying.

Bayard Black’s painted elk skull is one of the images that will be included in Jessica Roemhildt’s project on death and dying.

Kate MacDonald’s contribution is a sketch of a scream, a side of grief we don’t discuss much.

It’s not exactly something we’re comfortable discussing. Which is understandable. From a young age, we’re told — by instincts and parents — that death is generally a negative thing and something to be avoided.

But Jessica Roemhildt has a different take on the subject. As an end-of-life doula, she’s seen firsthand how guiding people through their final journeys can turn something to be feared into something to be accepted. Just another chapter in life, you might say.

Wanting more people to understand the nuances of death, Roemhildt recently embarked on a unique project aimed at educating people about the nuances of this journey, and giving voice to the myriad ways grief manifests itself.

She’s put out a call to artists of all mediums — dance, visual art, poetry, spoken word, etc. — to submit works that will provoke conversations about death and dying. Once she gets enough submissions, she’ll combine them all into a short film.

Initially her vision was to produce a live show. Then the pandemic happened. But instead of abandoning the idea or waiting until life got back to normal, she decided to pivot to video and press ahead.

“Typically in modern society we don’t cry or show emotion in public,” she said, “but true healing comes from mourning. Mourning is something that happens when two or more people are gathered to grieve. I want to offer a space for community mourning.”

So far, reaction to the idea among people following her Facebook post has been overwhelmingly positive. Roemhildt has requested people to submit, in addition to their art, an image of them either crying or displaying some kind of emotion tied to grief. Most people invited to the group have applauded the effort, even if they’re reluctant to participate.

Said one woman, “I’m still thinking on this. I see the deadline and if it feels right I’ll get you something. “

Said another, “Video taping me crying is REALLY intimate, I don’t even like to look at myself when I cry … This will be far outside my comfort zone. Let me sit with this for a bit.”

Others have embraced the idea wholeheartedly.

Former Mankato resident Bayard Black submitted a photo of an elk skull he found near his Montana ranch property. After photographing the skull he superimposed another photo on top of it. The second photo shows a live elk Black encountered on his property. Layering the two suggests a cycle of life notion. He used Photoshop to give the skull vibrant color, while the live elk is shown mostly in silhouette — a hint of irony.

“When I saw a post on Facebook and read the description I was just intrigued,” Black said. “I think it’s an interesting concept, and I like the idea of just addressing death in general. I like the idea of just facing it and bringing it up as a topic and exploring it. In our culture we tend to bury it in the back of our minds. We know it’s coming but we don’t engage with it. I also liked she was doing it in a time when we’re all having to consider death a little more.”

Kate MacDonald, a clinical social worker in the Twin Cities, is contributing a sketch of a woman screaming.

“I’ve worked with grief and loss on many different levels, not just the loss of a physical being,” she said. “Part of what I do when I work with people who deal with trauma is, like what Jess is doing, a full-body experience. … It’s important to have a full-body experience in order to move those emotions through their body.”

MacDonald said that when she saw Roemhildt’s Facebook post and learned about the project, she wanted to help it come to fruition and contribute.

Her sketch shows a person’s face from the nose down, mouth open in an apparent scream.

“That’s actually a post-traumatic response, a grief response of just, ‘No more!’” she said. “I get concerned that people think grief looks a certain way, that it’s tears. … I wanted to submit something that maybe looks a little different for people.”

Roemhildt, a dancer and massage therapist (as well as a concrete finisher) will also be contributing a piece. She’s planning to record herself dancing.

“My community of Zouk dancers inspired me because the dance for me is so mindful, every part is full of intention and the root movement is a hug,” she said. “Hugging is such a great space to be held.”

While her original, live-show idea was put on hold because of the pandemic, Roemhildt says the crisis did focus her thinking.

“It helped me launch it faster. I’ve been sitting on it for a while,” she said. “I think it would be cool to link this together online. My hope is to be able to broadcast it out. I feel like more people are going to be at home for a while.”

She’s also been expanding her thinking in terms of contributors. Initially she envisioned a Mankato-only contributor base. But now she’s getting contributions from all over the place — Colorado, New Orleans, Montana and Australia. And many are thanking her for giving grief an artistic platform.

“I wouldn’t have been motivated to create that unless Jessica had made that post,” Black said.

MacDonald said our current climate, where a virus is causing everyone to change the way they live, makes Roemhildt’s idea even more important.

“I think it at least plants a seed. We’re in unprecedented times,” MacDonald said. “If anything comes out of this, I hope it’s that people slow down and start to have those real-life conversations. People don’t talk about things. And I’m hoping this plants a seeds to start those conversations.”