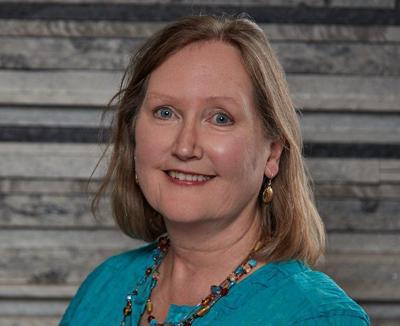 It’s not a character trait I’m particularly proud of, but I admit that one of my favorite pastimes is eavesdropping.

You just hear so many interesting things when you overhear someone else’s conversation, like the time I was taking a walk and passed a group, presumably a family, having dinner on their front porch. Just as I reached the end of their driveway, I heard the grandfather say, “Now, as far as I know, you have to be a licensed mortician to use embalming fluid.”

It just about killed me (sorry) to keep on walking instead of pretending I needed to tie my shoe or had lost a contact lens so I could hear the rest of that conversation.

I do have some ethics and never eavesdrop when a couple is having a really heated argument or if what I’m hearing is ickily personal. But other than that, game on.

Mark always knows when I’m tuning into something good when we’re eating out and I stop talking to listen in on the husband in the booth behind us explain how he spent $400 at Menards. (His wife’s response: “I don’t spend that much at the dentist’s!”)

Of course, eavesdropping is a guilty pleasure that has become harder and harder to do over recent years because many people, even those dining together in a nice restaurant, sit with their heads bowed over their cellphones instead of engaging in honest to God conversations with each other. Eavesdroppers everywhere are trying to figure out how we can casually and unobtrusively read other people’s cellphone chats without getting caught since you can’t exactly go up and peer over their shoulder to see what’s going on.

Then there’s that whole pandemic thing that eliminated any eavesdropping opportunities for months. Fortunately, I’ve perfected the art of listening in on other people’s conversations while grocery shopping. People who are picking up peanut butter and Oreos aren’t nearly as entertaining as people talking about how they got chewed out by their boss over a candlelight dinner, but a nosy girl has got to do what a nosy girl has got to do.

I’ve noticed a pattern among couples doing the grocery shopping together. The women are usually in charge and the men usually aren’t all that interested.

“What should we get, barbecue or cheddar chips?” the woman briskly asks.

The same conversation is replayed in every single department of the grocery store, leading me to believe shopping is best done by the decisive person who knows what kind of potato chips she wants while the uninterested party waits in the car looking at his cellphone.

Every so often the roles are reversed, and the male half of the couple is the decisive one when it comes to choosing chip flavors, meatloaf versus hamburgers and what kind of topping on the frozen pizza. I’ve also noticed that when this happens, the female half has not only tuned out, she’s also obviously wondering what’s the best poison — and if it’s available over the counter — to use to murder her spouse, a decision she’s obviously not going to ask for his input on.

Then there was the time we were waiting for a concert to begin and killing time in the lobby. A man came out of the restroom and said to the woman who was sitting on the bench next to ours, “I always feel so guilty whenever I use a urinal.” They got up and left, leaving Mark and I to ponder exactly what kicked off that particular guilt complex.

Another interesting snippet I overheard was a man trailing behind his wife at the mall. As they passed me, I heard him say, “I don’t see how anyone could have gotten into your purse!”

The Nancy Drew in me deduced immediately who had gotten into that woman’s purse, although they kept on walking, so I wasn’t able to figure out what the husband took that the wife missed.

Yes, I know eavesdropping isn’t the most admirable of habits, but it’s free and entertaining and gives me so much to mull over whenever I’m doing a boring chore like making the bed or giving one of the dogs a bath.

Eavesdropping also has taught me to keep my own public conversations as mundane as possible, which is very simple since I’m a completely mundane person, just in case there’s someone as nosy as me sitting in the next booth with their ears wide open.

Nell Musolf is a freelance writer living in Mankato with her husband and two dogs. She can be reached at nmusolf@gmail.com.