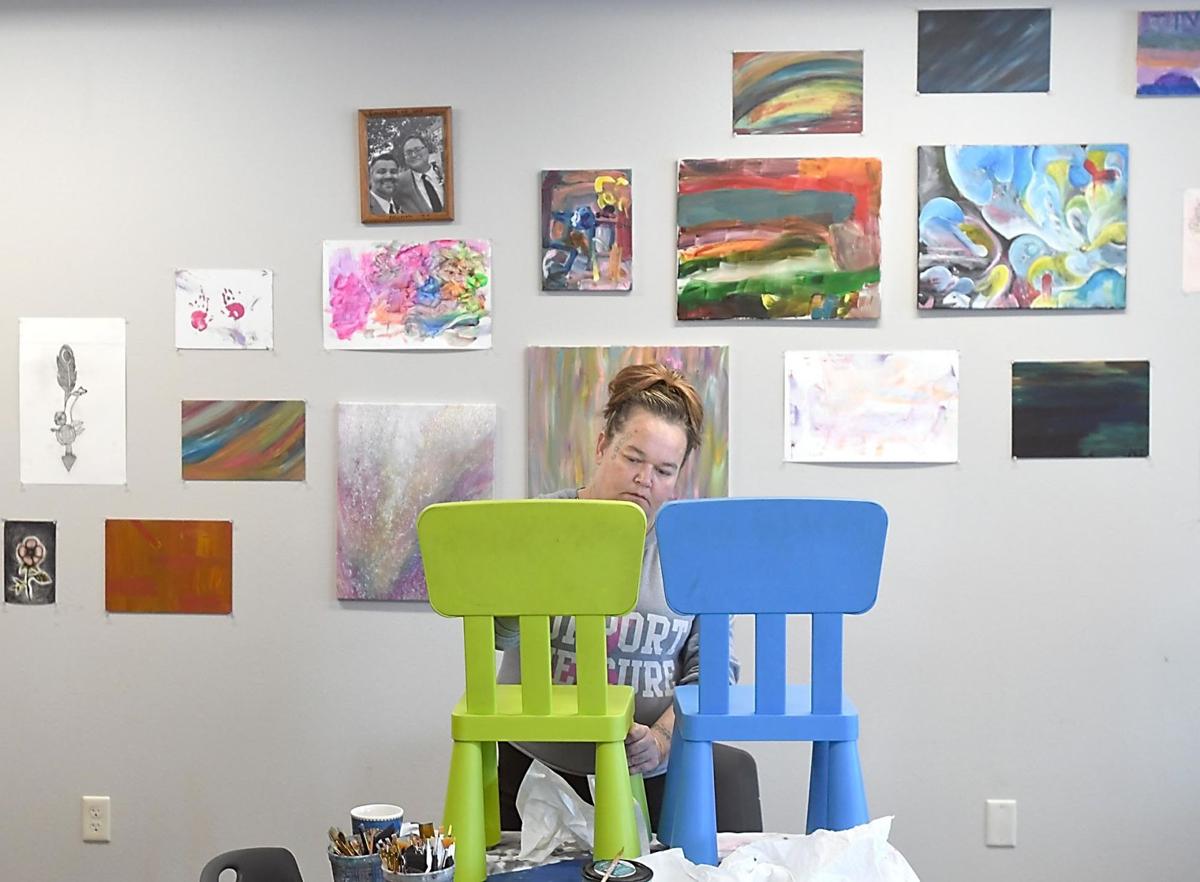 Heather Marovich paints a pair of chairs for her grandsons. 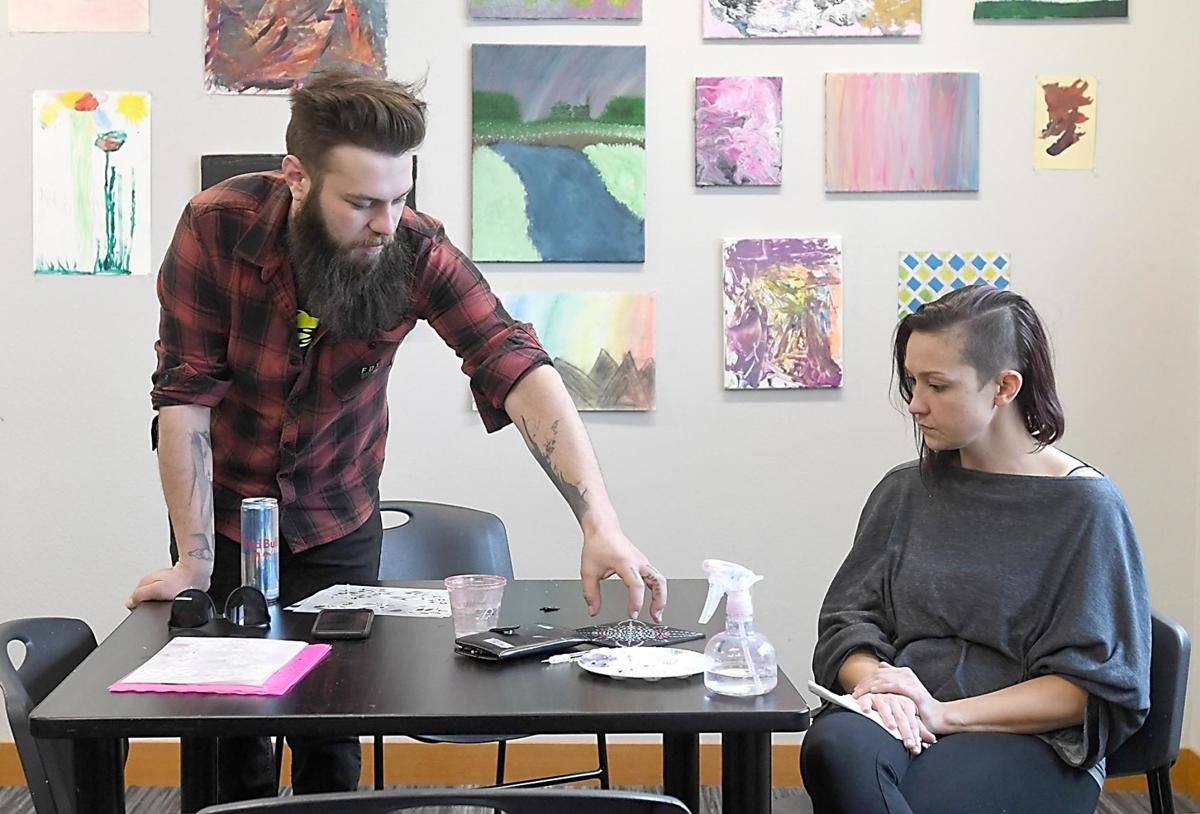 Heather Marovich paints a pair of chairs for her grandsons.

When residents begin to grow discouraged with their art projects, resident artist at Solace Apartments, Michael Cimino, channels his inner Bob Ross: There are no mistakes, just happy little accidents.

Take April Chouinard’s shark painting, which is now displayed in her friend’s bathroom. At first, Chouinard said, it was going to be a dolphin, but in the process, it became a shark. The mistakes had initially discouraged her.

“I wanted to throw it away,” Chouinard said.

Instead, Cimino insisted she keep working on the piece despite her frustrations.

She said that for some that are in recovery, many take an “it’s all or nothing” mentality. But with art, she’s learned that mistakes happen, and most importantly, can be worked out.

“I’ve made mistakes but made something beautiful,” Chouinard said.

The art program had started almost as soon as Solace Apartments opened in November 2018.

The 30-unit complex is for those who come from local treatment courts and are out of chemical dependency treatment. It provides an opportunity for those individuals who have rehabilitated and with a criminal background to find a home.

She adds that the thriving art program and Cimino’s presence have given residents a level of stability.

“It’s a positive support in the community,” McCarthy said.

Cimino, working there since February, visits the facilities four times a week. The art program serves as an open studio where residents can work on any project. He directs art classes for kids and adults, but doesn’t force residents to work on just one project. Cimino thinks the freedom gives residents the chance to explore their creativity.

“We try to put healing into the art program,” Cimino said. “They can make something to make their place feel like home here.”

There’s something for everyone, even the youngest of occupants at Solace, such as 3-year-old Brandon Alter.

He runs into the room wearing paint-covered clothes, eager to paint, with his mom, Kristina Alter.

Alter works on a Christmas present. She has attended the program every weekend since early summer with her kids and boyfriend.

“It’s a good way to get the family together,” she said. “How many families can do art together?”

With each visit from Cimino, the community room transforms into an art room, decked out with canvases, paint brushes and other arts supplies. He’s also available to the residents for guidance or questions on their art.

Heather Marovich, resident at Solace for just more than a year, said Cimino’s consistent visits have given her an incentive to come to the art program.

The program also has been healing for Marovich, describing it as meditative.

Cimino is now on the lookout for local artists to visit on Sundays. He’s looking for two artists a month. During his time as resident artist at Solace, he has seen the positive effect of the program on the residents. He hopes to bring in more artists to share the value of art and refresh the program with different art styles.

It’d also provide artists some sense of ownership in giving back to the community. Having been trained in art, it’s something Cimino believes should be shared to bring a positive change.

“We can utilize (the artists) skills,” Cimino said. “It was a no-brainer for me.”

Local artists interested in being a guest artist at Solace Apartments, contact Michael Cimino by email at mciminoarts@gmail.com.