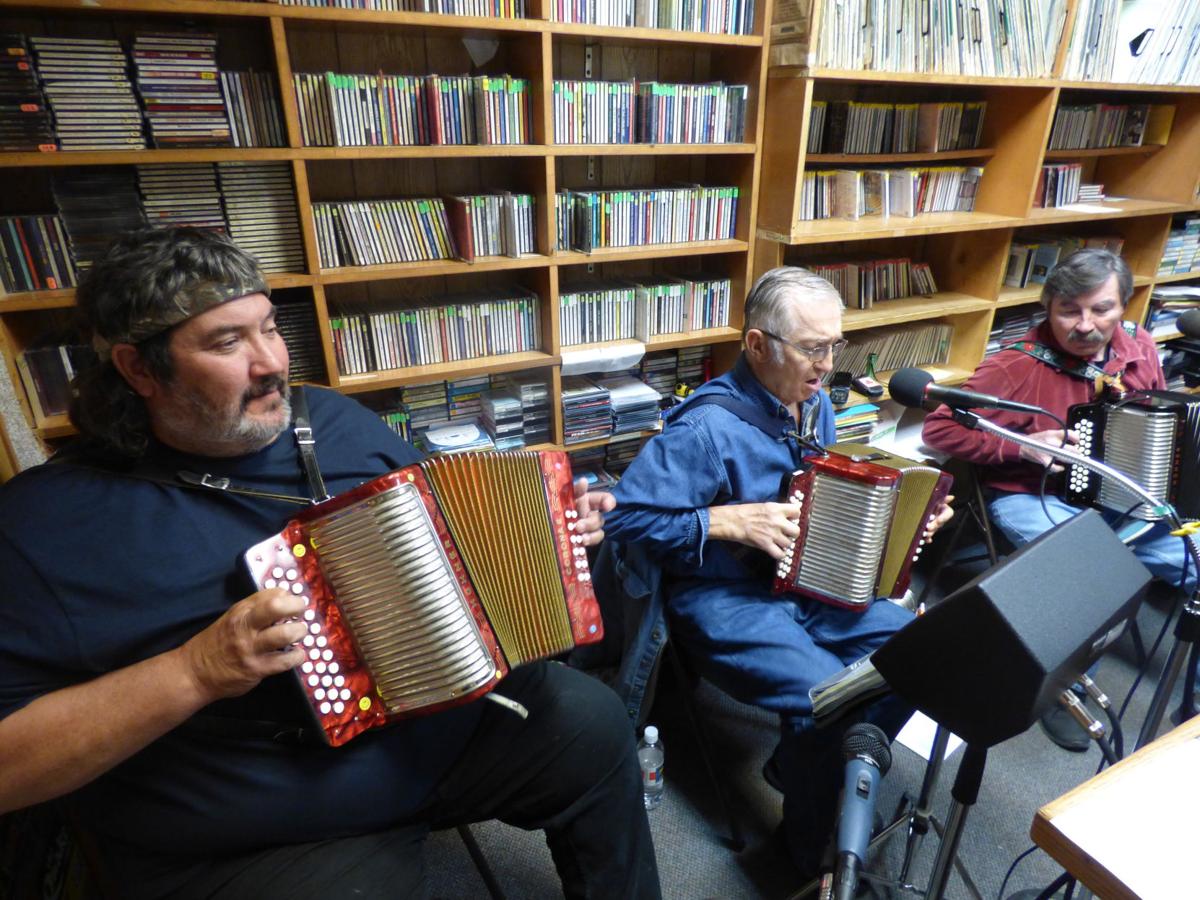 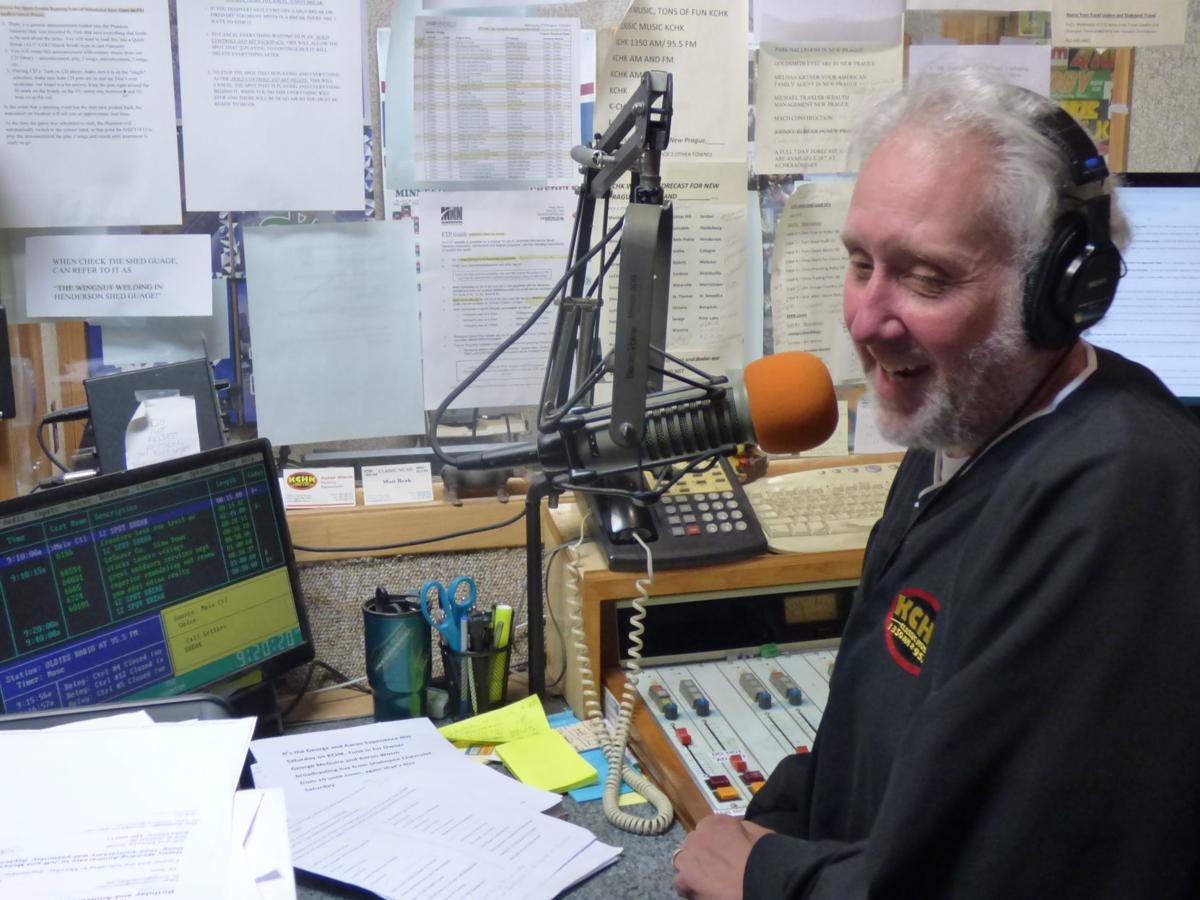 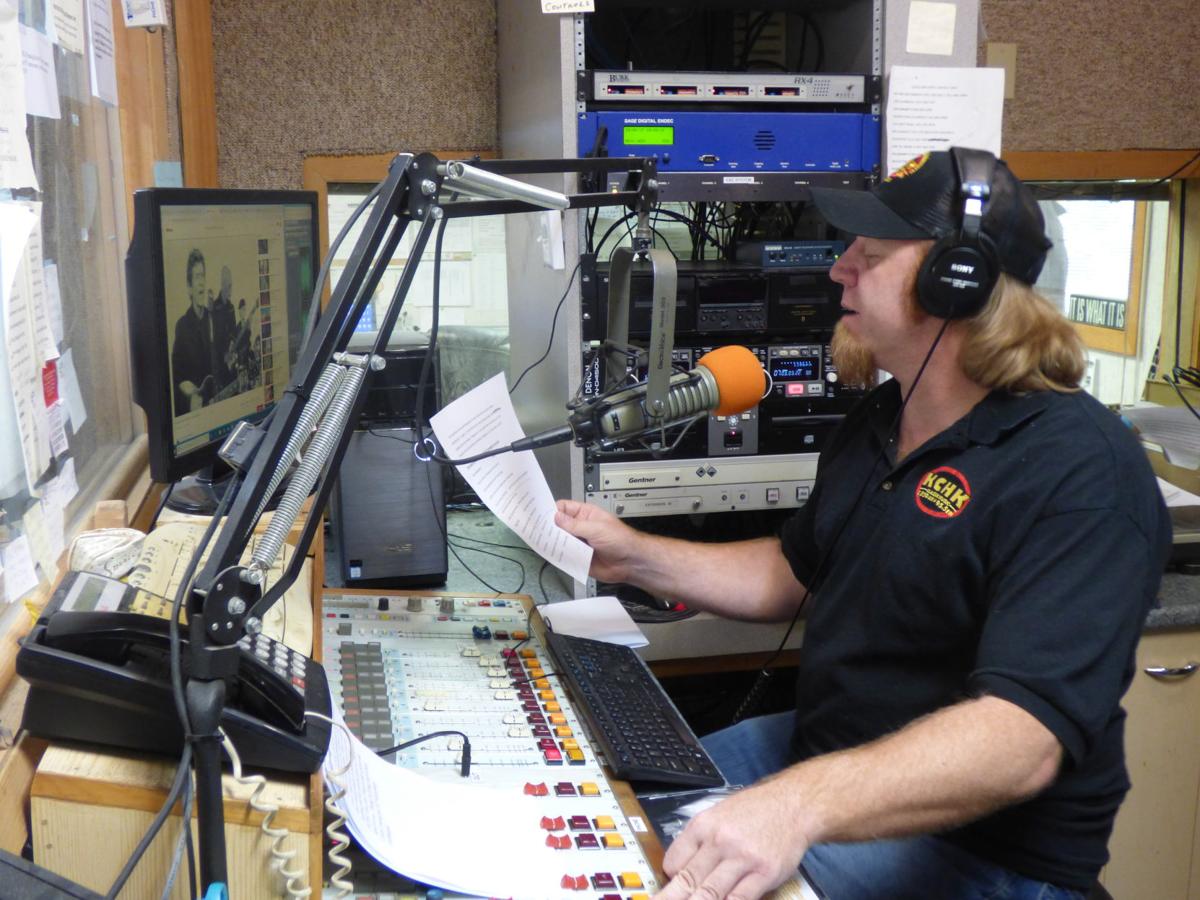 It’s a Friday morning at KCHK, a radio station a few miles northeast of New Prague on Highway 13, and three accordion players and a drummer are packed into the tiny studio.

Between songs, they joke around with and sing happy birthday live on the air to General Manager Tom Goetzinger, who has been at the helm since 2012, a pivotal moment in the station’s 50-year history. Since then, KCHK has hosted 374 live performances on Live Musicians Fridays.

“I’ve made the observation that we’ve got a lot of polka musicians in the area,” Goetzinger said. “There shouldn’t be any reason we couldn’t do live music every Friday.”

Over the years, Live Musicians Fridays has expanded to include other genres, like country and folk music. The station is known for its mixed formats of polka, vintage country, and classic ‘50s and ‘60s rock-n-roll.

Since it first went on the air in 1969, KCHK has always given a nod to the region’s Czech heritage. Back then, polka stations were common throughout southern Minnesota. But as many stations changed their format to Top 40 music, KCHK kept doing what it did best, playing old-time polka music.

Drummer Mike Sticha, of St. Patrick, occasionally performs on Live Musicians Fridays, and he’s followed the station since its infancy.

“The main thing about the station that really is important around here is the old-time music that they still have, Sticha said. “When Tom came back, he really emphasized that; a mix of old-time, some classic country and classic rock.”

General managers have come and gone over the years; some emphasized polka, while others sought to minimize it. Goetzinger began as a DJ in 1991 and this is his third stint working at the station.

When he was tapped to be the station’s general manager of KCHK by its parent company, Ingstad Brothers Broadcasting, the station was in disarray. Advertisers were drying up, and employees were walking away from the station that had developed a reputation for its community building.

“In July of 2012, the station had really lost its way and it was actually within a sliver of shutting down,” Goetzinger said. “The people in charge were trying to take away the amount of time that was allotted to the polka music; trying to make this a political talk-radio station. They had a lot of people quit and didn’t really know what to do.”

Goetzinger hired new staff and brought the polka music back; on Sundays the station plays solid polka for 15 hours straight. During the weekdays the programming evolved to include a mixed format.

“What pairs up really well with polka music is classic country,” Goetzinger said. “When you go to a polka dance, the bands are playing three sets of songs, they’re playing polkas and waltzes but then they’re playing 2-steps. Basically, its classic county done with polka instrumentation. It’s such a natural to go from a polka offering to a vintage country offering because these polka artists have already dipped into that. When the polkas are done, we slide into what we call vintage country.”

By mid-morning, Jimmy “Dot” Somers settles into the studio chair for two and a half hours of vintage country; it’s a combination of the some of the greats, like Merle Haggard, Johnny Cash and Marty Robbins, the kind of music that has stood the test of time. He intersperses the music with little tidbits of information about the artists, like Ray Price’s trend-setting signature shuffle, or how Loretta Lynn’s song “The Pill” was banned by radio stations across the country when it was released in 1975.

“When I start playing a deep cut from Marty Robbins, people want to know a little bit more about him,” Somers said. “You get a little tidbit in there and I think it just adds and separates us from those bigger stations. We have a big-city sound with a small-town feel.”

From 3-6 p.m., the format switches again with a focus on classic 50s and 60s music. When Goetzinger returned as general manager in 2012, he noticed that stations like KOOl-108 FM in the Twin Cities that had established a format of playing classic rock-n-roll were now defining classic rock as ‘80s music.

“I realized there are really no malt shop oldies stations around anymore,” Goetzinger said.

Most commercial radio stations tend to stick to one format, but KCHK has three. It’s served them well; they hold the record number of devoted listeners of all the stations owned by their parent company, Ingstad Brothers Broadcasting.

“Sometimes when you listen to a radio station and all they’re playing is the same format all the time and you’re hearing the same stuff, that’s what causes people to tune away,” Goetzinger said. “We’re always looking at ways to put on programming that you’re not going to hear anywhere else.”

Ken Pomije, an accordion player who occasionally performs on Live Musicians Fridays, said the radio station is embedded in the neighboring communities of New Prague, Montgomery and Lonsdale. Each of those communities hosts large annual festivals in July, August and September. All three of those festivals feature live music and celebrate the communities’ Czech heritage.

“They support their heritage in this area,” Pomije said. “The radio station is a big part of it because they really support all these celebrations.”

Goetzinger refers to Pomije as the radio station’s “official baker.” The Montgomery-based musician and farmer routinely brings in homemade Czech pastries and other baked goods to share.

A local blacksmith has designed horseshoes with the station’s name engraved in the metal that they hand out. There’s another regular who brings breakfast to the musicians every Friday morning.

Along with five full-time and another eight part-time employees, they have volunteer DJ’s who have been spinning polka records for decades on Sundays.

As Live Musicians Fridays expanded, so did the recording equipment. On one occasion, the station squeezed in a five-piece country band into the studio to perform live. All the live performances are recorded; some are made into CD’s or replayed on the air to promote shows in the area.

“We’ve grown into a mini recording studio,” Goetzinger said. “A lot of the bands don’t have recordings, but they’re playing in the bars around here. We can get them airtime beyond their live performance.”

KCHK released its sixth CD sampler in September to commemorate New Prague’s Dozinky (harvest) festival, featuring a mix of songs from area musicians who’ve performed live at the station, the same month KCHK celebrated 50 years on the air. Listeners can tune in at 95.5FM, 1350AM or online at KCHKradio.net.