Melissa Morisset set up a fundraising campaign for her friend Staci Dial and her son RJ (pictured) after he was diagnosed with leukemia. 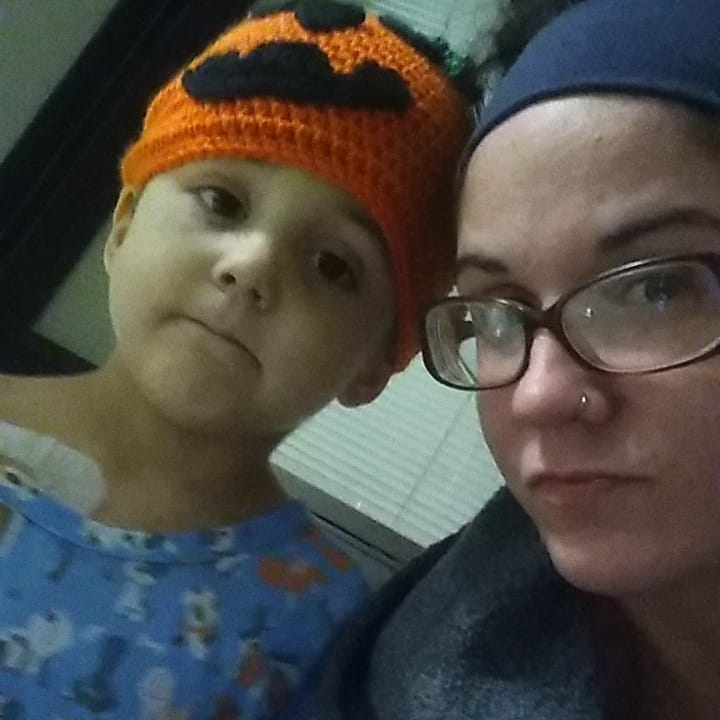 Staci Dial and her son RJ at Children’s Minneapolis. The two make biweekly trips to the pediatric hospital from Mankato for treatment. 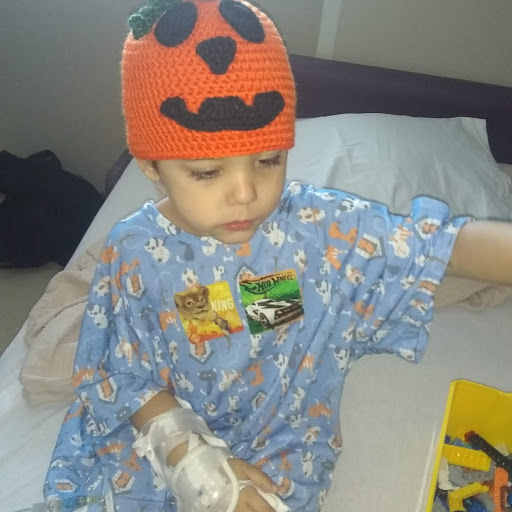 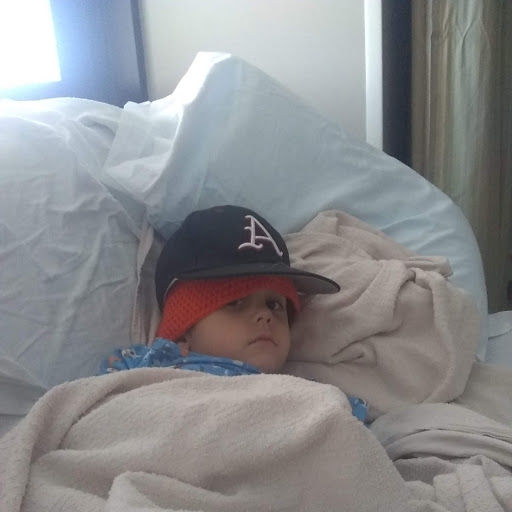 Melissa Morisset set up a fundraising campaign for her friend Staci Dial and her son RJ (pictured) after he was diagnosed with leukemia.

Staci Dial and her son RJ at Children’s Minneapolis. The two make biweekly trips to the pediatric hospital from Mankato for treatment.

On Oct. 21, Staci Dial brought her two 5-year-old sons — twins who both have autism and are mostly non-verbal — to Mankato Clinic’s Wikersham Health Campus to update their vaccinations so she could enroll them in school.

What was supposed to be a routine appointment turned out to be anything but for her son RJ (short for Richard Jerald) who came down with a fever before their appointment. When they arrived, their pediatrician ran some tests.

“His fever was at 103 when we got there,” Dial said. “We did some bloodwork and we didn’t even make it home and they said we need to come back for more testing.”

The nurse who called said RJ’s platelet levels were low, so Dial’s mother dropped her and RJ back off at the clinic and returned home with Dial’s other son.

Back at the clinic, their doctor said RJ’s bone marrow was not producing any white blood cells and he was diagnosed with Leukemia, a form of cancer that infiltrates the person’s bone marrow. RJ’s grandfather immediately drove him to Minneapolis, where RJ’s father lives. They met at Children’s Minnesota, a pediatric hospital in Minneapolis, who admitted RJ. Dial remained in Mankato for the night to watch her other two children. One of the first people she called was friend Melissa Morisset, also of Mankato.

“I didn’t know what to say,” Morisset said. “I felt disbelief and sadness. I felt bad for her and RJ. You don’t think that’s going to happen to you or people you know.”

Dial drove to Minneapolis the next day, and remained there for 10 days as doctors embedded an IV port into RJ’s skin to give him easy access to fluids, along with a bone marrow biopsy. He’s been receiving regular blood transfusions ever since. Later, his treatment included a spinal tap extraction to ensure the cancer doesn’t spread to RJ’s spinal fluid. That was followed by chemotherapy and a growing cocktail of medications.

“He’s on so many different medications right now; he has what the nurses call ‘roid rage’ because he’s on steroids,” Dial said. “He’s on gabapentin because he’s having nerve damage in his feet and hands from the chemo.”

All of this, said Dial, would be very difficult for a child of any age, but for a child with nonverbal autism, the experience of the constant travel, overnight hospital stays and the poking and prodding by unfamiliar doctors and nurses is especially challenging for a child most comfortable with routines.

“He doesn’t trust anybody that walks through his hospital room door, except me or his dad,” Dial said. “It’s to the point where he doesn’t even want to sleep in his hospital bed; he’ll sleep on the pullout couch with me. They won’t even be touching him and he’ll say ‘ouch.’”

For the past two months, Dial and RJ had two round trips a week to Children’s Minneapolis to check his blood levels and if needed, give him a transfusion. Then her van broke down. While insurance has covered most of the costs, the gas money and a place to stay for frequent trips and for car repairs has added up as Dial, a single mother, has four other kids, including a daughter with epilepsy, at home in Mankato to look after. Meanwhile, bills are piling up.

To help her friend of 10 years, Morisset set up a GoFundMe campaign to help Dial pay for those out-of-pocket expenses. As of Wednesday of this week, $710 has been raised. Morisset has used the donations acquired so far to help Dial with gas money and for mechanics to work on getting her van working again.

In the meantime, she gets rides to Minneapolis from various friends and family members.

“I just wanted to help her and that was one of the ways I could try to help along with getting a hold of churches and trying to set up meals for her,” Morisset said. “So when she gets home from the hospital, she doesn’t have to worry about having to cook dinner for the rest of the kids.”

Morisset said she’s simply doing what her friend would have done had the roles been reversed.

“Staci is a good mom,” she said. “Her kids come first. She’s a great person and deserves some help.”

In the meantime, there are good and bad days. Sometimes RJ has enough energy to play with this brother, but Dial said the drugs and chemotherapy — along with fluctuating white blood cell counts — have taken a toll. Despite all of this, Dial remains optimistic.

“It looks like he might have a really good chance, actually; but we won’t know until we’re in remission,” Dial said. “I keep staying positive.”