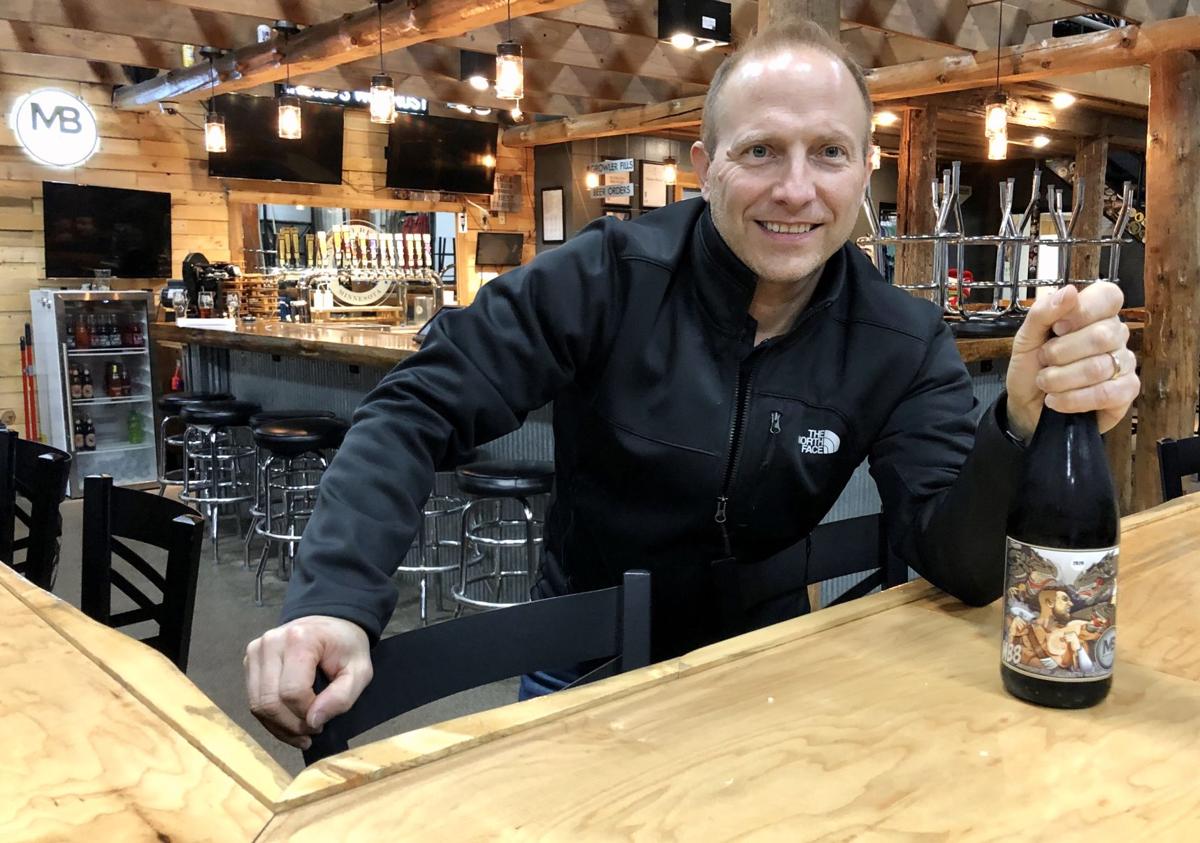 Tim Tupy stands in the Mankato Brewery taproom with a bottle of the brewery’s newest creation, MB8. The brew, which boasts a robust 12% AVB and 60 IBU. It will be available Saturday when the brewery celebrates its 8th anniversary. 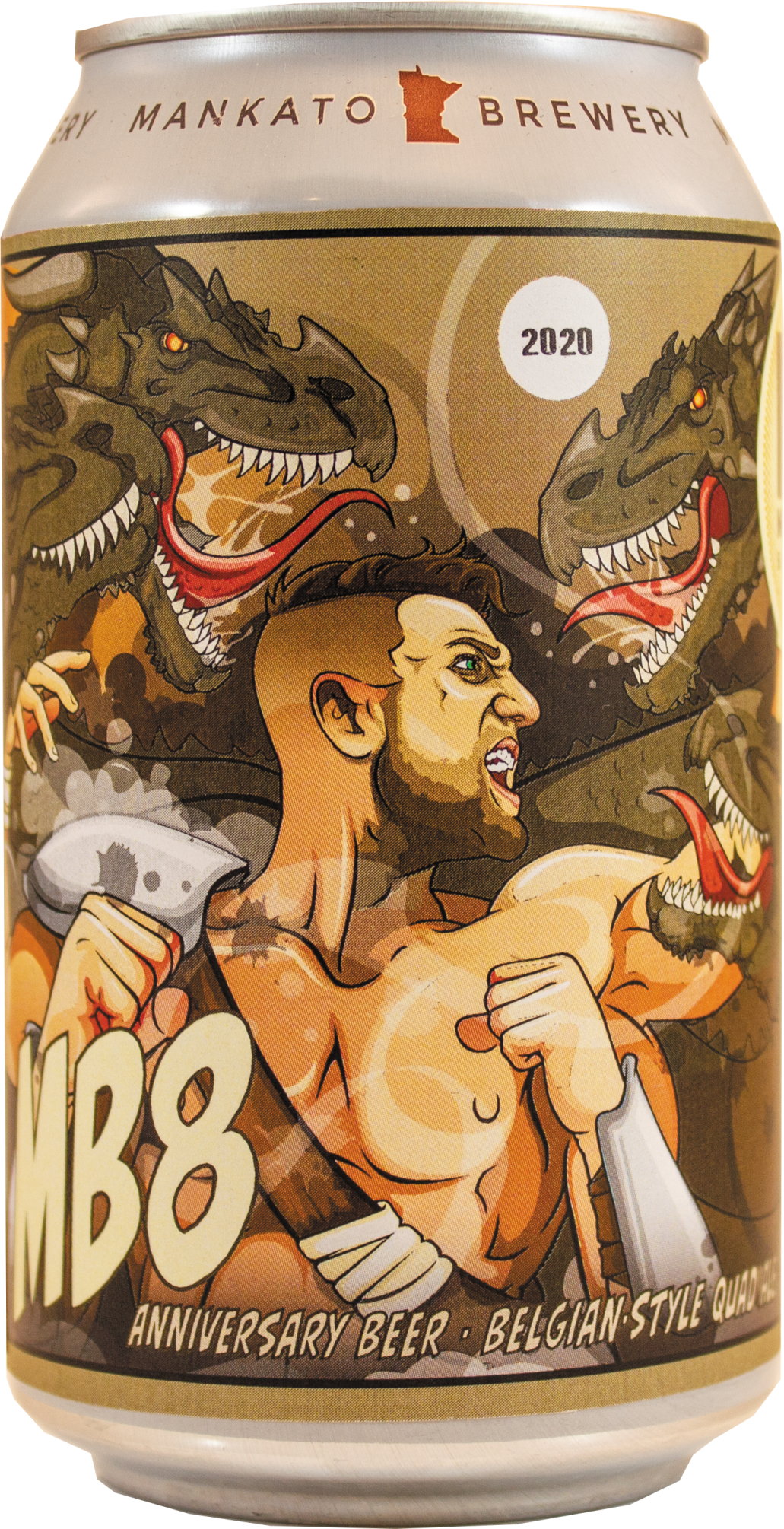 The MB8 can, with art design by Cody Behrendt.

Tim Tupy stands in the Mankato Brewery taproom with a bottle of the brewery’s newest creation, MB8. The brew, which boasts a robust 12% AVB and 60 IBU. It will be available Saturday when the brewery celebrates its 8th anniversary.

The MB8 can, with art design by Cody Behrendt.

When Mankato Brewery launched, Tim Tupy’s vision for the place was a simple one.

He just wanted to brew some beer, and hopefully attract enough followers who wanted to fill up their growlers on a regular basis.

So he opened in 2012 with a humble operation in lower North Mankato. Mankato Brewery’s tiny tasting room was open just two hours per day, two days per week.

“There were only 12 breweries in Minnesota when I started working on this,” Tupy said.

Welp, there’s a heckuva lot more than 12 now. At last count, Minnesota was home to 172 breweries.

So now, eight years and a major change in state law later, Mankato Brewery remains part of a craft beer renaissance, and its mission and business model have changed drastically. Today that tap room is open every day, and it’s able to serve you as many pints of Mad Butcher IPA on site as you want (responsibly, of course). And they can still send you home with a growler.

The Brewery’s got a big bash planned for Saturday to celebrate eight years of brewing some of the region’s best craft beer. And to commemorate the anniversary, the brewery will release a special new beer that boasts a hearty 12% ABV and 60 IBU.

Looking back over eight years, Tupy said the so-called “Surly Law” changed the course of his business. The law got its name from Surly Brewing, which wanted to build a destination brewery and taproom in Minneapolis. Under existing law at the time, though, it wasn’t legal. So the brewery found some sympathetic lawmakers and got a bill passed that finally allowed breweries to sell and serve pints of their own beer on site.

That changed Mankato Brewery’s plans greatly. It prompted them to expand the taproom several times, and expand taproom hours. Today the taproom has as much seating as many local taverns, though Tupy has said before he’s not interested in putting any of those taverns out of business. Quite the contrary, actually; it’s those other taverns — and liquor stores — that are Mankato Brewery’s main source of revenue, and a part of his vision for Mankato Brewery’s place in the community.

The taproom, as inviting as it is, is more of a marketing tool. Tupy says he hopes people will come to the brewery, try the beer, and then go to their local liquor store to buy more.

Another part of the Mankato Brewery mission, Tupy says, is to support the community.

“We’d love to be able to help get people to come to Mankato. And we’re seeing that. We attract from the Twin Cities, Iowa — and they’ll spend the weekend here,” Tupy said. “We get people who come through Mankato and stop in to check out the brewery, they’ll have a beer, and they’ll ask us where they can eat and continue to enjoy your beer. We give them ideas of where they can go to continue their experience. That’s a big part of what we do.”

When Tupy started the brewery, he did so with a partner.

But the partnership dissolved when that partner’s spouse was charged with stealing money from another business owned by the Tupys, Liv Salon and Spa.

“The challenge was that he commanded the day-to-day operation and I was to provide advice and support,” he said. “So it’s put more on my shoulders, and I have an other business.”

But Tupy says they’ve moved beyond that now and the brewery is stronger than ever.

He said that, for 2020, Mankato Brewery fans can expect them to start “having some fun” with one of their signature brews, Mad Butcher. They’ll also be releasing a lemon-lime pilsner soon, as well as another beer they’ll release in partnership with Carlson Tilisch Eye Clinic.

The partnership, in addition to producing a new beer, will raise money to help prevent blindness.

age 74 of Mapleton, passed away on Tuesday, February 18, 2020 at Mayo Clinic Health Systems in Mankato. Funeral Saturday February 22, 2020 at 11 AM First Presbyterian Church in Amboy. Visitation one hour prior. www.SpencerOwen.com