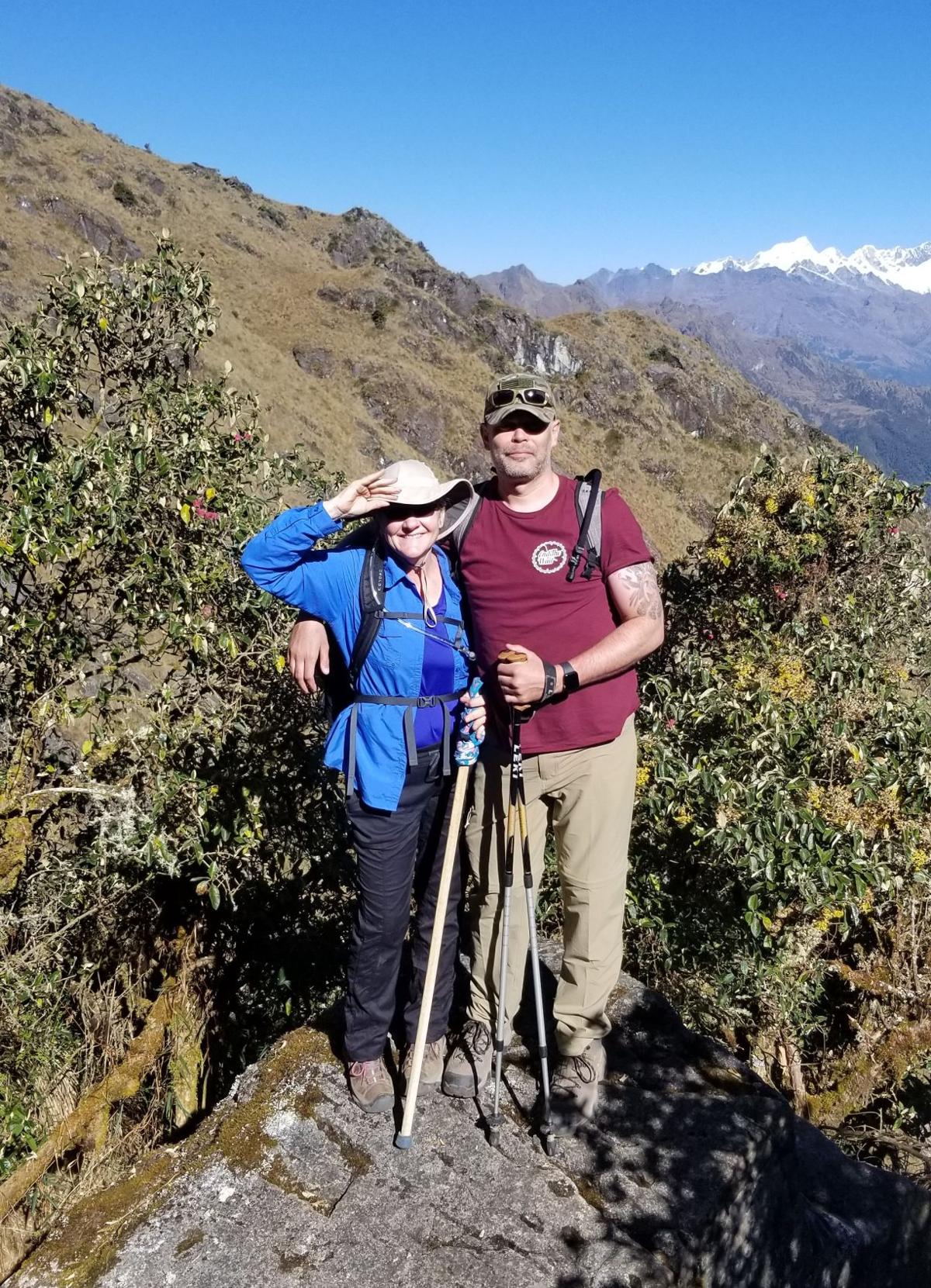 Connie Davis and Alex Palmer of Mankato hiked the Inca Trail in June. 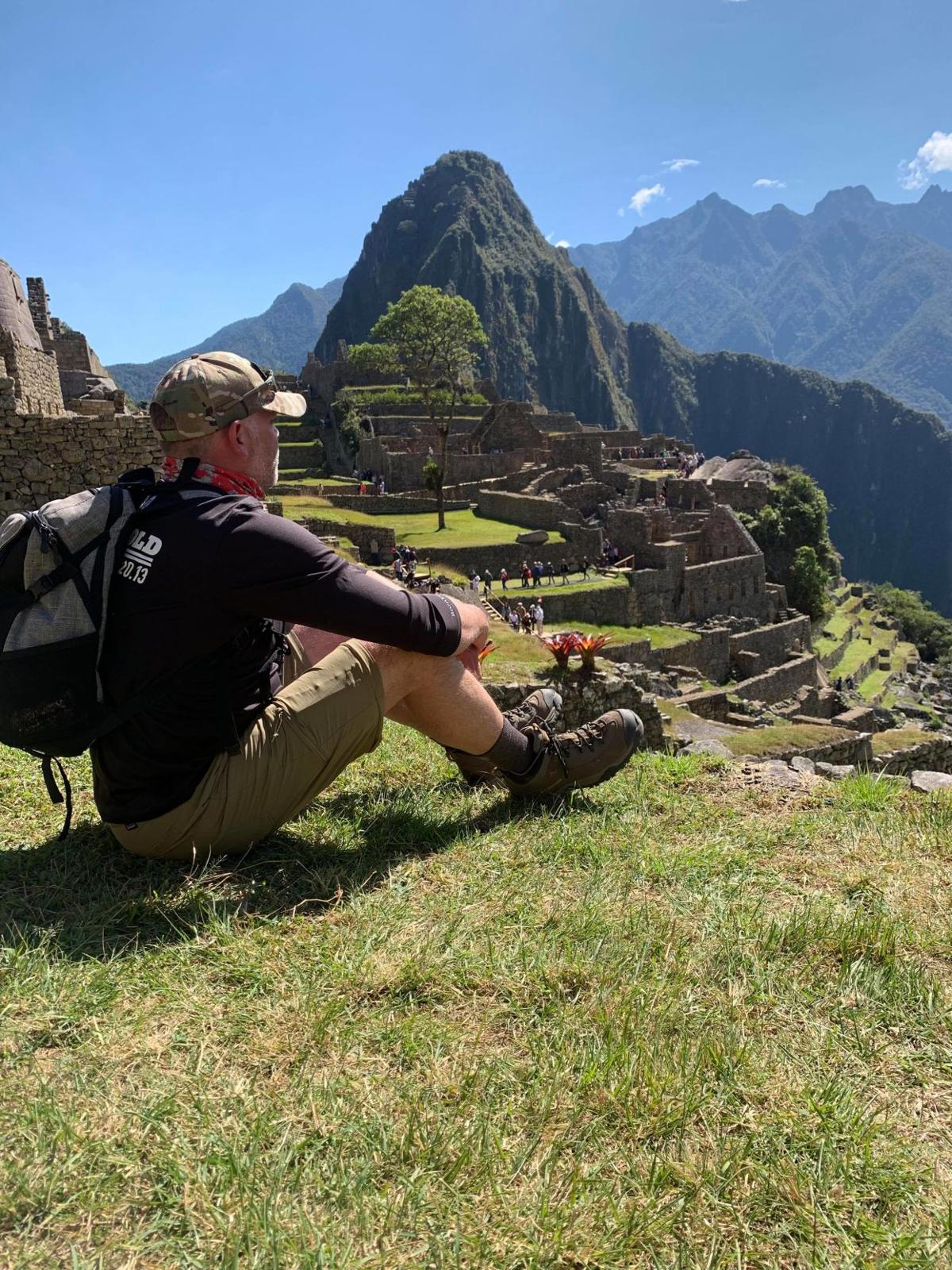 Alex Palmer takes in the view at Machu Picchu during a June trip to Peru.

Connie Davis met with one of the recipients of the surgery at a hospital in Lima, Peru.

Photo Courtesy of Connie Davis
1 of 2

Connie Davis and Alex Palmer of Mankato hiked the Inca Trail in June.

Alex Palmer takes in the view at Machu Picchu during a June trip to Peru.

Mankato residents Connie Davis and Alex Palmer didn’t know each other before taking a life-changing trip to Peru in June, but they and the 10 other people who hiked a 26-mile trek in the Andes Mountains formed a close, almost spiritual connection during their time there.

The two completed a four-day, strenuous-but-exhilarating trek along the 500-year-old Inca Trail to the ancient city of Machu Picchu to raise money for children suffering with cleft lip and palate, a birth defect that affects 1 in 700 infants. In developing countries, many families can’t afford the $500 surgery used to repair the deformity, and children are sometimes ostracized for the rest of their lives without it.

Davis and Palmer traveled to Peru with Smile Network International, a Minneapolis-based non-profit that raises money for surgeries in countries such as Peru, Haiti and Guatemala through service and adventure trips.

Both learned about Smile Network International and the Peru trip through mutual acquaintances from Le Sueur who were going and encouraged them to come along. As a member of the National Guard, Palmer had traveled to more than a dozen countries over the past 17 years. After reading the Celestine Prophecy, a spiritual story that takes place in Peru, he began to research the country.

“It’s sort of a mecca for people who are non-denominational but spiritual,” Palmer said. “I read about people’s first-hand accounts of being there and I thought, ‘this place sounds fantastic, I want to go.’"

This was the second such trip for Davis, who assisted plastic surgeons and anesthesiologists in Port-au-Prince, Haiti in 2017. After that, she knew she wanted to take another.

To hike the Inca Trail, trekkers need to obtain a permit from the Peruvian government. For 2019, they sold out of those in one day for the entire year. They were told to expect a strenuous hike, climbing from 10,000 to 14,000 feet.

“I did train in North Mankato at Ignition Fitness and Sports,” Davis said. “I hiked a lot of stairs from January until we left in June.”

On the first leg of their four-day trek they traveled through small settlements, including a village called Pisac, known for its terraced farming practices. Palmer said the trail is made mostly out of stones carved out of the mountains. The Inca civilization developed a vast network of trails and roads throughout the Andes Mountains, stretching for thousands of miles along the west coast of South America.

“As you work your way into the mountains, the rocks get a little bigger, more uneven,” Palmer said. “The grade gets steeper. There is a portion they call the ladder and you literally have to put your hiking pole on your pack and you’re crawling on your hands and knees because it’s so steep.”

After the group ascended deeper into the mountains, they saw fewer people and settlements. At one point, the hikers had to climb on their hands and knees on steep stone steps on the side of a cliff.

As they ascended a peak on the fourth day, the ruins of Machu Picchu opened up in a valley below them surrounded by mountains. Both Davis and Palmer said they were amazed by the engineering skills of the people who built this ancient city as they explored the buildings up close. There is a vast network of aqueducts used for irrigation that still function today, and buildings are positioned to mark the sun’s location at different times of the day, month and year.

“You come to what they call the Gate of the Sun,” Palmer said. “As the sun comes through the gate at different times of the day, light shines through different windows of some of the architecture and creates distinct shadows. The light will shine on specific alters and temples.”

After they completed the trek, the group traveled to a hospital in Lima to meet with some of the children and their families before and after the surgeries, paid for through donations from friends, co-workers and family members of the hikers. For the June trip to Peru, the dozen volunteers raised $47,000 dollars that goes directly to children and their families who can’t afford the $500, 45-minute procedure.

They both say seeing the family’s faces after their children came out of surgery was one of the highlights of the trip. Davis said bonding with those families made her realize how much she received in return for her time.

“I gave my time and effort to help with these surgeries,” Davis said. “I ended up receiving the blessing of their love and their life changing surgery that will make a big difference in their life. That’s very humbling.”

Since their return to Mankato at the end of June, Palmer said he still communicates daily with other members of the group. Davis already has plans to take a medical trip to Guatemala, and Palmer, who usually doesn’t return to the same place twice, said he’s planning to go back in 2021.

“I find myself starting out the window at home, longing to be back in the mountains with that crew,” he said. “I would go back to Peru in a heartbeat.”

Dan Greenwood is a Free Press staff writer. Contact him at dangreenwoodreporter@gmail.com