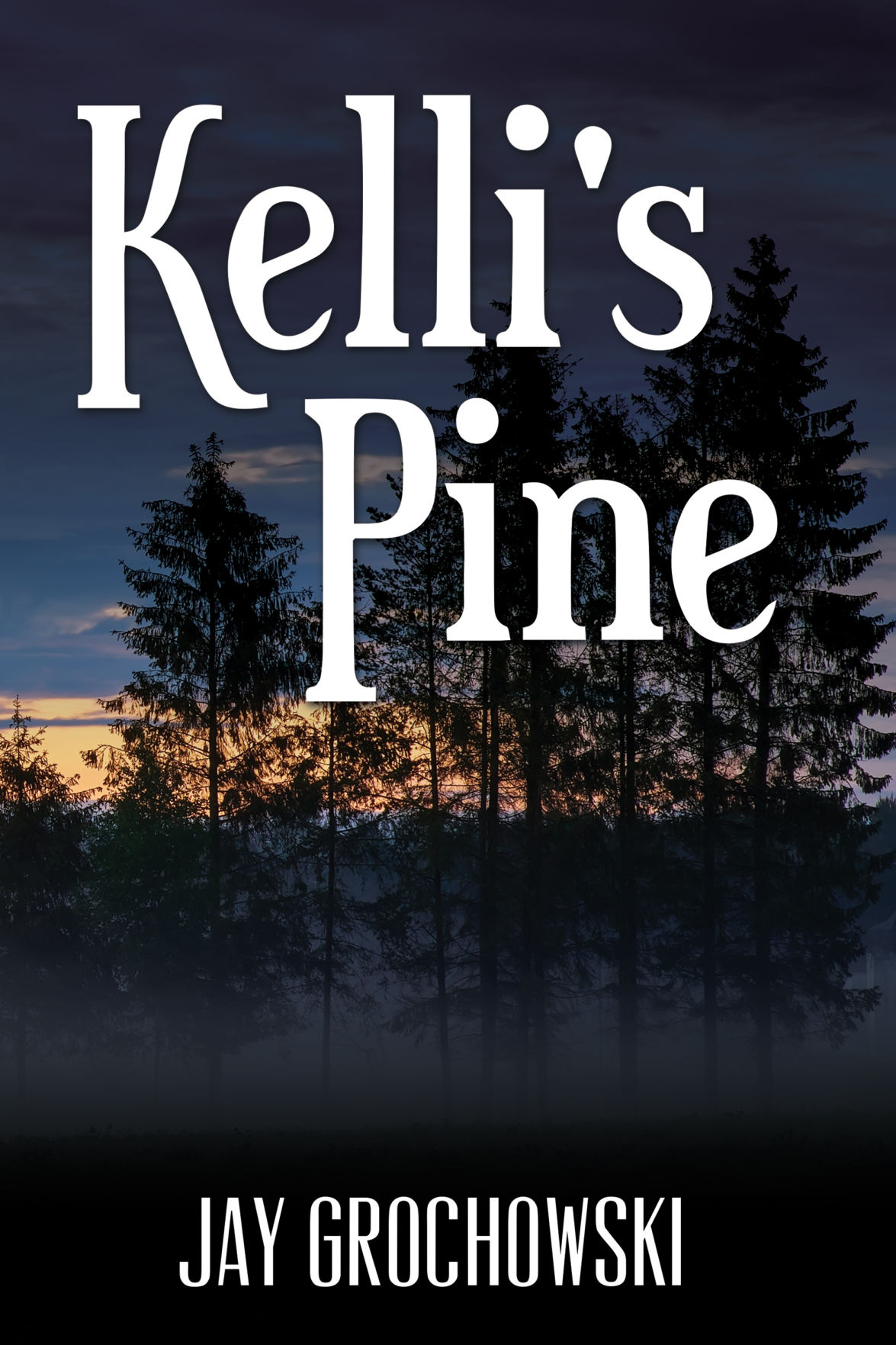 “Kelli’s Pine” is the debut novel from Illinois-resident Jay Grochowski. It is set in Mankato. 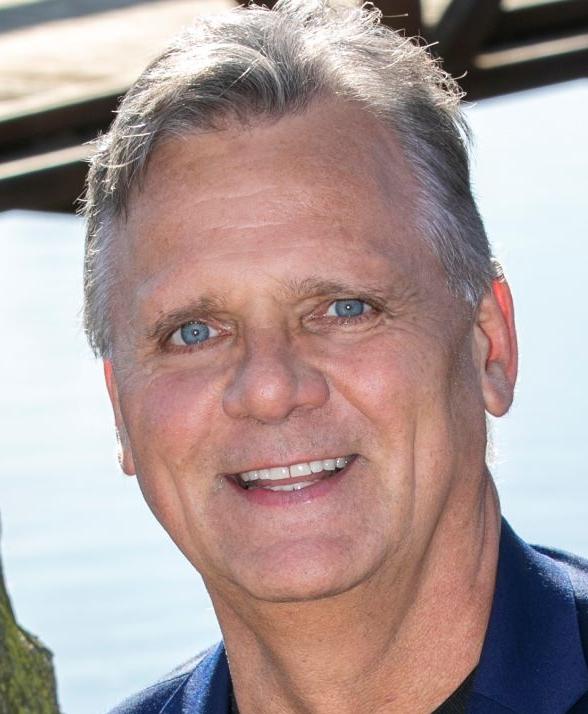 So it’s not everyday a traveling salesman sits sweating in an empty ballpark in Mankato and bangs out the first chapter of his debut novel.

But that’s exactly the scenario we’ve got here with Jay Grochowski.

He’s a salesman for HP, and his sales calls bring him to Mankato on a regular basis. On one of those trips, he decided to start writing. And then he ... just didn’t stop. About 140,000 words later, we’ve got “Kelli’s Pine,” a book that uses sports to weave together a tale of redemption through love and perseverance — a tale in which Mankato figures prominently.

Even though Grochowski isn’t from around here, we thought we’d throw a few questions his way and ask him about the unusual beginning to his first book.

The Free Press: This is your first book. So tell us: Is writing as easy as it looks?

Jay Grochowski: Writing “Kelli’s Pine” wasn’t easy. The book that’s available today is the culmination of countless re-writes, tweaks and gnashing my teeth over sentence structure and how to deliver the story. The easiest part of the process was the actual writing. I had a story in my head for a couple years before I typed the first word. I liked where it was going from the start, so it was easy to stay motivated to work on it each time I had a chance. The hardest part was taking the first draft and breaking it down, adding and deleting content to tighten up the original story. If the final product comes across as looking easy, I’m pleased beyond words because it was hard.

FP: You wrote most of what would become chapter two at the Franklin Rogers Park. Was there a game going on at the time or were you alone?

JG: Franklin Rogers Park was empty that July day in 2017. Either the Moondogs were off or on the road, but maintenance crews had the gates open. I sat in the stands for a few hours and visualized all the happenings that make up chapter two. Those were the very first words I typed of the 142,000 that make up the book. Sitting in my suit and tie, sweating, I could see everything unfolding in front of me, and just described each vision. The fact that the stadium was empty was perfect as it’s also empty in chapter two.

FP: Tell us where you’re from and how you happened to spend time in Mankato.

JG: My home is the western suburbs of Chicago. Starting in 2009, my job brought me frequently to Mankato to call on Jim Hansen at River Bend Office Products.

FP: What is it about Mankato that led you to include it in your first novel?

JG: For close to a decade I was visiting the Hansens and I’d see Franklin Rogers Park on each visit. Caught a few games there over the years and just love baseball in settings like Mankato. As the story was taking shape and I determined that baseball would be a theme that bonds the main characters together, I just decided Mankato was the perfect home for the characters in Kelli’s Pine.

I love the area, the people, and that ballpark. Another key to the story was the fact that Mankato has a state university in town. The clincher was when I learned of Mankato’s cannery history and the historical marker that touted carp-canning in the 1940’s. The Mankato Carp organization was born and with a team in place, all I had to do was fill in the blanks. Minnesota was the center of my sales territory, along with the Dakotas. My wife is from Wisconsin, so the geography I lean on in the book comes from my travels all over the region. I wanted to bring the readers to an area of the country I really like and reflects small town, Midwest life, including town league baseball, called Home Talent League in Wisconsin.

FP: Have you always wanted to be a writer?

JG: My degree is a BA in Journalism where I captained the Hoosier baseball team, ‘80-82. Less than a month after my last game, I was named the head baseball coach and Sports Information Director at George Williams College in Downers Grove, Ill. The school was hurting financially, so after two years I jumped to sales just ahead of the school closing permanently.

I loved writing and did plenty of it at GWC. A 35-year sales career gives me some opportunities to write, but nothing as involved as my S.I.D days or writing a novel. I hate the phrase “bucket list,” but writing a novel was something I always wanted to do. So one very hot July day in an empty stadium in Mankato, I just started writing. Finished 30 months later.

FP: Is this truly your first book or is it the first book you’ve finished?

JG: “Kelli’s Pine” is my first and only attempt at a novel. I didn’t tell my wife I was writing it until well over a year after I started. If I decided to stop and I should stick with my day job, nobody would know my attempt failed. My job had me spending over 100 hotel nights per year, so I wrote in my hotel rooms, lobbies, on airplanes, and countless pages sitting in the Humphrey terminal at MSP.

FP: Tell us a little more about your personal life.

JG: My wife Rhonda and I just celebrated our 35th anniversary. My son Stefan is 29 and a former college golfer, daughter Lauren is 32, married to Kelin, a Chicago cop, and they have an 11-month-old son, Dean. For years I was heavily involved in youth sports with both of my kids, a lot of baseball with my son. Lauren started in basketball as a 1st grader and ultimately earned a Division 1 scholarship, playing for the Coastal Carolina Chanticleers near Myrtle Beach. In high school, she played in the front line next to Candace Parker as they won back-to-back Illinois state championships. Recreational travel and baseball take up my spare time, so no real hobbies other than golf. For close to 15 years I was a bird dog (Recommending Scout) with the Cincinnati Reds, catching games on my sales road trips instead of sitting in the hotel watching television.

FP: Is “Kelli’s Pine” going to be it for you, writing-wise, or is this just the beginning of a new career?

JG: Gratefully the feedback from the first wave of readers is they want more. Heavily invested in the characters, many want to know when the sequel is coming. My plan is to take a deep breath, learn how to market a book as an independent author, promote “Kelli’s Pine,” then begin my second book. “Kelli’s Pine” was accepted into the “Indie Illinois” project, a key milestone. It’s qualified for their 2020 top fiction work by an independent Illinois author which is announced this coming September.

I’ll be releasing an audiobook in about a month or so. Hard copy will be available, too. Both of those projects will keep me busy over the next month or so.

Ideas for a second novel have begun rolling around in my head and I’ve started writing down themes and snippets of ideas. I love sales and my job with HP so that’s what I’ll do until retirement. Hotels will one day be back in my routine and that’s when my next literary work will begin. I’m getting excited to start writing again.