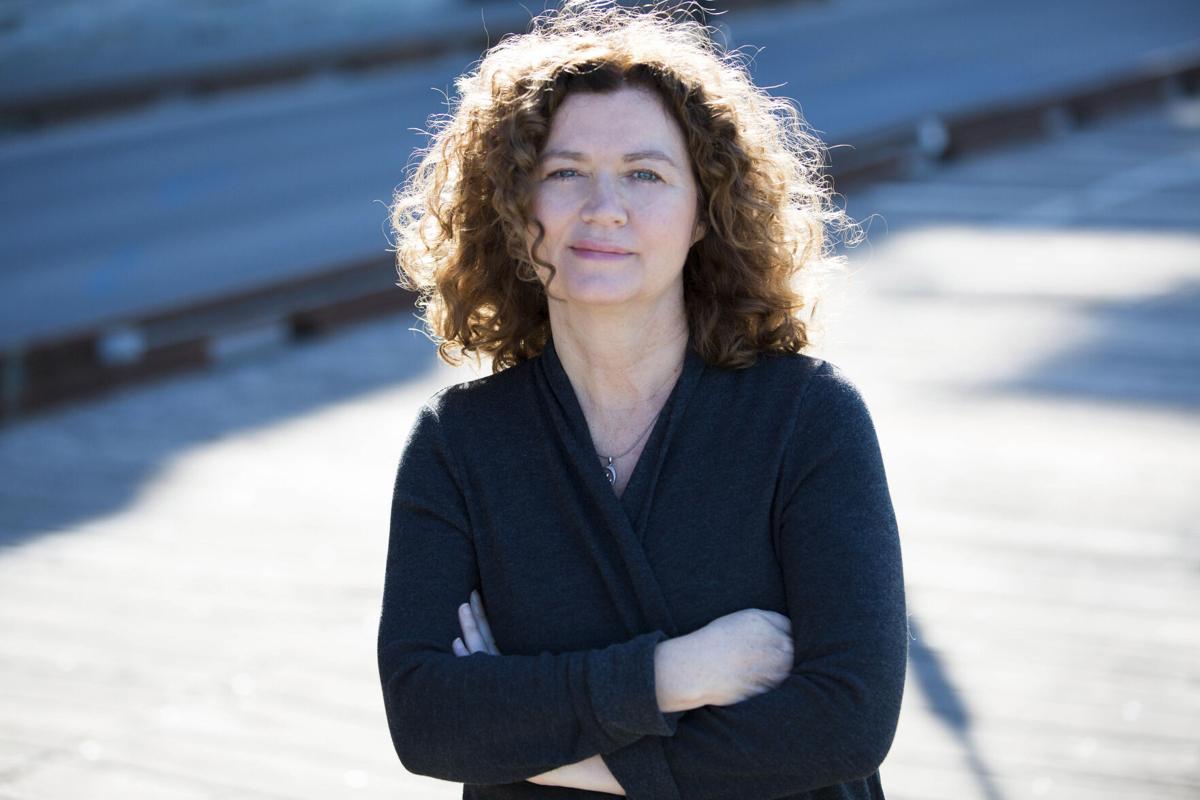 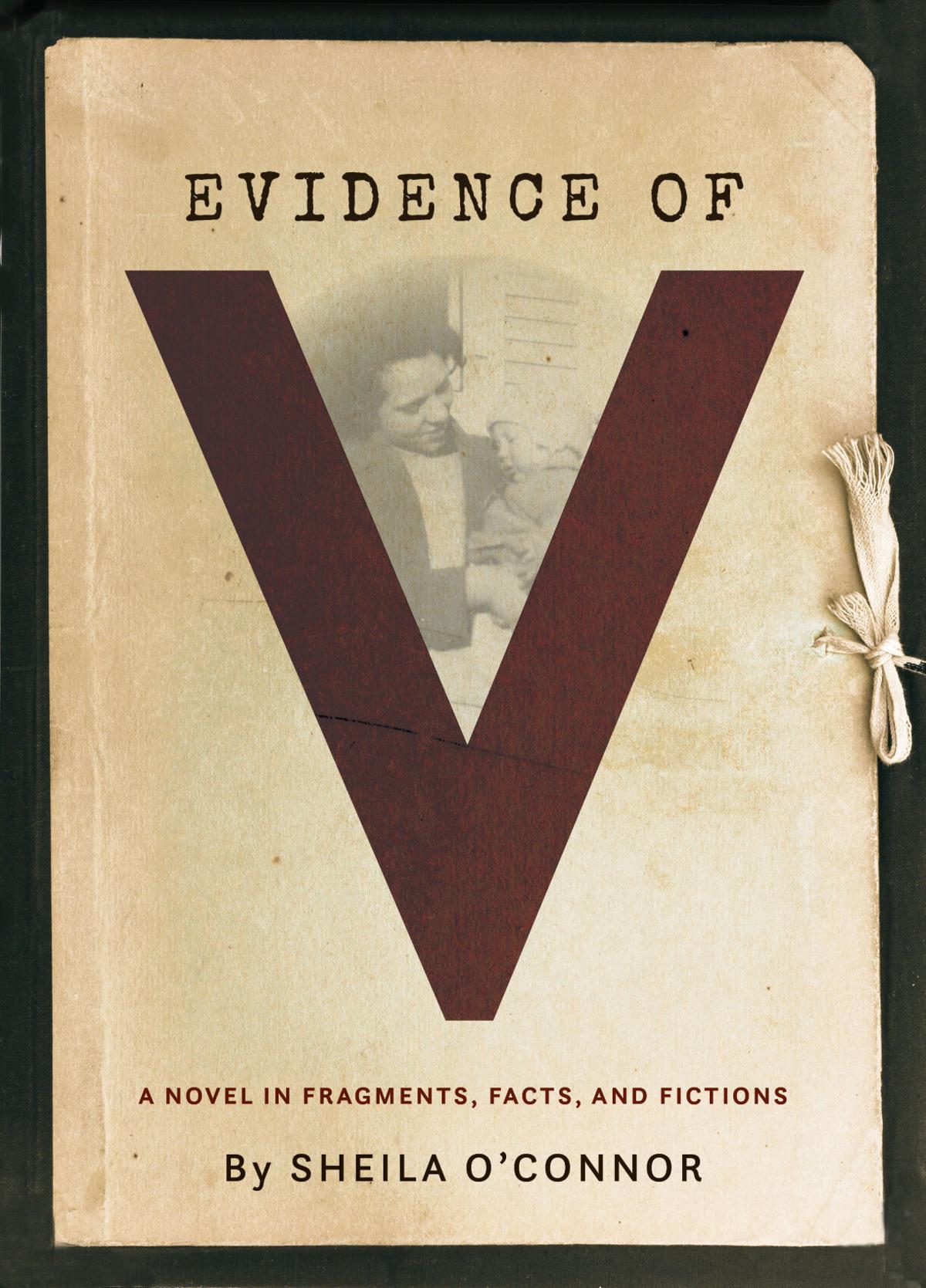 “Evidence of V” by Sheila O’Connor

When author Sheila O’Connor’s maternal grandmother was 15 years old, she found herself being treated like a criminal for behavior deemed by the state to be immoral.

Her offense? She was pregnant.

A court committed her to the Minnesota Home School for Girls in Sauk Centre and stipulated she could be confined until her 21st birthday, thereby beginning a dark chapter in her family’s history. The teenager also had become part of a largely unknown and decidedly shameful piece of Minnesota history, the effects of which have reverberated through several generations in many families.

O’Connor’s sixth novel, “Evidence of V,” builds on the true story of the girl’s commitment to the state facility, but historical records are scant and many documents from the Home School for Girls remain sealed long after it finally closed. Following years of research, O’Connor began writing with the knowledge that available evidence wouldn’t be enough to breathe life into her main character.

On its cover, the book is described as “a novel in fragments, facts, and fictions.” Much of the narrative reads as straightforward, beautifully executed historical fiction, but O’Connor splices in short passages with facts and fragments as promised. She quotes directly from government documents and other period sources, including academic papers, that provided a rationale for the commitment of girls ages 8 to 18 deemed to be delinquents.

The blunt language and stark sexism of those sources can be shocking and scary. For example, the superintendent of the Minnesota Home School for Girls said in 1919 that no “actual offense” was necessary and that a girl could be committed if “in danger of becoming delinquent, incorrigible, immoral.” (So, apparently, impure thoughts and words might’ve provided grounds for confinement at the state facility.)

Referred to in the story only by her first initial, V was sent to Sauk Centre after her pregnancy was discovered in 1935, and she gave birth to a daughter there later that year. For a brief time, she was allowed to care for her infant, whom she named June, but soon enough the baby was passed to the custody of V’s older sister and her husband. The couple adopted June in 1936, and the true story of the girl’s origins remained secret for decades.

While the factual framework behind “Evidence of V” is compelling, it can’t tell us who V was, what she dreamed of and how she was affected by her confinement. For that work, O’Connor uses her imagination, her wisdom and her considerable skills as a storyteller. V comes alive on the page, bringing readers into her world and giving us access to her emotional life as she endures harsh punishments, forced labor and other hardships in state custody.

Before her troubles begin, V is a talented and ambitious teen with big dreams. She has won an award for her singing and has performed for an audience of several thousand. She scrapes up income by singing and dancing on the streets of downtown Minneapolis, gathering coins from passersby. One day she impresses a nightclub owner, who promises her a place on his stage and whose interest in the girl goes beyond business. And that, of course, is where things start going wrong for the teenager.

“Evidence of V” was released in 2019, and it continues to attract readers and to stir discussion among book clubs, between friends and within families. That success can be credited to O’Connor’s ingenuity. She has assembled a memorable story on top of the facts of her grandmother’s life. “Evidence of V” also seems to hold a special appeal to anyone who wonders about mysteries in their own family history.

“It is a book about, in part, the way that a family buries a secret or buries even a person,” O’Connor said. “It’s about the way a family buries part of their history and yet that history is still having repercussions. It’s still affecting things that are happening after generations have passed, and the later generations don’t know the source of it.”

Critical to O’Connor while writing the book was a hope to reach women and the descendants of women who were once confined at the Minnesota facility and others like it around the country and to have them know a story reflecting their experience has been told.

“When I hear from them, I know the book did what I had hoped it would do because, up until this time, there has been nothing written that records what was done to those girls,” O’Connor said. “And this book would be just a pinpoint. This is one tiny story, and there were thousands and thousands of girls incarcerated.”