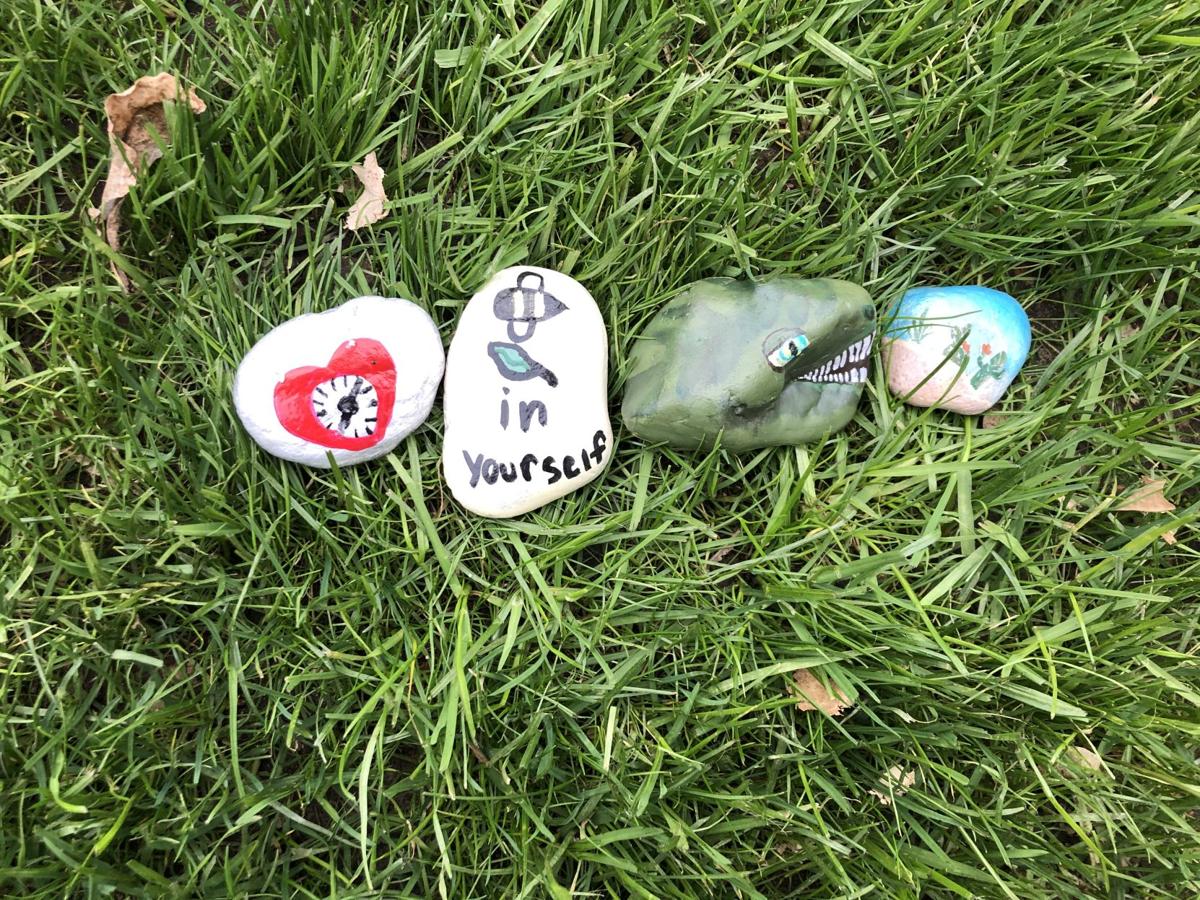 This image shows a few of the rocks Laura Doyen and her kids made. Some rocks are wacky and others contain inspirational messages. 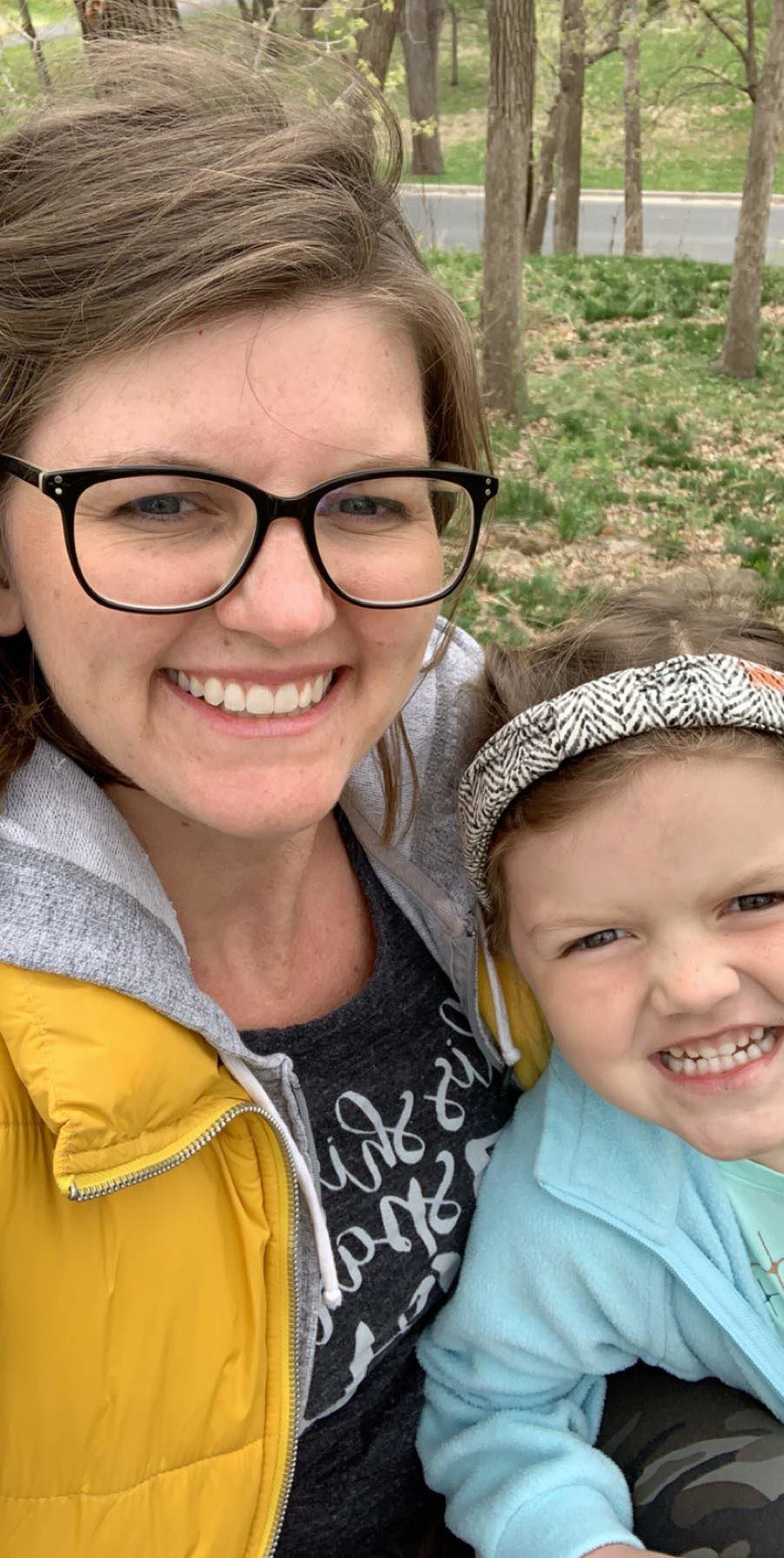 Jessica and her daughter Brooklynn have painted many rocks in the last few weeks. They leave them on trails and parks while they're out and about. 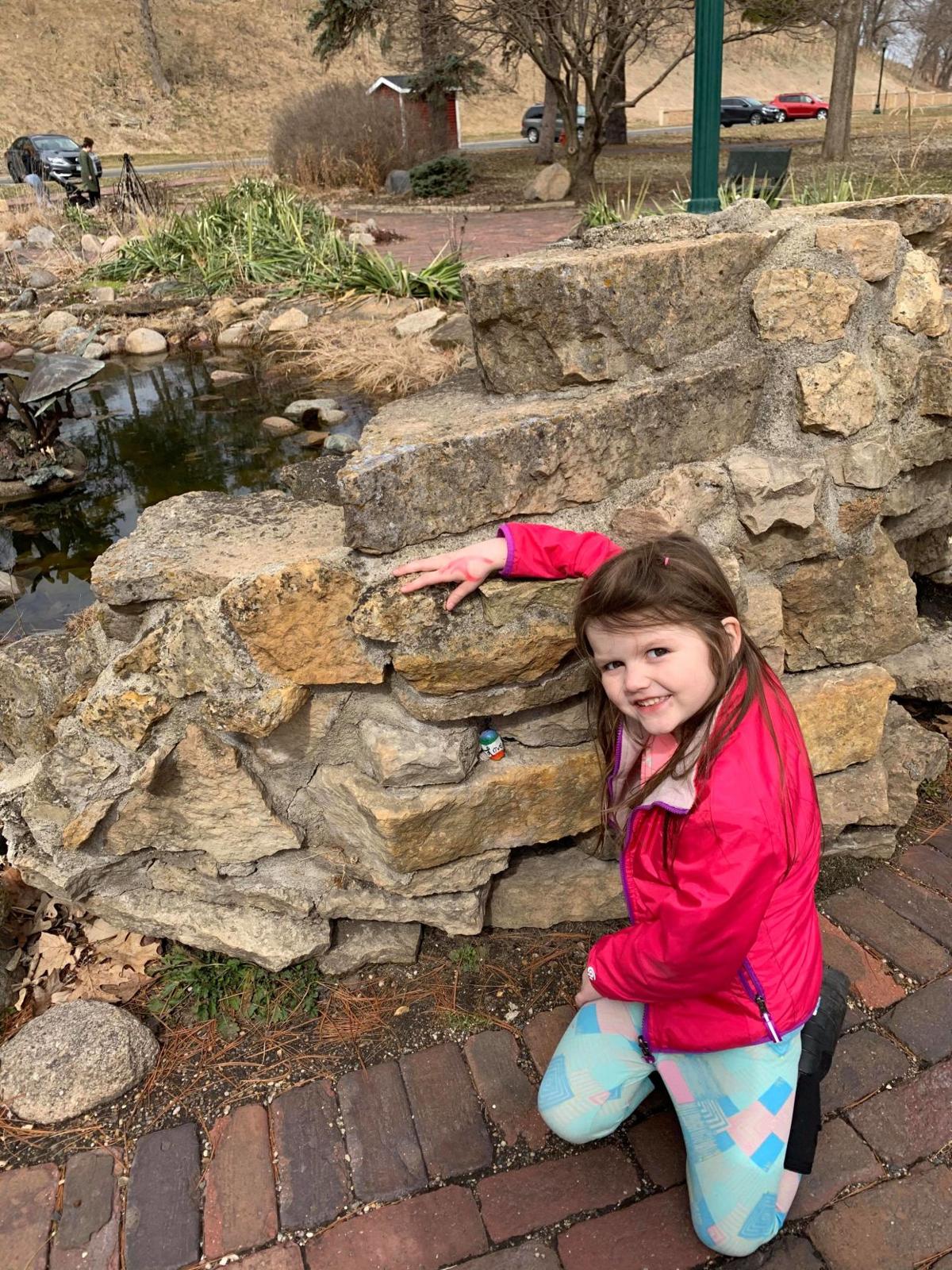 Brooklynn Linde, 5, demonstrates where she left a rock in the area.

This image shows a few of the rocks Laura Doyen and her kids made. Some rocks are wacky and others contain inspirational messages.

Jessica and her daughter Brooklynn have painted many rocks in the last few weeks. They leave them on trails and parks while they're out and about.

Brooklynn Linde, 5, demonstrates where she left a rock in the area.

Brooklynn Linde was the catalyst in the Linde household to start painting rocks.

Jessica, the 5-year-old’s mom, says the Linde household has always been crafty — now more than ever.

“Once quarantine hit, I said ‘Let’s find something creative to do,'” Linde said.

Busting out the acrylic paints, they’d decorate toilet paper rolls, windows and anything that was paintable.

Then Linde remembered: A few months ago, Laura Doyen, owner of Design and Wine, invited Linde to the Facebook group Mankato MN Rocks.

Linde suggested the project — painting rocks — to her children.

“The kids thought I was crazy,” Linde said. “I said ‘Let’s go to the yard and find some rocks’ and they were like ‘WHAT!’”

Linde encouraged her kids, including Brooklynn, to find a rock that spoke to them. They’d find silly shapes and began creating their little rocks to stash around the Mankato area for others to find.

Now ... they're in need of some more acrylic paint.

Doyen began Mankato MN Rocks in October 2019, which was inspired by her biannual trip to Duluth with her kids.

“We always would go down to the beach and look for rocks with my cousin,” Doyen said.

That’s where they found a painted rock, branded with Duluth’s rock hunting group. Her cousin said the group had been leaving painted rocks for people to find. One rock had even made it over to another country, according to Duluth’s rock group’s Facebook.

“How cool would that be? To see how far a rock travels?” Doyen asked.

She researched Facebook to see if Mankato had begun a group similar to the one in Duluth. Finding none, she started a rock painting activity in Mankato.

To begin the project, Doyen and her kids painted all kinds of rocks — some in dinosaur shapes, others with motivating words and some with bright colors. After painting — and sealing the rocks, to prevent from chipping — they began to lay the rocks around town. They branded each one with “FB: MankatoMNRocks,” in hopes that the little rock would one day find itself far away from home and be posted onto the Facebook group. After hiding the painted gems, Doyen invited patrons and friends to the group to hunt for the rocks.

They put some across the street from Design & Wine, some in Sibley Park, some in the trails of Mankato and one in NaKato’s flower box.

Doyen’s kids were concerned the rock had vanished during the process of Christmas decorations going up at the NaKato, but just last week, someone recovered the rock.

“They were so happy when someone found it,” Doyen said. “And someone put it in Eagle Lake. … That rocks!”

Doyen has approved a few new members to the group recently during the shelter-in-place order. She believes that the new group members found the group on Facebook organically from finding rocks in the area. The branding on the back of the rock was key.

“All of a sudden, it’s taking off like we intended it to,” Doyen said.

Now, more than ever, people are heading outside to walk or bike with their kids. More foot traffic in town has given the rocks a better opportunity to be found. With that in mind, this project gives parents a way to make those trips outside even more fun.

“Make it a fun treasure hunt,” Doyen said. “It has a lot of appeal to the parents and to the kids. … ‘Let’s go see if we can get some rocks.’”

It’s especially hard for the littler ones who want to play on the playgrounds but can’t, much like Brooklynn. Painting rocks has given them an excuse to go out — without playgrounds — and making it fun.

And having people find their rocks, like Brooklynn’s, is exhilarating for the kids, too.

“We’ve seen three or four people post pictures of the rocks we made,” Linde said. “Most recently, a little girl riding a bike found one and it made her day.”

Linde showed Brooklynn the picture of the girl with her rock.

“She looks like me!” Brooklynn said to her mom.

After showing Brooklynn that someone had found her rock, she asks her mom daily to check in on the group to see if anyone else has found a rock.

It was painted with flowers and the word "Hope" on it.

“Brooklynn said I needed to make it bright,” Linde said. “It makes (people’s) day a little bit better, and that’s the goal.”

Anyone can participate. Just pick out some rocks, paint them and put "FB MankatMNRocks" on the back of the rock so others can join in on the group. Make sure to seal the rock with a sealant or a clear nail polish coat.