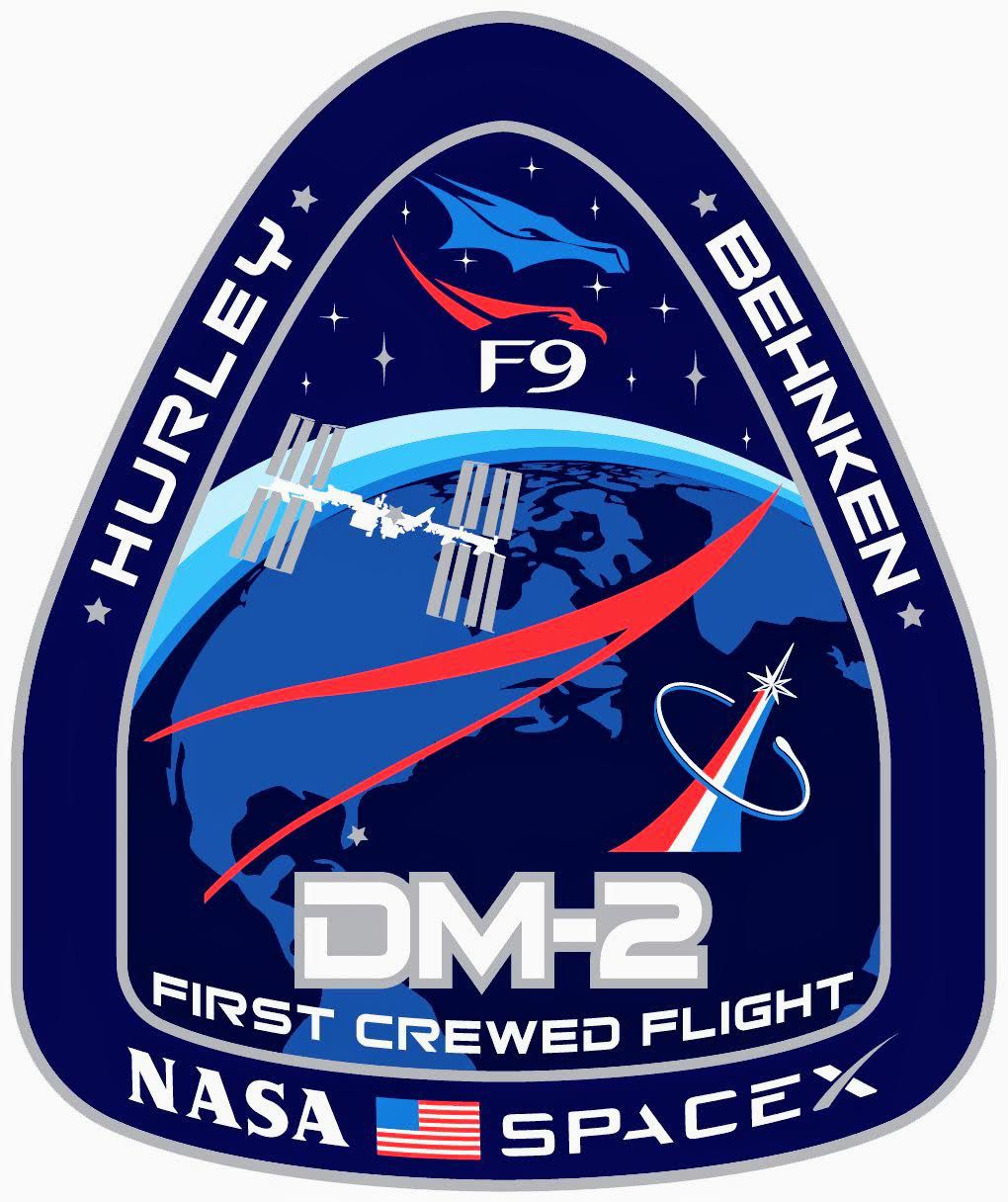 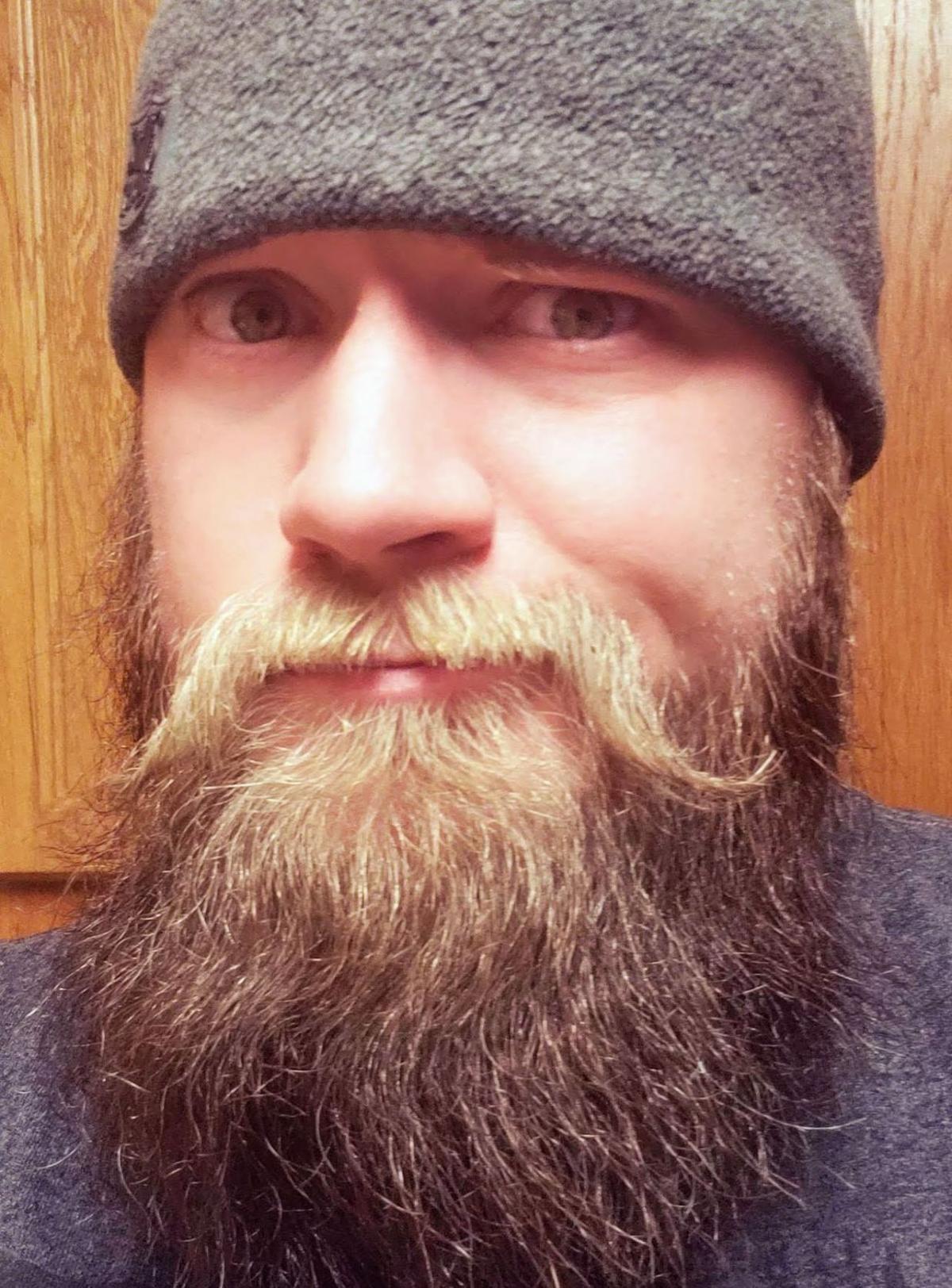 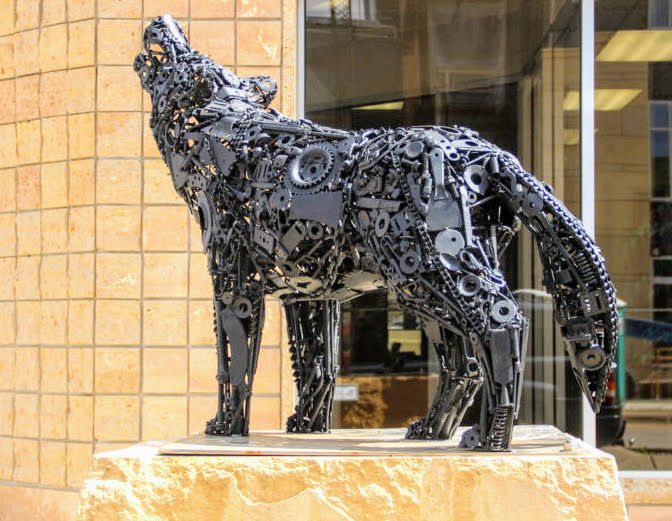 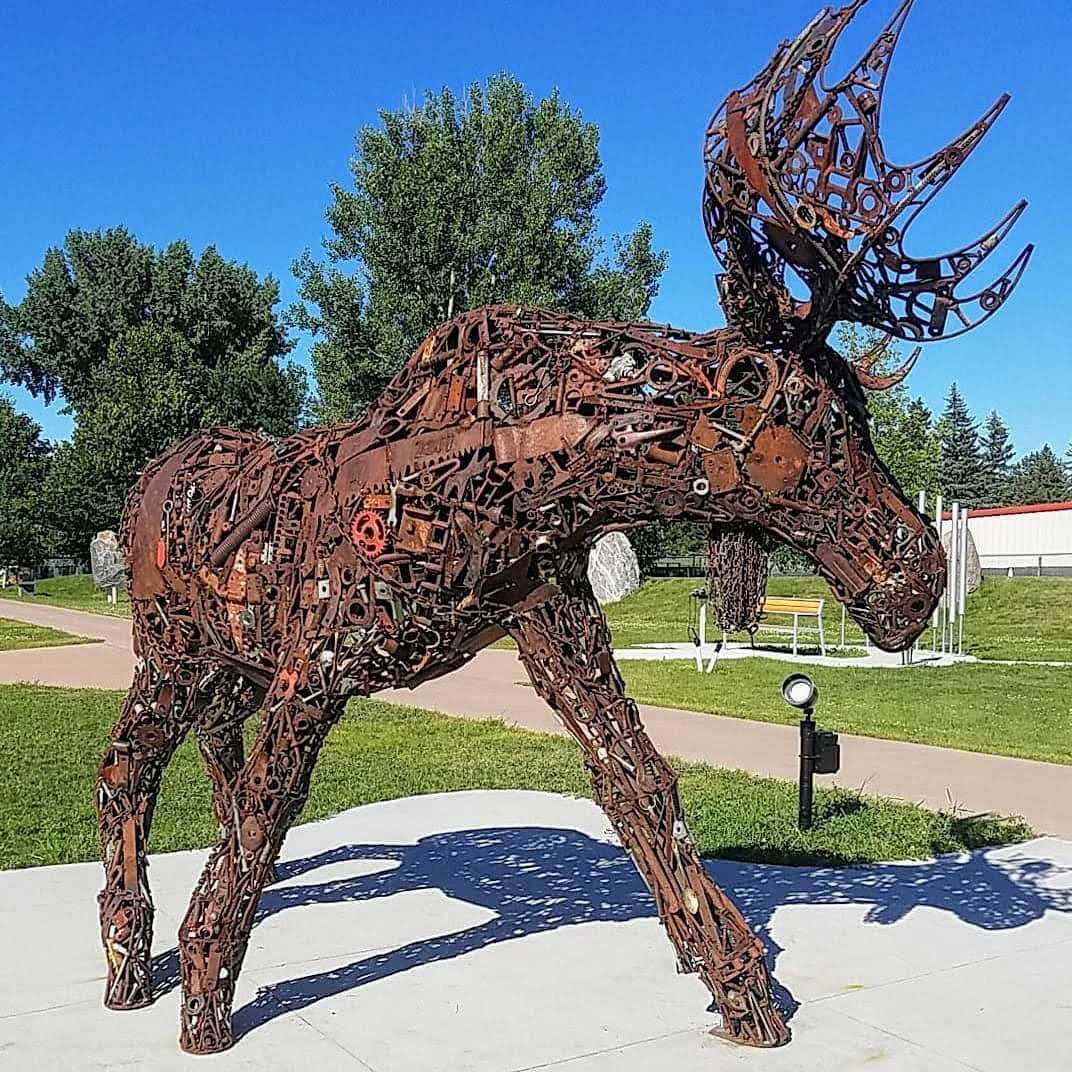 Artist Andrew Nyberg’s work soon will be out of this world. Literally.

Nyberg —who is originally from Mankato but now resides in Brainerd — was asked to design the official patch for an upcoming mission by NASA and SpaceX to the International Space Station.

Nyberg, a graduate of South Central College, is a professional graphic artist whose work you’ve probably already seen if you’re a fan of Mankato’s downtown sculpture tour. But this latest development could launch his career to infinity and beyond.

OK, enough with the jokes. Here’s our interview with Andrew.

We asked Nyberg to tell a little bit more about his work and how he was chosen to design that spacey patch.

The Free Press: Tell us how you got tapped to design this patch?

Andrew Nyberg: My uncle, Douglas Hurley, is one of the astronauts assigned to DM2 (Demonstration Mission 2) which will be the first manned mission aboard a U.S.-built craft to the International Space Station since the retirement of the Space Shuttle. He was also the pilot of the very last shuttle mission that retired the program. He is married to my aunt, Karen Nyberg, who is also a NASA astronaut and has had two missions aboard the ISS. Once on Space Shuttle Discovery in 2008 and another six-month mission during Exp. 36 and 37, which flew on the Russian Soyuz.

When Karen was going on her second mission, she commissioned me to create a patch for her mission. The patch was designed and was even printed and ready for their trip. At the last minute the commander for the mission changed. The commander has the final say in the mission patch design and went with one of his own artists. So my design got tabled. However, it wasn’t before they had already printed a bunch. So I at least got a few of those created patches and Karen did fly it alongside their official patch on the ISS. There is a version of it aboard the ISS to this day.

When Doug got assigned to fly aboard the Dragon Capsule, he asked me if I would be willing to create their mission patch. Of course I accepted.

FP: Were there several drafts that had to be approved by NASA/Space X or was your original creation the one that was ultimately accepted?

AN: Yes. With most design work, we tend to go through a few different variations before the final design is accepted. They were actually very easy to work with and picked one of four different versions I had given them. From there it was fine-tuned to add all of the finer details required for the mission patch.

FP: Walk us through the design. There’s a lot going on here and it seems like every thing in it symbolizes or references something that might not be apparent to people who don’t know the story.

AN: There is quite a lot, indeed. We did have a lot of stuff we needed to include on the patch and I tried my best to be as creative as possible when presenting all of the elements.

Some people may ask where the clover is hidden. SpaceX has a long tradition of including a four-leaf clover in all of their patch designs. The clover tradition began after the successful orbital launch of any privately funded and developed rocket which occurred on Sept. 28, 2008. I remind them that this is a patch for NASA’s commercial crew program. SpaceX will most likely have their own mission patch as well.

FP: Do you do a lot of commission work like this?

AN: I sure do! I have had the honor of doing a lot of commissioned work for various people and businesses around the Mankato area, including some of the local colleges and schools in the area.

FP: Does something like this with high visibility give the artist any kind of boost? Will you get more work because of this?

AN: I certainly hope so! I’ve already had a few inquiries about some business logos and other projects.

FP: Tell us about your other work. Didn’t you have a piece in the Walking Sculpture Tour?

AN: I have done quite a few large projects while working for companies like SPX Sports in Mankato. Walking through MSU or either West or East High School and you can see many of the projects I helped with when I was a part of their team (large wall murals or over-sized banners and graphics). This was also eight years ago so many of those things may have been replaced by now. The wall graphics in the Myers Field House at MSU is one of the largest projects that comes to mind.

I have also done work for Z99 in town. I designed the wrap on their Punisher parade vehicle as well as the large white and black truck you may see at Rockin’ Ronny’s.

I’m a graphic designer by trade. But overall I just like to refer to myself as an artist. My grandfather, Ken Nyberg, is pretty well known for his larger-than-life sculptures that dot the roadside in central and northern Minnesota, many of which can be seen at NybergSculptures.com or our Facebook page by the same name.

So, following in my grandfather’s footsteps, I started creating some sculptures of my own using scavenged metal objects. I have a wolf titled The Cog of the Wild on display in the Mankato art walk and can be seen on the corner of Main and Second streets. (Editor’s note: The Cog of the Wild was just named the People’s Choice winner on this year’s tour. That means the sculpture remains in the community permanently.)

The largest of my sculptures is on display at the Chahinkapa Zoo in Wahpeton, North Dakota. It is a life-sized moose made similarly to the wolf, with random metal objects welded together over a wire frame.

FP: Is creating art your full-time job or do you have a different 9-5?

AN: I am currently working as a graphic designer for Mills Automotive Group in Brainerd. Graphic design is art.

So, yes, creating art is my full-time job.