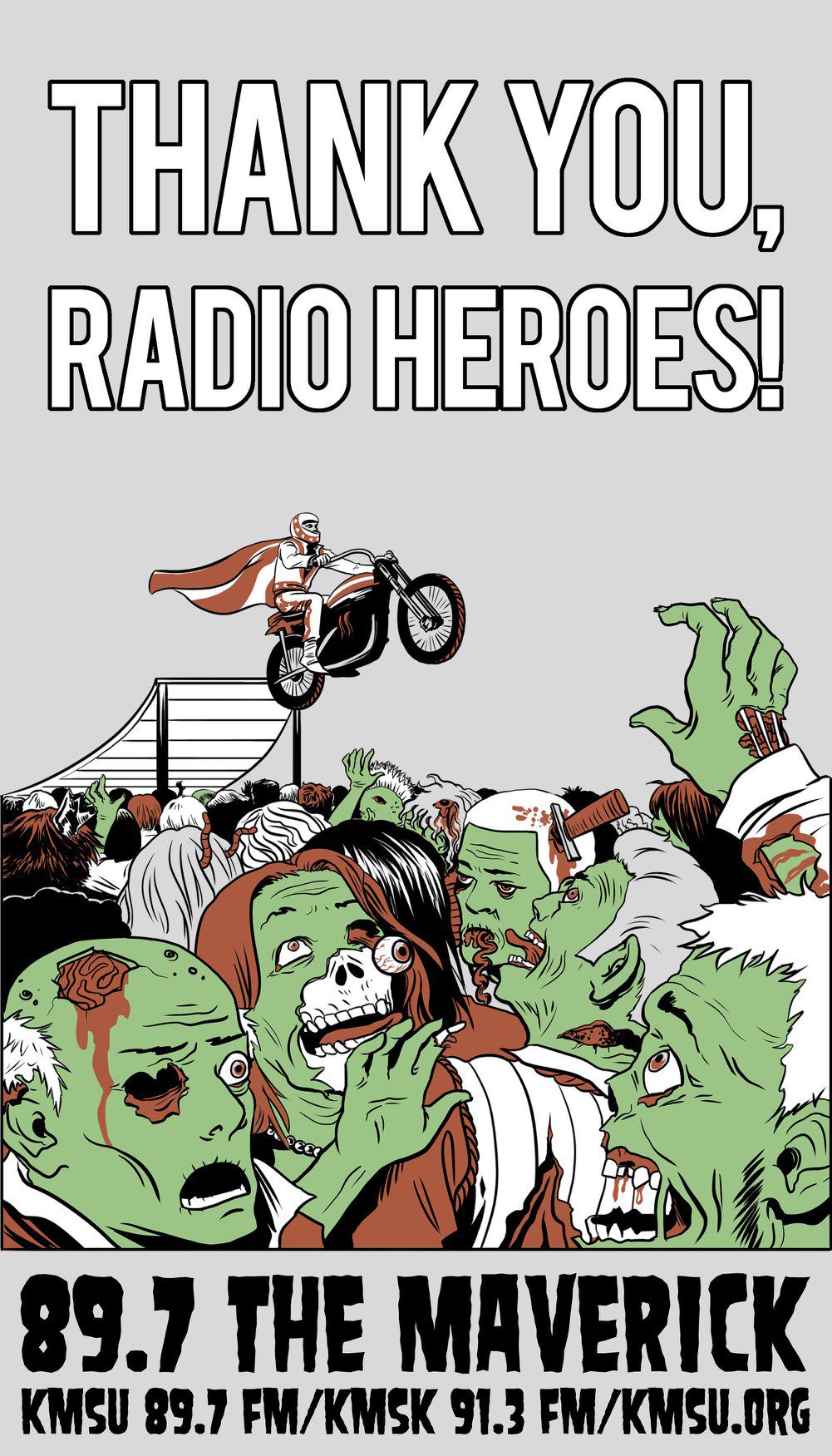 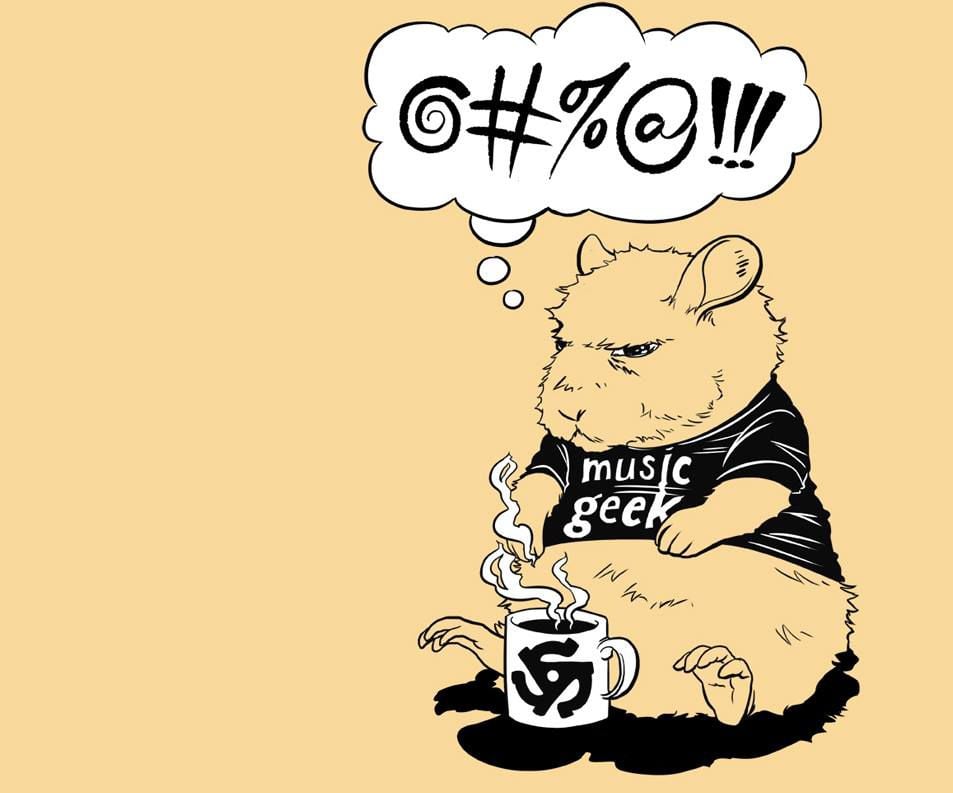 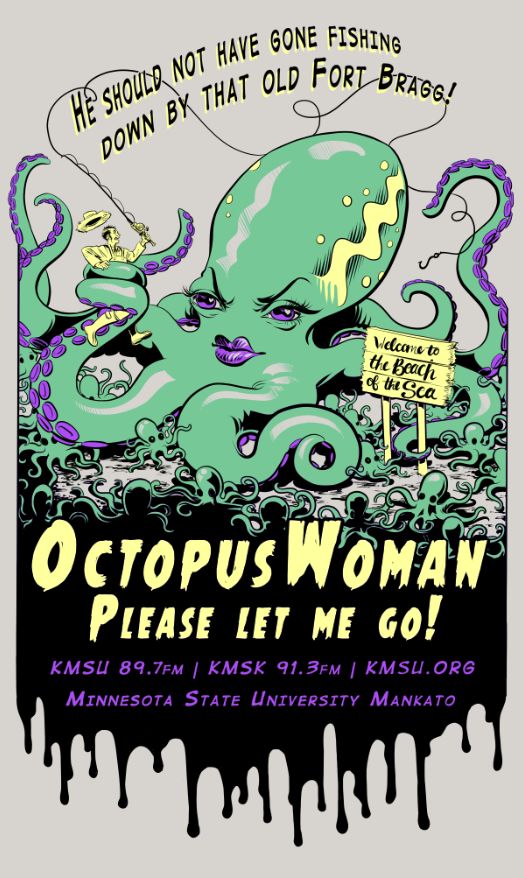 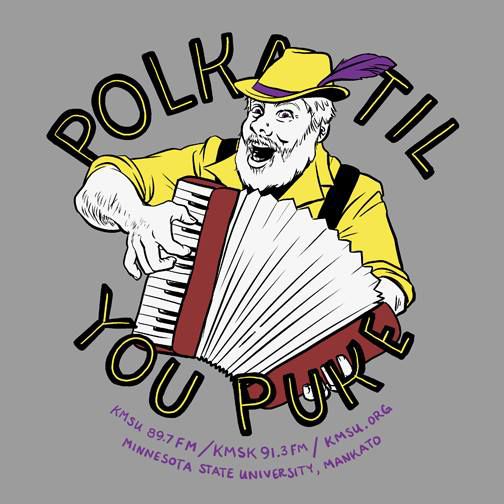 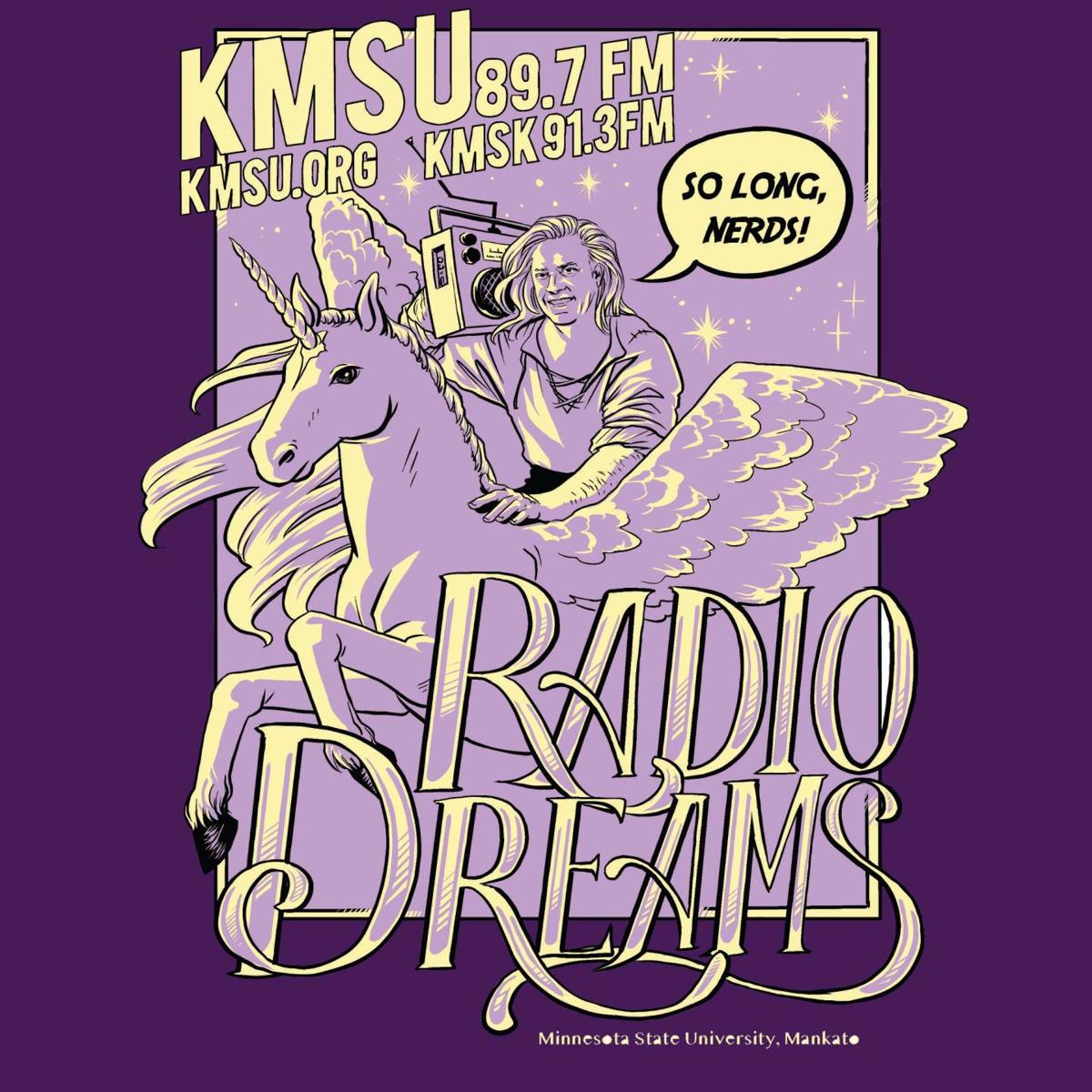 Kat Baumann has been designing T-shirts for KMSU pledge drives since 2015.

Evel Knievel jumping a motorcycle over a pit of zombies. An octopus woman wrapping her arms around a terrified fisherman on the beach.

Baumann came into the KMSU radar when she was a cake decorator at Hilltop Hy-Vee several years ago. She and Shelley Pierce — co-host of "Shuffle Function," KMSU’s morning show — worked together in the bakery there and struck up a friendship. Impressed with Baumann’s artistic ability, Pierce proposed the Evel Knievel concept on a T-shirt as a gift to listeners donating for the spring pledge drive.

“Shelley came to her with this general idea and drew a stick figure drawing of what she was thinking,” said Tim Lind, Pierce’s co-host for Shuffle Function.

Baumann took that concept and ran with it. When she shared the drawing with Pierce and Lind, they were immediately impressed, and listeners loved it.

“The great thing about Kaitlyn is you can give her just a kernel of an idea and she’ll take it and make it a million times more amazing than you could ever think of,” Lind said. “Listeners went crazy for it. People still talk about that shirt. She’s been a huge part of KMSU’s visual identity ever since.”

Baumann, who now makes a living as a freelance artist — which includes work for Mankato Magazine — said she’s always giddy when Lind and Pierce approach her each spring with a new idea for a T-shirt. Since she began, she’s made close to 10 of them.

“I love doing their shirts because they get so weird with it,” Baumann said. “It’s a really fun creative rapport. They’ll usually shoot me an idea. I’ll make a couple sketches and send them back to them.”

Each year, the shirts take on a different theme, sometimes related to the music content on Shuffle Function, a show whose hosts are known for their fixation with musical oddities. For May’s pledge drive, which ended last Friday, Baumann designed a shirt based on the Dick Kent song, “Octopus Woman Let Me Go,” a well-known staple to longtime listeners.

“It’s this ridiculous song about this guy being lured to the beach by this octopus woman and her many children,” Baumann said. “One of my additions was making the top of the octopus woman’s head look like the Bride of Frankenstein’s hair, which was fun.”

Lind said the most recent T-shirt has been especially popular. Ever since Baumann began doing illustrations for them, they’ve had to re-order shirts to meet the growing demand, distributing over 200 to members for each pledge drive.

Three weeks ago, when the Shuffle Function hosts unveiled the design during a virtual happy hour for the station’s DJ’s, the strong reaction was immediate.

“The second we flashed the image on the screen, everybody just erupted,” Lind said. “We knew the listeners would go crazy for it even if they didn’t know the song.”

Last year, when former General Manager Jim “Gully” Gullickson retired from KMSU, Lind and Pierce designed a T-shirt just for him. They had the idea — they just needed Baumann to work her magic, as Pierce recalled.

“We went to Kaitlyn with, ‘could you draw a picture of Gully looking like Fabio riding a flying unicorn with rainbows and he’s holding a boombox?’”

“And then have a voice bubble that said, ‘so long nerds,’” Lind added.

Baumann said she’ll take those suggestions and add other elements they’ll enjoy, knowing their style and what they like to put out as a radio station. Sometimes the ideas Pierce and Lind propose are just a basic concept, other times those requests can get very detailed.

“In one instance Tim gave me very specific instructions, like ‘here’s this conceptual character who is a hamster who takes our text requests,’” Baumann said. “I did the ‘Polka ‘Til You Puke’ shirt, which is just this crazy man with an accordion having a good time.”

For the fall 2019 pledge drive, she did the ‘goats in coats on boats with stoats drinking root beer floats tote,’ said Lind. “That was a masterpiece too.”

The T-shirts pair well with Baumann’s style. She gravitated towards drawing as a child, went to the Perpich Center for Arts Education in Golden Valley for high school studying visual art. By the time she graduated from Bethany Lutheran College in Mankato with a degree in visual arts, she knew she wanted to be a comic book and graphic novel artist.

With thousands of her shirts out there, Baumann said it’s not uncommon to see people wearing them around town — a sign of their popularity, but also of the local support for KMSU, a station she said is now more important than ever.

“It’s one of the many things that make Mankato such a cool place to live,” Baumann said. “Especially with the times being what they are right now, it’s wonderful to see the community rally behind them.”