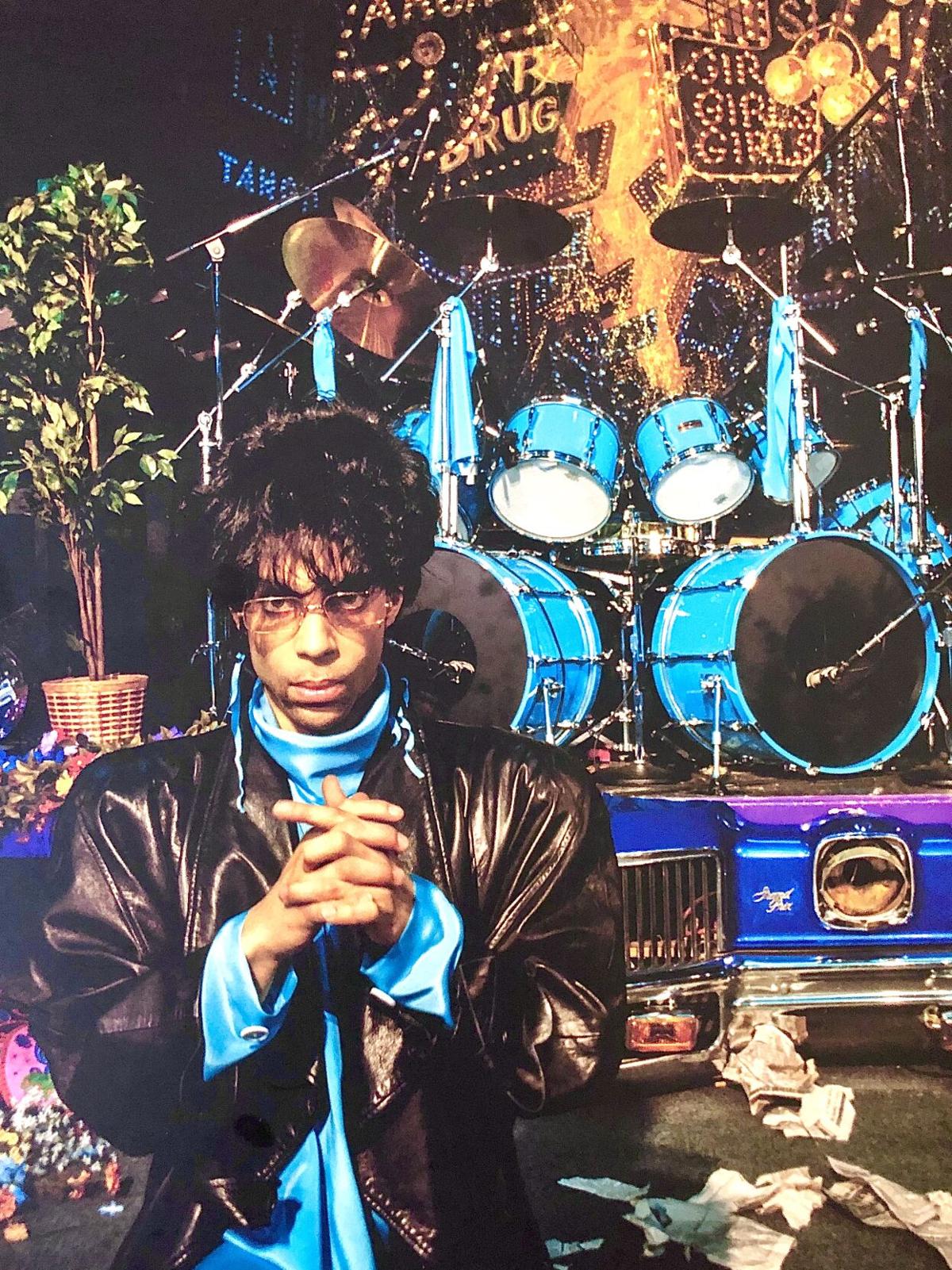 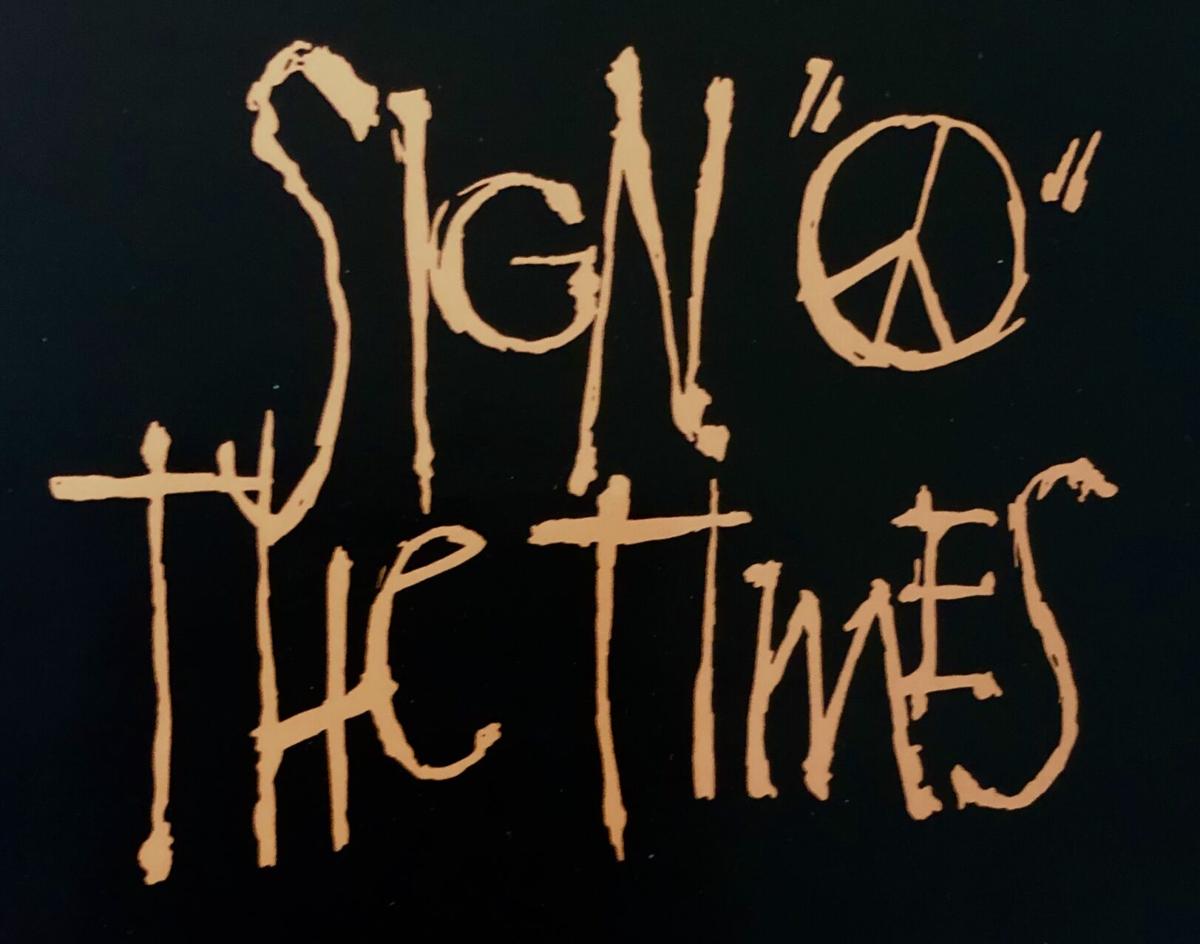 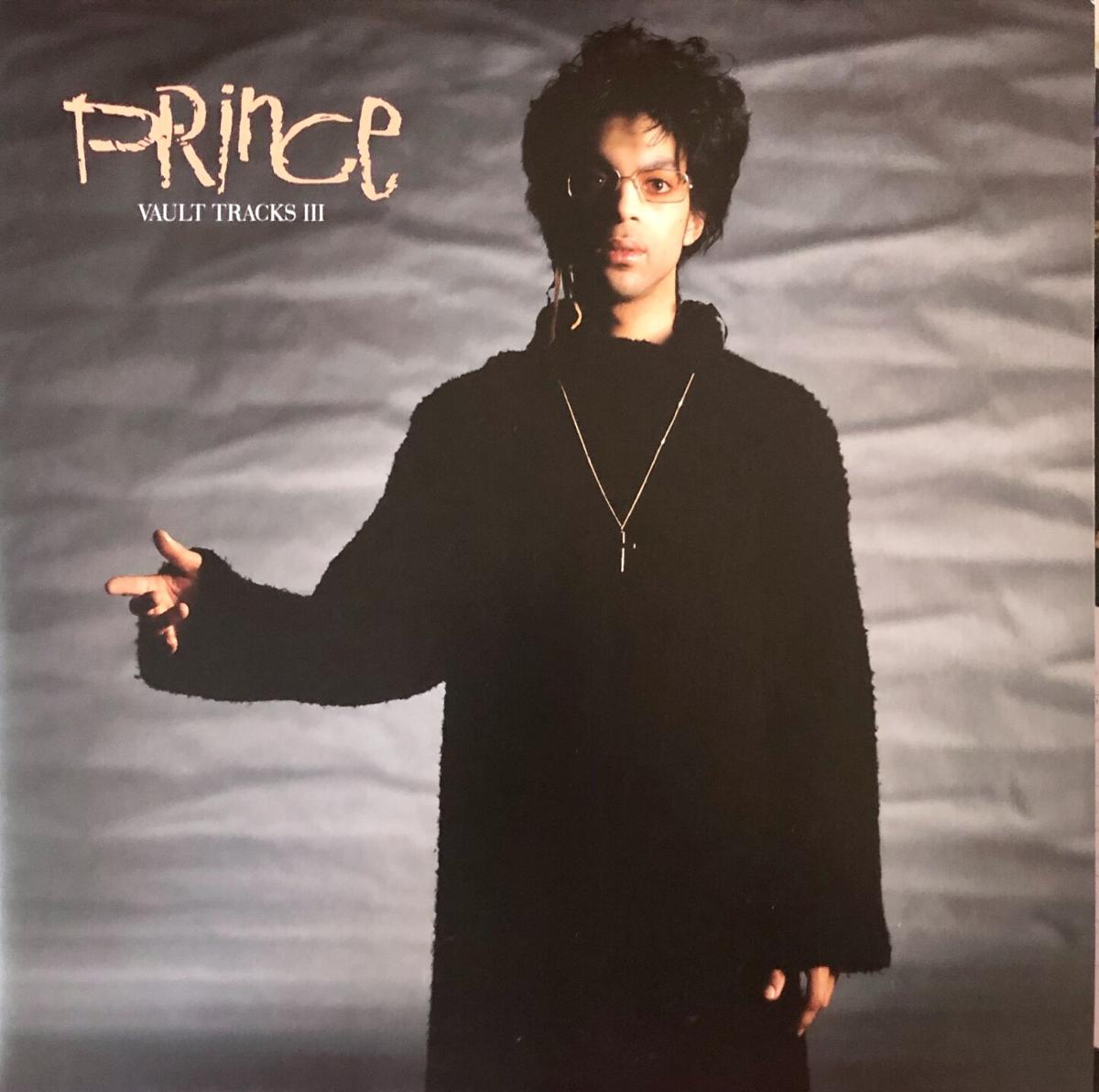 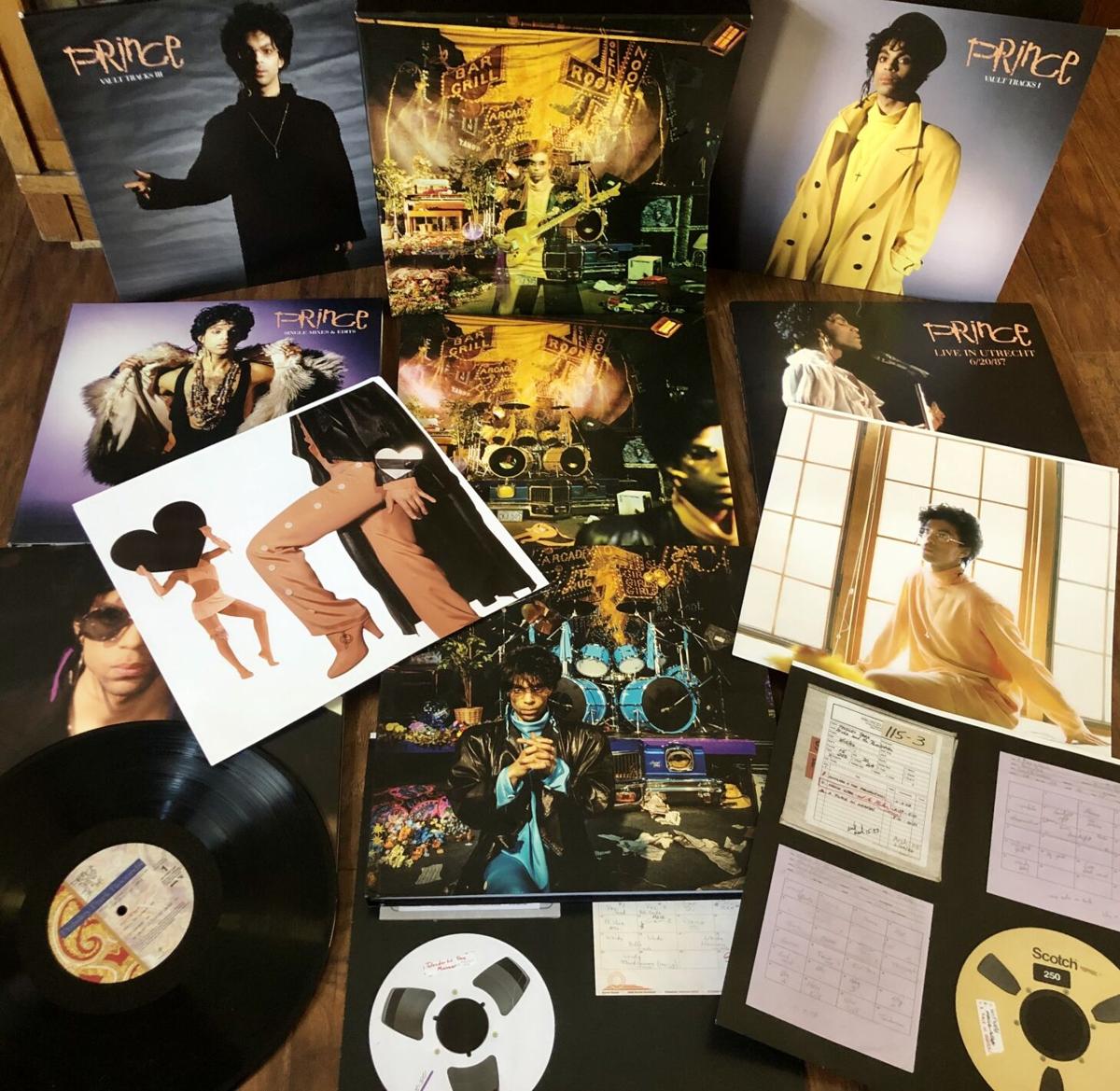 The new “Sign of the Times” Remastered Super Deluxe Edition includes 13 LPs, new liner notes and a DVD copy of a 1987 concert at Paisley Park. 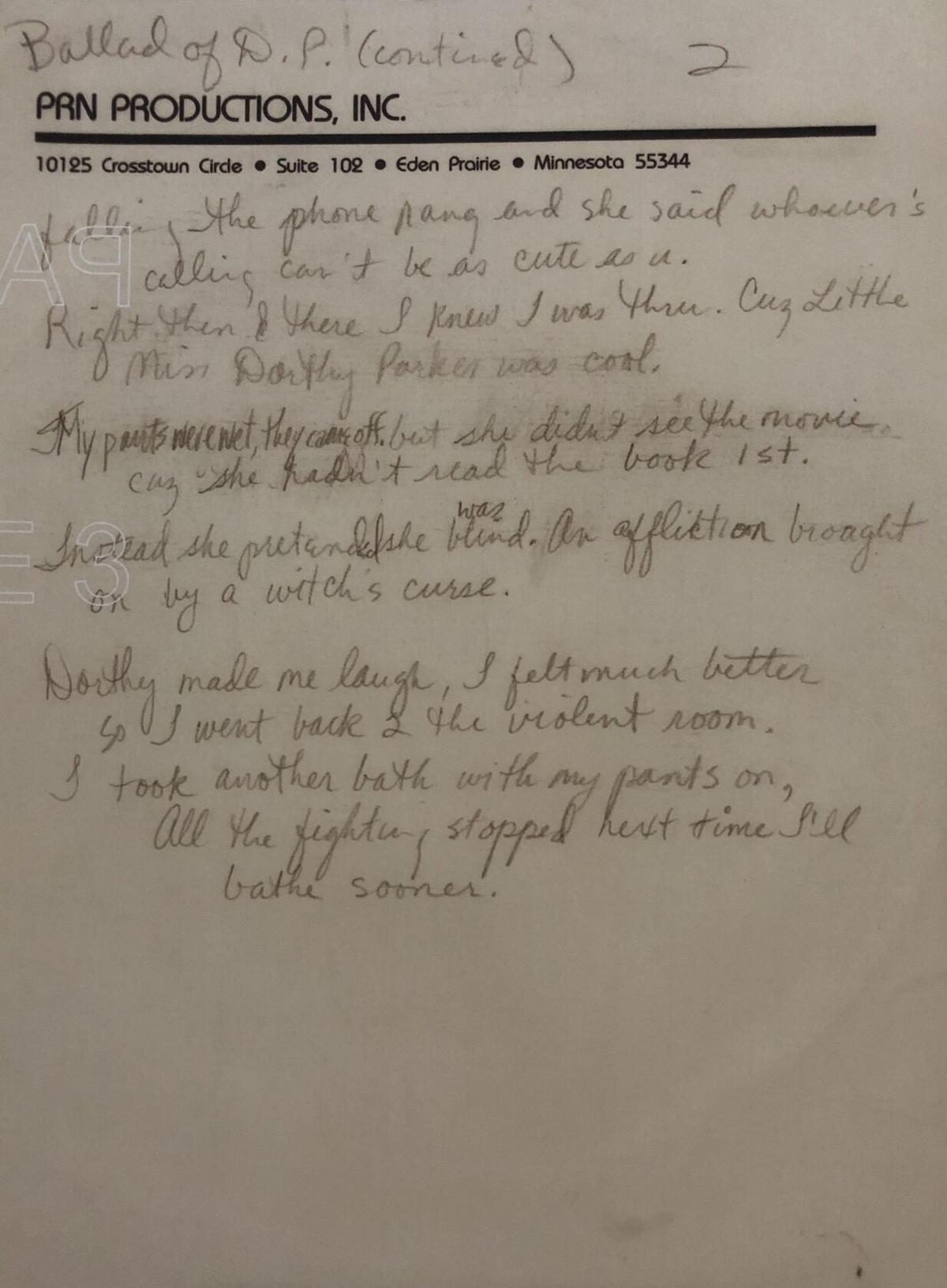 The new “Sign of the Times” Remastered Super Deluxe Edition includes 13 LPs, new liner notes and a DVD copy of a 1987 concert at Paisley Park.

Prince’s prolificness as an artist is legendary. His vault is said to be filled with hundreds, maybe thousands, of recordings that likely will never see the light of day. When most people would sleep, Prince would be awake writing music, laying down guitar solos or pounding on drums.

His creative output was at a fever pitch in the mid-1980s when he was getting ready to record his new album. When he was done, he’d had what he thought was a finished product: a three-LP behemoth.

But when the executives at his record label gave it a listen, something didn’t feel right. While the work was fantastic, they thought it was just … too long. He needed to cut it down to two, they decided.

(This story is recounted in a podcast hosted by Andrea Swensson about the making of “Sign of the Times,” which you should listen to because it’s exceptionally well done.)

Prince reportedly called one of those executives and said, “I hear you don’t like my album.” The nervous executive assured Prince that wasn’t true. He said he merely thought the album would benefit from Prince’s keen editing eye, and that it would be a stronger collection if whittled down to two LPs.

In a huff, Prince, for perhaps the first time in his life, did as he was told.

The result was what many consider to be one of the greatest double albums of all time. “Sign of the Times” is Prince’s opus, his masterpiece. It was the most ambitious, wide-ranging and courageously creative output. For a man who spent a lifetime chasing perfection and demanding it from others, “Sign of the Times” was the closest he’d ever get.

And this box set released last week, more than 30 years after the album’s initial 1987 release, gives plenty of insight into how the album got that way. It includes 13 LPs with 45 previously unreleased songs, one DVD of a previously unreleased New Year’s Eve concert at Paisley Park, and a lush hardcover book with hundreds of photos, essays and images of original hand-written scrawlings of song lyrics.

It’s a lot. A lot to take in, a lot to listen to, a lot to try to wrap your head around.

But in the end, the listener is left having experienced a new side of Prince: Prince the editor, Prince the decision maker, Prince the more mature overseer of content.

And let’s not forget that all of this was happening as Prince was surrounded by chaos. He was transitioning from The Revolution to his new band, The New Power Generation; he was simultaneously working on several different albums and with several different bands; his engagement to Susannah Melvoin had ended. Still, in midst of it all (perhaps because of it), he produced his finest work.

Not everything in this voluminous box set is gold. There are some tracks that leave you sort of “meh,” some tracks make you wonder if someone was trying to fill space on an overly ambitious box set LP count (sound familiar?).

On the other hand, there are plenty of songs you’ll hear and regret not having had the chance to love for the last 30 years. You’ll hear a live recording of a concert in the Netherlands and newly lament his passing. And you’ll listen to alternative versions of songs that did make the cut and marvel at the master’s ability to know what story he’s telling and how he should tell it.

Without a doubt, the star of the show in this box set is the new material. Since his untimely death, Prince fans have badly wanted the keys to his vault. If we can’t have the man among us, at least give us the art he created, right?

Well, publishing rights and estate concerns (justifiably so) meant they were never going to simply open the vault and let people have at it. But a reasonable trickle would have been nice. It seems like it has taken longer than it should for some of this stuff to see the light of day. But I get it; the machinations of estate settlement are fraught and weird. We just had to wait.

And now they’ve dumped the mother lode on us, and good Lord is it ever a treasure.

With so much new stuff here, a careful critique of it all isn’t possible for me without more time. Plus, it’s already on Spotify so you can listen to it all for free if you’re a subscriber. But I’d like to point out a few gems.

There are two versions of “Witness for the Prosecution.” One’s a banger, one’s not. The good — a funky groove with a slight sampling of KC and the Sunshine Band’s “That’s the Way (I like it)” — is definitely a keeper, and its vibe fits more with “Sign of the Times” than any other album (although I think an argument can be made for including it on “The Black Album”). It’s a soulful romp with characteristic guitar work, female backing vocals and a heavy, deep bass line.

In “Blanche,” Prince says, “This is a song about a girl named Blanche and dude named Stanley.” He then dips into a steady stream of jangly, repetitive, funky guitar riffs.

“La La La, He, He, Hee (Highly Explosive)” continues the guitar-based funk edge that colors so much of this period of his work. In fact, you’d be hard-pressed to find another Prince album where so much of the sound is built around his guitar. It’s a beautiful progression. No one plays like Prince.

“Power Fantastic (Live in Studio)” is notable mostly for the “caught on tape” nature of the opening 45 seconds, where Prince instructs his bandmates.

“Bobby? Everybody ready?” Prince says to his bandmates in the studio. “OK, listen, we’re gonna start with the piano. We’re gonna tune up, and we’re gonna slowly, surely, all within a minute we’re gonna get quiet and then we’re gonna just build and build and build until we’re just making loud, fast noise, OK? And then I’m gonna go ‘shhhhhh,’ and then just bring it down. OK? And then it all kind of winds down real quickly, and then Lisa will start. OK, starting with piano. OK, ready? And just trip. There are no mistakes this time. This is the fun track. Might not be the one we keep, but just have fun with it. Play anything you want.”

What may be even more telling about Prince’s creative process, though, are the alternative versions of songs that made it onto “Sign of the Times.” And nowhere is there a better example of that than the song “The Ballad of Dorothy Parker.”

The version we all know is well known for its story and stripped down, almost muffled tone. Prince didn’t often create this way, so when he did, it was something to stop and notice. “Dorothy” is a fan favorite because you can follow the story of a chance meeting with a beautiful waitress in a diner.

This alternative version is extraordinary because of the inclusion of a horn section. It takes the original to a newer, higher, jazzier place … but not necessarily a better place.

The horns are so good they distract you from what was so subtly beautiful about the original. In fact, the original “Dorothy” was one of the few times Prince’s words, not his guitar, were the star of the show. While adding the horns may make the song better for live performances, they would have buried the wonder of Prince’s storytelling. Prince, in choosing the stripped-down version, chose wisely.

In the alternative version of “Forever in my Life,” a strange thing happens. The song is performed in a different key, and its opening notes feel off-putting. But once he gets beyond those opening notes, the new key treatment transcends the version included on the original album. It makes you wonder if Prince thought the same and simply couldn’t resolve that quandary. Besides, the album version is plenty good.

Not every song in this box set is a keeper.

“Wonderful Day” is destined to be a crowd pleaser, but in reality it’s kind of a hot mess. Sonically, it’s just too crowded. It lacks focus. It needed more work, more editing. Which he’s actually pretty good at. Remember, this is the man who gave us “When Doves Cry,” a super-stripped down perfect specimen of a song with essentially just drums and a few keyboards through the first two verses.

“Teacher Teacher” … Sounds on paper like it might possibly be right in Prince’s wheelhouse? But he doesn’t really pull it off. It’s just kind of forgettable.

And while there’s a nice little song on the box set called “A Place in Heaven,” there’s also a song called “Nevaeh Ni Ecalp A,” which is not. The latter is just the Prince vocal from the former played backward. He tried that trick on the “Purple Rain” album, with a curious little backward talk at the end of “Darling Nikki.” It was cute then. Unnecessary now.

Much has been made of the box set’s price tag. The deluxe version is about $300, which includes vinyl version of everything, the DVD and the book. Is it worth it? I don’t know.

If you’re a completist and the kind of music lover who insists on vinyl, I guess it’s just a matter of scraping together the cash and justifying the purchase. If you’re just about music and don’t care what form it comes in, save your money and listen on Spotify; $300 is a lot of money in a time when the unemployment rate is still high and COVID can still get you at any time.

Having said that, this box set is extraordinary. Pitchfork, the too-cool-for-school music website, gave it a rare 10 out 10, a rating reserved for only the coolest artists/albums. And I’d have to agree. Even with the few “meh” tracks, the amount of stunningly good new material here is something even a die-hard Prince fan will find surprising.