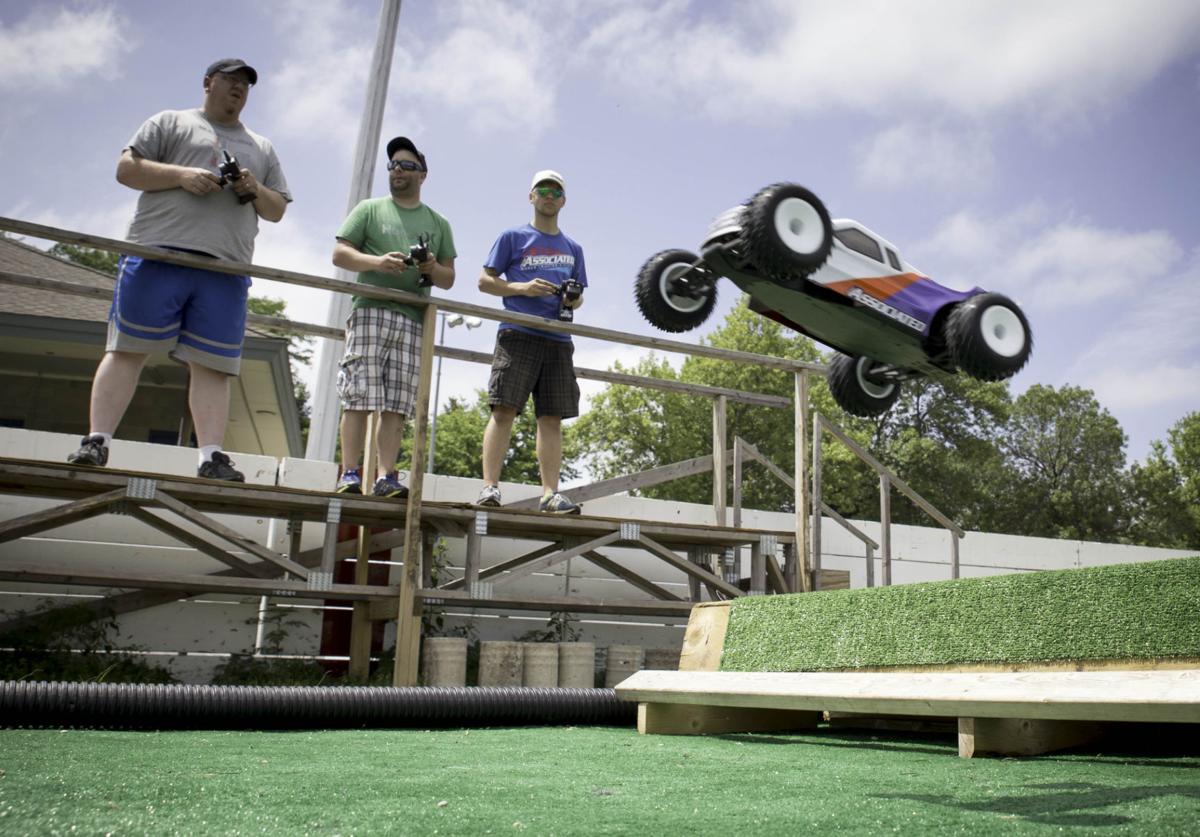 An RC car flies off of a ramp as the RC drivers concentrate on maneuvering their cars through a racetrack set up in an outdoor hockey arena at Veterans Memorial Park in St. Peter. Photo by Trevor Cokley 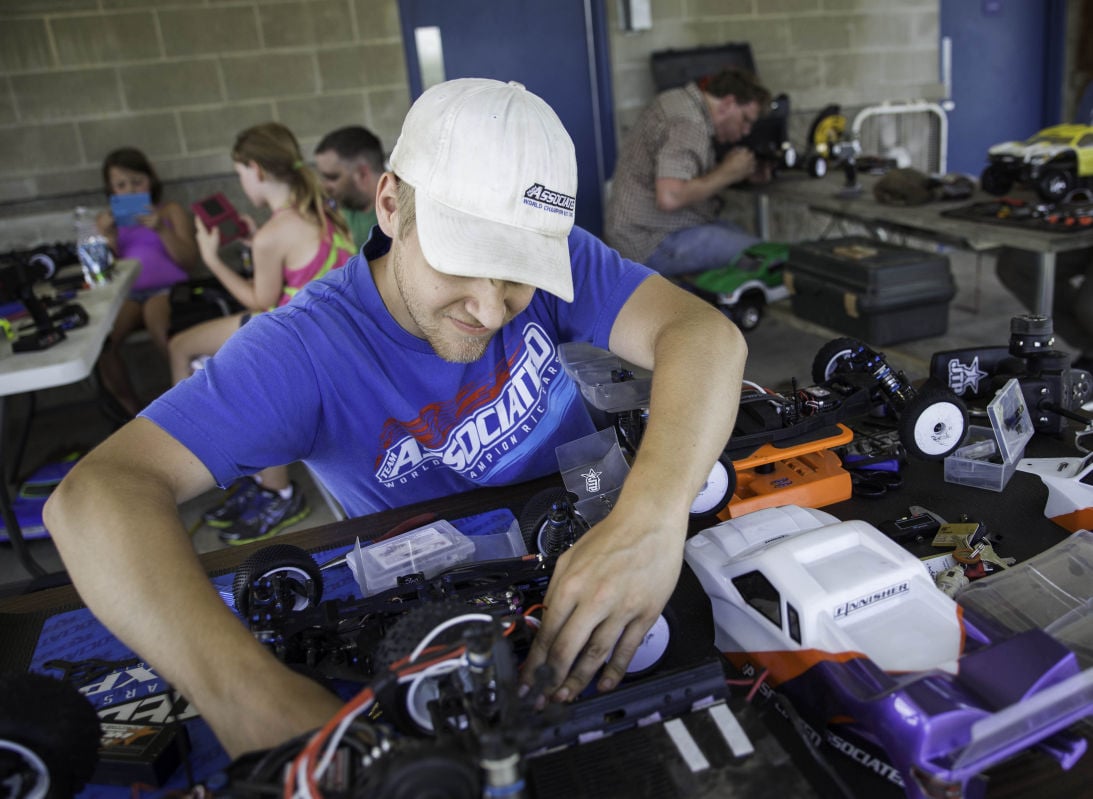 Joey Carlson from Orono works on replacing parts on his RC car shortly after an intense race on a small racetrack set up in an outdoor hockey arena at Veterans Memorial Park in St. Peter. Photo by Trevor Cokley

An RC car flies off of a ramp as the RC drivers concentrate on maneuvering their cars through a racetrack set up in an outdoor hockey arena at Veterans Memorial Park in St. Peter. Photo by Trevor Cokley

Joey Carlson from Orono works on replacing parts on his RC car shortly after an intense race on a small racetrack set up in an outdoor hockey arena at Veterans Memorial Park in St. Peter. Photo by Trevor Cokley

ST. PETER — Caleb Ward, 14, of St. Clair was with his family on a recent drive to St. Peter when they stopped to check out the rink action at Veteran's Park.

Several brightly-colored model cars played leap frog over each other as they sped around an Astro turf course.

For several hours on Sundays this summer, remote control, electric cars race around a track in a drained ice rink at the park.

Ward was impressed with the size of the track, its ramps and the computerized system used to time races.

“I've never formally raced. I have a plywood track at home. This is much better,” he said.

“I have three boys and they all have cars and they race with each other,” said Lisa Ward. Caleb is her oldest son.

“We don't know much about racing, I just know it can be expensive,” she joked.

Another set of brothers, the Schroers — John of Burnsville, Kevin of Bloomington and Steve of Worthington — are Sunday regulars at the Race Place. They meet in St. Peter to compete in races, and are willing to talk to newcomers about their hobby and to make recommendations for novices.

“You can't be afraid to hit one another's cars," Steve said. "The Slash model is really good for beginners. It is durable and has big bumpers.”

“There's a lot of different things to learn, like how things work together. There's gear ratios and what to do to prevent overheating,” John said.

The Schroers' father introduced them to RC racing, when they were young men living in Worthington.

Today's racers look for online deals on cars and inexpensive places to compete. In St. Peter, they pay $20 for each day they compete and a special price is available for families that race together. No cash prizes are awarded here. Competition and comradery is what draws RC aficionados to the park.

Competition continues into the winter months. Last year, racers set up a track in the Caledonia Curling Club facility at Mankato.

Minnesota State University student Joey Carlson, 21, of Orono, is a veteran who normally races in St. Louis Park on Fridays and Saturdays. He stopped in St. Peter to have an extra day on the tracks.

Throughout his racing career, he's seen changes in RC cars, which move in directions controlled by their operators at speeds that can reach up to 30 mph.

Carlson remembers times when signals meant for one racer were accidentally received by another. That problem has since been fixed.

“They would run off accidentally, the cars would just go flying,” he said.

The group is not just a “boys with toys” club. Women, girls and families are welcome to compete. Charles Burgess of St. Peter and his son, Cooper, and Yana, 14, have formed a team in the rookie class races.

Danielle Geistfeld of Mankato was the computer monitor on Sunday. She is an RC fan, but is not yet a racer.

Racer Marty Kilmer's daughters, Mackenzie, 8, and Cadence, 9, are race marshals. They put cars back on track when they overturn.

Their duties can be mildly hazardous.

“Once I got hit by cars twice in one day,” said Cadence.

Weiss founded the St. Peter race site last summer. This year, the city has allowed the track to remain in place between races.

"We really appreciate the city working with us to make this a multi-purpose site," he said.

Weiss likes racing remote-control cars because of the social aspect of sharing a hobby with others. He also likes the challenge of being under pressure during a race.

"And as I age, I like how it helps my hand-to-eye coordination. "It's really a bit of a puzzle to set up," Weiss said.