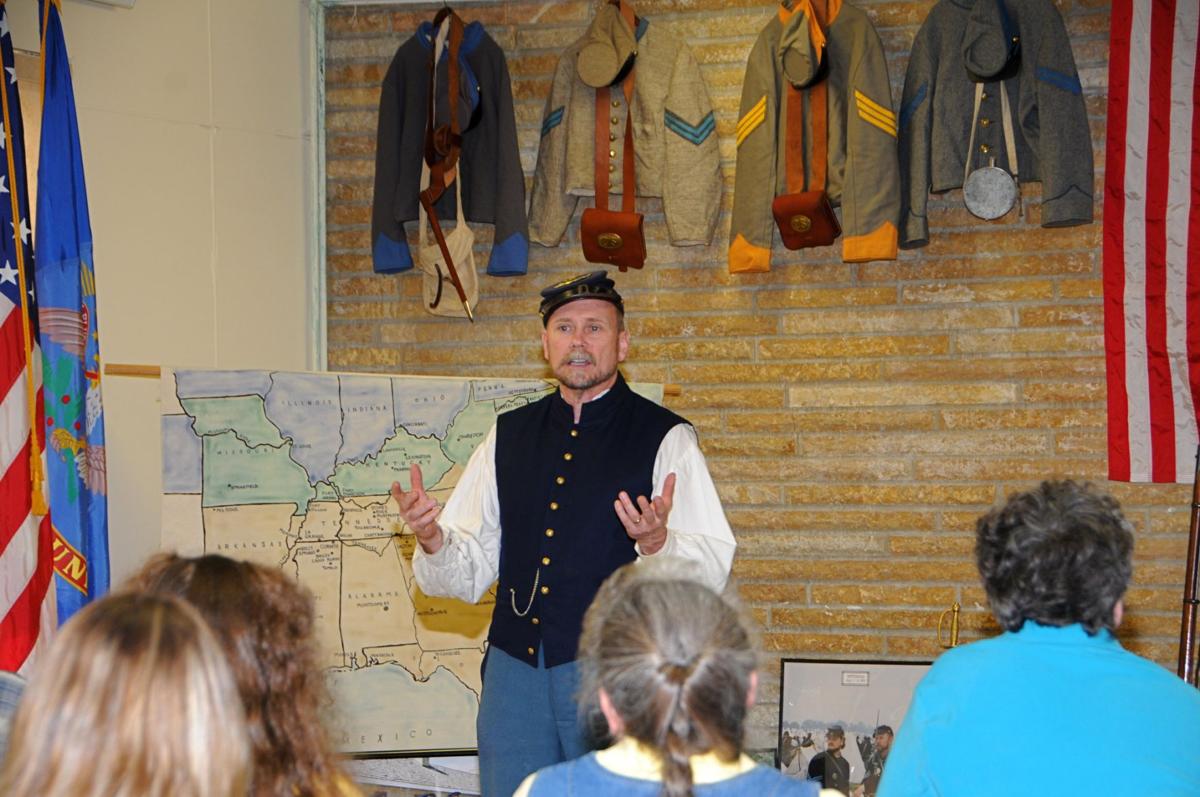 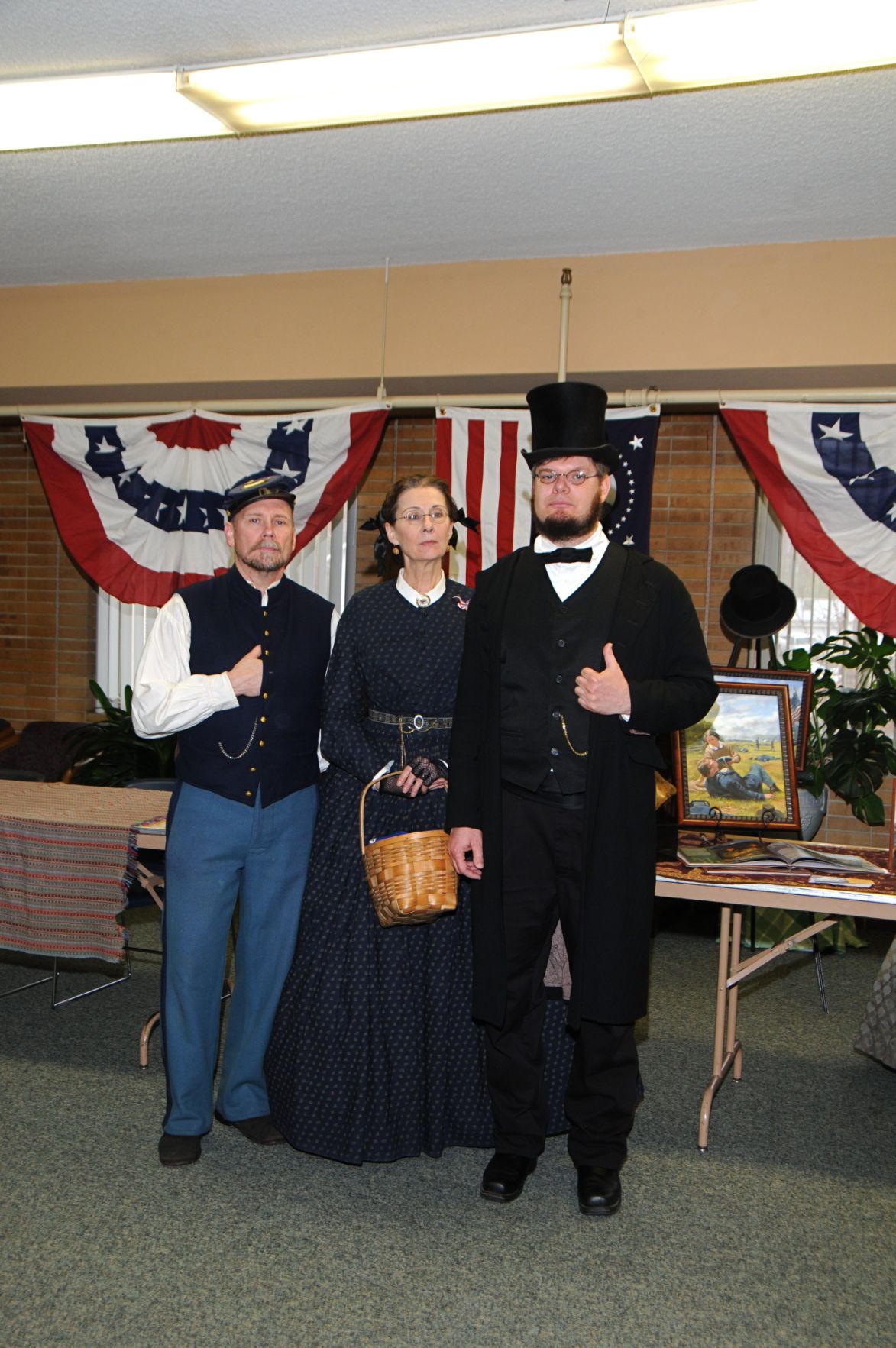 From left: Arn Kind, Susan Hynes and Bryce Stenzel at the 2012 Civil War Symposium. The event benefits the Boy in Blue project to restore Mankato's monument to Civil War veterans.

From left: Arn Kind, Susan Hynes and Bryce Stenzel at the 2012 Civil War Symposium. The event benefits the Boy in Blue project to restore Mankato's monument to Civil War veterans.

When Bryce Stenzel first announced his intention to rebuild Mankato’s Boy in Blue memorial in 2011, he knew a long road lay ahead.

But he and a small but dedicated team of committee members continue making strides toward the $100,000 goal that would rebuild the monument to Blue Earth County’s Civil War veterans that was toppled in a storm and discarded in 1911.

In less than two years, the committee has managed to raise about one-quarter of the project’s cost -- enough to start the replication in earnest.

“We have to have it constructed from the ground up,” Stenzel said, noting that the committee has discovered the company, Robinson Iron of Alabama, that owns the original blueprints. “Now, we’ve got enough to start the foundation.”

It’s a small victory for the Boy in Blue project organizers who are hosting the second annual Civil War Symposium on March 23. Of the $25 registration fee, $15 will be contributed directly to the Boy in Blue memorial.

The event includes a full lineup of local and regional speakers, costumed interpreters and storytellers. And a range of subjects will be covered, from battle specifics to Confederate women to more local events like the removal of the Hochunk people following the U.S.-Dakota War of 1962.

New this year is the Sanitary Fair Bazaar, which is a recreation of the events that served as a sort of silent auction for Union communities to raise money for the war effort (see accompanying story).

“There is still a lot to explore with the Civil War,” said Julie Schrader, owner of Minnesota Heritage Publishing and fellow project organizer. “We tried to appeal to everybody.”

This year’s event focuses on the year 1863, which is commonly held as the year that the war turned in the Union’s favor.

Jefferson Spilman, supervisor of The Landing in Shakopee, is giving a presentation on Minnesota’s legendary First Volunteer Infantry Regiment. He became interested in the regiment that won lasting fame at Gettysburg for its brave charge into the teeth of a Confederate advance when he moved to New Ulm while still in high school.

There, he joined a group of reenactors and commuted with fellow Mankato Civil War enthusiast Arn Kind to and from events. He continues to serve as a reenactor and said the experience only intensifies his admiration for the men of the First Regiment.

“The deeper my knowledge level, the more humbling it is to speak about the soldiers in that unit,” said Spilman, himself a Marine Corps Reserve veteran who said Minnesotans enjoy a good reputation among armed forces, in part because of the First’s courageous acts.

“What a tremendous legacy -- and for Minnesota, a badge of honor.”

Susan Hynes’ interest in the Civil War stems from a direct connection. Like many whose families immigrated to America before the war, Hynes’ has discovered three family members who fought for the Union. Hynes, however, has something many families do not -- a letter written to her great-grandmother from an uncle shortly after the Vicksburg campaign began in late 1862.

Finding herself intrigued by the personal recollections of the war, Hynes began reading diaries kept by Southern women. One by Kate Stone describes the same Vicksburg battles contained in her family letter, except from a Confederate point of view.

“It’s very interesting to look at the war from another perspective,” said Hynes, who is giving a presentation about the Southern women who fought famine, raids and lack of critical supplies such as medicine to keep their families alive. “No matter which side you are on, all mothers miss their sons and husbands.”

Pat Bauer finds herself intrigued by stories as well.

A middle school teacher in Eagan and costumed interpreter at Fort Snelling (along with husband David Geister), Bauer was also chosen to sit on the Governor’s Civil War Task Force. She is giving a presentation about the best children’s books relating to the Civil War -- a topic she knows well given her and Geister’s authorship of “B is for Battle Cry: A Civil War Alphabet.”

“I am endlessly fascinated by what happened to individuals,” Bauer said, “as well as what was happening on the political and social landscape.”

Stenzel, of course, has a long history of scholarship on Abraham Lincoln and frequently portrays the 16th president in historical events. For the symposium, he is giving a presentation about Lincoln’s famous address at Gettysburg on Nov. 19, 1863.

“So well did he articulate why Americans had to fight for this principal in the Constitution,” Stenzel said, “that some see (the Gettysburg Address) as the final articulation of the American idea.”

For more information about the Boy in Blue or the Civil War Symposium, visit www.boyinblue.org, or www.facebook.com/boyinblueproject.