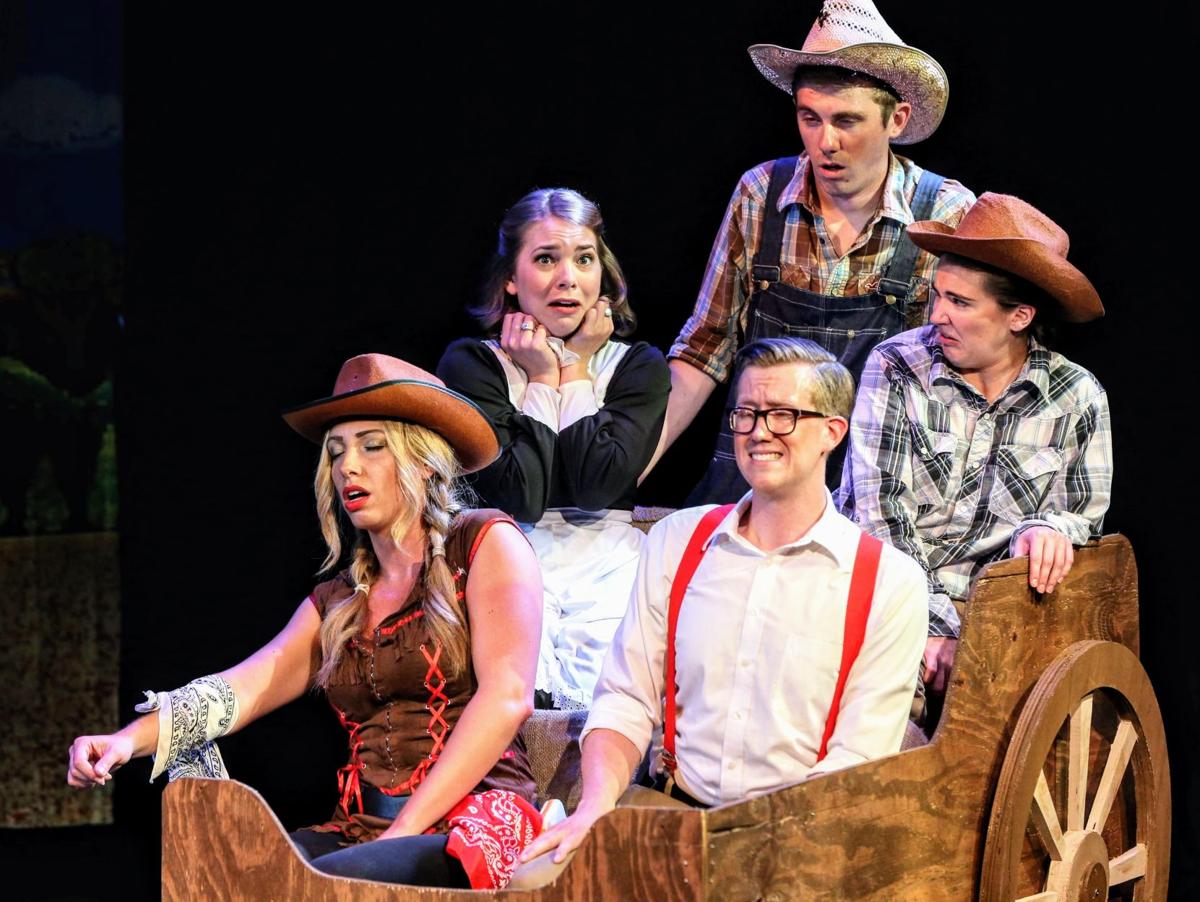 The makers of “Oregon Trail: A Musical” will live stream a recording of the 2015 show Friday night to help raise money for the Minnesota Fringe Festival. Go to Facebook and search for “Literally Entertainment” to find it. 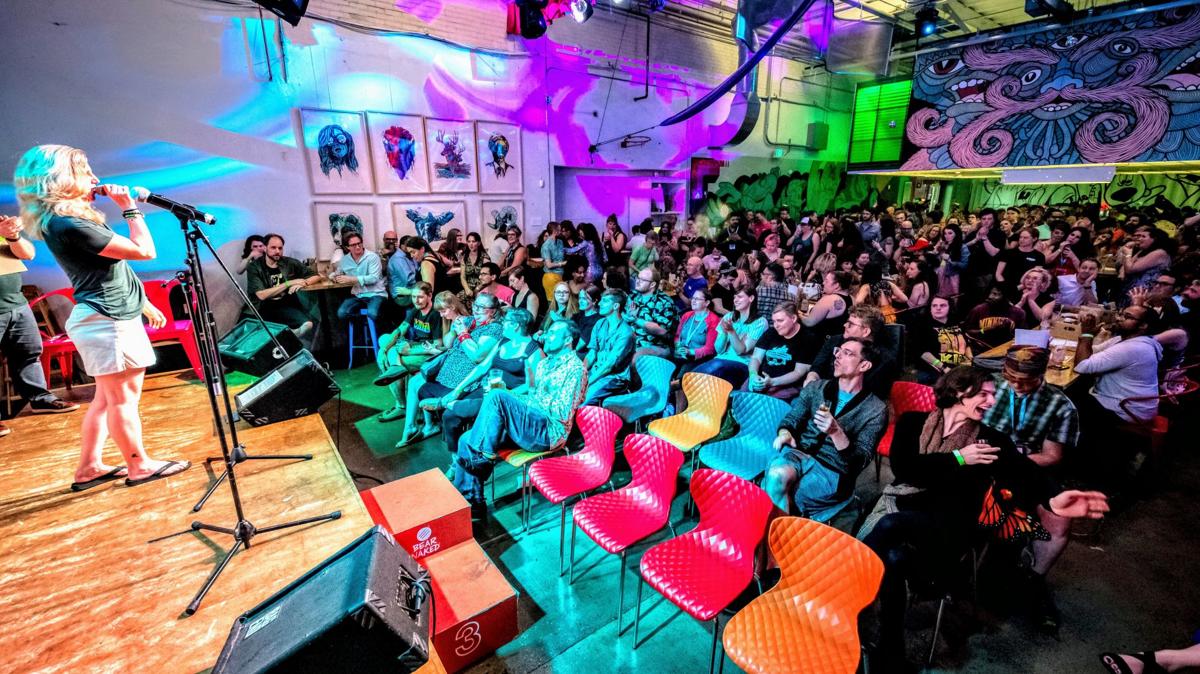 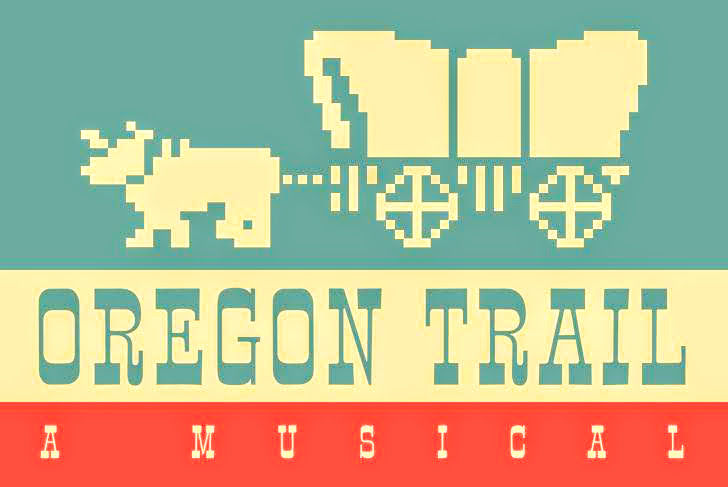 The makers of “Oregon Trail: A Musical” will live stream a recording of the 2015 show Friday night to help raise money for the Minnesota Fringe Festival. Go to Facebook and search for “Literally Entertainment” to find it.

For years, the Minnesota Fringe Festival has been helping artists get some much needed exposure for their work. It provides venues, volunteers and a little bit of cash for the artists chosen to perform during the ultra-hip Twin Cities festival.

For some artists, especially artists pursuing more experimental work, Fringe offers a safe space with adventurous audiences willing to give anything and everything a chance.

But this year, like so much other entertainment, the Minnesota Fringe Festival was forced to cancel because of the coronavirus pandemic. And now it’s busily trying to raise $100,000 to cover the funds not coming this summer from ticket sales.

To help the cause, some artists are looking for ways to give back to the festival that has done so much for them. Among them are Travis Carpenter and Kyle DeGoey, the masterminds behind one of the surprise hits of the 2015 Fringe Festival, “Oregon Trail: A Musical.” (Fringe is typically well represented by Mankato-area performers.)

The pair have organized a watch party of “Oregon Trail” for 7:30 p.m. Friday on Facebook (search for “Literally Entertainment”), and they’re hoping people who watch will not only enjoy the work but also donate to the Minnesota Fringe Festival’s fundraising campaign.

The musical is based on the computer game that was omnipresent in 1980s grade schools. One reviewer, Jay Gabler, described it this way: “Every year at the Minnesota Fringe Festival, it’s often — correctly — observed, there are bound to be one or more shows that take some appealing pop culture trope and slap “the musical” on it. Some of these are good, and some aren’t, but ‘Oregon Trail: A Musical’ is absolutely fantastic. I laughed my way through the entire show, a winning romp through westward expansion as we’ve experienced it in school computer labs.”

“Oregon Trail: A Musical” was one of the top shows at Fringe that year. But in the days leading up to opening night, not everyone thought it was going to be a hit.

Carpenter recalled that, on the first (and only) rehearsal the cast did with the Fringe Fest tech crew, the tech crew was less than impressed.

“By that time we were feeling pretty good about the show and thought we’d get some reaction from Fringe techs … And the Fringe techs weren’t reacting,” he said. “As that three-hour rehearsal went along, it became more like they were actively angry at what we were doing. And this was four to five days before we opened. There was really no time to change or fix anything. … It’s funny. Looking back, we pretty well bungled our way through the process”

They’d been rehearsing at a Minneapolis public park, so when they finally got a chance to be on a stage, they realized they needed to make adjustments.

“That last week we started pumping up the message and really diving into the silliness of the whole concept,” Carpenter said. “And it was fantastic to see how we recovered. Afterward, a tech guy said he’d been doing this for 15 years and he’d never seen a show come that far.”

It ended up being one of the top shows at Fringe that year. As such it was invited back to do an encore performance, and it received a handful of positive reviews and online comments.

Kyle DeGoey wrote the music for “Oregon Trail: A Musical.” He said the actual video game doesn’t really have much music, so he wasn’t able to draw on that for inspiration. So he whipped up a score with nods to “Oklahoma” and “Chicago.”

The fact that there is video to be shown is thanks to DeGoey’s father, who used a video camera to capture the performance. After Friday's watch party, DeGoey said he’ll upload “Oregon Trail: A Musical” to YouTube.

This show was DeGoey’s first attempt at doing a Fringe show. Since then he’s participated in several others with Carpenter. He said their goal is to raise some awareness of the situation Fringe Festival is in, and hopefully contribute to the fundraising efforts.

“The goal is really to give back in some way to Fringe because, without it, I would not have been able to create five musicals with Travis at this point,” he said.

Dawn Bentley, a Mankato native, is executive director of Minnesota Fringe. She said this summer will be the first in 27 years without a Fringe Festival in Minnesota.

“It feels awful,” she said. “It was a very excruciating decision. And it’s not just that we’re just not having a festival. There is an economic ripple and an artistic ripple.”

Minnesota Fringe is part of the U.S. Association of Fringe Festivals. Over the past few days and weeks the leaders of member festivals have been meeting and discussing the status of various festivals. Bentley said that, when two festivals in Canada with dates that bookend Minnesota’s canceled, she knew Minnesota’s would likely do the same.

While the annual festival isn’t the only thing Minnesota Fringe does, it is the main thing, and it accounts for more than half the nonprofit’s annual income. Each year Fringe pays about $250,000 to artists and hires 80-100 people to help run the festival. They also recruit volunteers and line up venues.

Bentley said the estimated economic impact of Fringe on the Twin Cities is about $1.9 million. And as for that fundraising effort, she said they’re already about halfway to their $100,000 goal. They’ve had a few larger donors step up, which has eased the burden.

Fringe Festivals choose their performers via a lottery system. And they’d already held the lottery for this summer’s show.

“We held our lottery, artists were selected,” Bentley said. “We had 98 artists, 15 independent producers (who bring their own venue). Then things went sideways.”

Every performer who was offered a spot in this year’s show will have that spot reserved for them for next year if they want it. Bentley said some performers have said they’ll take it, while others have said they won’t be able to use it.

In any case, she said she’s fairly certain next year’s show will be very well-attended.

“People are hungry to gather,” she said. “We’re humans. We innately want to be with others, and we can’t do that right now. The Fringe is such a great experience.”

An earlier version of this story and the printed version incorrectly listed Thursday as the night of the watch party.

What: Watch party for "Oregon Trail: A Musical"