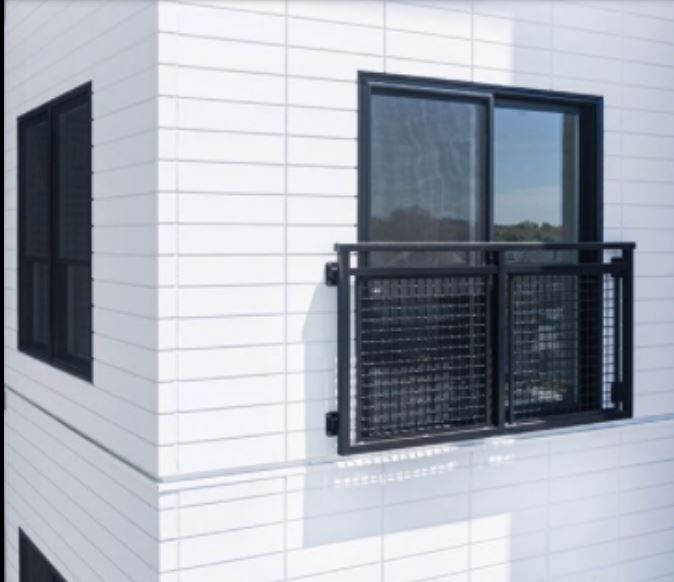 About half of the exterior of a planned 88-unit apartment building in downtown Mankato is to be covered with concrete-based panels which resemble clapboard siding on single-family homes.

The design of a planned apartment complex, which will be downtown Mankato’s largest, has prompted mixed reactions — particularly regarding its many-faceted exterior.w 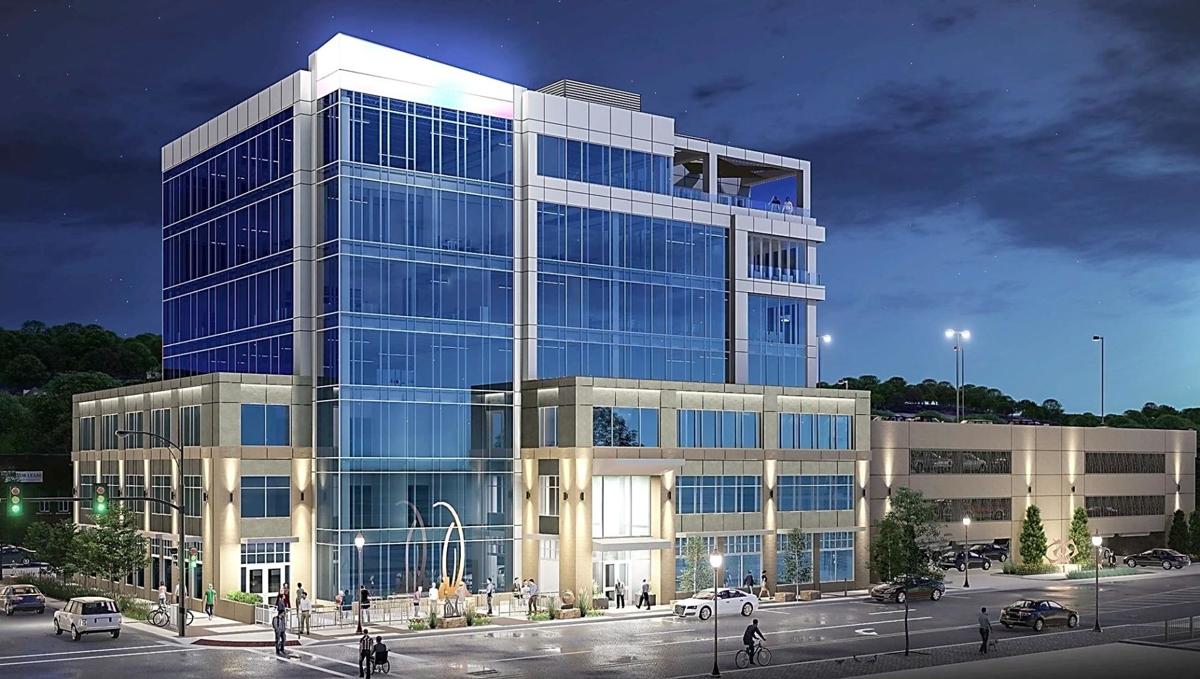 The final design of the Eide Bailly Center was substantially different from what was originally envisioned.

“This is a great project,” Council member Jessica Hatanpa said. “But I have never received more complaints about the way a building looks. ... And it was brought up more than once, coming into Mankato across the bridge, this is going to be the first building that you see.”

The six-story two-building complex — totaling 116 apartment and condo units and featuring a swimming pool, patios, communal balconies, pet amenities and a fitness center — will be easily downtown Mankato’s largest residential development. And it will be in a prominent location at the foot of the Veterans Memorial Bridge, stretching along Second Street from Mulberry to Main streets.

“Maybe they could take into account where the building’s going to be and what’s around it and what are the materials used on the other buildings instead of so many different things,” Hatanpa said at the Nov. 8 council meeting. “I got lots of phone calls.”

The council discussion followed a previous one by the Planning Commission. In both cases, the issue was whether the structures should receive a certificate of design compliance — something required at key entry points of the community and in the central business district.

“The City of Mankato’s Downtown Design District is intended to be the community’s downtown ‘showcase’ business and civic district,” a staff memo to the council explained. “The City Council finds that the area’s visibility, private and public assets, and economic importance gives rise to the need for a special approach to the development of this area.”

Council member Mark Frost, who also serves on the Planning Commission, defended the developer’s right to choose the architectural style of a project.

“This is something he wants,” Frost said of the applicant, T.J. Hofer of ISG, an engineering and architecture firm. “A beautiful building as far as I’m concerned.”

Hofer didn’t speak about the building’s aesthetics at either meeting. However, in a letter to Mark Konz, the city’s associate planning director, Hofer said the building would offer “a new exciting space” for the city center.

“The building has been designed to incorporate multiple material types to create a dynamic and interesting addition to downtown Mankato,” Hofer wrote.

Although Hatanpa was primarily turned off by the large number of different exterior types, one material in particular was the primary focus of the Planning Commission. Large panels covering just over half of the buildings’ exterior have the appearance of clapboard siding most typically seen on single-family homes in residential neighborhoods.

“It’s not been a product that’s been encouraged in our commercial areas because of the residential feeling it provides,” Konz said. “... And the urban design guidelines generally discourage it. But as times change and things change, if it’s a product you’re comfortable with we can send it forward as is.”

While the panels are designed to give the appearance of wood, they are “a cementitious siding product,” according to Molly Westman, a city planner, meaning they have the characteristics of cement.

Frost focused on the durability of the material, wondering if it would stand up over time, and asked if it has been used elsewhere in Mankato. Told it was used on the renovation of the former Lewis Drug on Madison Avenue, which was converted into a strip mall a dozen years ago anchored by Buster’s Sports Bar and Grill, Frost was satisfied.

“I guess I don’t feel uncomfortable with it because I’ve been to Buster’s before,” he said.

“It seemed the community concern was more about aesthetics,” Peisch said. “It looked too residential for downtown. ... Does the commission want 50% of the building to look like that, because nothing else down there currently looks like that?”

Commissioner Andy Wilke asked staff if the building conforms to the city code, only to be told it’s the commission’s judgment in this instance because the proposed siding hasn’t been used in the downtown district before.

“This would be an opportunity for the Planning Commission to weigh in on a material ...,” Konz said, adding that the commission could recommend a replacement material or a reduction in the percentage of the building covered in the panels.

Wilke’s verdict was that the design was fine.

“Based on the renderings I’ve seen, it seems quite acceptable and I guess generally pleasing to me,” he said. “So I don’t have any issues with it.”

The Planning Commission and the council ultimately agreed, unanimously approving the certificate of design compliance.

Hatanpa asked staff, though, to request the developer consider a redesign. She mentioned the changes made to the appearance of the Eide Bailly Center, which is just across Main Street from where the apartment complex — dubbed “The Burton” — is set to open in 2023.

The look of the 2-year-old $23 million Eide Bailly Center changed substantially after poor reviews of the initial concept. In that case, though, one of the reviews was from an influential critic.

“When it came out in the paper, my own wife said, ‘I don’t think that looks good,’ even though she’d seen it before,” developer Tony Frentz told The Free Press in 2017. “I said, ‘Why didn’t you tell me before?’”

Frentz said others made similar comments on social media and few people offered any enthusiasm for the preliminary design. Ultimately, he decided they were right: “I think the new look is a lot better, a lot more beautiful.”

Hatanpa, even while applauding the new apartment complex and making the motion to grant the design certificate, is hoping for a similar change of heart by the developers.

“They may want to take into account what the community actually thinks,” she said.

Frost, however, questioned the motives of anyone criticizing the new complex, wondering if they might actually be people tied to existing apartment buildings or residential developments concerned that the Burton will poach their tenants.

“Maybe they’re afraid somebody is going to take some of their residents away,” he said.