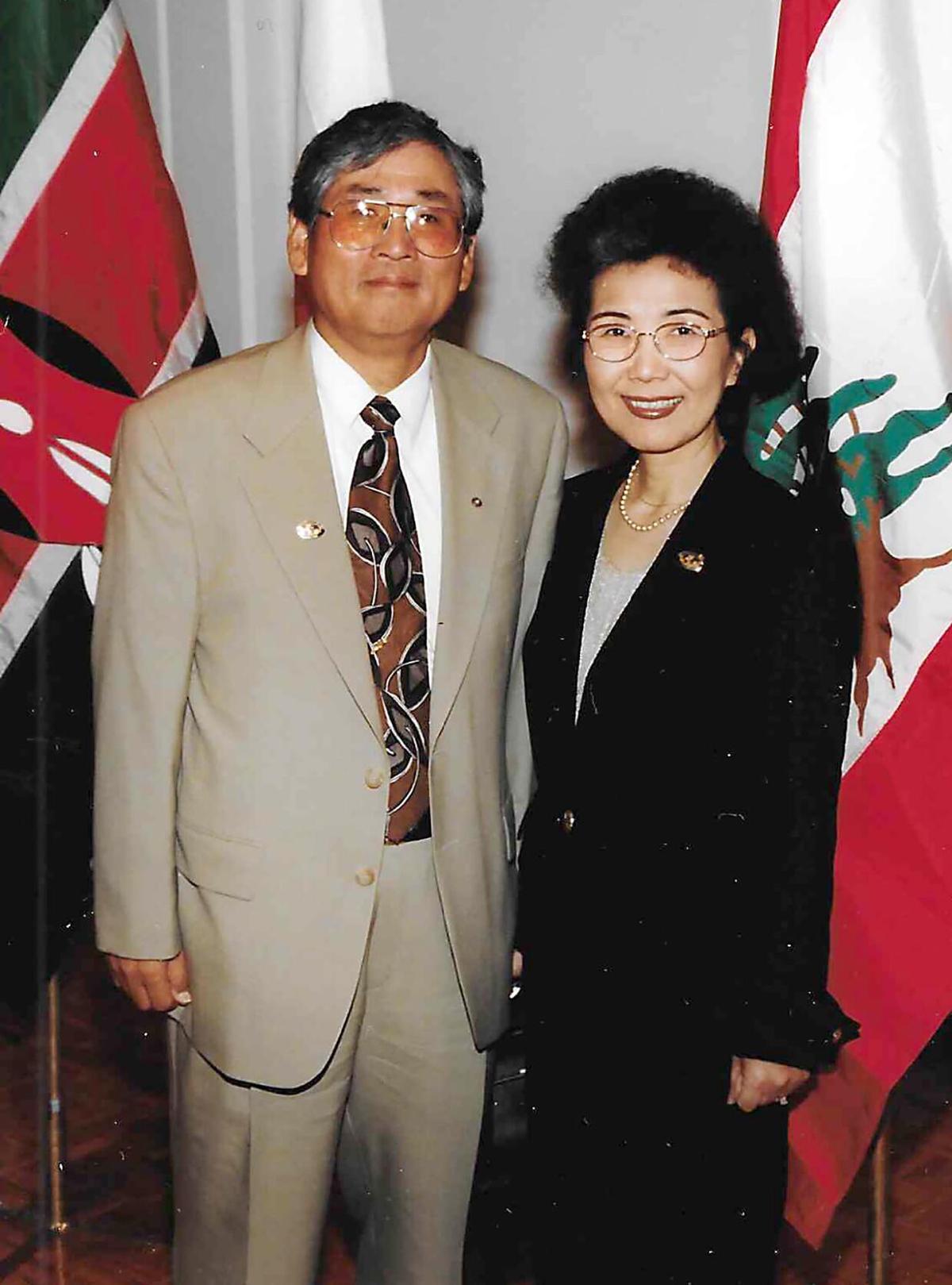 Kuhn Lee and has wife, Bang Won, during a 1998 retirement event in his honor. 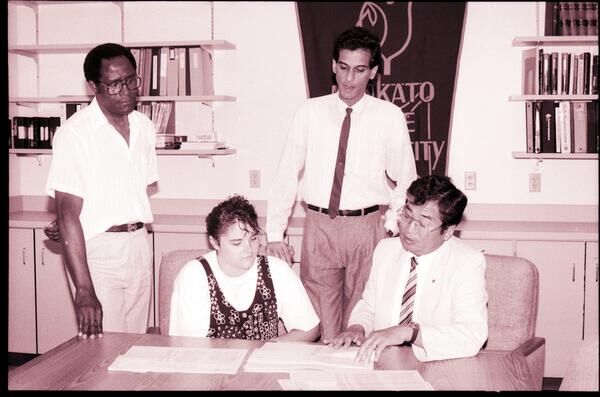 Kuhn Lee and has wife, Bang Won, during a 1998 retirement event in his honor.

MANKATO — You may not have known Kuhn Hong Lee, but if you’ve ever attended Mankato Area International Festival, you participated in one of the events he started.

“Dr. Lee was a wonderful man who worked hard to bring people together,” said Carole Petersen of Mankato, to describe the professor she’d worked with at MSU’s International Student Office for 20 years.

Kuhn Lee died Jan. 21 at his home in Cambridge, Massachusetts. He was 83.

“We were a team,” Petersen said. “Dr. Lee was the director, and I helped the students deal with a new country and a new culture.”

Petersen, a Nebraska native, said Lee was a nurturing and compassionate man. He not only taught her about his native country of Korea, he was open to hearing about her cultural background.

“I learned from him and he learned from me,” she said, adding they’d together attended several state- or national-level meetings related to their office’s program.

After the two co-workers both retired in the late 1990s, they and their spouses traveled together to South Korea. During the trip, Petersen and her husband, Dwain, were treated by Lee to tours of his home country.

Lee was born in Seoul. Around 1970, he and his young family immigrated to Mankato where he earned his master’s in international economics and served as an adviser to foreign students and dormitory residents. He was an associate director for Mankato State College’s Foreign Student Office before he was appointed full-time director in 1972.

The campus site he oversaw was renamed to International Student Office. Its mission expanded to include the development of social programs and activities that would also be open to U.S. residents.

Lee is credited with providing the impetus for a popular college-town festival that began in 1976 as a food-theme cultural gathering on campus.

“It was his idea — he wanted people to experience foods from other countries and to build a bridge to all cultures,” said Lee’s daughter, Patty, of Boston.

She and her two brothers, John and Tom, were raised in Mankato, a community that welcomed the young family of new immigrants.

“Everybody was so willing to help us,” Patty said.

She recalled dressing in traditional Korean clothing for the early Mankato international festival that attracted the general public to the college’s campus.

“There was so much food and it was all free.”

In recent years, the annual Mankato Area International Festival typically drew about 4,000 people to MSU, spreading across multiple levels of the student union. It was canceled last spring because of the COVID-19 pandemic.

When Lee retired, he received recognition from MSU for his work building cross-cultural connections and promoting peace and justice.

Lee was a longtime member of the service organization Rotary International. He’d held many leadership roles in the Mankato chapter.

His wife, Bang Won, also was well-known in the community. She operated Lee’s Tailor Shop for many years.

Patty said her parents loved to socialize, especially on Sunday afternoons after church. Her father loved people and Mankato, she said.

Once, she recalled, he was on sabbatical in California for a year; he became so homesick for Minnesota, he came back early.

In 2000, Kuhn and Bang Won moved to the Twin Cities. Eight years later, they moved to Cambridge.

Patty said her father quickly added friends from Massachusetts into his circle. Several people from his new neighborhood cried when they heard of Kuhn Lee’s death.

“He was a wonderful communicator ... curious and welcoming. He always knew everybody’s stories, and when he would tell those wonderful stories to us, it would be with joy.”

Lee’s children have established a fund in his honor that will support Rotary International programs. Information is available at: www.gofundme.com/f/kuhn-lee-memorial-donation.