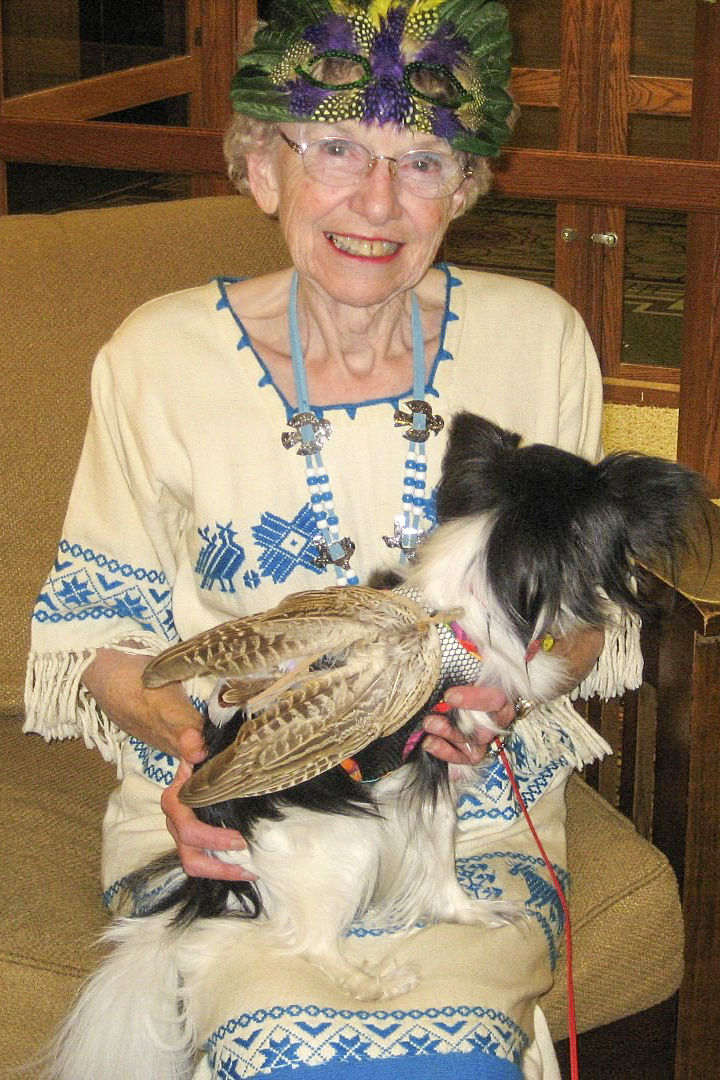 Lois Anderson opened her home to dogs and cats throughout her life. 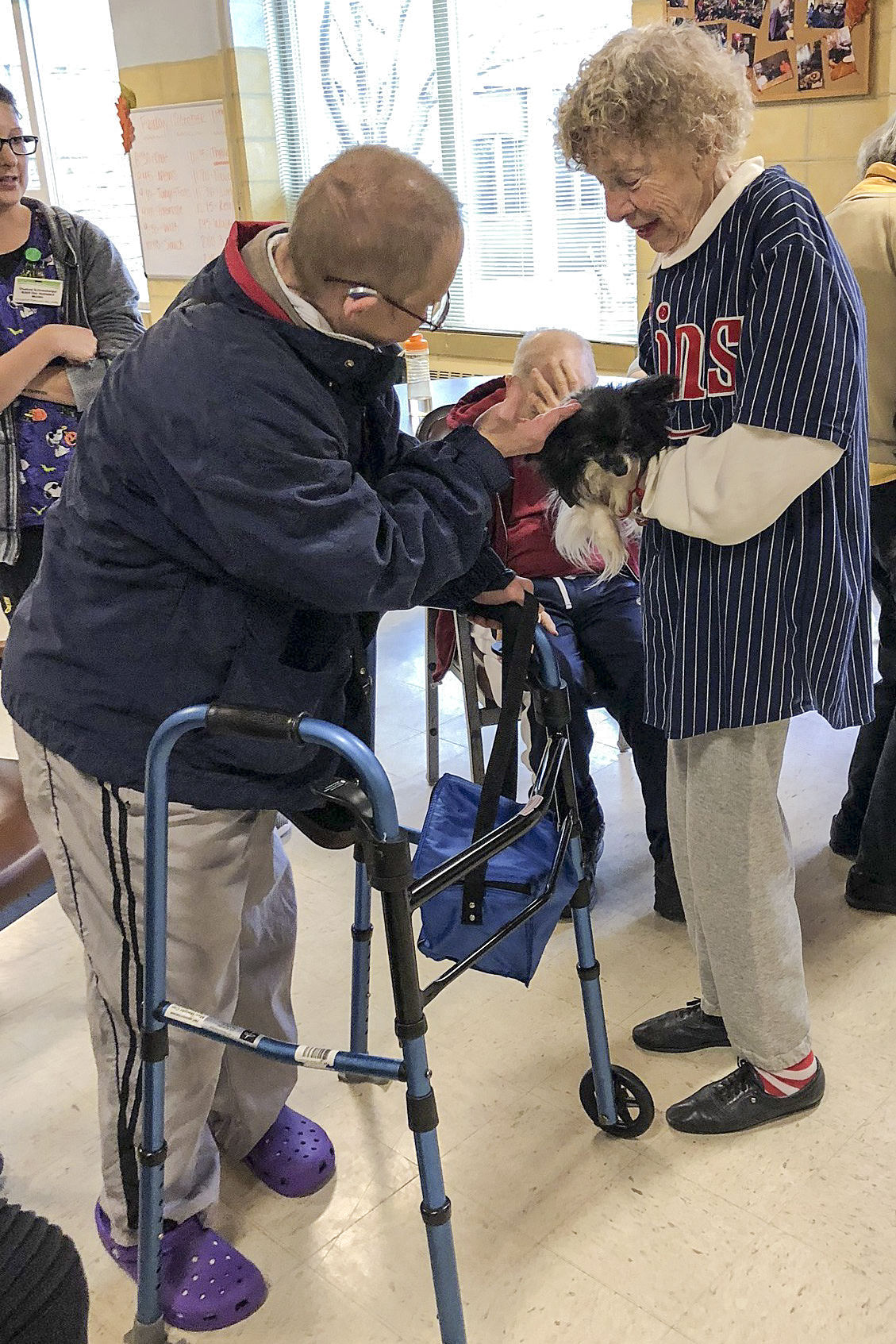 Anderson often brought her dog Raynee to visit people in assisted living facilities, as pictured here at Old Main Village in Mankato in 2018.

Lois Anderson opened her home to dogs and cats throughout her life.

Anderson often brought her dog Raynee to visit people in assisted living facilities, as pictured here at Old Main Village in Mankato in 2018.

MANKATO — Lois Anderson, an animal psychologist and elementary school teacher at schools in Mankato and Waterville for 50 years, often repeated a quote to her own daughter and granddaughter as a mantra for living.

“It’s not enough to be good, you have to be good for something.”

Anderson, 87 — who died on Jan. 19 at Mayo Clinic Health System in Mankato — devoted her life to teaching, animals, nature and putting other people first.

Her daughter, Lisa Meunier, said Anderson instilled in her the importance of leaving things better then you found them, whether it was planting native wildflowers at Williams Nature Center, a favorite place of hers, or turning her backyard into a natural wildlife habitat. On visits to the cemetery, she would pull weeds and clean off the headstones of others.

“We’d go to the park and she’d clean up garbage,” Meunier said. “She lived her life with a sense of contributing to the community.”

Her passion for animals began as a child growing up on a farm in southwestern Minnesota. Her granddaughter, Jennifer Street, of Mankato, said she was a natural nurturer and always had a desire to help others, including animals.

“She named the animals on the farm; the cows, the horses, the chickens, the pigs – anything and everything had value,” Street said.

Anderson was one of the charter members of the Blue Earth Nicollet County Humane Society and volunteered there for much of her adult life, serving as president, vice-president, treasurer and secretary.

Susan Kroon, a longtime volunteer there, met Anderson at a BENCHS board meeting 13 years ago. After Kroon became president of the board, she and Anderson worked closely during a time when the non-profit was struggling to find its feet. She said Anderson had an ability to provide a sense of calm in tense situations.

“When I was first starting as president, we had a meeting that was a little contentious,” Kroon said. “She was sitting next to me and put her hand on my elbow and said, ‘you’re doing just fine.’ Anytime she sensed anything she would be that reassuring voice.”

Near the end of her teaching career, Anderson earned a Ph.D in animal therapy in 1997.

Street said her grandmother had a miraculous ability to connect with animals. She trained therapy dogs and was a founding member of the local chapter of Therapy Dogs International, a volunteer-run organization whose members train therapy dogs and bring the animals to visit people at hospitals, schools and nursing homes.

“She was very connected with animals on a non-verbal level of communication,” Street said. “She was able to understand how an animal was feeling.”

Her uncanny ability with animals led her to become a go-to animal therapist for pet-owners, opening her home to pets. Street said if a family with a new pet was leaving town on a trip, they would drop off their pet with Anderson to work with the animals on reducing aggression and anxiety. When they returned to pick the animal up after a couple weeks, the difference was immediately obvious.

“She was able to calm them down and bring them back to families with tips on how to keep their animals happy, comfortable and understand them,” Street said.

That love of animals provided a learning opportunity for Anderson’s own students in her classroom, from raising butterflies and toads to bringing therapy dogs to class for her students to meet.

Shirley Ruby, of North Mankato, worked with Anderson as a fellow third grade teacher at Roosevelt Elementary School in Mankato. An early advocate for science, engineering, math and technology, Anderson would connect art with science as a learning tool.

Ruby’s own son had Anderson as a teacher in 3rd grade, and one particular class activity had a lasting impact on him.

“For an art project, she had many shapes of tubes and boxes of every kind and they (students) could create something out of these boxes,” Ruby said. “My son thought it was the ultimate, and he turned out to be an engineer.”

“She said you need to have a memory to hook that learning too,” Meunier said. “My mother said in order to be a teacher, you really had to be an actor. She was always performing in the classroom, making it very fun.”

Ruby said Halloween was Anderson’s favorite holiday, and she made an extra effort to make her costumes as realistic and convincing as possible.

“She would dress up in these costumes that you wouldn’t believe,” Ruby said. “The kids would look at her like, ‘Is that really her?’”

Even during her last days, Meunier said her mother remained positive, an attitude she carried throughout her life.

“In her last days, when we found out she was ill, she said, ‘Don’t cry. Don’t be sad. I’ve lived a wonderful life and I’m happy with everything I did. Just celebrate my life.’”