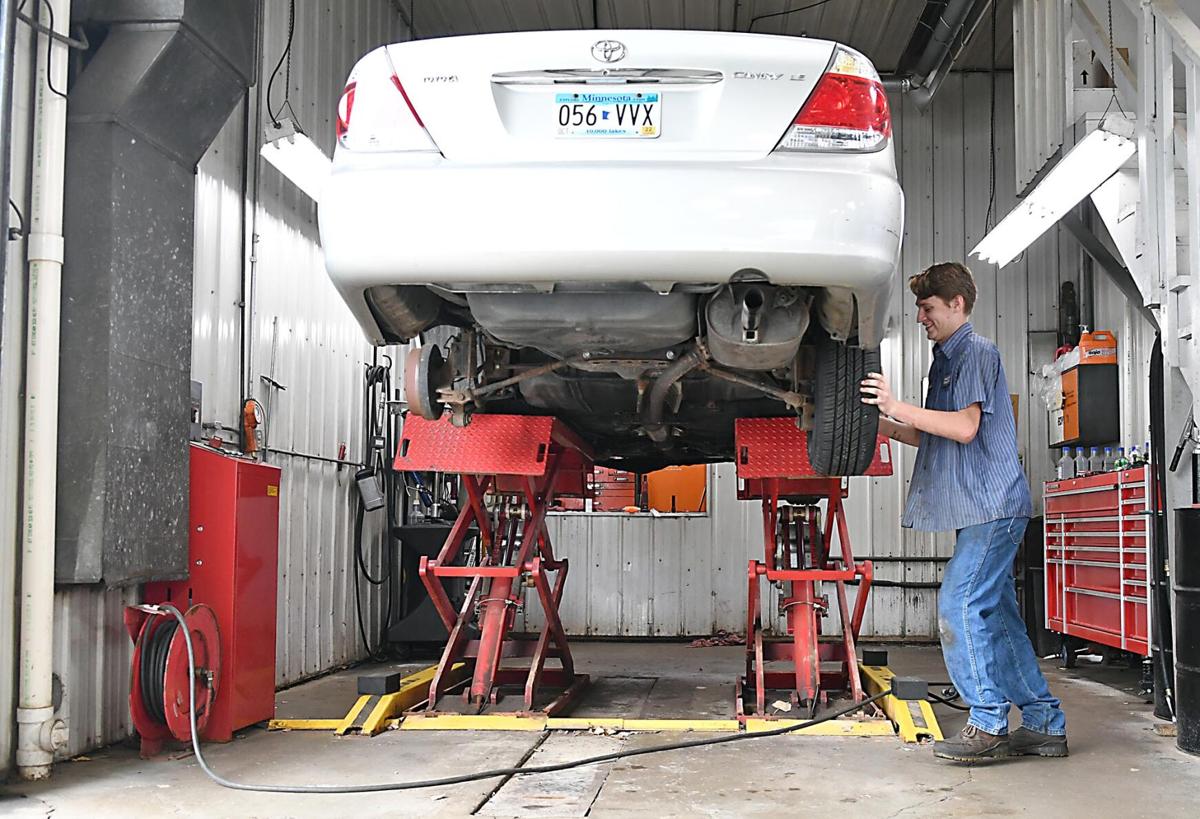 Jake Busch mounts a tire on a car at Austin’s Auto Repair in North Mankato. 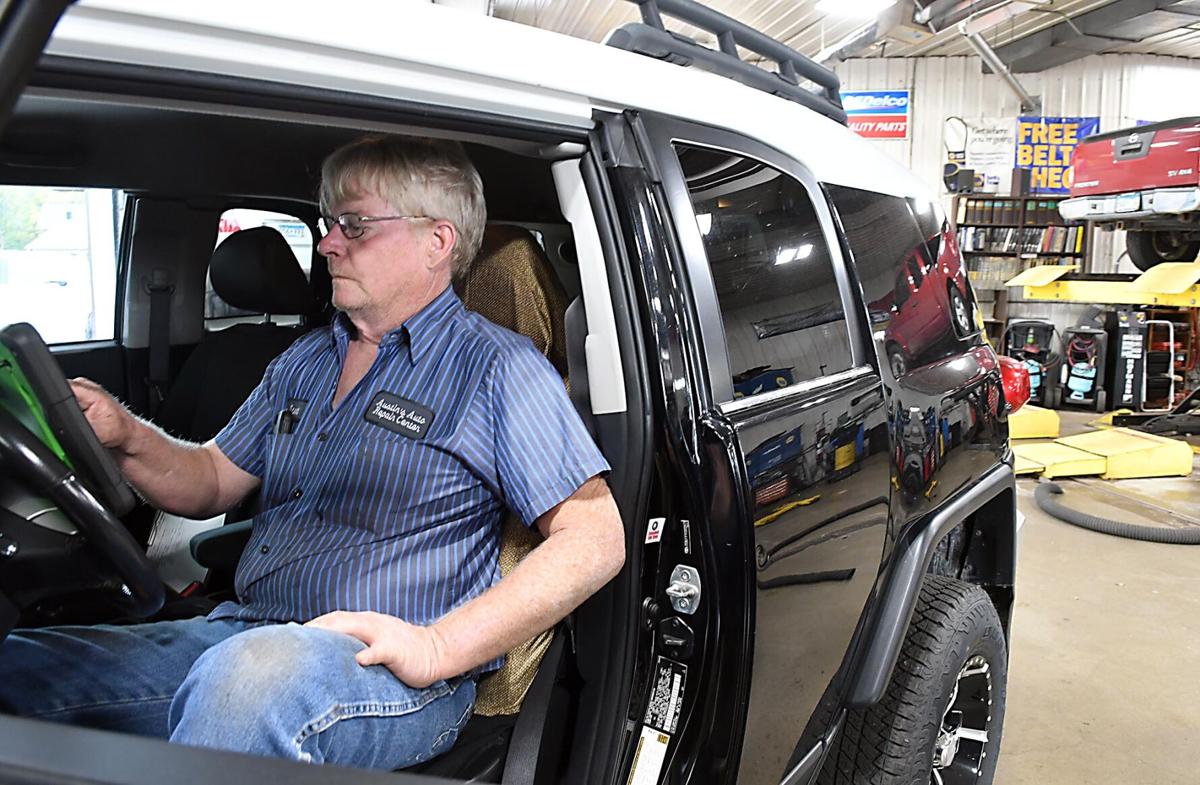 Scott Nelson runs a diagnostic test on a car at Austin’s Auto Repair on Commerce Drive in upper North Mankato.

Lynn and Darla Austin have sold Austin’s Auto, which they ran since 1979, to Matt Ballman (right).

Jake Busch mounts a tire on a car at Austin’s Auto Repair in North Mankato.

Scott Nelson runs a diagnostic test on a car at Austin’s Auto Repair on Commerce Drive in upper North Mankato.

NORTH MANKATO — As a longtime parts salesman, Matt Ballman was well known to Lynn and Darla Austin, who for 42 years owned and operated Austin’s Auto Repair.

Ballman, who had dreams of owning his own business, spent 15 years working in local auto parts stores, including recently as district manager for NAPA corporate.

So when the Austins were planning for retirement, it made sense to hire Ballman in the spring of 2020 to learn the ropes and take over the upper North Mankato repair shop. A couple of months ago, Ballman purchased the business, retained all employees and kept the Austin’s Auto Repair Center name.

“A big thing for me was to keep the whole staff here,” Ballman said. “And I wanted to keep the familiar hometown feel and the idea of taking care of the community.”

Ballman said beyond providing the services customers are used to, he also wants to continue giving back to the community.

“We’re starting to do some charity events, working with Toys for Tots. I want to do things to promote the community and charities and ensure the money stays in the community.”

While he’s overhauling the business’ website, Ballman isn’t planning on any big changes for now. “The next step is to buy all the buildings on the site and then turn the back building into another shop area.”

That separate building has been used to store certain vehicles and other items. Ballman said he’d like to convert it into another shop space, perhaps to do diesel work or just to have more space.

Austin’s is an ACDelco shop and a NAPA Gold certified shop, a designation that goes to the top 2% of NAPA-affiliated shops. The seven employees at Austin also take ongoing training classes through ACDelco and NAPA.

Ballman said they do some fleet work and vehicle maintenance, but their bread and butter is repairs.

In 1979, just a year after being married, the Austins bought the former Hilltop Citgo gas station in Mankato. Located on Madison Avenue next to Swiss & Madison (formerly Charley’s), the station was converted into an auto repair shop.

The building Austin’s is in, just down the street from Culver’s, was a former building supply center.

The Austins are proud their staff were all with them a while. “All of the employees have been here a long time. We have no turnover,” Lynn said.

The Austins said they’re enjoying their new stage in life, but Lynn said after four decades of running the shop, he’s still getting used to retirement.