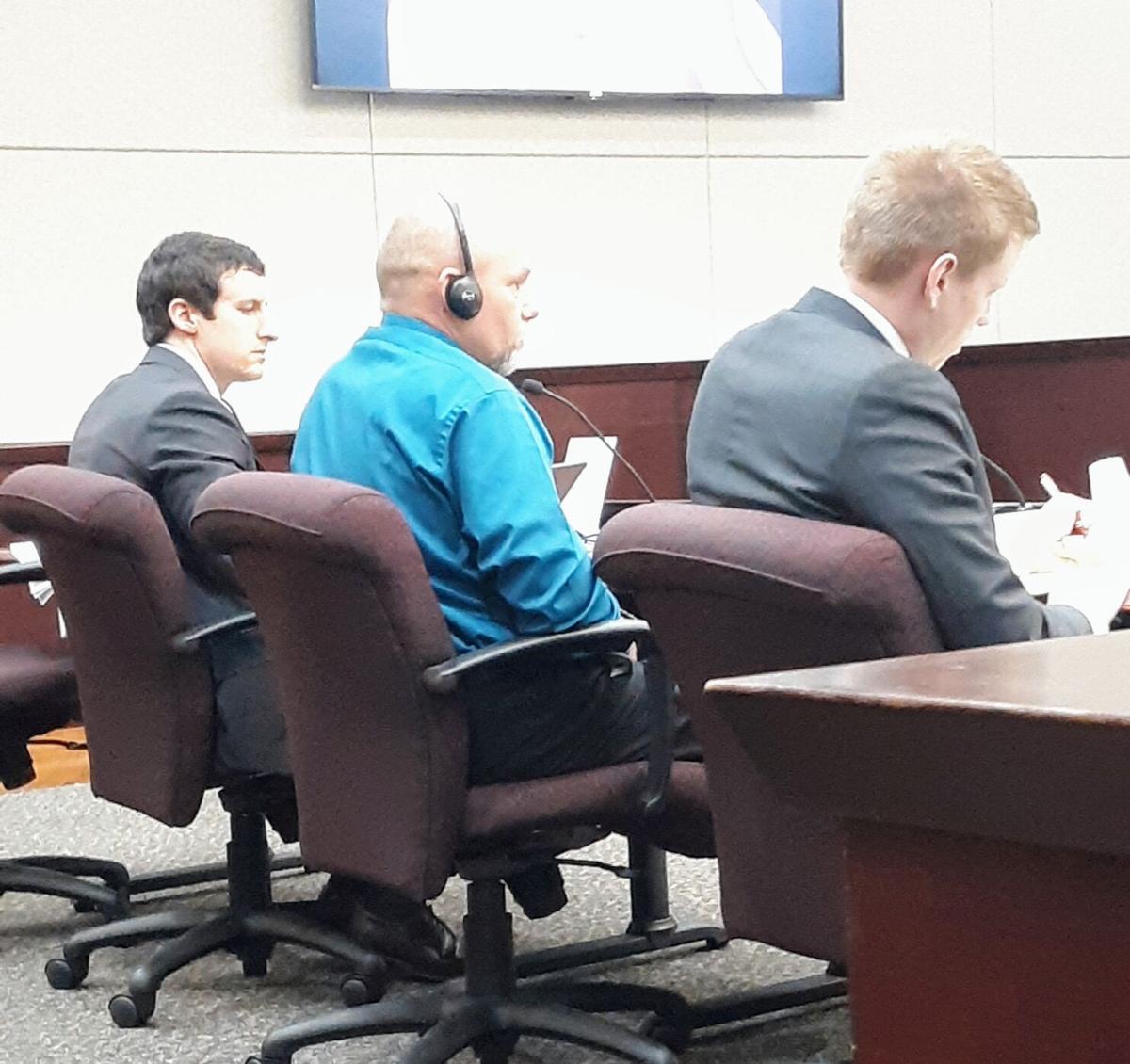 Christopher Kruse (center) is flanked by Mankato attorneys Thomas Hagen (left) and Steven P. Groschen during his murder trial earlier this year in Worthington. The case will be featured on ‘Dateline NBC’ at 8 p.m. Friday. Kruse is hard of hearing so he wore headphones to amplify the voices of those in the courtroom. 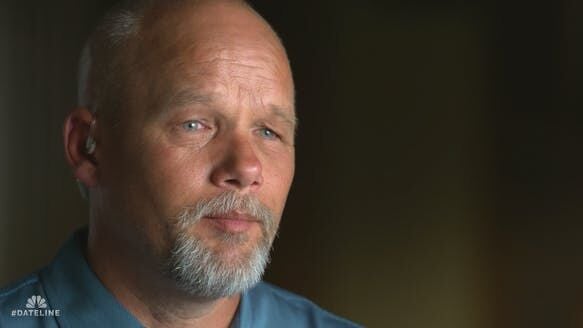 Christopher Kruse (center) is flanked by Mankato attorneys Thomas Hagen (left) and Steven P. Groschen during his murder trial earlier this year in Worthington. The case will be featured on ‘Dateline NBC’ at 8 p.m. Friday. Kruse is hard of hearing so he wore headphones to amplify the voices of those in the courtroom.

MANKATO — Chris Kruse said he was jolted awake one August night in 2015 by two shotgun blasts and found his 40-year-old wife lying next to him in bed with one fatal slug blast through her chest.

Kruse called 911 from the couple’s home in the small town of Brewster, just northeast of Worthington, at 2:30 a.m. and told the dispatcher whoever shot Janette Pigman-Kruse had fled.

Law enforcement eventually focused on the husband, suggesting he wanted to use a life insurance policy on her to help him buy a resort. But it wasn’t until March of 2019 that Kruse was indicted by a grand jury and charged with first- and second-degree murder.

During his two-week trial that ended in February of this year, Mankato attorneys Thomas Hagen and Steven Groschen of Kohlmeyer Hagen Law Office chipped away at the state’s case, and a jury acquitted Kruse of both charges.

The trial drew the interest of “Dateline NBC,” which is airing a two-hour episode, “Far From Spider Lake,” featuring the case at 8 p.m. Friday.

“They called early in the case and said they were going to send a reporter down, but I didn’t think anything would come of it,” Hagen said this week. “Then at the end of the trial a producer came up and asked to interview me. That was a first for me.”

The jury acquitted Kruse, 46, after 12 hours of deliberation.

Prosecutor Braden Hoefert told the jury Kruse was the only person with a motive to kill his wife. The Worthington Daily Globe reported that the couple had been trying to buy Spider Lake Resort, northeast of the Twin Cities, where they had vacationed for years. But they were unable to afford it based on the loan a bank would give them. Hoefert said the $150,000 life insurance policy on Kruse’s wife was the motive for murder.

The state also noted some of Kruse’s interview responses were inconsistent and said a K9 unit was unable to detect a scent trail from an intruder. One of the most damning pieces of evidence was Kruse’s Remington 870 .12-gauge shotgun that law enforcement found in his carpenter’s shop, located about a half mile from the house.

The Bureau of Criminal Apprehension did a ballistics analysis and initially determined the two shots were fired from Kruse’s gun.

And, prosecutors said, Kruse did not appear to try to revive his wife or ask for an ambulance during the 911 call.

The defense argued that Kruse was in shock and didn’t have lifesaving skills, so he couldn’t be expected to try to revive his wife. And they said the psychological trauma would make it difficult for Kruse to recall details exactly the same way each time he told the story. One explanation for the K9 not picking up a trail would be if the perpetrator left the scene in a vehicle.

Hagen said they were able to successfully dismantle the prosecution’s case because the state had a faulty timeline, failed to do good investigative work and because the ballistics on the gun was not definitive.

The prosecution argued that Kruse, a carpenter by trade, shot his wife and then drove to his shop and got rid of the gun before returning home to call 911.

“The state interviewed several people but didn’t follow up, and the timeline they tried to lay down didn’t fit,” Hagen said.

A key in setting the timeline was the fact the Kruses’ teenage daughter, Bailey, was living in the basement and was at home during the murder.

The daughter testified the gunshots rang out close to 2:30 a.m., aiding the defense’s argument Kruse called 911 right after the shooting.

And, Hagen said, they discovered video that supported the case for an intruder murdering the woman.

“There’s a (soy)bean processing plant in Brewster with a video cam that points straight toward (the Kruses’) house. It showed a car leaving from near the house at the time Bailey heard the shot.” That vehicle, the defense argued, was the intruder leaving the murder scene.

Finally, the defense team poked at the ballistics test done by the BCA and subsequent tests done on the shotgun. “The state couldn’t prove with tests that the shells came from the Kruse gun,” Hagen said.

Beyond attacking the state’s case, Hagen and Groschen gave the jury an alternate potential suspect in the murder: the daughter’s boyfriend.

Hagen said the judge allowed them to offer an alternate suspect because the defense had enough information to suggest the boyfriend could indeed be the murderer, including the fact he owned the same type of shotgun as Kruse.

Hagen said that since his client was acquitted there has been no further investigation into the matter by law enforcement. “Nobles County just stopped. It’s an injustice to the Kruses.”

Hagen has since moved to Worthington.

Hagen said the five-year-long case and the trial was an emotional experience for everyone.

“Anytime you represent someone you truly believe is innocent, you have a lot of stress.”