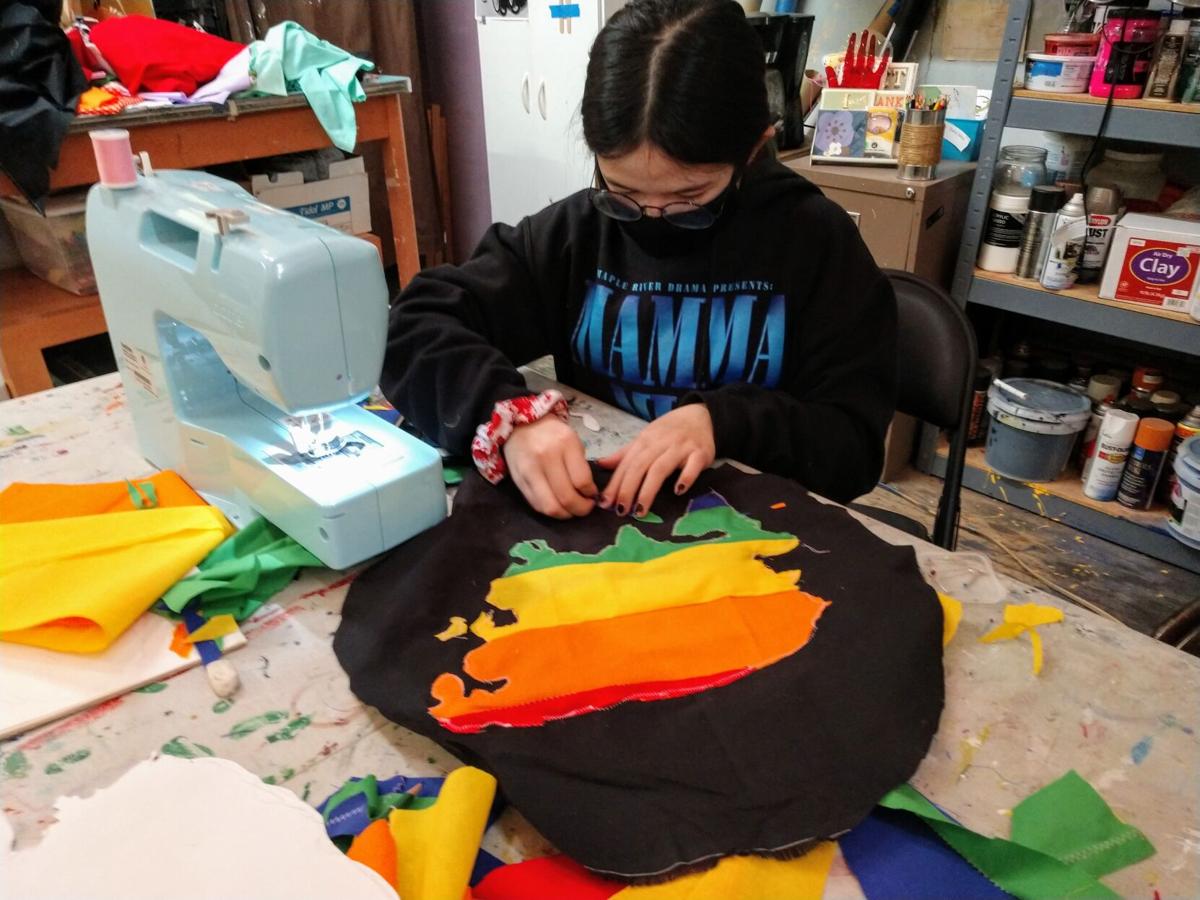 Kaita Bolte of Good Thunder works on her banner, which combines the rainbow flag with the Asian continent. 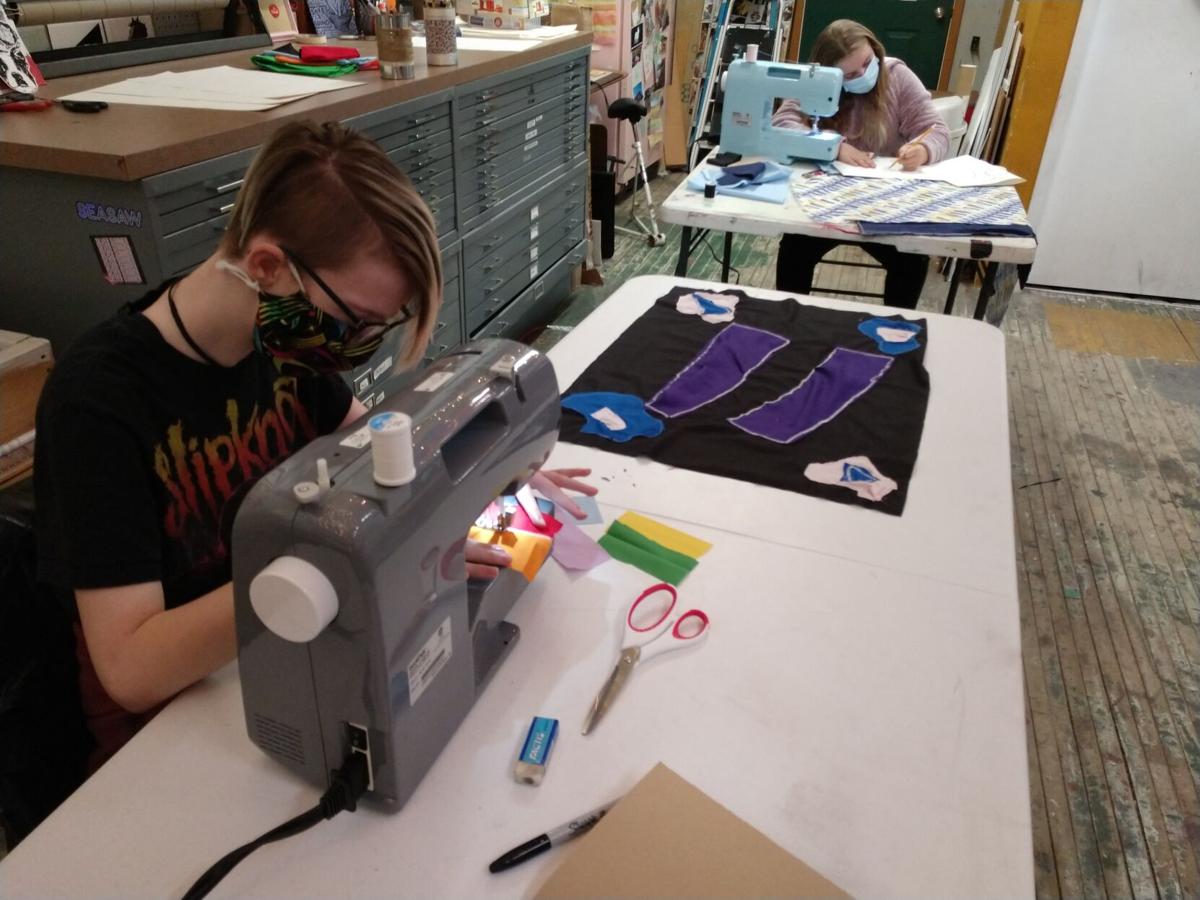 Agate Davis of Mankato, having finished a banner championing gender equality and gender expression, works on a second project Saturday at the 410 Project.

Kaita Bolte of Good Thunder works on her banner, which combines the rainbow flag with the Asian continent.

Agate Davis of Mankato, having finished a banner championing gender equality and gender expression, works on a second project Saturday at the 410 Project.

If the 410 Project provided the sewing machines, the fabric and a bit of discussion, Dana Sikkila had no doubt the young artists would provide the critical remaining elements.

“They’re teenagers,” Sikkila said. “They definitely have their opinions.”

And anyone signing up for a Saturday session at the volunteer-run art gallery on South Front Street was likely to have some creative energy to unleash.

“A lot of people have immense amounts of creativity in their brain and they have no way to get that out at times,” said Sikkala, executive director of the 410 Project.

Saturday’s new initiative — “Bring Up Banner: Youth Advocacy Through Banner Making” — aimed to stitch together the core beliefs of individual kids with some visual inspiration.

Five young people, the max allowed under pandemic rules, heard the call, handed over their $20 for materials, kicked off the afternoon with a discussion about their beliefs and the causes they wanted to champion, got a lesson in sewing-machine basics, sketched out some rough designs, and went to work.

The project might as well have been designed with Agate Davis in mind.

“Art is like my life. I try to do as much art as I can as much as I can,” the Mankato East High freshman said. “If I’m not doing art, I feel weird.”

And is Davis willing to express an opinion now and again?

After settling on a theme of gender equality and gender expression, Davis created a wordless banner with a pair of same-length strips of purple fabric symbolizing egalitarianism, surrounded by a quartet of varying shapes representing individuality: “I’m going to let it speak for itself. Let it have its voice.”

Nearby, Kaita Bolte of Good Thunder was working on a banner that advocates for the rights of the queer Asian community — a piece of fabric precisely cut into the shape of the world’s largest continent, then covered by the stripes of the rainbow flag.

Like Davis, Bolte was intrigued by the possibility of meshing advocacy of a cause with creative expression.

“This kind of spoke to me,” the Maple River seventh-grader said. “It just sounded really fun to do, and an opportunity to get my creative juices flowing, I guess.”

More opportunities are coming for others similarly motivated. The 410 Project is planning more sessions for coming Saturdays and when a dozen or more banners have been completed, they will be hung on the facade of the gallery for the public to see.

“Put it out there and say something to a bigger audience rather than just that individual artist,” Sikkala said of the public display, adding that it might also provide encouragement and courage to the kids to continue sharing their core beliefs. “It’s giving them that confidence and showing them that what they’re creating is important.”