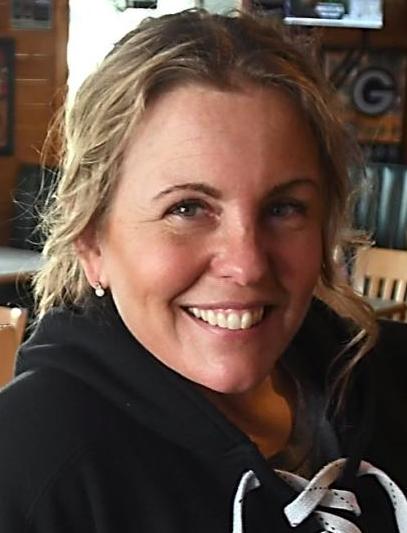 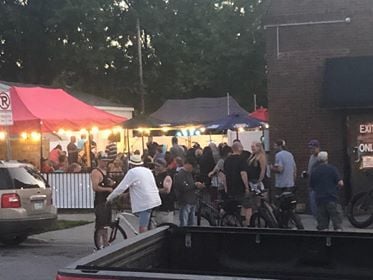 This photo of Spinners Bar taken Saturday night was posted on social media, with some saying social distancing was not followed. The bar’s owner says the business and patrons followed rules but a group congregated outside the fence on public property.

This photo of Spinners Bar taken Saturday night was posted on social media, with some saying social distancing was not followed. The bar’s owner says the business and patrons followed rules but a group congregated outside the fence on public property.

“I’m saddened by it. I feel defamed. We tried to do everything right and someone takes a photo,” said Oachs, who is a North Mankato City Council member.

The bar had its first live music outdoors on its patio area Saturday night and Oachs said they took reservations the week before, limiting the number of people to 50, which is less than half of their outdoor capacity of 120.

As the night progressed, people walked up hoping to get in or hoping someone would leave one of the tables so they could come in, but Oachs said customers weren’t leaving the patio and walkups weren’t being allowed in.

That’s when a group began congregating on the public sidewalk and street, outside the patio fencing.

“We can’t tell people they can’t be on the street,” Oachs said. She did call police about the small crowd on the sidewalk and street.

North Mankato Police Chief Ross Gullickson said when officers arrived most of the group already had left the area. He said there was one man on the sidewalk who had an alcoholic beverage who said he wanted to listen to the music. Gullisckson said he followed orders to dump his drink and he left the area as well.

Gullickson said that since bars and restaurants have been allowed to reopen at reduced capacity inside and outside there haven’t been any serious issues in the city. “It’s been relatively quiet,” he said, saying that people have mostly been good about following distancing guidelines.

Oachs said her staff wears masks, sanitizes door handles and other surfaces, takes reservations, spaces tables and follows all the other safety guidelines from the state. She said people weren’t allowed to dance Saturday night and customers followed the rules. “Customers said they felt safe and had a good time.”

She said being cast in a negative social media light when they did everything properly makes her question whether she’ll soon have music outdoors again. And she said she worries that those hoping to have larger outdoor events that are now allowed under the governor’s orders may be reluctant to do it. That, she said, will only further hurt the economy and people’s livelihoods.