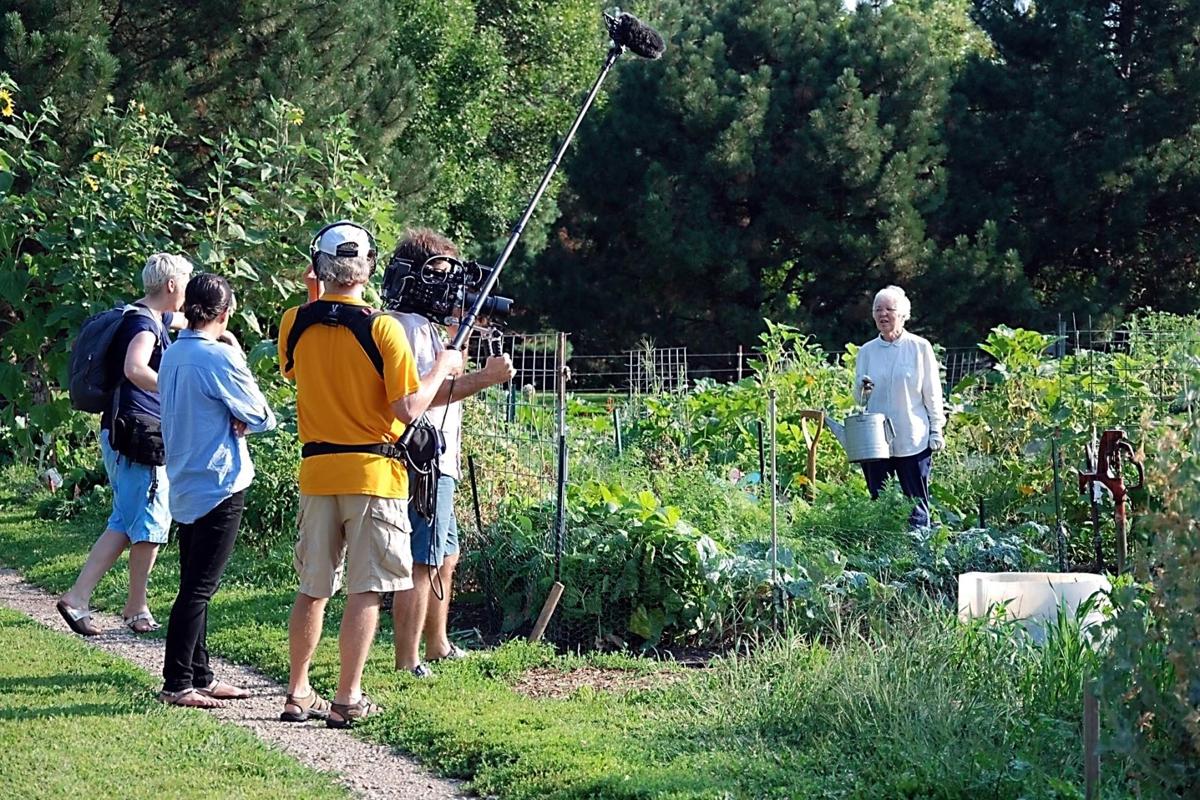 A video crew from the BBC films Sister Kathryn Schoolmeesters in the garden at the School Sisters of Notre Dame campus Saturday. Good Counsel nuns were the original participants in an Alzheimer's disease study that began in 1986. 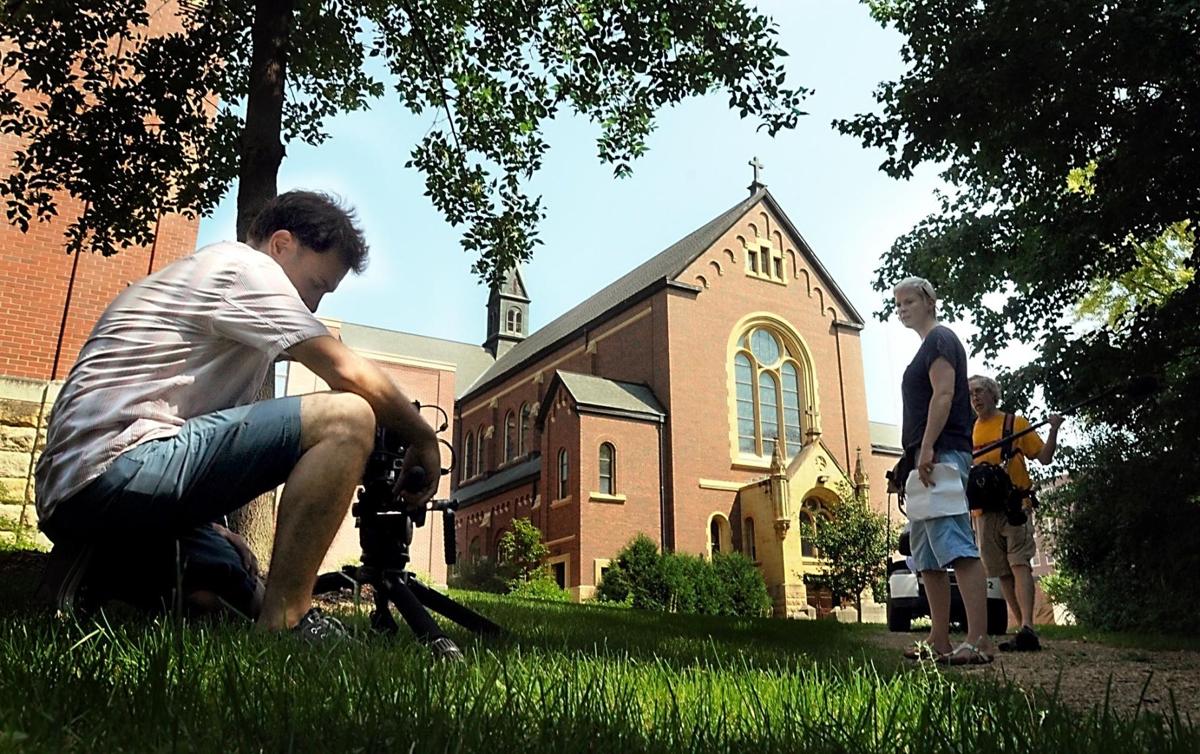 BBC cameraman Robert Hollingworth sets up a shot with producer/director Dani Carlaw while shooting at the School Sisters of Notre Dame campus Saturday. Only one of the 126 Good Counsel nuns who enrolled in the landmark Nun Study remains alive. Photo by Pat Christman 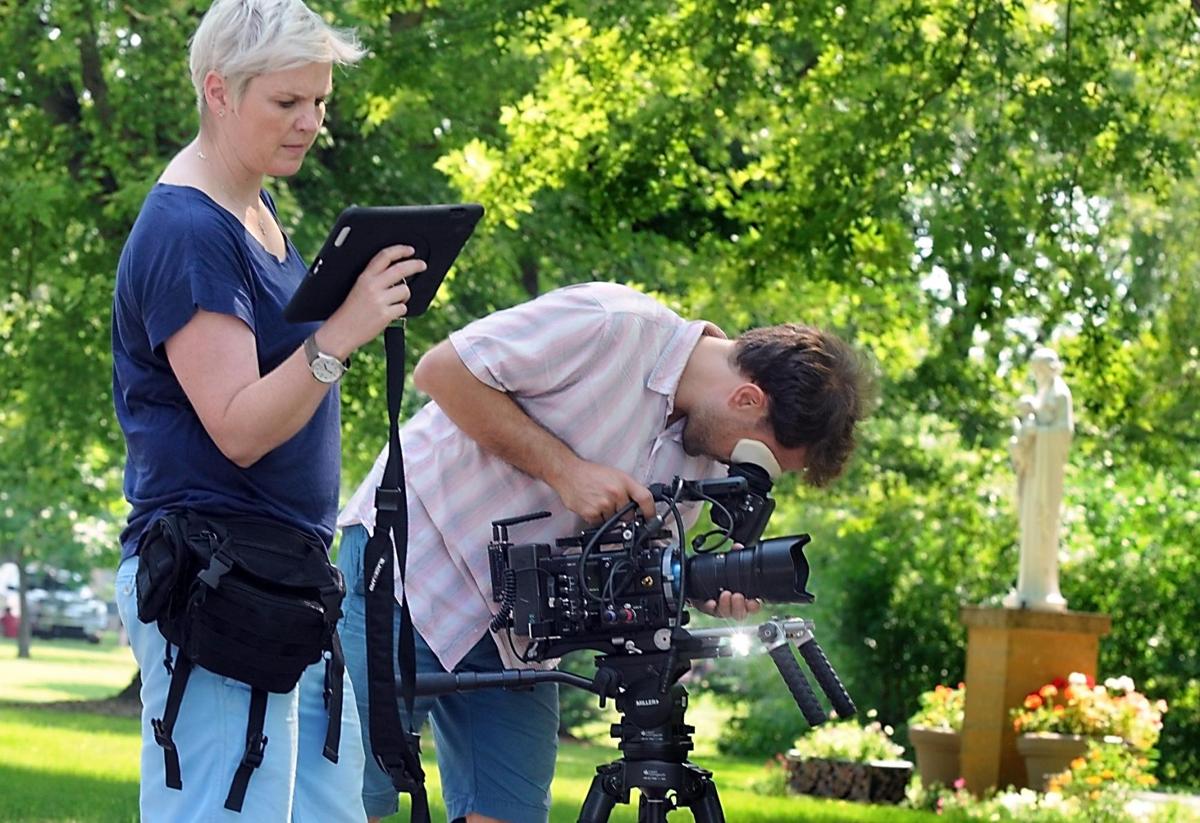 A video crew from the BBC films Sister Kathryn Schoolmeesters in the garden at the School Sisters of Notre Dame campus Saturday. Good Counsel nuns were the original participants in an Alzheimer's disease study that began in 1986.

BBC cameraman Robert Hollingworth sets up a shot with producer/director Dani Carlaw while shooting at the School Sisters of Notre Dame campus Saturday. Only one of the 126 Good Counsel nuns who enrolled in the landmark Nun Study remains alive. Photo by Pat Christman

MANKATO — In some ways, the School Sisters of Notre Dame went about their Saturday morning typically. They celebrated morning Mass. Sister Mary Louis Pihaly played the organ. They gardened.

But as they worked, prayed and relaxed, a film crew from the BBC followed them around the gardens and chapels of Good Counsel Hill. The crew is gathering footage for an upcoming documentary about aging.

The crew, including assistant producer Patricia Reese, are interested in the nuns for the same reason researchers are: their brains.

Since 1986, the sisters here have been enrolled in a study to see how their lifestyles and personal histories affected their chance of developing dementia. In 1990, the study was expanded to six other convents, and 678 people eventually enrolled, each of them agreeing to donate their brains to science.

“What the school sisters have done is set an example of how we could advance science,” Reese said.

That scientific hook grabbed the documentary crew, but the nuns’ personal stories were another reason to bring filming to Mankato, she said.

Take Pihaly, 99, the last surviving Mankato nun enrolled out of 126 original Good Counsel participants. The crew filmed her playing the organ, which she still does every day at afternoon services.

For Pihaly, enrolling in the study was, well, a no-brainer.

Lifelong education is a key mission of the religious order, which is eager to participate in the study, said Sister Charlene Zeisset of St. Louis.

“They continue to educate even after they die,” she said.

The so-called Nun Study has yielded fascinating discoveries, some of which rely on autobiographical stories the nuns wrote many decades ago. Researchers found women who packed more thoughts into their writing were less likely to develop Alzheimer’s.

And women who wrote with the highest number of different positive emotions (like happiness, love and gratefulness) lived 10.7 years longer than the women who used the fewest. That correlation stays strong even when researchers compared letters of equal complexity. In other words, writing with love is just as good as writing with flair.

At first blush, nuns would appear to be poor candidates for research that seeks to draw wide conclusions about the population at large. Perhaps most importantly for a cognitive study, 91 percent of the enrollees in the study have earned a bachelor’s degree — far higher than the general population.

But these nuns have their own virtues to science. They’re quite similar with each other, and comparisons work better when there aren’t a lot of factors — beyond the one being studied, like writing skill — that might explain differences.

They have virtues to the film crew, too.

“They have been super, super welcoming to us,” said Reese, the assistant producer.

The crew spent much of Saturday, their final day of filming in Mankato, gathering the sights and sounds of Good Counsel Hill. They tried to capture bird calls, but the sounds from the nearby mud run overwhelmed the birds.

The BBC documentary, which spends an hour each on the mind and body, is expected to run in England early next year. It could come to the states that spring or summer.

Though the nuns in the study, which only accepted participants older than 75, will soon be gone, their survivors are grateful — just the type of emotion that could help them live longer. And the study paved the way for other long-term investigations of Alzheimer’s. Researchers have learned strong social connections, like these nuns have fostered for so long, may help prevent dementia.

Perhaps researchers will discover our genes, locked in at the moment of conception, set the stage for how we age.

Or maybe the way the nuns live — always learning, together — will be a model for healthy aging.

The Nun Study revealed women who wrote with more positive emotions, even in their youth, had a smaller chance of developing Alzheimer's disease in old age. These passages are taken from a 2001 issue of the Journal of Personality and Social Psychology. To read the study, click here.

Sister 1 (low positive emotion): I was born on September 26, 1909, the eldest of seven children, five girls and two boys ... . My candidate year was spent in the Motherhouse, teaching Chemistry and Second Year Latin at Notre Dame Institute. With God's grace, I intend to do my best for our Order, for the spread of religion and for my personal sanctification.

Sister 2 (high positive emotion): God started my life off well by bestowing upon me a grace of inestimable value... . The past year which I have spent as a candidate studying at Notre Dame College has been a very happy one. Now I look forward with eager joy to receiving the Holy Habit of Our Lady and to a life of union with Love Divine.