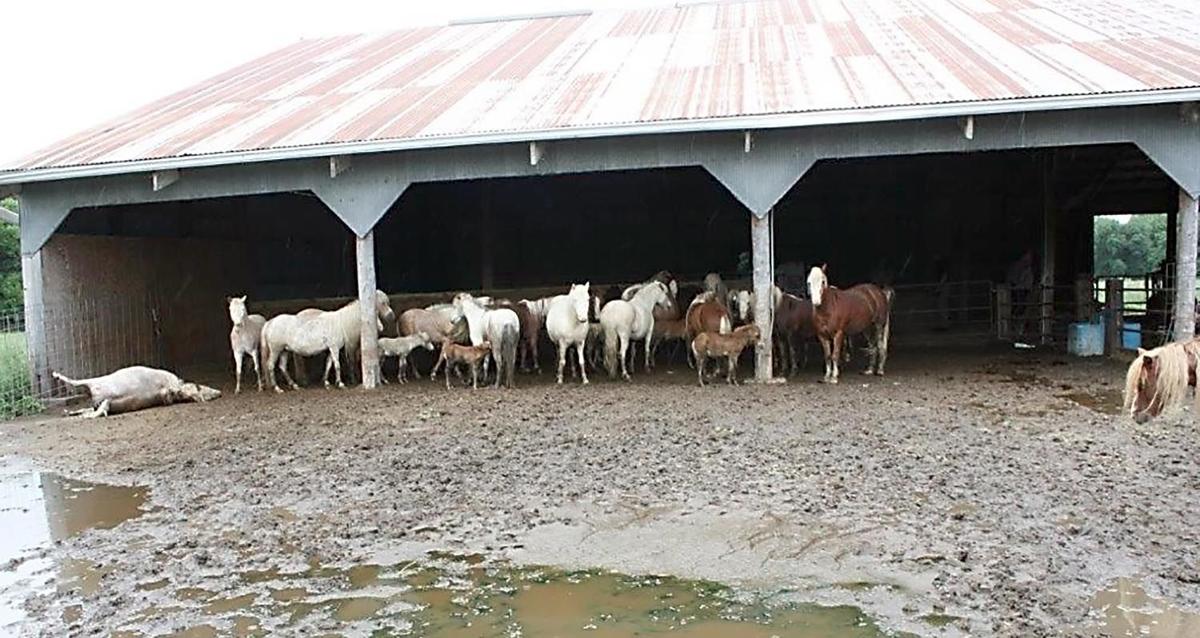 A sheriff’s sergeant observed a dead pony lying under an enclosure at Michael Johnson’s farm in June. The Sherburn vet who has been taking care of the ponies is suing the county and Humane Society for nonpayment. 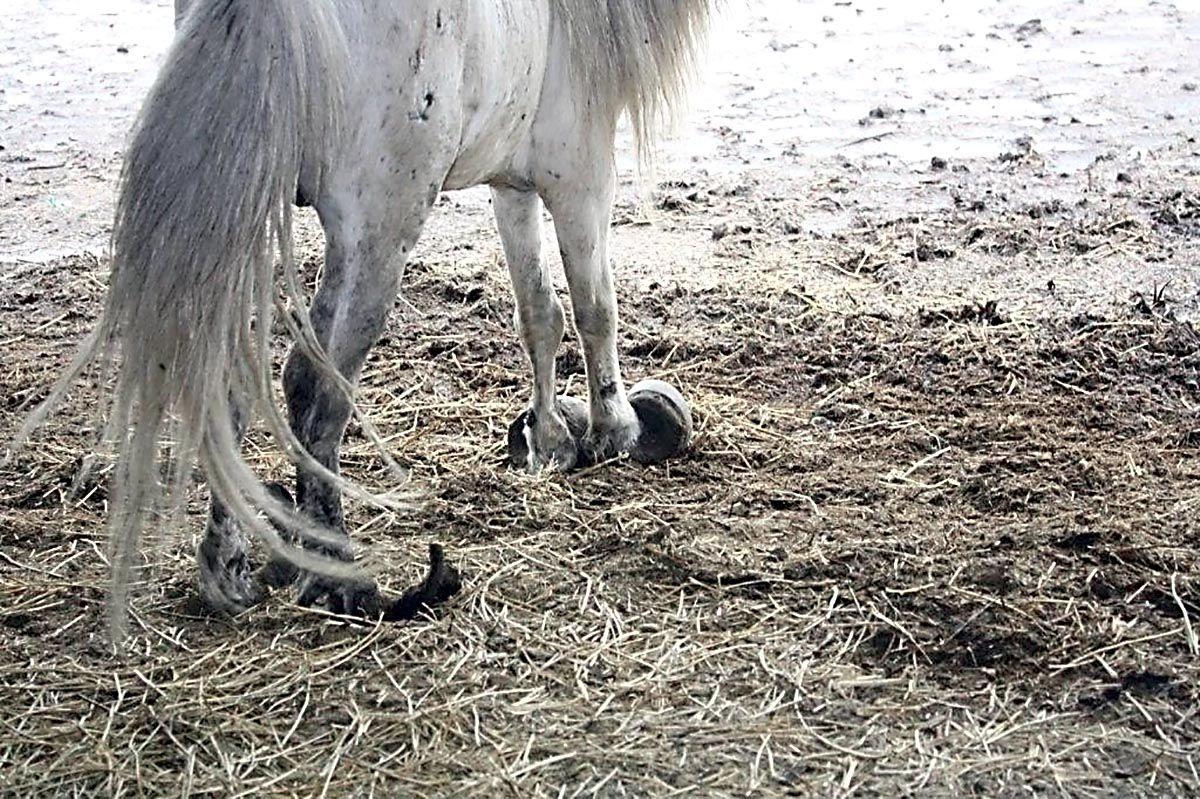 When they were seized from an Odin farmer, some of the horses reportedly had hooves that were up to 8 inches overgrown, the sheriff’s department said.

A sheriff’s sergeant observed a dead pony lying under an enclosure at Michael Johnson’s farm in June. The Sherburn vet who has been taking care of the ponies is suing the county and Humane Society for nonpayment.

When they were seized from an Odin farmer, some of the horses reportedly had hooves that were up to 8 inches overgrown, the sheriff’s department said.

As talks on their future continue between the rural Minnesota veterinarian and the Animal Humane Society (AHS), both sides insist that the other is responsible for a stalemate that has left the horses in Kittleson’s care for more than a year and a half — along with a boarding bill of more than $325,000.

“I think that is a lot of money,” said Kathy Mock, a spokeswoman for Golden Valley-based AHS. Mock said the society has repeatedly told Kittleson that she is free to find new homes for the horses — either by selling them or placing them for adoption — and so is being unfairly charged for their extended care.

Giving the vet permission to dispose of the horses isn’t much of an offer, replied Kittleson’s attorney, Cory Genelin of Mankato.

“Finding homes for 72 horses is not a privilege,” Genelin said. “It’s a task. It’s a chore. You cannot make someone take a negative responsibility.”

The ponies came to Kittleson’s farm outside Sherburn in June 2018 after they were seized from Michael Johnson, owner of a pony farm in neighboring Watonwan County. Authorities responding to a tip charged Johnson with three misdemeanors involving mistreatment of the animals.

Many of the horses had severely overgrown hoofs, which curled up and made walking difficult and painful. Investigators also found several dead horses on Johnson’s property. Johnson was convicted last year of two counts of animal neglect.

Genelin said that when the ponies were seized, Johnson signed over legal ownership to AHS, meaning he can’t be held responsible for payment.

“My client repeatedly said, ‘Pay me,’ and the Humane Society took the position that somehow it was Mike Johnson’s responsibility to pay,” he said.

Kittleson, a veterinarian for 40 years, isn’t coop- erating as most vets do when helping with animal rescues, said Mary Tan, an AHS representative.

“None of the horse rescuers has ever asked us for money,” Tan said. “We work together as partners. Only by working together can we rescue these horses.”

Mock said the society has done “dozens of cases like this involving hundreds of horses, and this has never been an issue before.”

“What’s lost is, there were 70-plus ponies that were in danger, and they were rescued from Michael Johnson and now they are safe,” Mock added. “We did our mission. We acted in concert with local law enforcement and were able to take the animals from neglect and cruelty.” Mock said the AHS paid Kittleson about $5,700 for initial exams and hoof trimming when she first received the horses.

An equine veterinarian in Oregon said that Kittleson’s boarding bills are far too high. Kittleson has been charging $25 per day, per horse.

“She is overcharging to the extreme,” Barbara Kahl wrote in an e-mail. Kahl said she charges $8 a day to board miniature horses.

“Her retirement should not be funded by these ponies, and that is what appears is occurring,” Kahl wrote.

Kittleson said she’s used the same rate that she charges any client for keeping a horse. Even if she sold off the herd, she added, it wouldn’t make her whole. Most of the horses would sell for hundreds of dollars, Kittleson said, while prime stallions might sell for several thousand.

age 82, of Lake Crystal, died on March 31, 2020 at his home. A memorial service will be held at a later date with a full obituary to follow. www.mankatomortuary.com