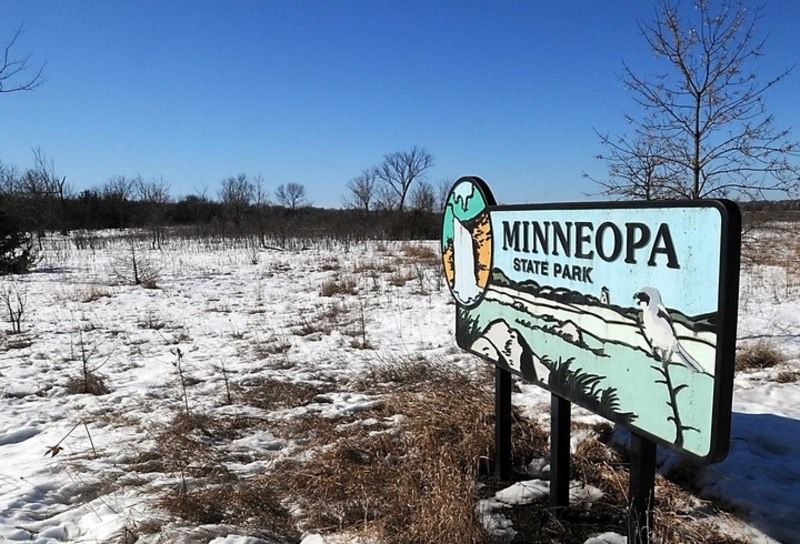 The large prairie in Minneopa State Park could become home to a bison herd. Photo by Pat Christman. 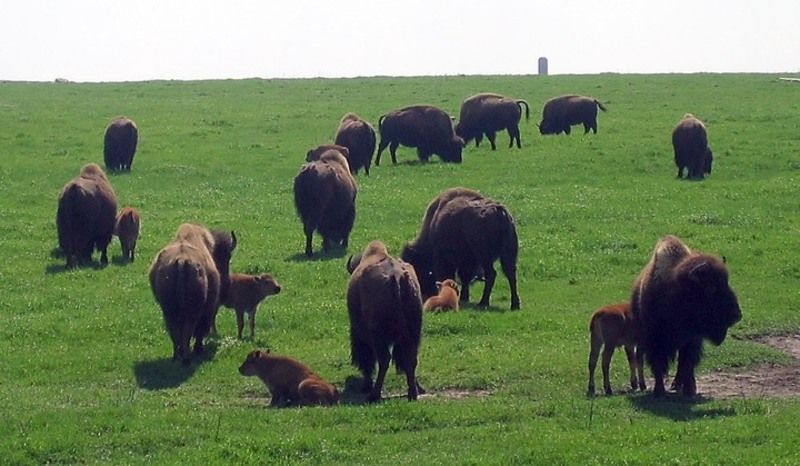 The large prairie in Minneopa State Park could become home to a bison herd. Photo by Pat Christman.

Minneopa State Park's expansive prairie could become home to a bison herd if approved by the Department of Natural Resources following a public comment period.

"If we get bison, it would increase our prairie management efforts (at Minneopa)," said Molly Tranel Nelson, regional resource specialist for parks and trails. "And we want to increase opportunities for visitors. It would allow visitors to have that experience and interpretation, to see a little of what the area looked like prior to settlement." Most importantly, the effort would help expand and protect genetically pure bison.

The bison would come from Blue Mounds State Park in southwestern Minnesota, which has a unique herd that is among the most genetically pure in the nation. If the bison come to Minneopa, it would be a homecoming of sorts. Sibley Park in Mankato once had a zoo that was home to bison. When the zoo was destroyed in the 1965 flood, those bison were moved to Blue Mounds, meaning their genes are among those at Blue Mounds today.

Under the plan, the 350 acres of prairie would be fenced. The size of herd that could be supported won't be determined until grass clippings and other surveying can be done to see how many bison could be sustained from the grasslands. Blue Mounds is 533 acres and can sustain about 75 adult bison. Assuming the grass conditions are similar, that would mean Minneopa could support about 50 adults.

There would likely be a road into the fenced area to allow visitors to view the bison, but Nelson said those and other details are still being refined.

By state law, the DNR must amend the park's plan to allow for such a change. By early or mid April, the DNR hopes to present the plan to the public for a 30-day review. "Then we'll have an open house to get people's input. I think there will be a lot of excitement about it," Nelson said.

Protecting genetically pure bison is being done in only a few places in the country.

Most of the country's bison come from a pool of crossbred bison and cattle. When bison were hunted nearly to extinction, some purebred herds were protected, most notably in Yellowstone and Wind Cave National Park in the Black Hills.

But ranchers began breeding bison with cattle for "beeflo" and "cattalo." Today only about 24,000 of the nearly half-million bison in the United States are pure bison being managed for conservation. A couple of years ago, the DNR in concert with the Minnesota Zoo did DNA tests on the Blue Mounds bison and found they were amazingly pure in genetics.

Blue Mounds provides some purebred pregnant cows to the Minnesota Zoo. If Minneopa gets bison, some of the calves of those zoo bison will be sent to Mankato as well.

Nelson said that when the purity of the Blue Mounds herd was discovered, the DNR realized it could be a player in bison conservation. "That was part of this whole effort (in Minneopa), realizing the herd at Blue Mounds wasn't the size it needs to be to really protect the genetic purity. And you want them in different locations in case a disease or something happens in one place."

When Blue Mounds finds bison with some cattle genes, they often auction them to ranchers to keep the herd size in check and to protect the purity of the herd's genes.

Nelson said bison also will have a major benefit in ongoing, but often stymied, efforts to restore the Minneopa prairie to its natural state. The prairie is filled with cedar and especially invasive sumac that the DNR has cut or burned in a largely losing battle. Nelson said they suspect the bison will help keep sumac in check as they rub on it and walk over it with their massive hooves.

For prairie purposes, bison are also superior to cattle for grazing. Cattle eat not only grass but also a lot of forbs (flowering plants). Bison eat very few forbs.

Bison also help start new seeds to grow by pushing them into the soil as they walk.

"So it's better from a prairie perspective to have bison because you'll have more wildflowers," Nelson said.

The bison wouldn't need much in the way of supplemental feeding, she said. Nutritionally, they get along fine, even in the winter, foraging for grass.

"But at Blue Mounds we give them some big round bales (in the winter) to keep them happy. They say a content bison doesn't touch the fence."

Bison are very resilient and susceptible to few diseases. They, like cattle, sheep, deer and antelope, can get Johne’s (pronounced “Yo-nees”) disease, a bacterial disease that affects the small intestine. But while the disease is relatively common in dairy herds, bison are less susceptible to it.

Minnesota Zoo veterinarians monitor the Blue Mounds bison and any new bison introduced to a herd are tested for any diseases first.

Nelson said there is no specific cost estimate to bring bison to Minneopa, but there is funding identified through Legacy Amendment proceeds and the DNR has applied for money from the Legislative-Citizen Commission on Minnesota Resources for expansion of its bison conservation program. She said final costs will depend on factors such as bids for erecting the fencing and whether a new well needs to be dug.

American bison are often referred to as buffalo, but buffalo are the species found in Africa and Asia, such as the water buffalo.