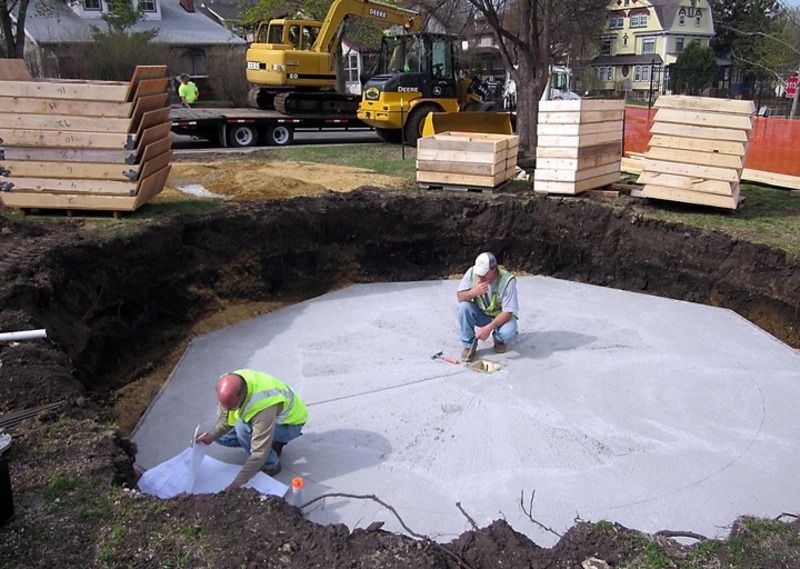 Workers consult blueprints as they prepare to place specially made wooden forms that will be filled with concrete to create walls on the octagon base of the memorial. 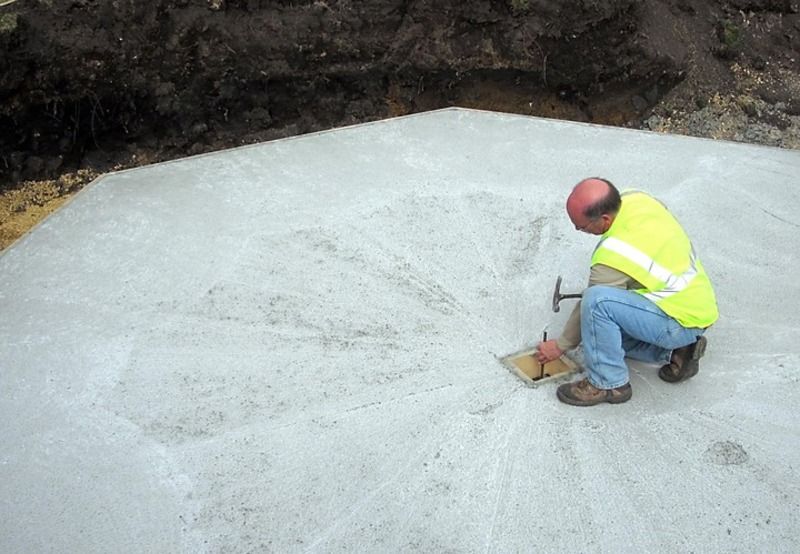 Douglas Coopman of Goodrich Construction works on the base of what will support a pool and pedestal for the Boy in Blue Civil War memorial statue.

Workers consult blueprints as they prepare to place specially made wooden forms that will be filled with concrete to create walls on the octagon base of the memorial.

Douglas Coopman of Goodrich Construction works on the base of what will support a pool and pedestal for the Boy in Blue Civil War memorial statue.

The Boy in Blue will soon have a pool.

Workers are laying the foundation of what will be a large pool and pedestal in Mankato’s Lincoln Park that will be the base for a replica statue of the Boy in Blue, a Civil War memorial that was lost to deterioration in the early 1900s.

“It’s exciting to see it getting started,” said Julie Schrader, secretary and treasurer of the group trying to raise about $120,000 to replace the statue. They have so far raised $33,000, which will not quite cover the first phase of the project.

When Douglas Coopman of Goodrich Construction and his crew dug a 20-foot-wide hole down 4 feet they uncovered parts of the original base that was made of pieces of Kasota stone. They also found the original water pipes coming to the site, which were surrounded by brick.

Working with Coopman are Nathan and Roger Ward, who have found a little extra meaning in the project. Their great-grandfather, William E. Ward, was in the Civil War with the Minnesota Heavy Artillery.

The crew put in a large octagon base of concrete below the frost line and is pouring concrete walls around it, using specially made forms built by Coopman. Eventually a Kasota stone facade will be put on the walls as well as some granite panels on which the names of the 700 Blue Earth County men who served in the Civil War will be engraved.

“We will be selling ‘adopt a veteran’ pavers for each engraving,” Schrader said. People can pay $100 or $200 for the engraving of each paver.

The group is also holding a fundraiser celebrating the start of the project from 6-8 p.m. on May 30 in the park. “We’ll have a Decoration Day ceremony and recreate an old fashioned Decoration Day,” said Schrader of the day that eventually became Memorial Day.

She said the group researched how to recreate the Decoration Day event by reading articles in 1895-1900 editions of The Free Press.

The day will feature an ice cream social, a Civil War cannon brought by the New Ulm Battery and a musket-loading demonstration, among other events.

There are two other upcoming fundraising events:

•July 2 at 7:30 p.m. a Boy in Blue Patriotic Concert will be held at Lincoln Park by the Mankato Area Municipal Band. There will also be an ice cream social.

•On Sept. 28 at noon there will be a Glenwood Civil War Cemetery Walk.

The original Boy in Blue was erected in 1892 by the Alexander Wilkin Post, Grand Army of the Republic. The monument, representing a Union infantry soldier, did not stand for long.

In 1894 and 1911 vandals damaged the monument, and after a windstorm did further damage, the monument was removed in 1927.

More information is available at: www.boyinblue.org.