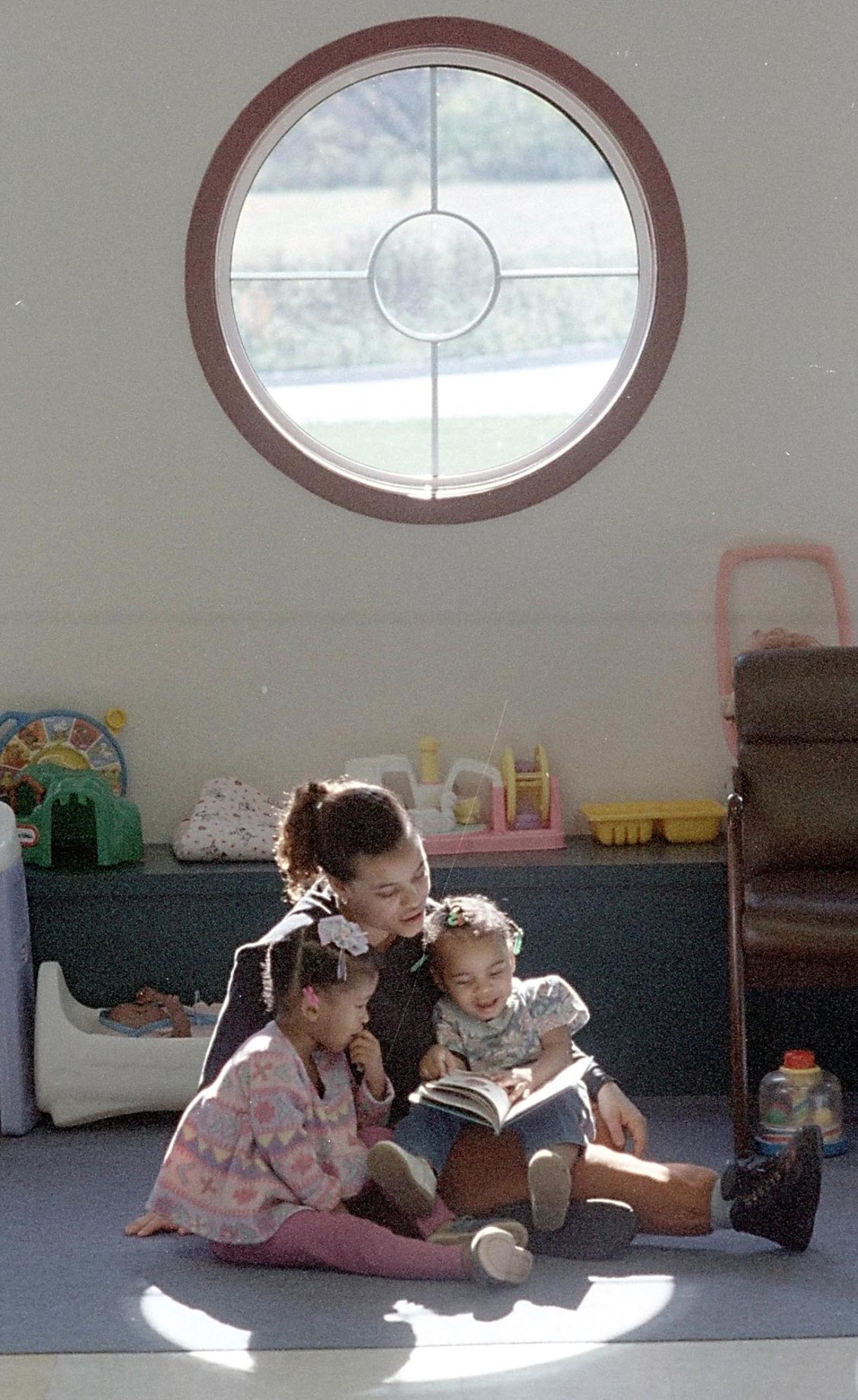 A mother and her children sit in the Committee Against Domestic Abuse’s shelter in 1998. The nonprofit marks its 40th anniversary this year. 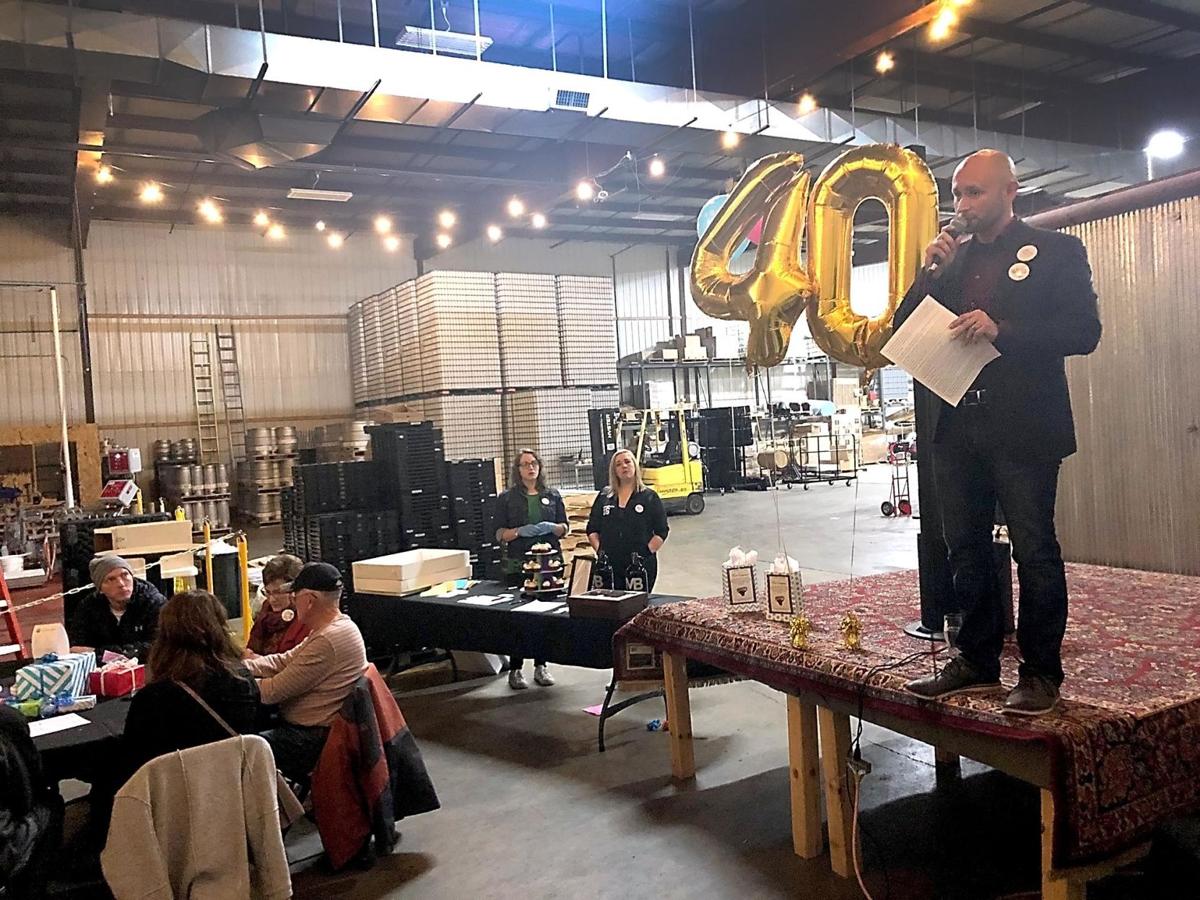 Committee Against Domestic Abuse Executive Director Jason Mack sits at the shelter Friday. At an event celebrating the nonprofit’s 40th anniversary Thursday, he said he once stayed in CADA’s first shelter as a child.

Photo by Pat Christman
1 of 2

A mother and her children sit in the Committee Against Domestic Abuse’s shelter in 1998. The nonprofit marks its 40th anniversary this year.

Mankato’s Committee Against Domestic Abuse has weathered hardships, changed locations, and expanded its outreach during the last 40 years, but its mission to support victims of domestic and sexual violence continues.

The nonprofit reached four decades in south-central Minnesota this year. With funding for its 22-bed shelter and other services never a long-term certainty, it marked the occasion with a packed celebration and fundraiser this week at Mankato Brewery.

“We’ve had a very supportive community, but even still, it’s those people doing the work day in and day out who get the credit,” he said.

CADA has served roughly 2,000 to 3,000 people annually over the last five to 10 years. No exact numbers are available for clients served over its 40-year history, although Mack gave a conservative estimate ranging from 30,000 to 40,000.

The numbers rose dramatically in the last five years. Mack attributes the uptick in part to more people feeling comfortable speaking out after they’ve been abused.

“Some of that is a result of more people coming forward and talking about the issues and being aware of the issues,” he said.

Women who were CADA advocates during its earlier days said societal views on domestic violence have changed in some respects since the nonprofit started. Julie Tilley, an advocate from 1979 to 1987, said there’s now a better understanding of the power dynamics at play in domestic abuse situations.

“So many more people now understand that when a batterer is harming a victim in this way, it’s usually in the context of keeping her under the thumb,” she said. “It’s a unique dynamic about this form of violence, and I think there’s a shift in that understanding.”

Tilley attended the nonprofit’s 40th anniversary event Thursday, joining fellow advocates Valerie Easterlund and Terri Taylor. The three described CADA’s formation as a radical act at a time when little was done to protect victims of abuse or hold the abusers accountable.

“We were saying domestic violence happens primarily to women and there wasn’t a police response,” Taylor said. “And so we were kind of going up against what society was saying about domestic violence.”

CADA opened its first shelter on Second Street in Old Town shortly after Mary Beth Nygaard, Vicki Nielsen and Susan Gwin founded the nonprofit. The shelter took in women running away from abusive relationships while shutting out their pursuers. CADA guardedly fought to keep the location as much of a secret as possible, but it didn’t stop some men from pounding on their doors demanding to see their wives or girlfriends.

Before its organizational structure was formalized, Tilley said, the group acted as essentially a loosely organized feminist collective. Everyone would show up, figure out what needed to be done for the day, then see who could do what.

The advocates would accompany women to court, buy groceries for the shelter, call the county about funding and handle whatever else was needed. They also lobbied for criminal justice reform, joining other advocacy groups in passing orders for protection into law.

Easterlund said the work was consuming. And like any group fighting for social change, they encountered resistance.

“We were talking about racism and homophobia and classism before anyone was talking about it in Mankato,” Easterlund said. “It was a challenge.”

Among other CADA practices, opponents took issue with the group hiring LGBT advocates. Tilley said she remembered thinking the organization could lose its funding after CADA put out a lavender — the color long associated with LGBT causes — edition of its newsletter focused on LGBT issues.

Securing funding was a struggle from the start. The group in 1983 overcame strong resistance to secure an increase in per-diem payments for its services from Blue Earth County, one of the first of many funding fights for CADA.

At times the courts, rather than County Board meetings, were the battlegrounds for CADA. Seven fired employees and three former employees in 1994 alleged they were exposed to unwanted sexual advances by other women working at the shelter.

Taylor, the executive director at the time, was quoted in a 1994 Free Press article saying the accusations were attempts to “sabotage” CADA’s work. Easterlund, an advocate at the time, said Thursday that similar allegations were made against other women’s shelters in an attempt to delegitimatize the services the organizations provided.

The lengthy court case stemming from the accusations ended in a confidential settlement between CADA and the 10 former workers in 1996.

The following year, CADA moved from its more discrete location in Old Town to the current Stadium Court location. The move represented a major change in approach, as the location was no longer as guarded.

Mack facilitated the offender education program before he became executive director. But his connection to CADA dates back to childhood.

During his remarks at Thursday’s event, he revealed he was staying at the original CADA house with his mother by the time he was 2 years old. He noted so many others who worked or work at CADA have similar experiences.

He called on the community to continue its support for CADA, pointing out a federal funding cut could severely impact the nonprofit as soon as 2021. The cut would come from a proposed cap on Victims of Crimes Act funding, which is later distributed to organizations including CADA via states.

“We’re talking about $460,000 per year that would be cut from CADA specifically,” Mack said. “For us that’s a huge number, just to put in perspective, that’s pretty close to our annual operating budget for our shelter.”

Tilley said just as women remain the primary victims of domestic violence, inadequate funding remains an issue for CADA and other advocacy organizations trying to address it.

“Women still aren’t safe in their homes here, and we still have to fight for adequate funding for women and children,” she said. “That’s a problem.”

Mack said the nonprofit’s 40th anniversary is an opportunity to share CADA’s plans for moving forward with the community. CADA just started serving Martin County in October, which puts all counties in Region Nine within the nonprofit’s service network.

“(We’re) really trying to engage with the community and start having conversations about how we’re moving forward as an agency and what role can the community play in it,” he said.