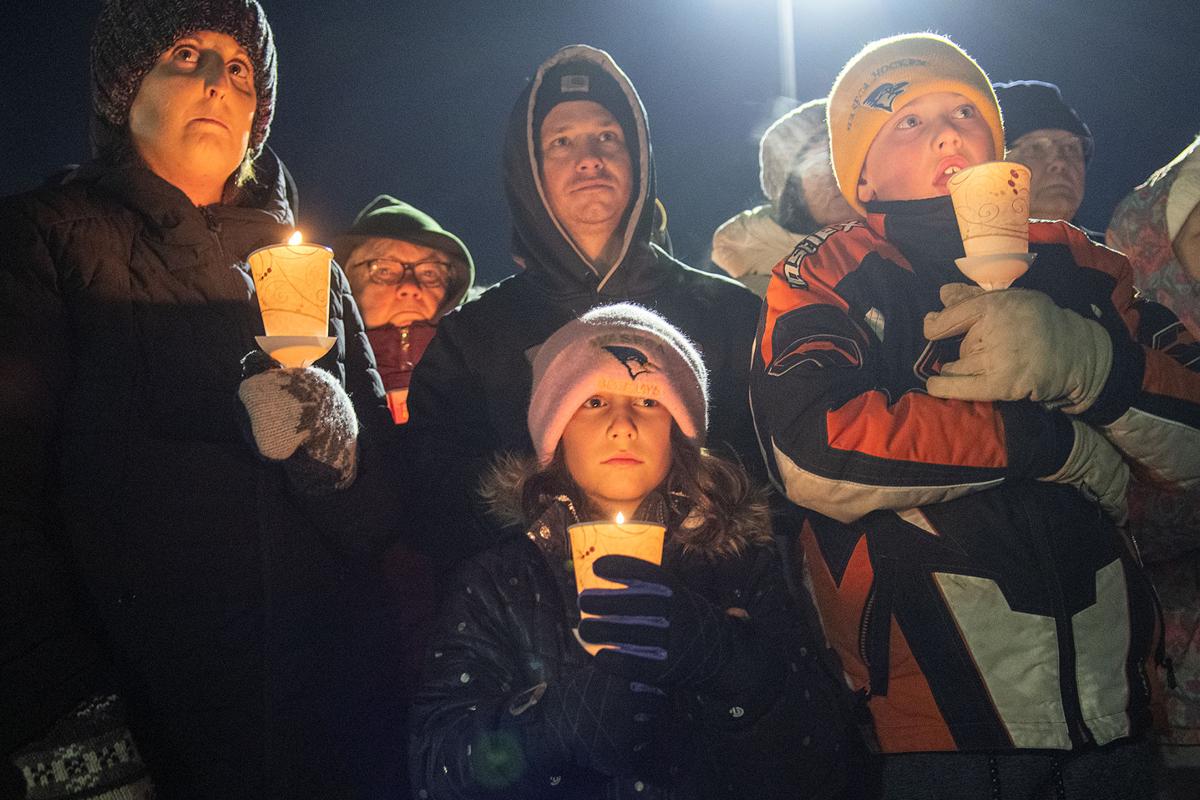 Emy Mann (center), 9, holds a candle at a vigil held for Waseca police officer Arik Matson on Thursday evening outside of the Public Safety building. 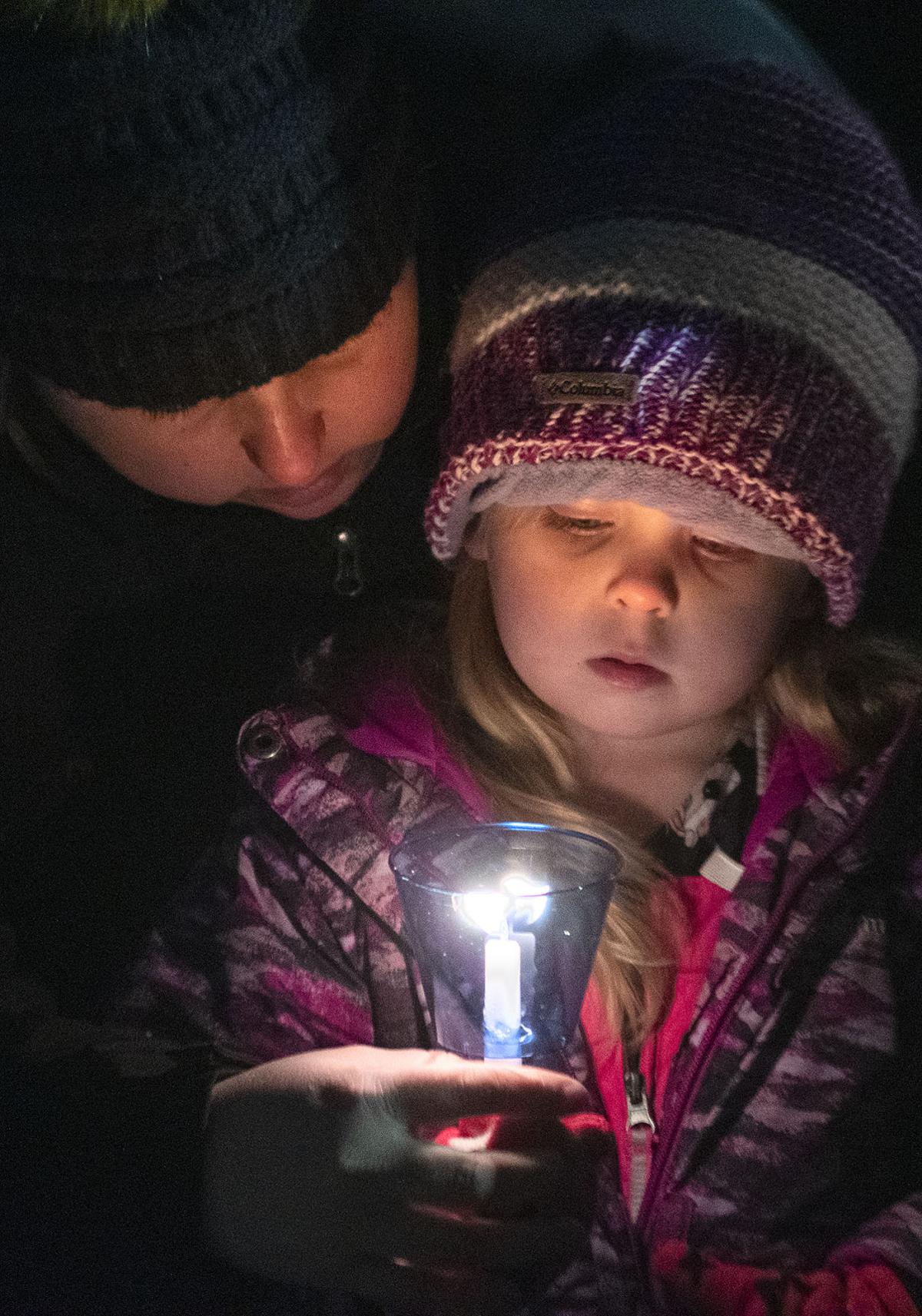 Emily Broeker, 4, gets help holding her candle from her dad, Waseca County Sheriff Joe Broeker, at a vigil for Matson.

Waseca police officer Greta Luiken (right) hugs someone close to Arik Matson after Thursday’s vigil outside the Public Safety Building in Waseca. Luiken said during the embrace she was thankful for Matson’s service.

Emy Mann (center), 9, holds a candle at a vigil held for Waseca police officer Arik Matson on Thursday evening outside of the Public Safety building.

Emily Broeker, 4, gets help holding her candle from her dad, Waseca County Sheriff Joe Broeker, at a vigil for Matson.

Hundreds of Waseca area residents, law enforcement and first responders held a solemn candlelight vigil for Waseca police officer Arik Matson, who was critically injured when he was shot in the head Monday night while responding to a call of a suspicious person.

“We just want him and his family to know we support them,” said Adam Hagre, who was at the vigil outside the Waseca Public Safety Building Thursday night with his children. Hagre, who is on call for the Waseca Fire Department, said his son was in Matson’s DARE class.

City Councilman Allan Rose, fighting back tears, told the crowd it was fitting to come together to honor Matson and other law enforcement as Thursday was Law Enforcement Appreciation Day.

“This community comes together so many times, unfortunately,” Rose said, a reference to other tragedies that have befallen the community, including horrific murders.

Lexi Kanewischer read the “Policeman’s Prayer” to the crowd, including the passage: “Help them keep our streets and homes safe day and night. We recommend them to your loving care because their duty is dangerous.”

Landi Dula, the daughter of a Waseca County deputy and a county employee, said Matson is a funny, caring officer with a passion for working with children. “He was always one of the first to step up.”

Dale DeRaad, a local businessman who knows Matson, was emotional as he took part in the vigil.

“This is what Waseca does. Only in a small town can you feel like this. Everyone gives a lot of love so you have a lot of hope.”

Three members of the clergy, representing all the churches in the community, led the crowd in the Lord’s Prayer and read from Psalm 46:

God is our refuge and strength,

an ever-present help in trouble.

Therefore we will not fear, though the earth give way

and the mountains fall into the heart of the sea,

though its waters roar and foam

and the mountains quake with their surging.

While the vigil was taking place in Waseca, a prayer vigil occurred simultaneously at Hope Church of Albert Lea, where Matson is a parishioner. Matson is a resident of Freeborn and has been an officer in Waseca since 2013.

Matson and two other officers were responding to a suspicious person call Monday night when he was shot in the head, allegedly by Tyler Robert Janovsky, 37, of Waseca, who has been charged with attempted murder.