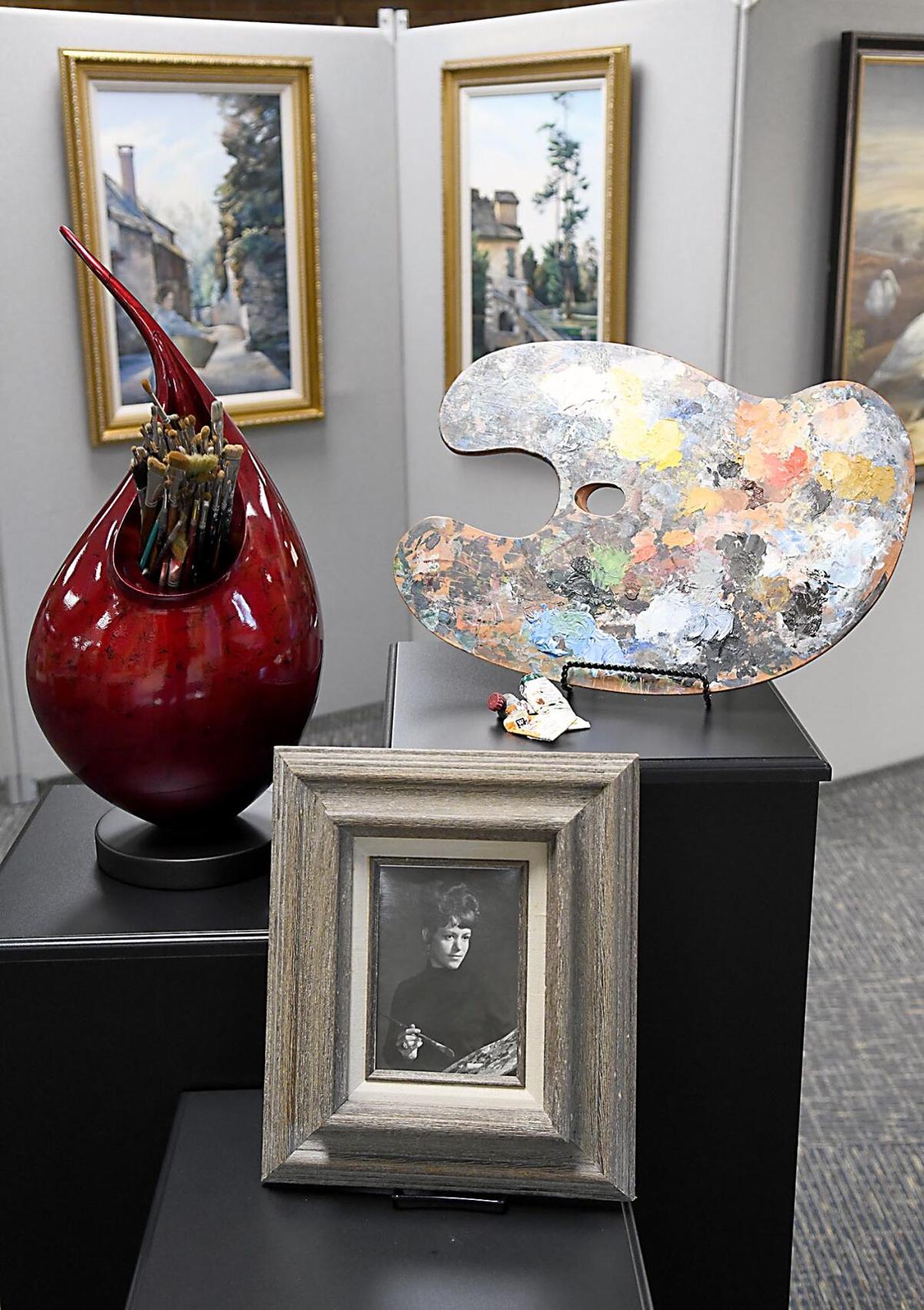 A picture of a young Marian Anderson and some of her art supplies sit at the entrance to the exhibit at the Blue Earth County Historical Society. 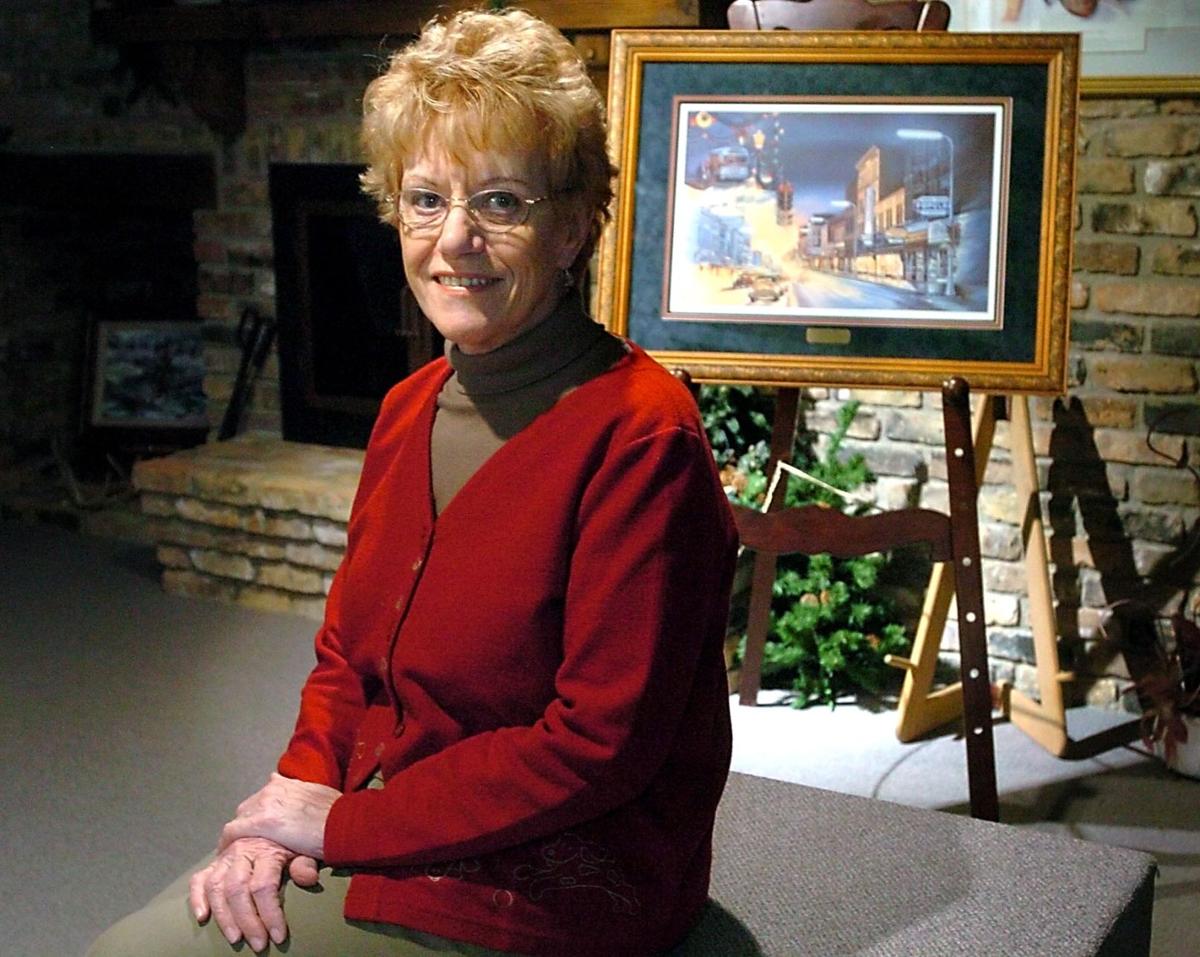 Marian Anderson in 2008 with her 1995 painting “Closing Time.” Saturday has been designated as a day to honor the late artist. A bronze sculpture honoring her legacy will be unveiled at an 11 a.m. ceremony Saturday.

A picture of a young Marian Anderson and some of her art supplies sit at the entrance to the exhibit at the Blue Earth County Historical Society.

Marian Anderson in 2008 with her 1995 painting “Closing Time.” Saturday has been designated as a day to honor the late artist. A bronze sculpture honoring her legacy will be unveiled at an 11 a.m. ceremony Saturday.

MANKATO — Mankato Area Foundation and two area historical societies are collaborating to honor the life and works of a painter known for her landscapes and local scenes, and to recognize the aesthetic and philanthropic legacy she’s left for area residents.

Saturday has been designated Marian Anderson Day by local cities and counties. The 10:30 a.m. unveiling of a sculpture commissioned in her honor will highlight the celebration.

Anderson died Jan. 26 at Birchwood Cottages in North Mankato. She was 84.

A self-taught painter, Anderson enjoyed success in a career choice that does not often provide financial security. Her estate includes funding to support upcoming local artists, the area’s creative community and its history. Anderson’s charitable fund is handled by Mankato Area Foundation.

Mankato Area Foundation is the host of the ceremony planned to unveil a sculpture dedicated to Anderson’s contributions to the area. Creators of the sculpture, Lee Leuning and Sherri Treeby, have updated one of their cast bronzes for the commissioned work in Anderson’s honor. Leuning and Treeby are South Dakota artists who’ve provided several works for the Mankato-North Mankato sculpture walk. Attendees at Saturday’s ceremony likely will recognize the reworked depiction of a little girl working at an artist’s easel, “The World Is Her Canvas.”

The sculpture’s admirers will need to look closely to the sculpture to find a little figure that’s been specifically added to the commissioned work. A mouse wearing a miniscule beret was added to the revised work — a furry little art critic, Leuning said.

Anderson and the sculptor duo never met, but he and Treeby were familiar with her paintings. They also were provided with lots of stories about her to help them prepare for the commission.

“We were told Marian liked mice.”

Examples of Anderson’s artwork, many created in her Indian Lake Road studio, will be on display at the three sites. Receptions for the exhibits will feature entertainment and refreshments.

The art shows will feature works familiar to Anderson’s fans, as well as works previously not displayed in public, said BECHS Executive Director Jessica Potter, who then explained some of pieces on display are on loan from private collections.

Saturday will be an opportunity for people who own reprints of Anderson’s works to view originals of the scenes displayed in their homes. The late artist had wanted her work to be accessible to more people in different ways, so she offered affordable fine art reprints, Potter said.

“I encourage people to come and see the originals (in the exhibits). It is breathtaking to see her brushstrokes right before your eyes.”

BECHS is sponsoring an exhibit of Anderson’s works through mid-September. Some of the paintings on display are works that have never been reproduced into fine art prints, Potter said.

The NCHS’ display, “Marian Anderson: Her Artistic Process,” is the first new exhibit to be shown at the Treaty Site History Center since its recent reopening. The site’s months-long closure was due in part to the pandemic.

According to the Treaty Site History Center’s social media posts, many of Anderson’s paintings were inspired by her love of nature — first experienced when she was a child who liked to explore Nicollet County’s woods and marshes.

Anderson was born near Swan Lake to Elvin and Rose Spiess. She later moved with her family to rural Madelia.

MANKATO — As it celebrated its 120th anniversary this weekend, the Blue Earth County Historical Society announced big plans for its future.